Thailand is known to the world outside as a Buddhist country. Yet it is also true that there is an undercurrent of Hinduism among a widely distributed section of the population. While Buddhism in the land is inspired by the north- western neighbour, Mayanmar, perhaps a stronger influence from her eastern neighbour, Campuchea, by political and cultural conquests, is of no less importance. It is thus that the principal Hindu Trinity, and, by degrees, the subsidiaries became established as the serious objects of worship and sculptural figurization. The present treatise has endeavoured to bring to the fore the extant examples of the Hindu deities and their iconography with the help of illustrations and study of comparative material from prototypes. This has been achieved in eight Chapters of illustrated descriptions aided by a Glossary and a couple of Maps.

Professor A. K. Bhattacharyya, well-known for his accredited research publications in most fields of Indian and Trans-Indian art for the last more than fifty years, is the recipient of honours in his own country and from abroad. He was awarded PS of the Calcutta University, a Bengal Govt. Research Fellowship, a Fellowship from the Pacific Cultural Foundation, Republic of China, a Senior Research Fellowship from the ICHR, New Delhi, and a Fellowship from the Japan Foundation, while the Govt. of the then W. Germany and the Royal Govt. of Thailand also awarding him Research Grants. His crowning glory was the award to him of the Jawaharlal Nehru Fellowship. Brilliant, he is an M. A. in Sanskrit and also in Islamic History and Culture, both with a First Class, in the latter securing the First position.

A Fellow of the Museums Association of England, he served the two national museums of India, the National Museum, New Delhi and the Indian Museum, Calcutta, for ten years in each, in the latter as its Director. Concurrently, he was appointed Hon. Lecturer in Iconography, at the Calcutta University. He is the author of more than 36 books on art, one of them, on Buddhist Iconography in Thailand earning international approbation.

The present book is an iconographic study of Hindu deities in Thailand. The result of a professional and articulated research it studies the characteristics of masterpieces in the subject. Iconography studies images-their identification, interpretation and content. The present book has done all these for Hindu deities and in doing so it has combined many of the parameters of art history in an organic unity. Readers will find in the book an evolution of Hindu deities as they found their ways in Thai worship. Along with the Hindu pantheon what passed there were Hindu rituals and ceremonies that have enjoyed some kind of permanence in their domiciled forms. Thus Indian Sankranti has been metamorphosed into one of their national festivals-Sonkhan Festival. The Pallava style of art in image-making in India migrated into south-east Asia and Vishnu-figures in Thailand become manifest symbols of such art. The Duarauati School of art which flourished in Thailand between 6 and 11 centuries A.D. absorbed much of the Pallava Hindu influences. This School preferred the image of Vishnu more than that of Siva with Pallava style replete in many of the art forms of this School. This interpretation and many of its kind form the subject of the present work. The most merit of the book seems to be that anatomical details of images have been compounded with an in-depth study of art analysis of form, content and style. Shapes, postures and on figurations of broken images have been placed in their proper religious and mythological contexts so that links between Hinduism and the Thai forms of worship assume analytical perfections and historical legitimacy. The scholarship everywhere is the same from the beginning to the end; unflinching and unpredatory, manifesting where necessary, balanced judgements with arguments and facts. In art history analyses often border on subjectivity and in iconography, innovative thinking often transgresses truth in search of imaginary models. The present book is free of these vices and in all practical sense seems to be a good contribution to human knowledge with directions for new vistas for future research.

It was as far back as the year 2000 during my stay in Thailand on a Research Fellowship by the Fine Arts Department of the Royal Government of the country that I had an opportunity to study the Hindu images there with any close scrutiny. Thailand being primarily a Buddhist country and the consequent overwhelming number of Buddhist images readily available, my first work on Iconography in Thailand related to Buddhism. The approbation it received in India and abroad kindled my hitherto dormant desire to work on Hindu iconography of the country . The notes on the subject that I had already gathered years ago were supplemented by a good number of literature on the subject collected in America by my son, Amitabha, and made over to me. Equipped with these I ventured to undertake a study on the iconography of the Hindu images on display in the several national museums, temples and private collections of the country. The study has followed the main epochs of history of Thailand with comparative examples and proto-types of each concept irrespective of the basic material used. Of the proto-types of the comparative examples illustrated or referred to, the main sources relate to Campuchea in the east and Mayanmar in the west. While the study does not claim to be exhaustive in any respect, it is comprehensive enough to afford sufficient glimpse of the wealth of the Hindu images in this predominantly Buddhist territory.

With the study completed, it was the Asiatic Society that readily took up its publication for which I offer my thanks to them. For providing the photo- illustrations to the book, the Bose Studio of Golf Green, Calcutta, deserves my hearty thanks while to my erstwhile colleague Dr. Sujit Narayan Sen I am extremely thankful for doing the Index to the book. To the Publication Department of the Asiatic Society my hearty thanks are also due for the meticulous care with which the work has been carried to fruition. 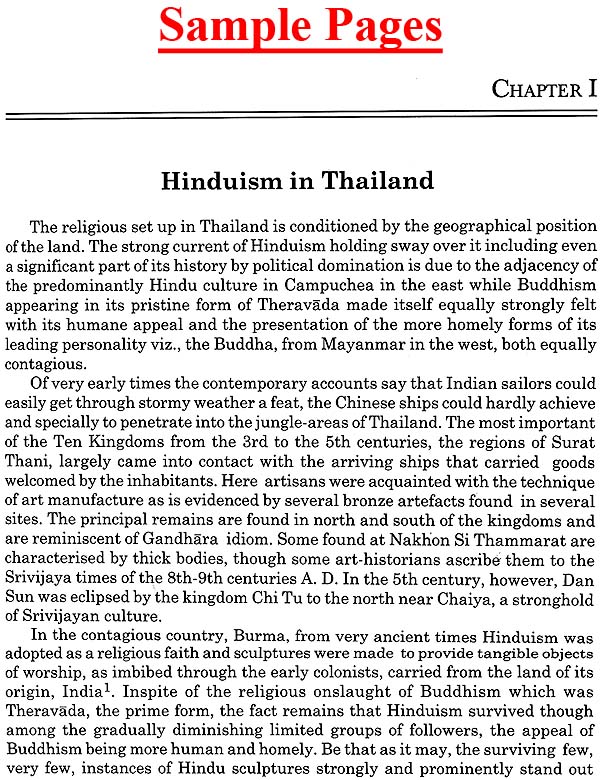 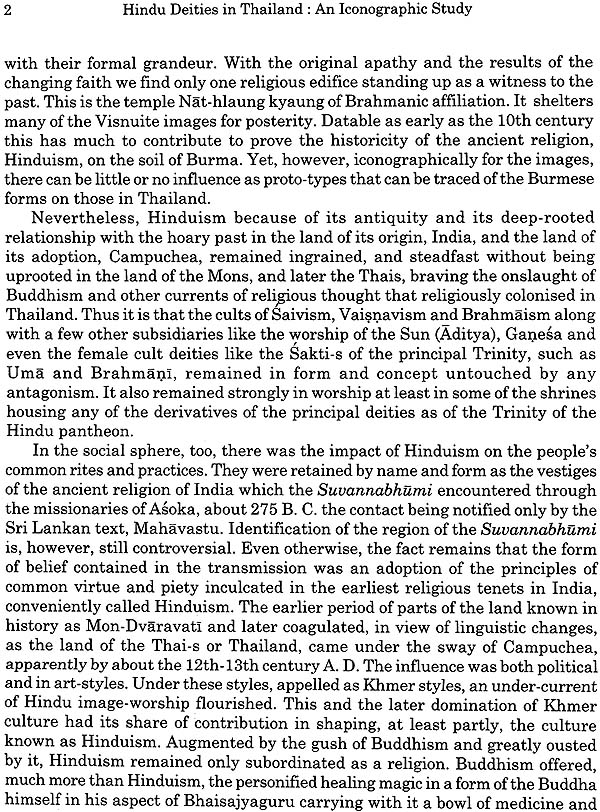 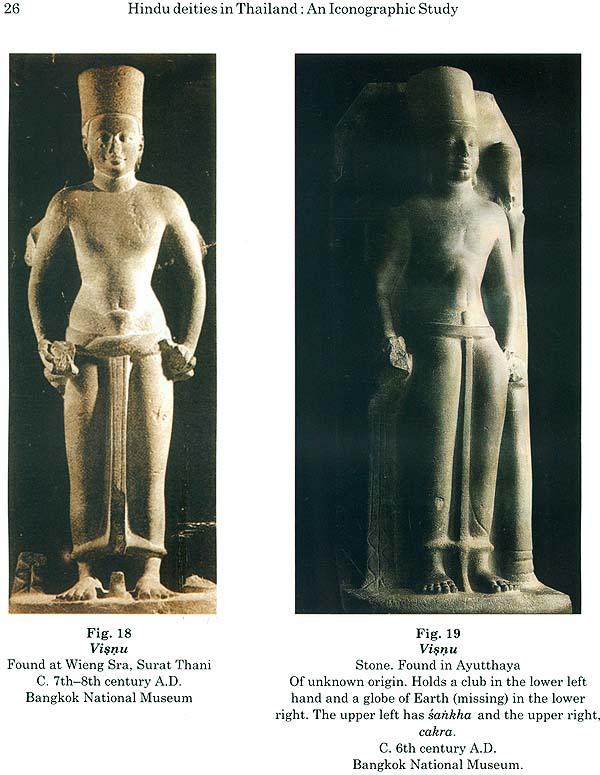 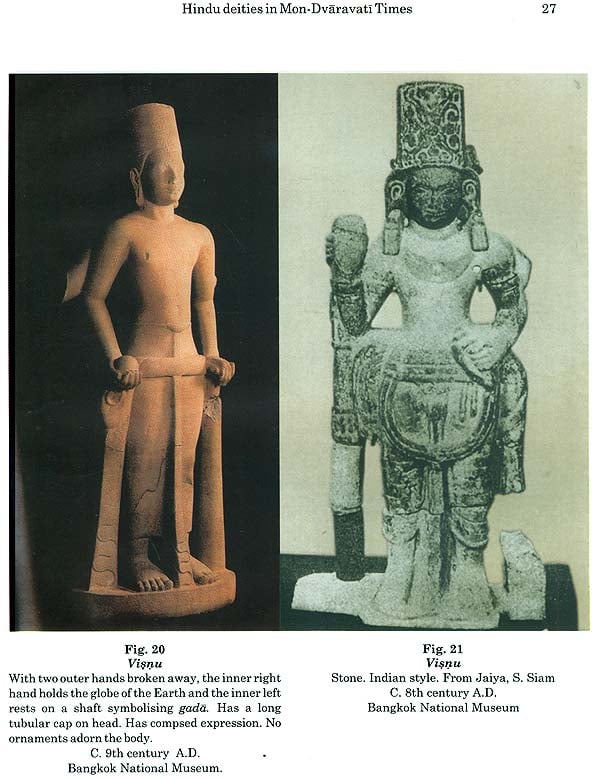 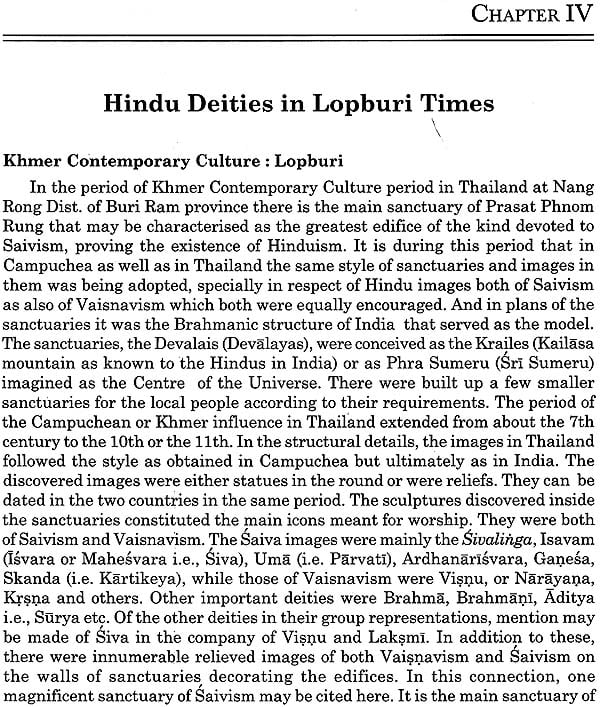 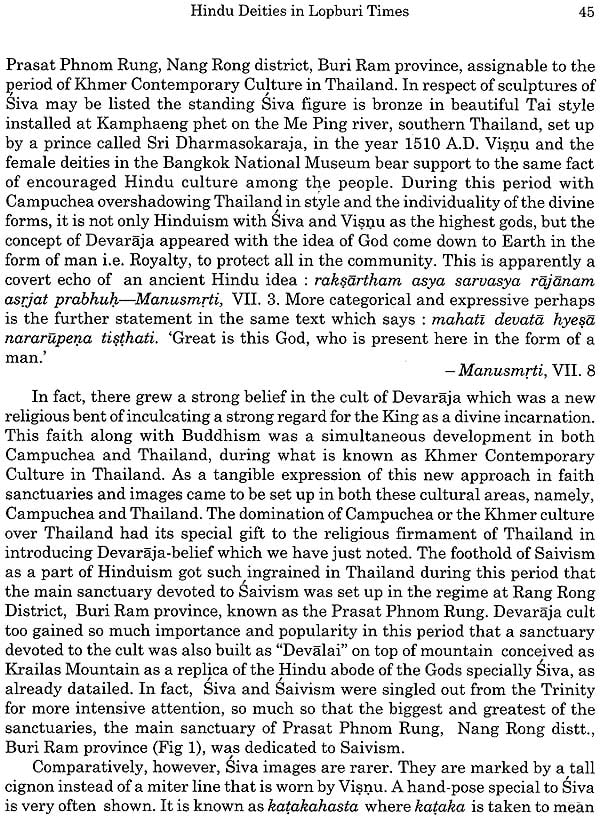 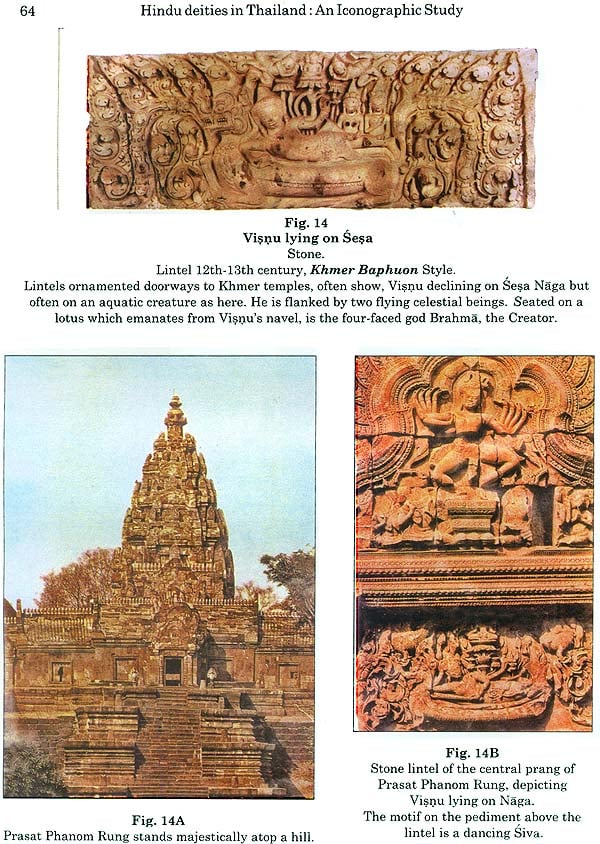 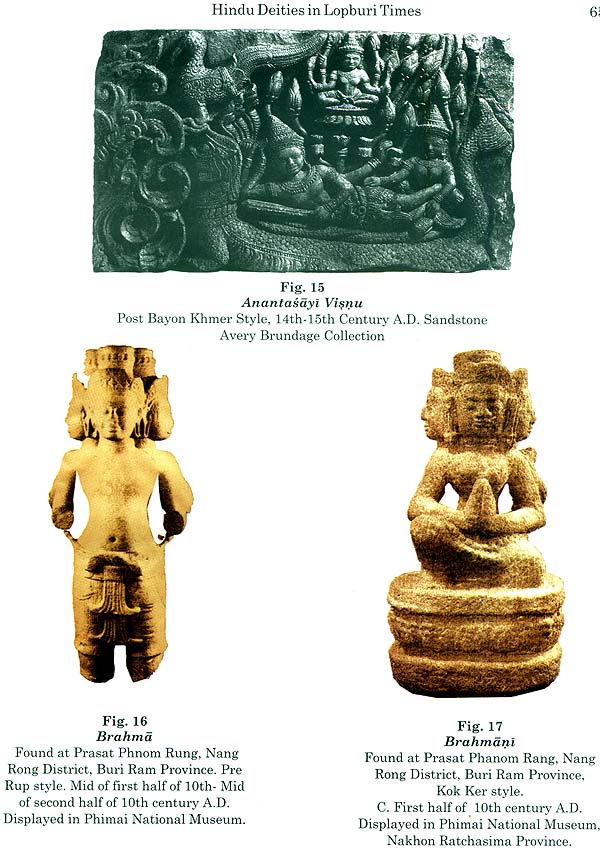 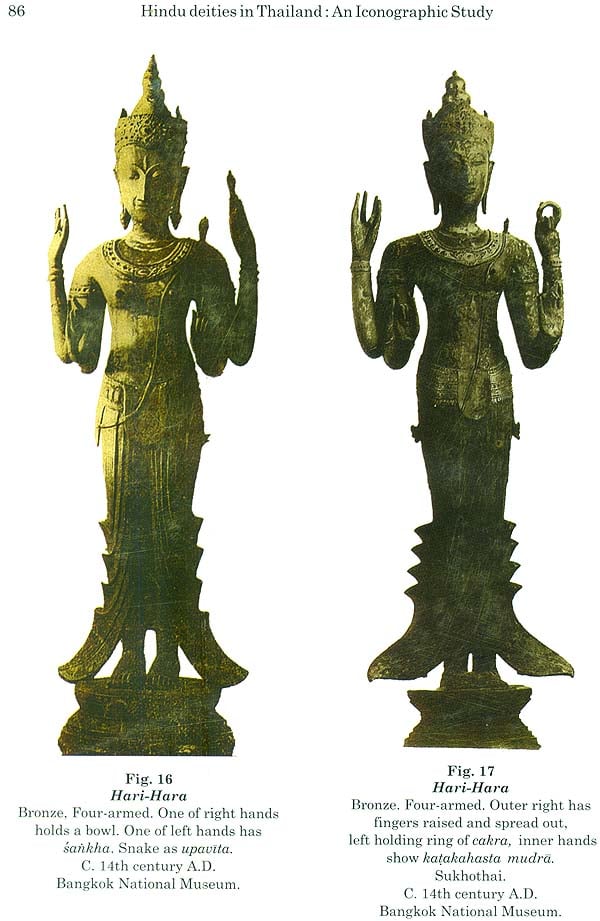 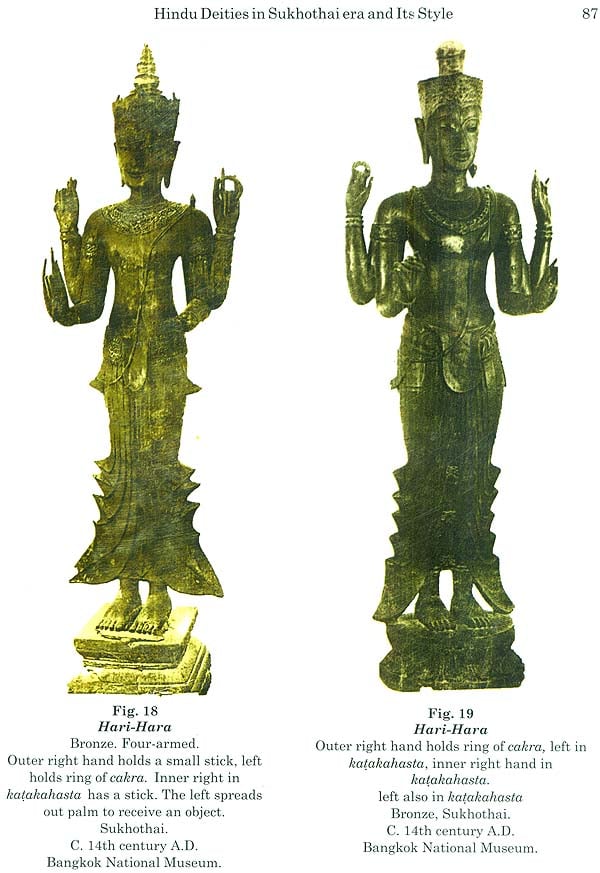 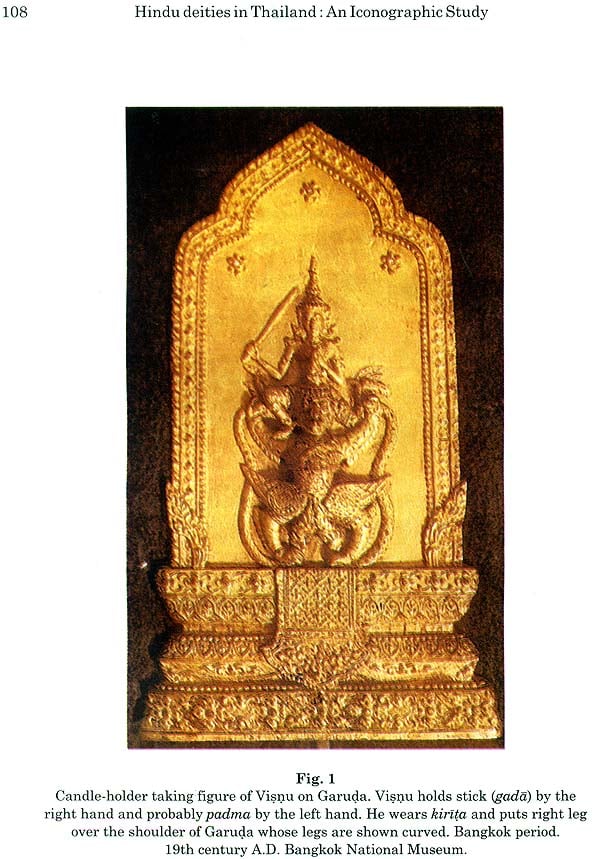 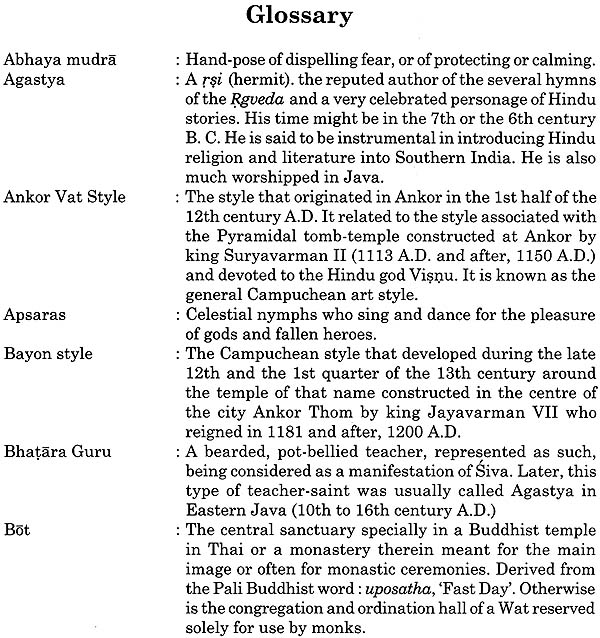 The Iconography of Hindu Tantric Deities (The Pantheon of the Mantramahodadhi, Prapancasara and the Saradatilaka)
By Gudrun Buhnemann
$99
FREE Delivery Ritual Objects and Deities (An Iconography on Buddhism and Hinduism)
By Mukhiya N. Lama and Mingyur T. Lama
$29
FREE Delivery