Hindu Festivals (origin, sentiments & rituals) is an excellent, well-researched documentation of our ancestral samskars and heritage at its best. The inclusion of 529 colour photographs, 75 paintings and 30 maps have successfully captured the true spirit of festivals, with the central emphasis on devotion to Paramatma and the deities, rather than just mundane enjoyment. There are also practical ideas in the appendix about how children can celebrate festivals. This sets the book apart from the usual “Fairs and Festivals of India” type seen on bookshelves. For both young NRIs and those in India, this book is a must.

The Bochasanwasi Shri Akshar Purushottam Swaminarayan Sanstha (BAPS) is a global socio-spiritual organization committed to the moral and spiritual uplift of mankind. It was established in 1907 CE by Brahmanswarup Shastriji Maharaj in consonance with the Vedic teachings propagated by Bhagwan Swaminarayan (1781-1830).

The Sanstha’s global network of 12,000 Satsang centers, 55,000 volunteers and over 850 sadhus implement a variety of philanthropic and spiritual activities. BAPS is an NGO in consultative Status with the Economic and Social Council of the united Nations. Its world renowned cultural and spiritual complexes like Akshardham in Gandhinagar and New Delhi, and the Swaminayran Mandirs in London, Houston, Chicago, Atlanta, Toronto and Nairobi, are some of its epoch-making contributions to society. Under the inspiration and guidance of Pramukh Swami Maharaj, BAPS has earned an endearing and unique place in the hearts of millions throughout the world.

An eminent and saintly sadhu of India, Pramukh Swami Maharaj was born on 7 December 1921, in the village of Chansad, Gujarat. He is the fifth successor in the illustrious spiritual tradition of Bhagwan Swaminarayan and the embodiment f the universal Hindu ideals.

In his presence doubts dissolve, confusions clear, hurts heal and the mind finds peace. His selfless loves and morality equally soothes and moralises children youths and the aged; regardless of creed or status.

Out of his compassion for humanity, he has visited over 17,000 villages, towns and cities, sanctified over 250,000 homes, and read and replied to over 700,000 letters. He has ushered a cultural, moral and spiritual renaissance in India and abroad by establishing over 850 mandirs.

His striking humility, simplicity, spirituality, and above all, his profound experience and realization of God, is the essence of his success and divine luster.

This book, Hindu Festivals (origin, sentiments and rituals) by Sadhu Mukundcharandas should be read and regarded as a sequel to his three previous books: Vachanamurt Handbook (Insights into Bhagwan Swmainarayan’s Teachings), Hindu Rites and Ritals (Sentiments, Sacraments and symbols) and Rishis, Mystics and Heroes of India , Vol. 1. The aim of all these four books is to augment His Holiness Pramukh Swami Maharaj’s great efforts to rekindle Santan Dharma’s asmita-prid –in Hindus by re-instating values forgotten over time and by migration.

Though the author is a sadhu of the BAPS Swaminarayan Sanstah, his target readers are NRIs as well as young Hindus in India. His books are worthy of being read by all followers of Sanatan Dharma’ whether Shaivite, Shakta, Vaishnav, Ganapatya or Nijari. This is because his books encompass not only philosophy and basic concepts of Sanatan Dharma, but also the ideals of individual, family, social and religious life. These books are like an encyclopedia of Indian culture, religious thought and life, canon and spiritual history of India, combined. Besides Hindus, these books will probe useful for all foreign scholars interested in Indian culture and religion, or all other aspects of Indology which they are striving to study and understand. All these four are erudite reference books.

Just as no Hindu at home or abroad can be expected to be totally aware of all Hindu religious bellies, philosophy and rituals, the same is true for foreign scholars. They cannot be expected to have a total and perfect perspective and unbiased knowledge of Snatan Dharma. Generally their information is obtained from articles and books written only be foreign scholars, from their viewpoints and the way they have understood texts such as the Ramayana, Mahabharata, Upanishads, Yog, Vedant, etc. Their sources are books based on all these texts. These can be prone to errors from ignorance, misunderstanding or misinterpreting a thought, an ideas or principle. Yet the contribution of these scholars is important, since they have made the world aware of Indian literature, music, religion, art, architecture, etc.

There are also many books written in English on Ramakrishna Paramhansa, Swami Vivekanad, Sri Airbindo and Swami Ramatirth, which convey Sanatan Dharma’s basic beliefs and philosophy. However these are only useful to intellectuals. For the common man, only an encyclopedic volume will provide complete information about Sanatan Dharma’s important principles, sampradayas, rishis, mystics, bhaktas, utsavs and parvas, and India’s great individuals, who have contributed significantly in consolidating its religions, traditions, culture, arts and music.

At this point I warmly welcome this fourth book by the author, which is able to fill gaps left by Western authors. This type of compilation is not easy by any means, even for a scholars or one who has common of language. The compiler needs to have personal experience, dedication, the judgmental ability to grasp the truth, methodology of presenting the subject matter with an approach and language in a form which is acceptable to reader’s especially young Hindus.

Hindu Festivals is just such a book in the author’s series. I t presents two different facets of festivals. The first is on “Hindu Festivals” , for all followers of Sanatan Dharma. It depicts how the seasonal cycle of festivals and paravas blend with the daily life of Hindus, and how they inextricably link nature, dharma and vocation.

The second facet, “BAPS Swaminarayanan Festivals”, informs how some of these festivals are celebrated by BAPS followers, and yet still retain and bring back the flaovur of old established traditions of Hindu festivals.

The author has also taken pains to convey the purpose of festivals and the associated devotional rituals concerning puja of Paramatma and the deities related to festivals. At a time when Hindus at home and abroad are confronted with Western materialism, it is necessary to point out the pitfalls which desecrate the sanctity of our utsavs. A good example is ht commercialization and promiscuity which has insidiously smothered Navratri. Its spiritual basis of honoring and venerating the goddesses of Shakti, has been grossly vilified. Even the associated bhajans have lost their traditional sanctity, by mixing rhythms of disco and rap, which collectively degrade our ancient music traditions, as well as the maryada- discipline- that is maintained between our women and men during such festivals. The author cites His Holiness Pramukh Swami Maharaj’s foresight and sage wisdom regarding this, which is absolutely relevant today if we are to save Sanatan Dharma and bequeath it in its original, traditional purity to our grandchildren and future generations.

In the section Hindu festivals, rituals and cultural identity, the author’s interesting historical account, of the first Indian migrants abroad and their cultural vicissitudes, is a vital analysis and reflection of how sanatan Dharma’s traditions suffered and in some places, nearly became extinct. It is my earnest wish and hope that we learn a historical lesson from the cultural vicissitudes of these Indian migrants, and which are now also being experienced by their descendants and new migrants. At this critical juncture, these modern Hindus, in the race opt fulfill their financial aspirations, should be informed and reminded our traditions. This wild not only strengthen their cultural and social ties and family unity, but also improve their physical and mental health, for which cogent and thought provoking findings f medical researchers, are cited. Such a scientific approach to support our traditions is vitally necessary in the age of rationality and intellectual inquiry. This should be an eye-opener for both NRIs and those in India who are increasingly and blindly adopting Western lifestyles.

For them, this book is a must. Its aesthetic design and graphics support the text, an absolute necessity for young readers today. I have not seen a book on Hindu Festivals presented so beautifully and lavishly. T he liberal use of colour photographs (529), paintings (75) and maps (30) have successfully captured the true spirit of festivals, with the central emphasis on devotion to Paramatma and the deities , rather than just mundane enjoyment. This sets this book apart from the usual “Fairs and Festivals of India” genre seen o bookshelves. Furthermore, the practical idea in the appendix about how children can celebrate festivals reflects the tremendous depth of thought and efforts of the author and publisher. This is the hallmark of BAPS Swaminarayan Sanstha, from whom nothing less can be expected.

Thus Hindu Festivals (origin, sentiments and rituals) is an excellent, well-researched documentation of our ancestral samskaras an heritage at its best, to ensure that these smskarass and their roots are preserved and perpetuated as foreseen and foretold by our rishis. Hence I warmly welcome the author’s fourth book, which also fills me with pride and contentment on the commencement of an important cultural work and venture, eventually growing and resulting into a “Hindu Dharma Encyclopedias”. 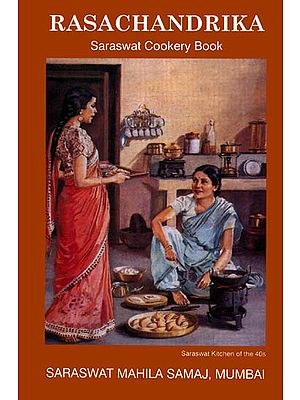 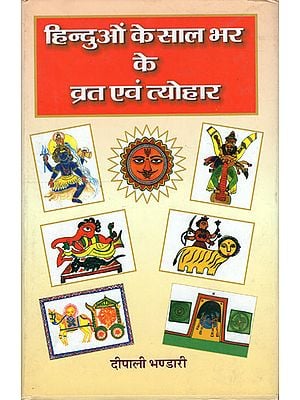 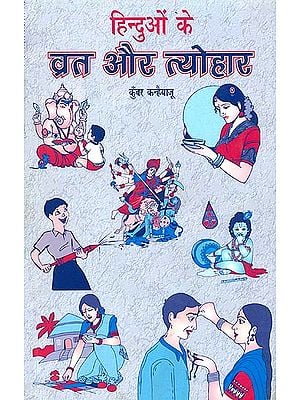 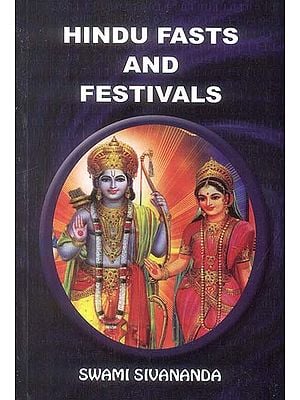 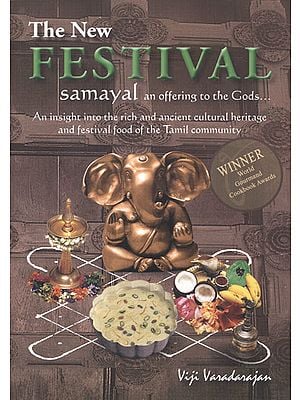 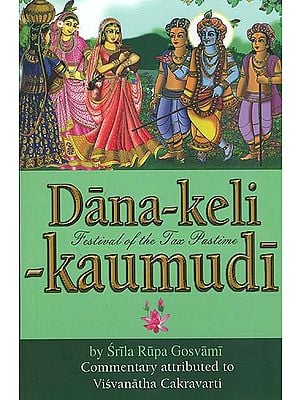 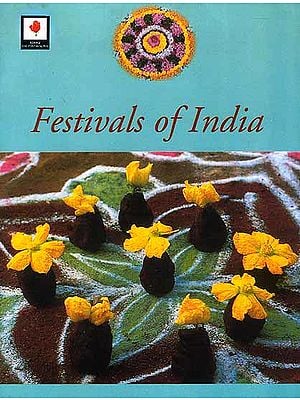 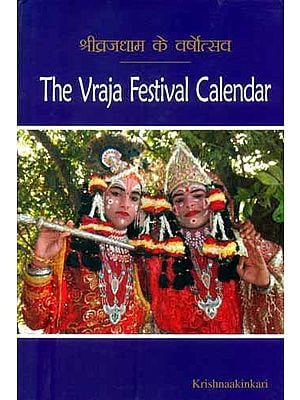 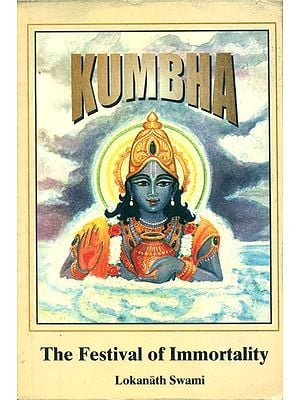 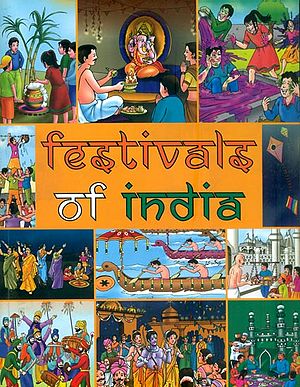 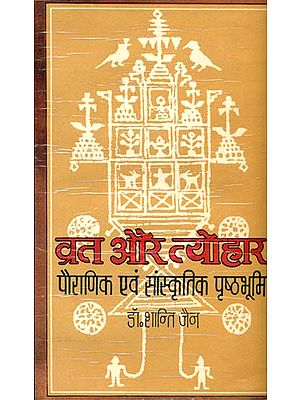 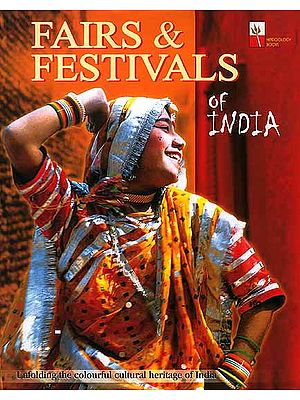