The Life and Times of Gautam Buddha

What is the secret of buddha's hold on the mind and imagination of vast numbers of asiatic humanity over two millenniums? What should one think when on the one hand buddhism tells us that life is suffering and on the other we are told to enjoy life's every moment?

The life and times of gautam buddha seeks to answer these questions. It brings together the leading ideas and tenets of buddhism, interpreting them in the light of the fundamental principles of human life as well as of the latest research in the science of human mind.

The book takes reader through the life of siddhartha gautam in a manner of a mortal hero and establishes basis for his eventual enlightenment and observations. It describes his protected royal youth, search for a way to end suffering and his enlightenment. The book also takes up the core teachings one by one-the four noble truths, the noble eightfold path and the six-sense media. The book brings together teachings of the buddha ranging from basic ethical observances recommended to the busy man or woman of the modern world.

Arun tiwari did his master's in mechanical engineering from g.b. pant university and joined the defence research & development laboratory (DRDL) at hyderabad as a missile scientist in 1982. He was airframe designer and project manager (system integration) in the first three akash missile developmental flights.

As a member of dr. Kalam's team, arun tiwari set up the first link of pan-africa e-network of telecommunications consultants india ltd. (TClL). The network now connects universities and hospitals across the african continent with their indian counterparts. In 1999, arun tiwari co-wrote wings of fire, the autobiography of dr. A.p.j. abdul kalam. The book became a modem classic, going into thirty reprints aid selling more than a million copies. It has been translated into eighteen languages. He has written twelve books since then.

Arun tiwari is currently consulting to evolve the blueprint for fdi in the defence sector and towards the creation of a strong defence technological industrial base (DTIB) in india. He is an adjunct professor in the school of management sciences, university of hyderabad.

The buddha is a peerless benefactor of humanity, because he 1 taught mankind that there is no need for it to look outside to any being supposed to be superior for help to reach the highest condition of mind and heart possible for a human being. He told people that they could find within themselves, and must find within themselves, all strength required for this task. He told people that they could be strong, strong enough in themselves to achieve their own deliverance from delusion, ill-will and selfishness and selfish craving. He pulled people to their feet with his gospel of self-help, and asked them to go forward by their own strength towards the goal he pointed out to them. And he told them that they could do this if they but tried.

I have visited many buddhist religious sites at bodh gaya, sanchi, mandalay, yangon and shanghai and various monasteries, notable among them being the monasteries in tawang, arunanchal pradesh and enchey monastery in sikkim. After my resuscitation from the cardiac arrest in january 2004, i found in the buddhist thought both solace and wisdom.

I am a hindu. It is the openness of my religion that prepared me to breathe freely the pure spirit of humanity from wherever it came. Most religions, and particularly mine, are made up of gestures that make no sense at all if ordinary practical reality is all there is; if the universe is only matter and space; if humans are only organisms that feed, mate, and die. But then life teaches every day that this is certainly not the case. The invisible keeps throwing in surprises. Religion draws maps of this invisible reality. It describes the relationship between profane, ordinary reality, and that which is ultimate.

As i am growing older, i am realizing that i am the same person i was as a child. I feel as if my life is circling me closely and intimately to something that i really am. I am increasingly aware that my choices and experiences come from a deep and mysterious place that even in the most concrete and time bound moments i am more than i could ever imagine myself to be. The constant role of eternal in my everyday life is getting more visible.

I present this book as a humble offering to the great civilization that i am fortunate to be born in and the genetic chain to which i am a part. This book touches on everything i have ever lived or thought in my life, and so i owe a debt to just about everything and everybody. I never had the capability that is obligatory to undertake an endeavour of the kind i attempted. I have written this book in the presence of the unnameable, who allowed it. May the reader brought to this book find it helpful in knowing what it means to be a human. 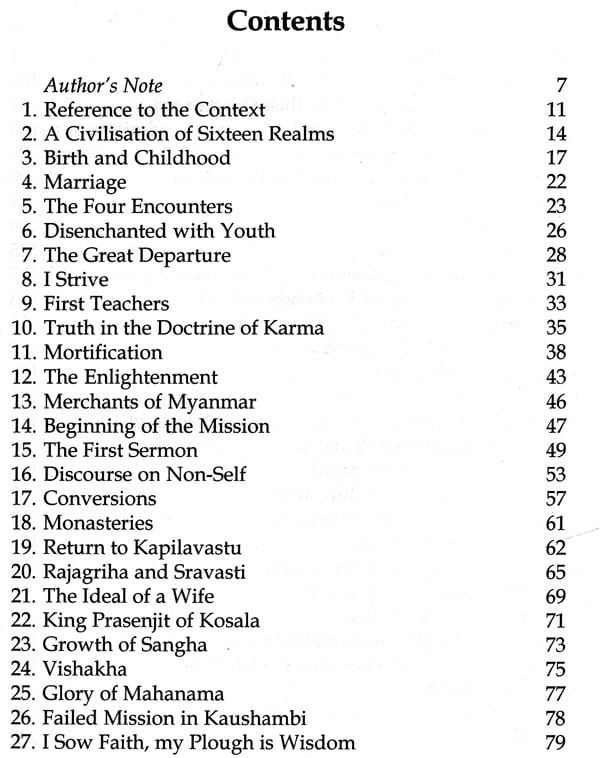 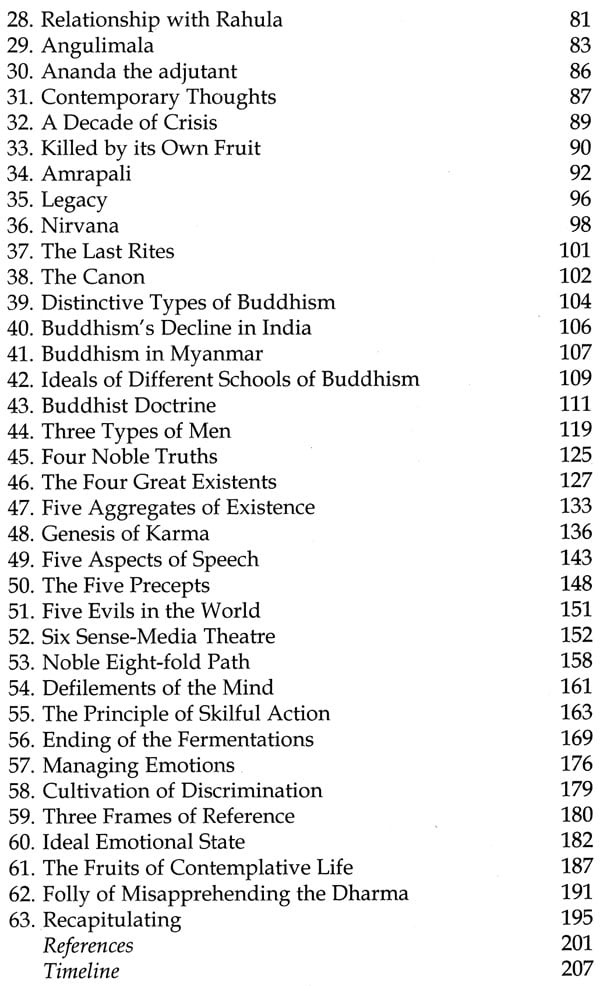 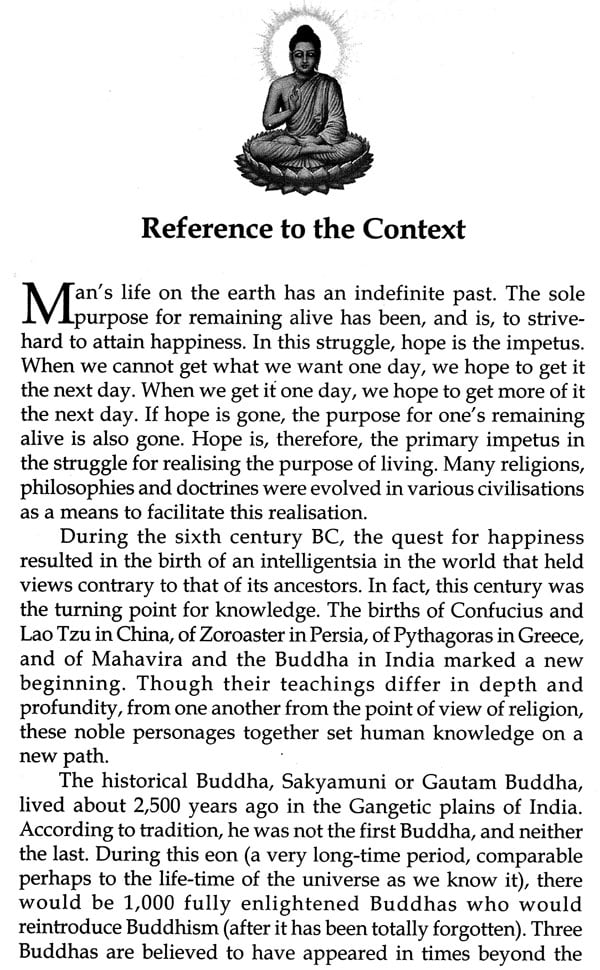 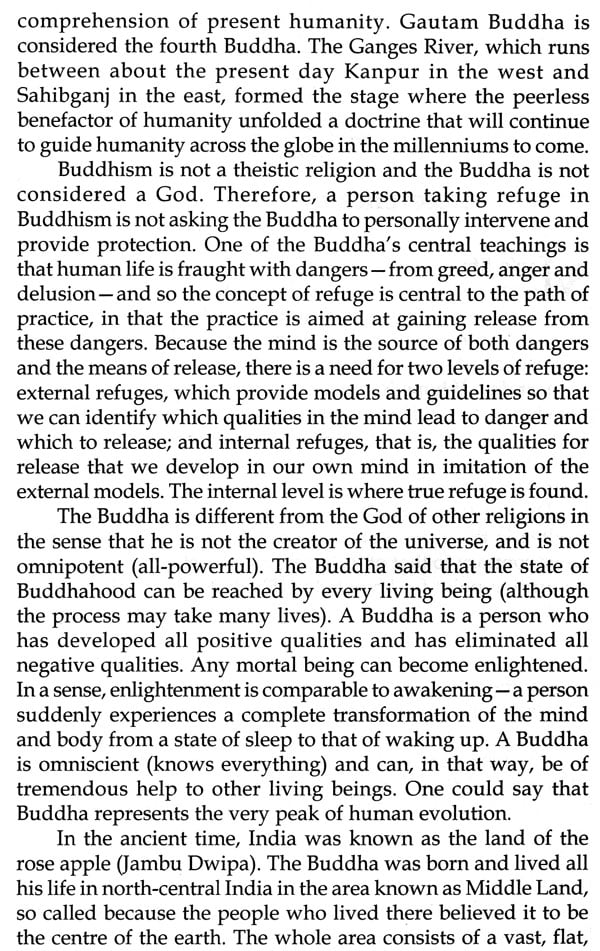 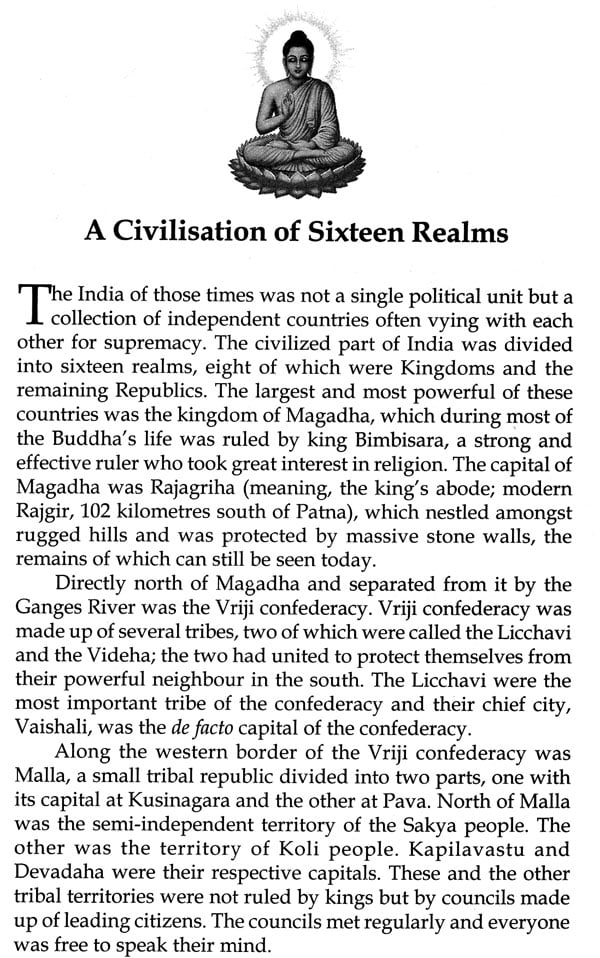 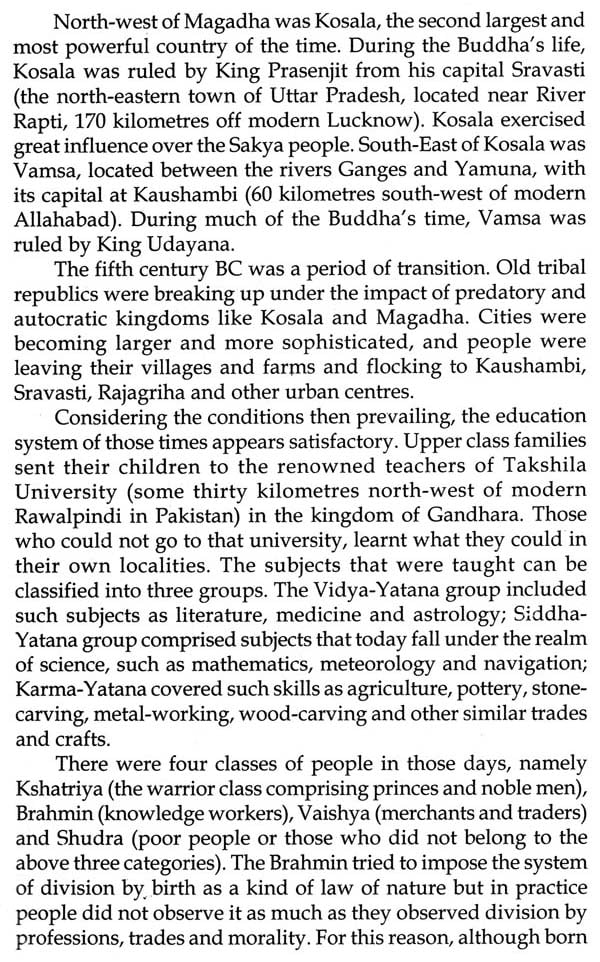 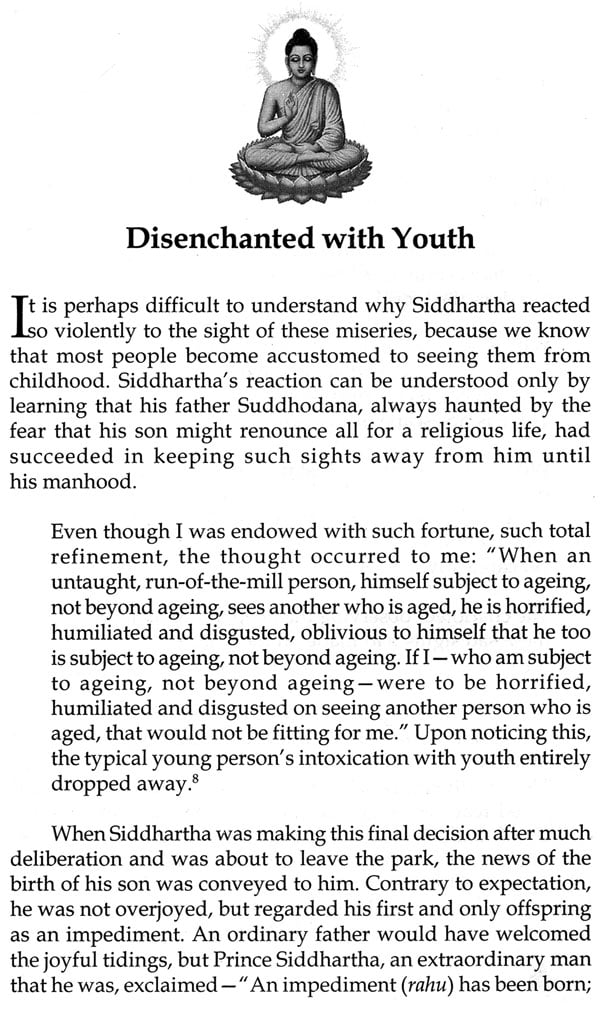 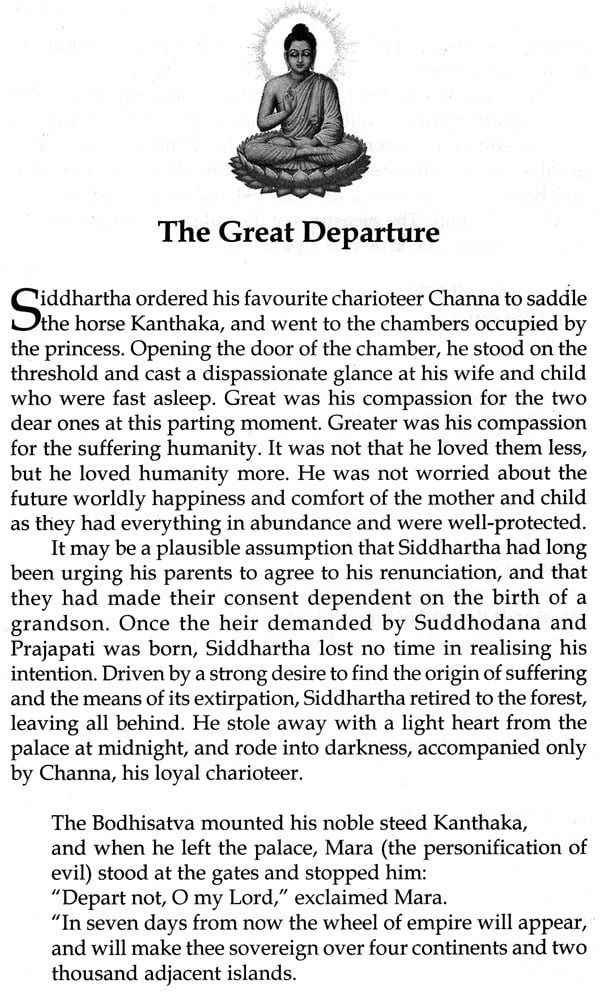 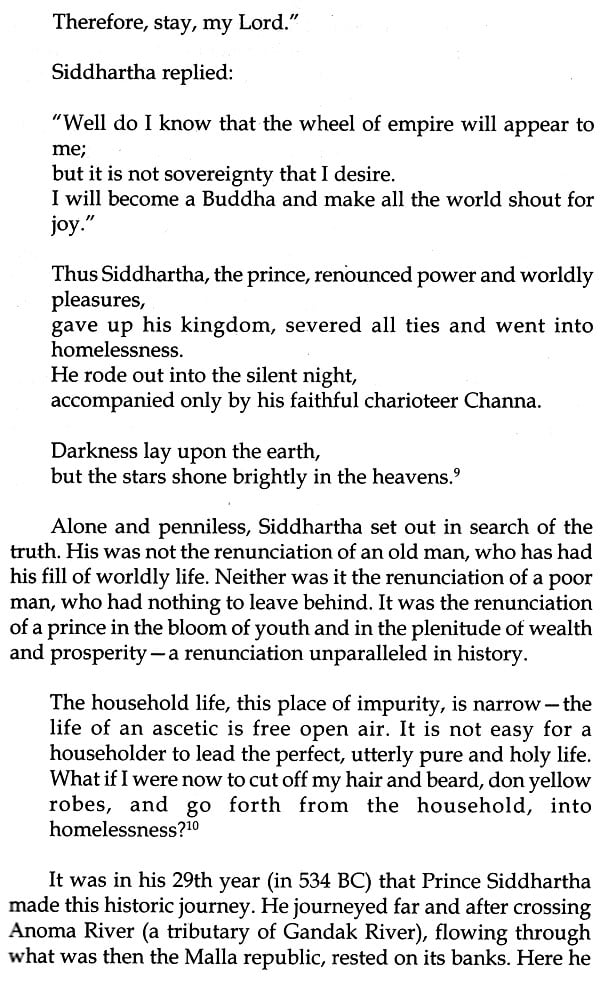 The Heart Sutra: Discourses on the Prajnaparamita Hridayam Sutra of Gautama the Buddha
By OSHO
$31
FREE Delivery The Buddha and his Relation to the Vedas (The Buddha-Mimamsa)
By Maitraya and B. Labh
$31
FREE Delivery The Buddha Mimansa: The Buddha and his relation to the religion of the Vedas (Being a collection of arguments with authoritative references and of notes with original texts, intended as materials any future treatise on Buddhism)
By Yogiraja's Disciple Maitreya
$13.60
$17  (20% off)