Mudras for Healing: (Mudra Vigyan A Way of Life)


After a lapse of many many years, one of those marvellous personalities on whom one can lay his eyes is His Divine Grace Acharya Keshav Dev. He is among one of those renowned great men, who has through his meditation and learning achieved the impossible. Such enlightened and illustrious spell-binding sages, endowed with heavenly powers and accomplished sainthood are very seldom seen.


Going to him for a glimpse of his heavenly countenance, one can enjoy his company, like to listen to his discourses and they are sure to stir up the emotions and gladden the heart. So many times it has been observed that his speeches generate such an energy that the listeners turn to absolute Truth.

To be able to grasp his limitless knowledge is not only difficult but inaccessible. Whenever and as many times, a devotee comes in contact with him, he experiences new and extra-ordinary perceptions. His knowledge and deep understanding can make one familiar with the fathomless ancient Indian traditions and eruditions. He is the savant of Yoga, Music, Mudra Vigyan, Pran Vigyan, Paradhyan Sadhana, Telepathy, Tratak, Kundalini, Astrology and its various branches like Ulka Dhumraketu, Angvidya (Body Language), Bugarbh Vigyan (Geology),Astrological Predictions; Mantra Vidya, Yagya Vidya, Ayurveda, Ratnachikitsa, Pran Vinimaya, Theosophy, Nature-cure, Divya Chikitsa, Brahma Vidya, Shabd Vigyan and many sciences. In fact it is not possible for us to fathom the depth of His Holiness's knowledge.

Gurudev's kindness is distinct and his greatest quality is his plain and simple nature, devoid of all outwardly show. He is endowed with virtuous piety and lives a sacred pious life.

His whole life is evidently full of worship, meditation and the pratice of Advance Yoga. His Holiness Acharya Shri's ambition is to spread the secrets of the sciences of our ancient Occult Sciences-Yoga, Yagya, Astrology, Veda, Upanishad, Mantra and the entire knowledge of the perceptible and the imperceptible sciences among the masses. He has, after years of rigorous meditation and experimentation, discovered the pure and genuine scientific secrets of our scriptures (Shastras). Because of his efforts many secret Yogic mysteries have come to light and it is possible that in future also many more discoveries would come to light.

This book deals with Mudra Vigyan, the science of finger postures which occupies a very important and prominent position among the ancient Indian sciences. The science of Mudra Vigyan is deeply mysterious and amazing. In this book, the author, His Divine Grace Acharya Keshav Dev has mostly deal with Tatva Yoga and those which only deal with the amazing mudras and the yogic subjects which are specially related to Mantra Sloka Vidhayan and also the names of some necessary Granths.

With the help of Mudra Vigyan, it is not difficult to harmonise the undercurrents of the mind. Through, this science, it is also not difficult to achieve concentration of mind. Mudra Vigyan is the most important aspect of the meditation of the supreme self. Here, yoga mudras are being presented, as miraculous remedies which affect some illness like an injection. Ear ache can be cured in just a few minutes by Shunya Mudra. Similarly, many urinary infections, will be cured by the experiment of Apan Mudra in a few minutes only. Mudra Vigyan is built upon the knowledge of the divine and is manifest in the five fingers of the human hand. If imports a lot of knowledge about the human body. Mundras not only effect our own self but also influence the feelings of those who may be watchingu us.

In this book, the author has discussed about some very useful and effective Mudras detail which are very useful in curing diseases. Besides, some basics about Mudra Vigyan such as secrets, need and importance and advantage of it. Then, some specific Mudras of worship are also discussed. The language used is simple and understandable. Each description of the Mudra is accompanied with relevant illustration which makes the matter more easy to comprehend.

The book is very informative and will be very useful to the readers who can immensely benefit by practising this science for their own betterment, peace and prosperity. 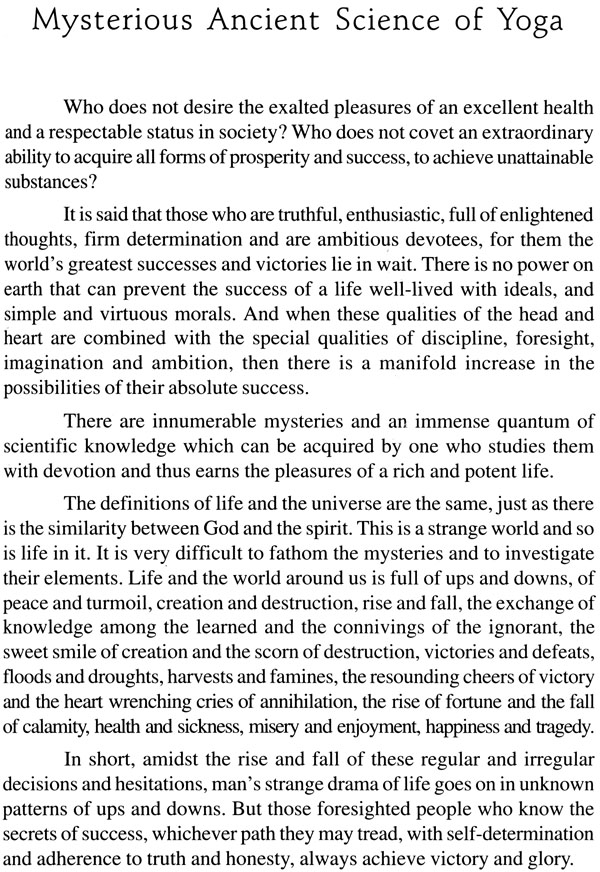 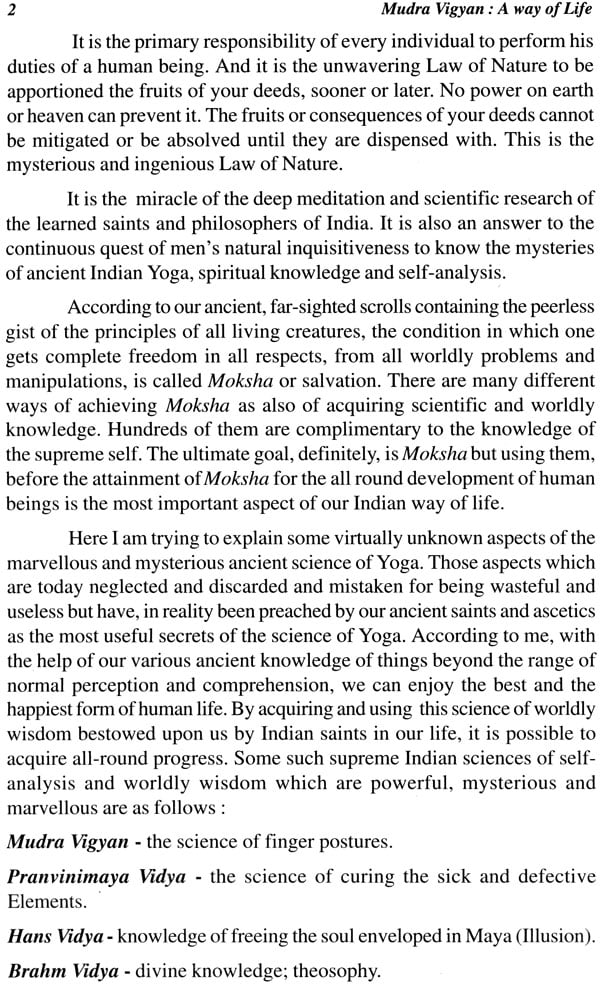 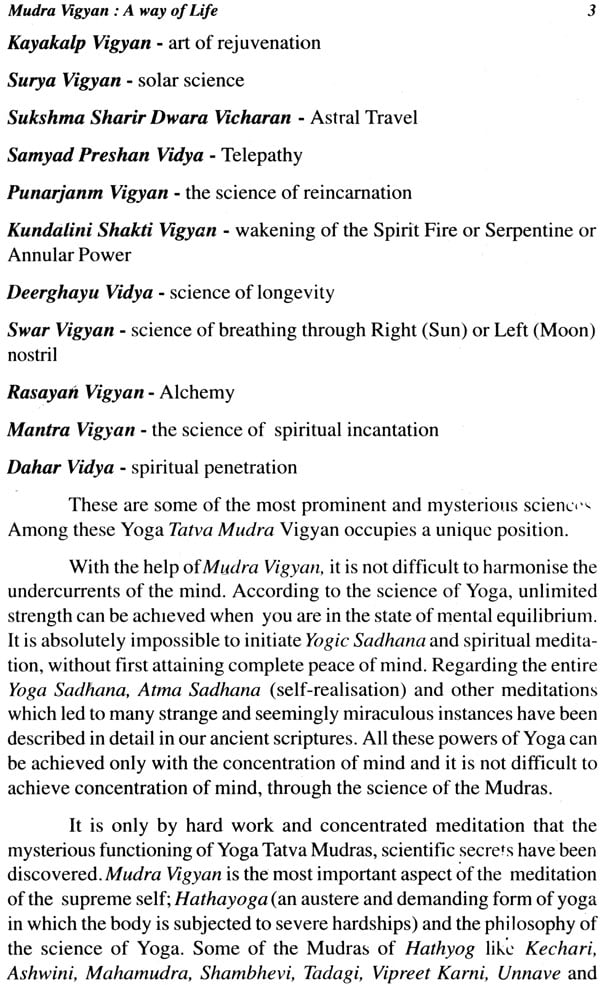 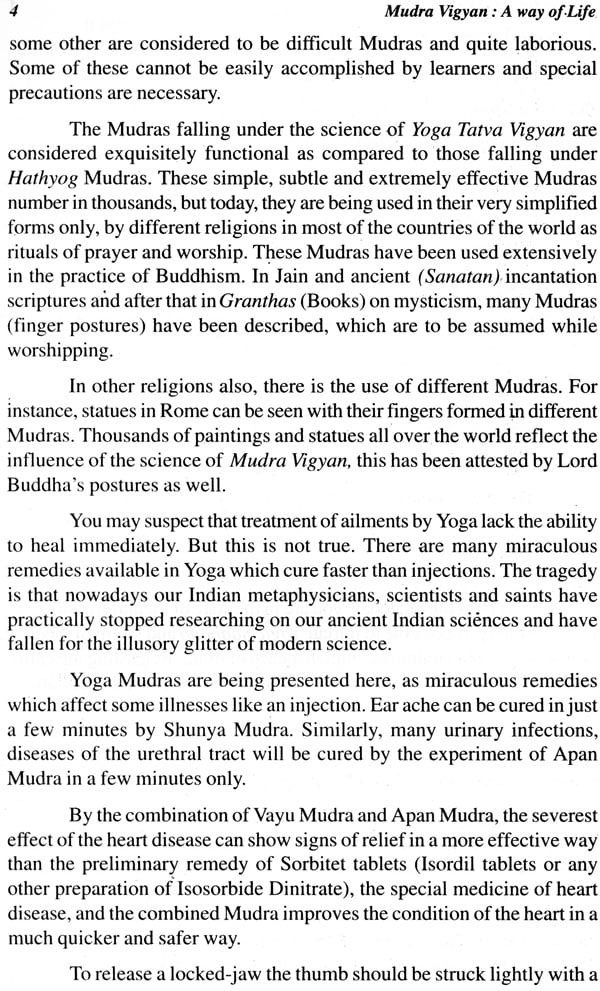 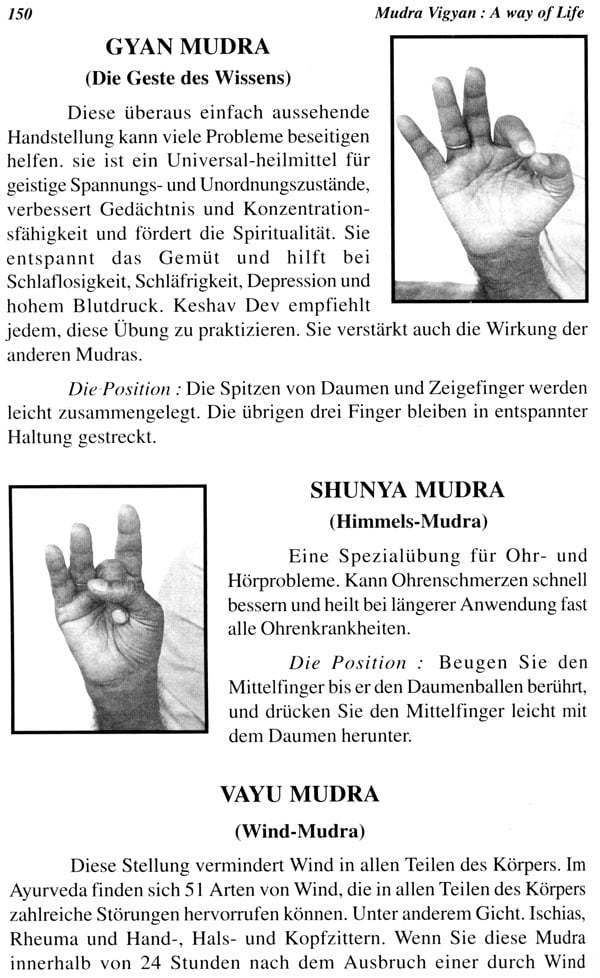 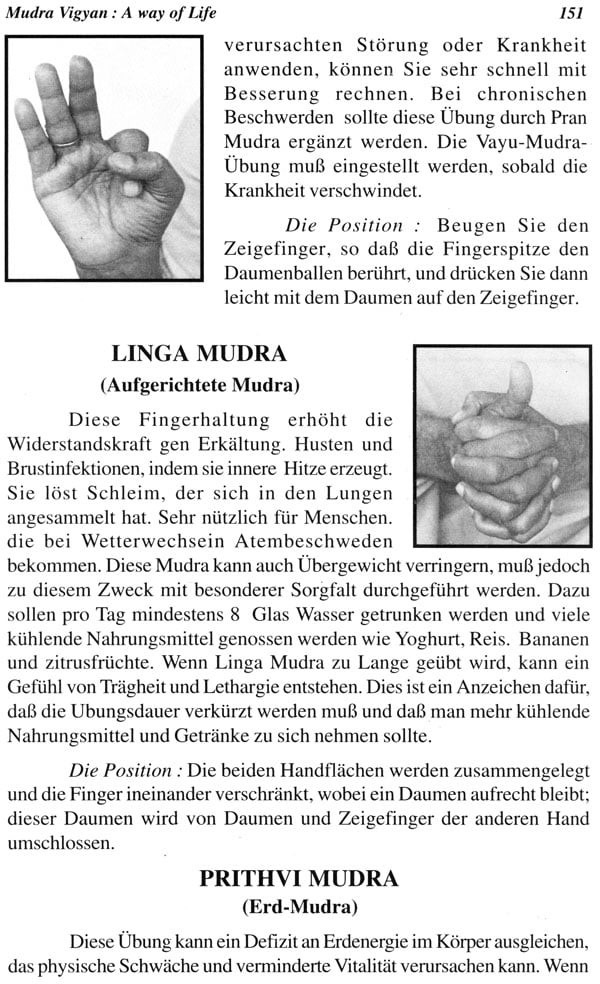 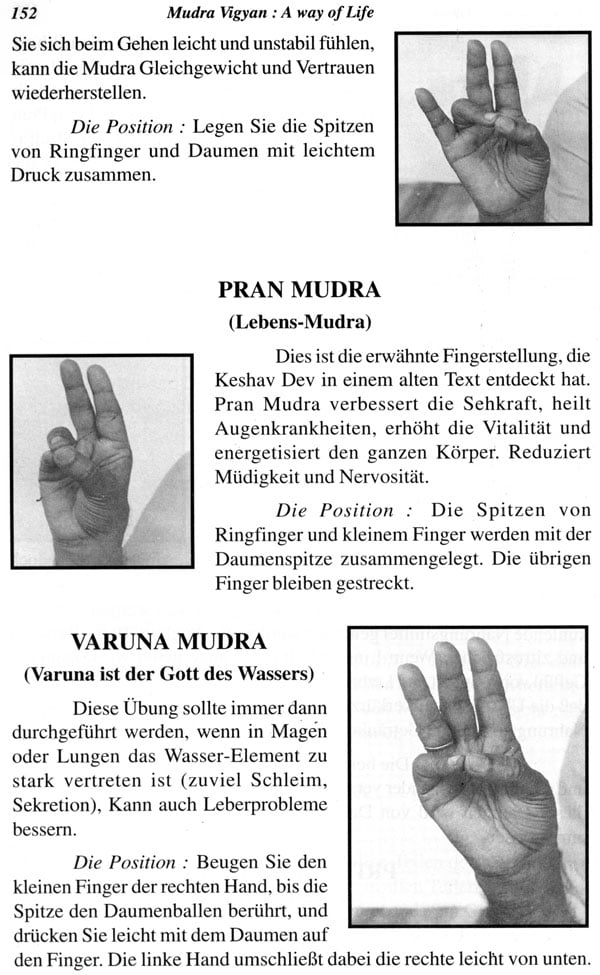 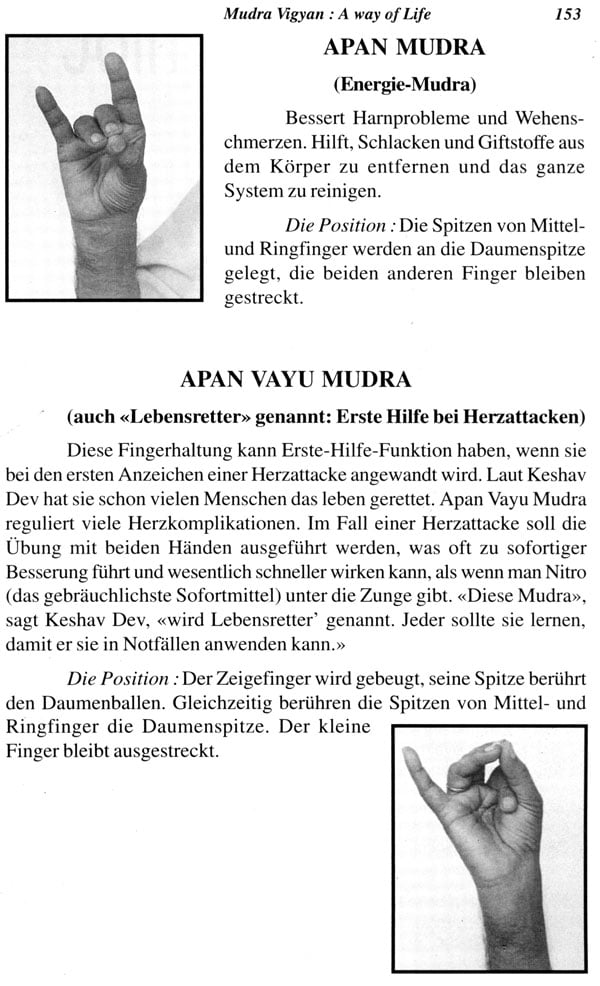 Textbook of Yoga: The Best-selling Classic on the Healing Powers of Yoga
By Yogeswar
$39
FREE Delivery
Best Seller