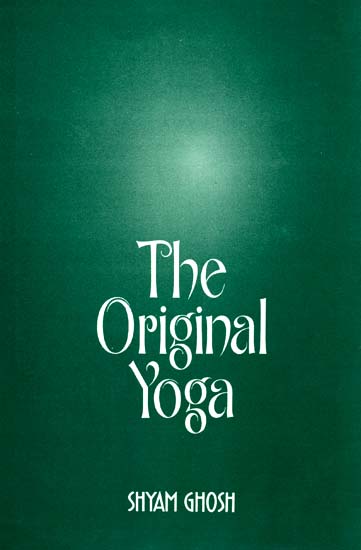 The concept of yoga is exclusively an Indian product. Yoga appears in history for the first time as estimated between the third and second centuries Bc. At this time, though still without a definite date, there flourished a person called Patanjali, who is believed moulded the extant knowledge of yoga and wrote Yogasutra.

The author of this book once replied against some requests:

The real author of the Original Yoga is the Lord Siva; In the mundane world, Patanjali is the prime propagator of yoga. Any other claim to authorship, therefore, cannot but be spurious. It is Truth that matters, not the utterer of the Truth. No Truth ever becomes a bit truer even when repeated by the most distinguished person.

Hence all genuine aspirants of yoga should be content to remain unknown and unnoticed by others.

Shyam Ghosh (1904-2000) was a Vedic research scholar. He studied other Hindu scriptures as well, some of which he translated and published, including an exhaustive commentary on Patanjali's Yogasutra.

Having boycotted his school at the call of Mahatma Gandhi in 1920, Shyam Ghosh joined Freedom Movement and participated in meetings and rallies organized by Pt. Jawaharlal Nehru and other leaders. Later, after a few years of self-education, he worked his way to the editorial staff of three national daily newspapers before being selected as the editor of the AIR journals- The Indian Listener, Awaz, and Sarang (now defunct).

After a few years he was shifted to the Publications Division of the same Ministry as Deputy Director, and then on to the Finance Ministry, where he worked as Financial Advisor to the Director-General of Supply and Disposal.

He had always been averse to personal publicity. "An author should be judged by his work, and not by his personal qualifications," was his firm view.

Since the first edition of this book was published, further research into Vedic literature has revealed that the concept of yoga did originate in the minds of the Vedic rsis. In various hymns the sages did refer to the benefits to be derived from proper breathing and also its effect on the brain-cells when the breath is held inside for sometime. (This is now known as pranayama.) They referred to the twin respiration as Asvins and designated these two as "divine physicians".

The concept of yoga is thus an exclusively Indian product, and it is this concept that later proliferated into the different branches of Hathayoga and Rajayoga.

When we speak of the original yoga the question naturally arises, what exactly is the original yoga? For it is well-known that originally the yoga that we know of today did not exist: it was not in its present form anyhow. The form in which it might have existed in the earliest of times can only be imagined today as some stray and nebulous ideas then prevailing about the need to discipline the body and mind. Indeed a very, very long and indeterminable period must have elapsed before those ideas could synthetize into any recognizable shape. The exact origin of yoga, therefore, may be said today to have got lost in the mists of prehistory.

According to some authorities, however, the earliest historical evidence of yoga is provided by a terracotta seal excavated in the beginning of the present century at Mohenjo-Daro in Sind, now in Pakistan. This seal depicts the Hindu god Siva sitting in yogic posture, with a hooded serpent standing over him. Archaeologists and historians have assessed this seal to be a product of the third millennium BC. But, apparently, no supporting material is available to justify a conclusion that the knowledge of yoga did prevail at that period.

Nor, unfortunately, is there any reference to the practice of yoga found in that treasure trove of Hindu wisdom-the Vedas-whose own existence, according to some constricted western view, goes back to the second millennium BC but which perhaps actually flourished much anterior to that period.

As a single collected, coordinated and systematized science, however, yoga appears in history for the first time at a period now estimated as between the second and the third century BC. At this time-though still without a definite date-there flourished a person called Patanjali, reputed even then as a muni (sage) and a rsi (conveyer of knowledge), who is believed to have moulded into shape all the extant knowledge of yoga and reduced the same into pithy aphorisms in a compilation entitled the Yogasutra. Before that time no mention of yoga as a compact science is found anywhere, even though the word "yoga" does appear sporadically in several ethical writings of the period, notably the Upanisads (cf. Katha, VI.11, 18; Svetdsvatara, VI.13) ascribed to the sixth century BC.

All this may lead some to infer that yoga perhaps is really non- Hindu by birth, adopted and reared by a people who later on came to be known as Hindus. It is of course an idea that can be neither accepted nor rejected. For we have also on record that Hindus in fact emerged as a race only in circa 1000 BC: prior to that the land was peopled apparently by a conglomerate of races Austrics, Proto-Nordics, Eurasians, Eurafricans, Negritos and Mongoloids who had successively streamed into the hind from all corners of the earth. Indeed, viewed against this backdrop, yoga today may well appear to be the heritage of all mankind!

However, Sivasa1flhita, a fundamental work on yoga though itself undated, indicates that the first yoga instructions emanated direct from the mouth of Lord Siva, regarded by Hindus as Mahayogi or the Supreme Yogi. Its opening verses contain the following:

Now the Lord Siva, bestower of deliverance upon all beings, expoundeth for the benefit of His devotees the Discipline of Yoga so that, forsaking the views of those who are inclined to disputations resulting from wrong knowledge, they may gain the right knowledge and an undistracted mind. (SS,* 1.2-3) 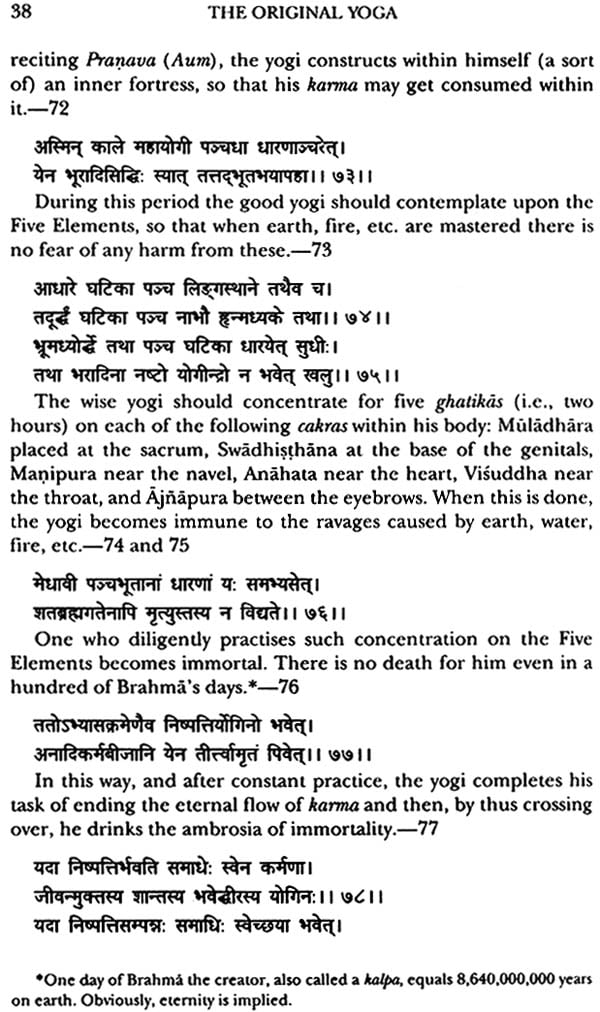 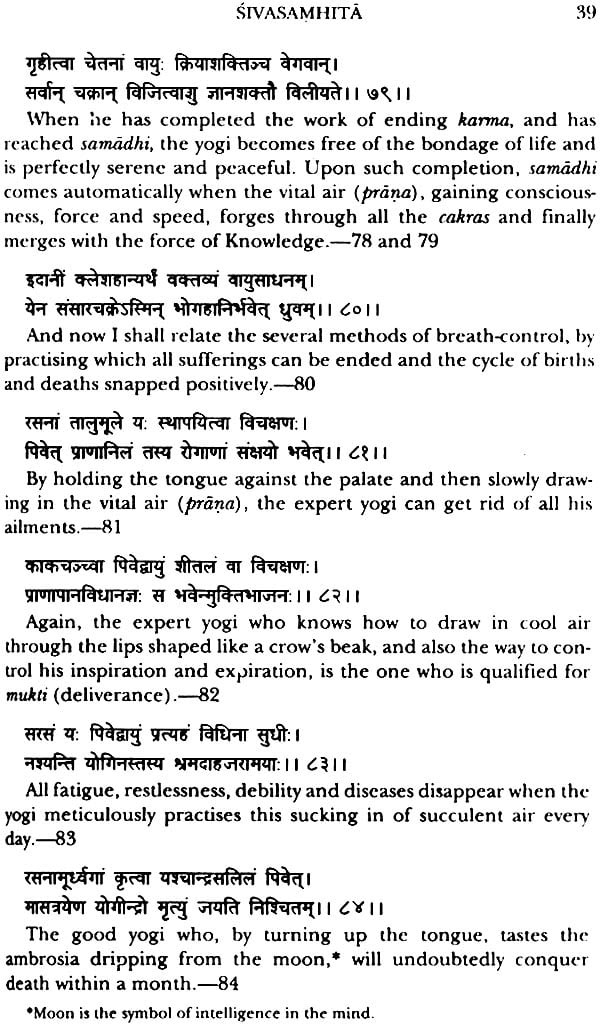 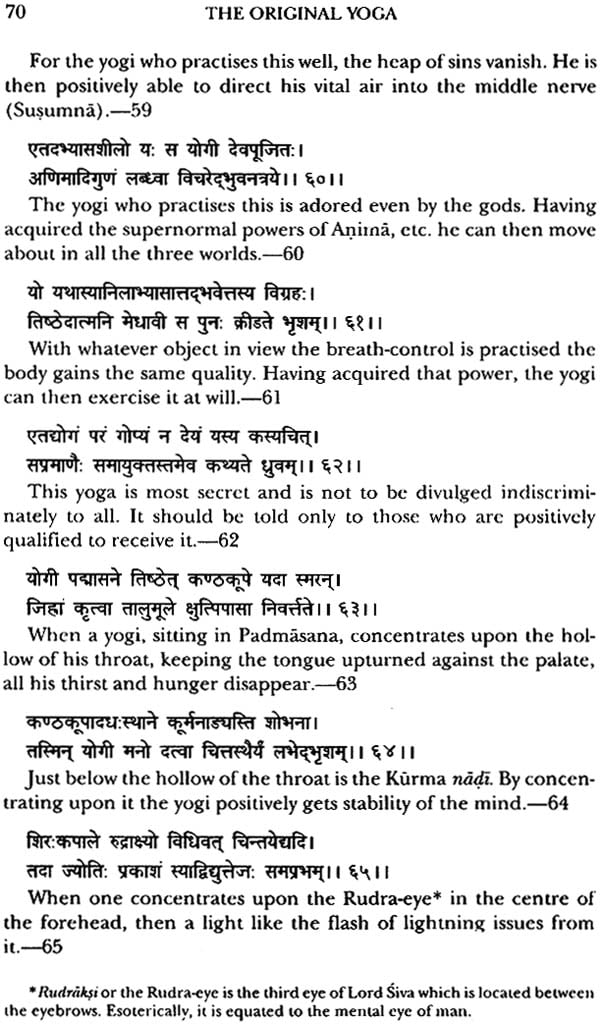 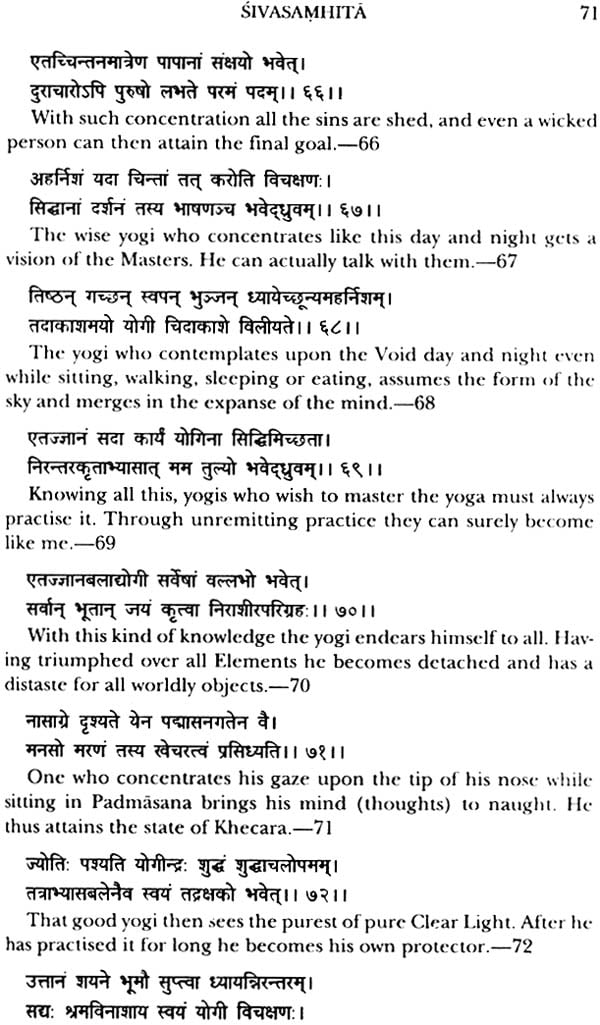 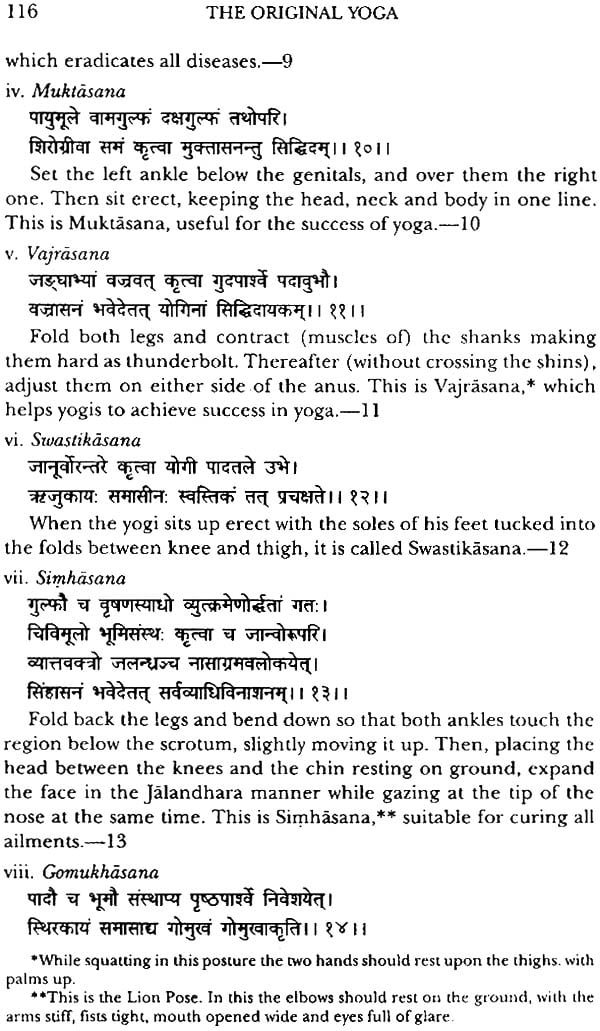 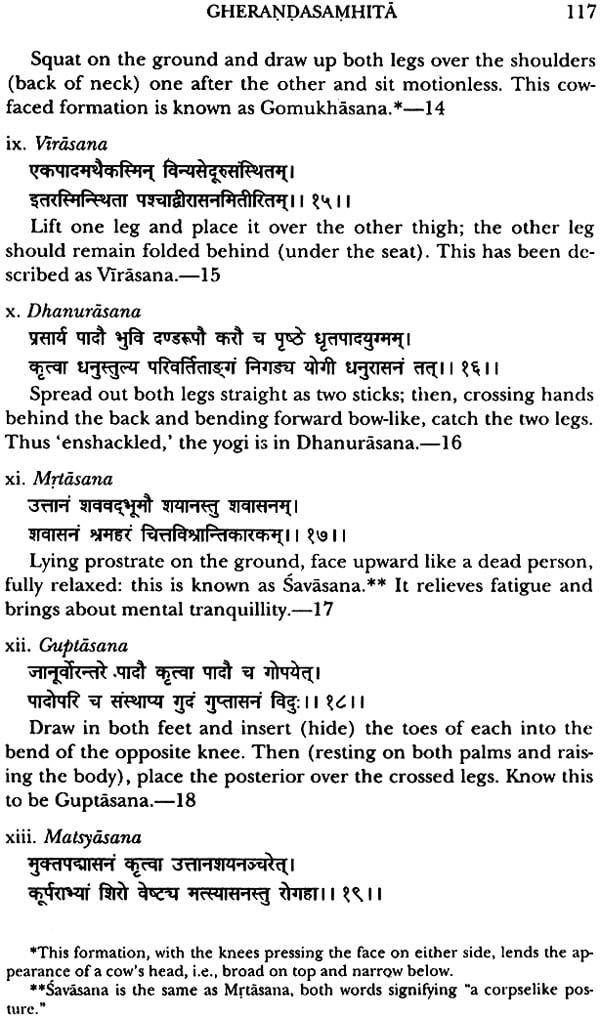 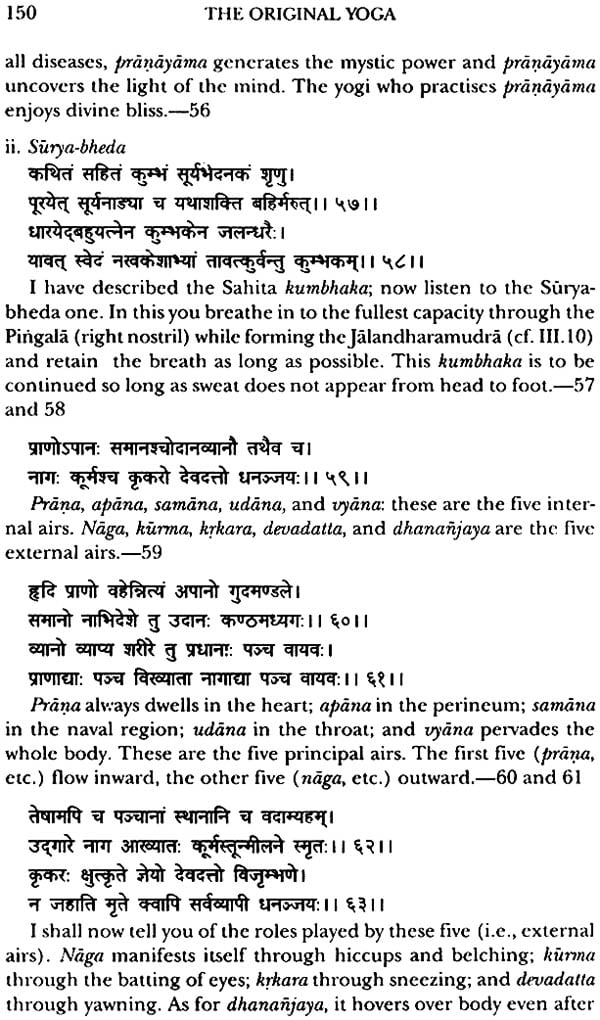 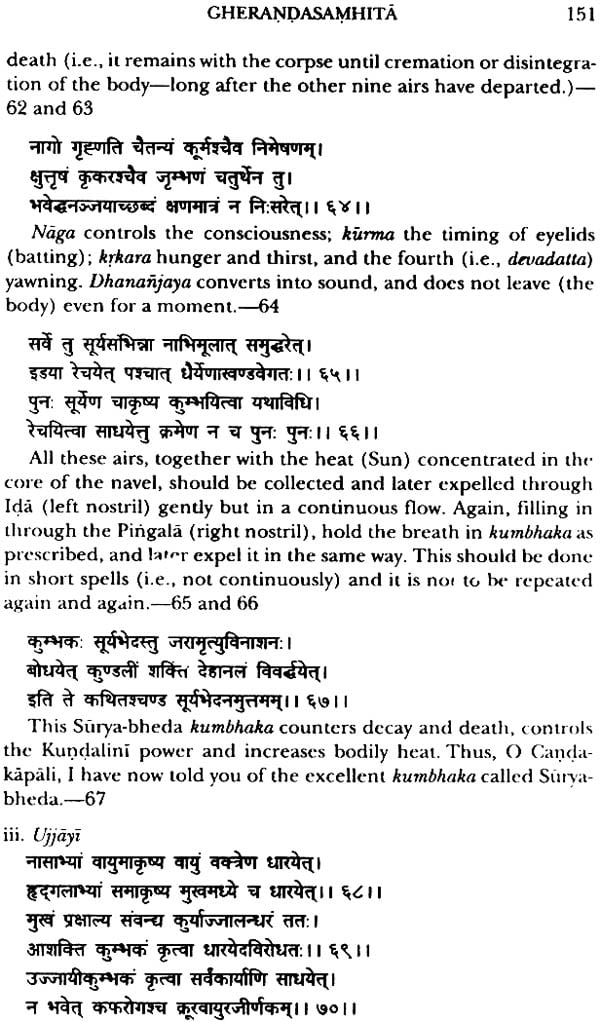 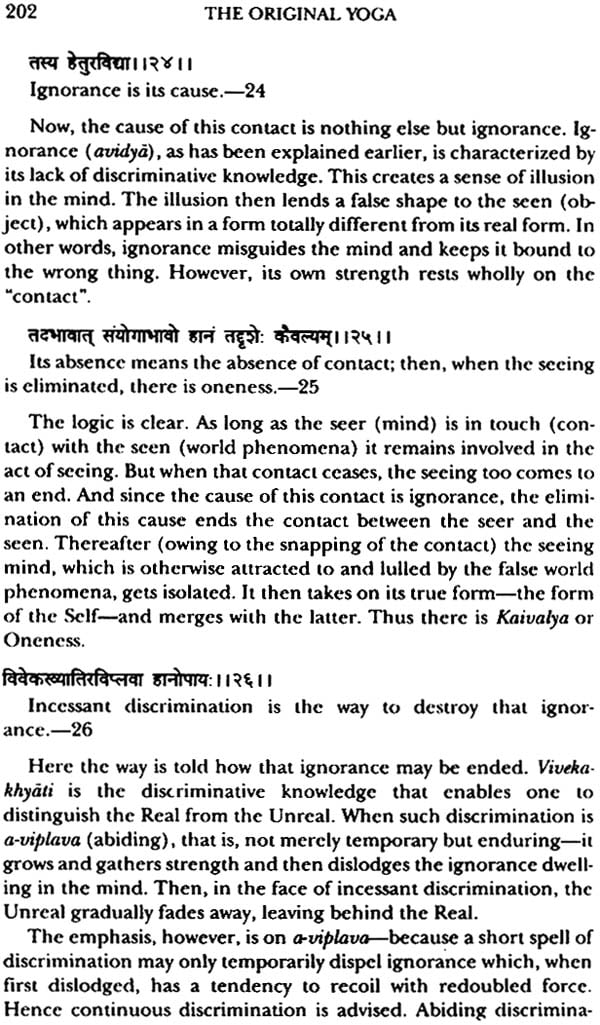 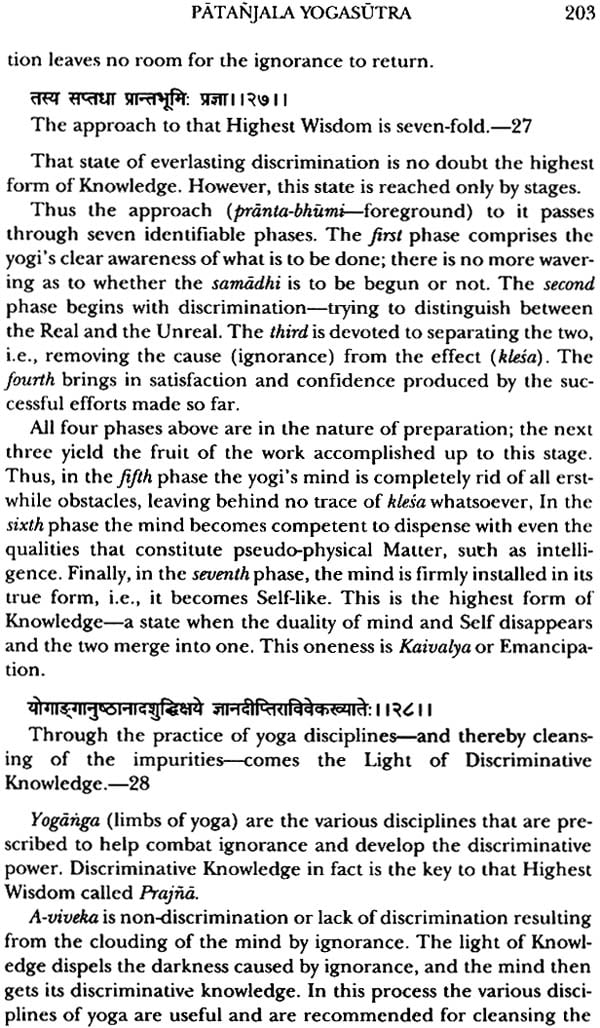 The Science of Self- Realization: A Guide to Spiritual Practice in the Kriya Yoga Traditon (Patanjali’s Yoga-Sutras
By Roy Eugene Davis
$31
FREE Delivery 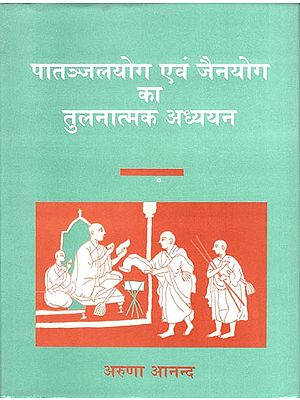 Yoga a New Direction - Yoga: The Science of the Soul (Commentaries on the Yoga Sutras of Patanjali)
By Osho
$41
Sold Out

The Path of Yoga: Discovering the Essence and origin of Yoga (The Yoga Sutras of Patanjali)
By Osho
$33
Sold Out

Patanjali’s Yoga Philosophy (Based on The Teachings of Sri Swami Satchidananda)
By O.R. Krishnaswami
$26
FREE Delivery

The Science of Yoga (The Yoga-Sutras of Patanjali In Sanskrit With Transliteration In Roman, Translation And Commentary In English)
By I. K. TAIMNI
$36.80
FREE Delivery
Best Seller
$46  (20% off)

The Essence of Yoga: Reflections on the Yoga-Sutras of Patanjali
By Bernard Bouanchaud
$35
FREE Delivery
Best Seller
Book FAQs
Add a review
Have A Question