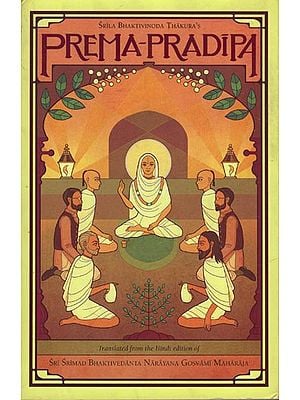 Sri Srimad Bhaktivedanta Narayana Gosvami Maharaja appeared in 1921, in Bihar, India, and at the age of twenty-five, he met his gurudeva, Sri Srimad Bhakti Prajfiana Keava Gosvami Maharaja, who initiated him into the practice of bhakti-yoga. He travelled the globe thirty times between 1996 and 2010, revealing the glories of devotion to Sri Krsna, often quoting the writings and illustrious life of Srila Bhakti-vinoda Thakura. On December 29, 2010, in Sri Jagannatha Puri-dhama, he concluded his pastimes in this world.

to the first English edition we are delighted to present to the English readers this translation of the compelling spiritual novel by Srtla Bhaktivinoda Thakura. entitled Prema-pradipa; which has been translated from the Hindi edition of nitya-lila-pravista om visnupada astottara-sata sri Srimad Bhaktivedanta Narayana Gosvami Maharaja (Srila Gurudeva), We humbly offer this English edition into his hands.

controls his senses and his breathing process and fully

absorbs his mind in Me [the Supreme Person] all the

For more information on this subject. readers should

Written in Bengali in 1886. at a time when the people of India were turning away from their own spiritual heritage to embrace divergent philosophies, this book enchanted its readers and inspired them to again cherish genuine spiritual life.

Sixty-five years later, Sri Srimad Bhakti Prajnana Kesava Gosvami Maharaja, the author of this edition's first introduction (entitled Pradipa-sikhas, championed the mission of Srila Bhaktivinoda Thakura, boldly denouncing pseudo-spiritual influences, which are incongruent with authentic Vedic scriptures. He again published this great work, which is both delightful and profound and which illuminates the means of attaining the true and ultimate goal of yoga in accordance with the Vedic version.

Prema-pradipa contains extensive references to a religious movement known as Brahmoism. While this religion may seem obscure for Western readers, it was prevalent during the time the book was written. Founded by Raja Rama-mohana Raya in the 19th century, Brahmoism was conceived as a Hindu reform movement and monotheistic religion. The movement's philosophy was steeped in rationalism and a modern scientific approach. Brahmoist philosophy asserts that worship of the Supreme Lord's form equates to idolatry, that the Vedic scriptures are unworthy of faith, and that one should not place faith in the avataras of Bhagavan (the Supreme Lord). According to the Vedas and those who have perfectly imbibed Vedic thought, such thinking prevents a person from ever relishing the bliss inherent in the soul and from tasting full freedom. It was with grave concern For the spiritual well-being of all that Srila Bhaktivinoda Thakura penned this great literature.

The arst of March. 1951. was the anniversary of the appearance of Sri Gauranga Mahaprabhu. On that day. in Chunchura (Hugh), West Bengal. the founder and chairman of Sri Gaudiya Vedanta Samiti, my most worship- ful master jagad-guru nitya-lila-pravista om visnupada Sri Srrmad Bhakti Prajnana Kesava Gosvami Maharaja. published his first edition of Prema-pradtpa. a spiritual novel by Sria Bhaktivinoda Thakura. In his introduction. entitled Pradipa-sikha our sitla gurupada-padma has elucidated and expanded on subjects concerning both the contents of the book and the author himself.

Sria Bhaktivinoda Thakura succeeded in bringing to print most of the philosophical devotional literature that he desired to publish. He has thus broadcast the innermost heart's desire of Sri Gaurahari and the Gaudiya gosvamis and acaryas. In each and every one of his books. he has encapsulated the essence of all the scriptures. Prema- pradipa being no exception.

From the storehouse of his self-evident, exceptional genius, Srila Bhaktivinoda Thakura disseminated the ten chapters of Prema-pradipa at a time when Western customs, values and ways of thinking were weaving a net of illusion and causing a social and religious revolution among the Bengali people-and indeed all Indians. The modern educated class, carrying the banner of that revolution, held a contemptuous and stigmatic view of sanatana-dharma (i.e. Vaisnavism) - the form of which was disfigured-a pretext they used to justify their own hedonism. At such a time, Sria Bhaktivinoda Thakura established once again the intensely brilliant light of Sri Caitanya Mahaprabhu's Gaudtya Vaisnavism and advanced the flow of the current of pure bhakti in the present yuga. Thus, pure devotion and the light of Vaisnavism were propagated among the Vaisnava society and the educated public.

Srila Bhaktivinoda Thakura made a comparative study of scientific and Vedic principles, thus constructing a channel of reconciliation, which checked the overflow of unsettled religious and social dilemmas of the day. Therefore, not only the Vaisnava sect, but all groups of men, present and future, will remain forever indebted to him Amidst the illusion stemming from society's imitation of the West and its lack of faith in the antiquity of the East, he empowered his non-different manifestation, the great lion-like personality Srila Bhaktisiddhanta Sarasvati Thakura, thus ushering in victory for Vraja. Having been opposed to Bhagavan since, time immemorial, we often fail to recognize the great personalities who are both the source of auspiciousness for the world and our only true friends. Therefore, the enthusiasm seen in Bengal to adore and remember mundane poets, artists, teachers, authors and politicians, who can offer fleeting benefits only, is not found even slightly for greatly auspicious personalities. From now on, may their benevolence and sincere, causeless compassion for the human race be our only focus. 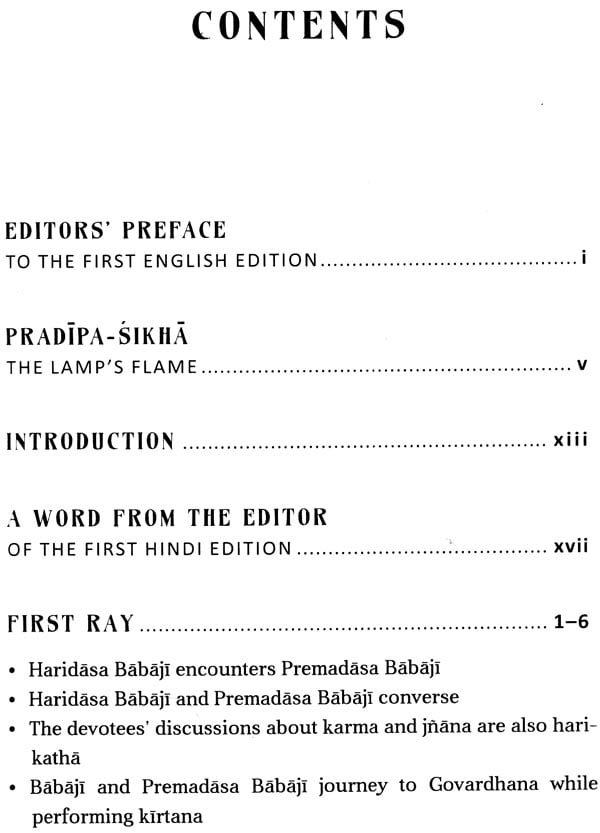 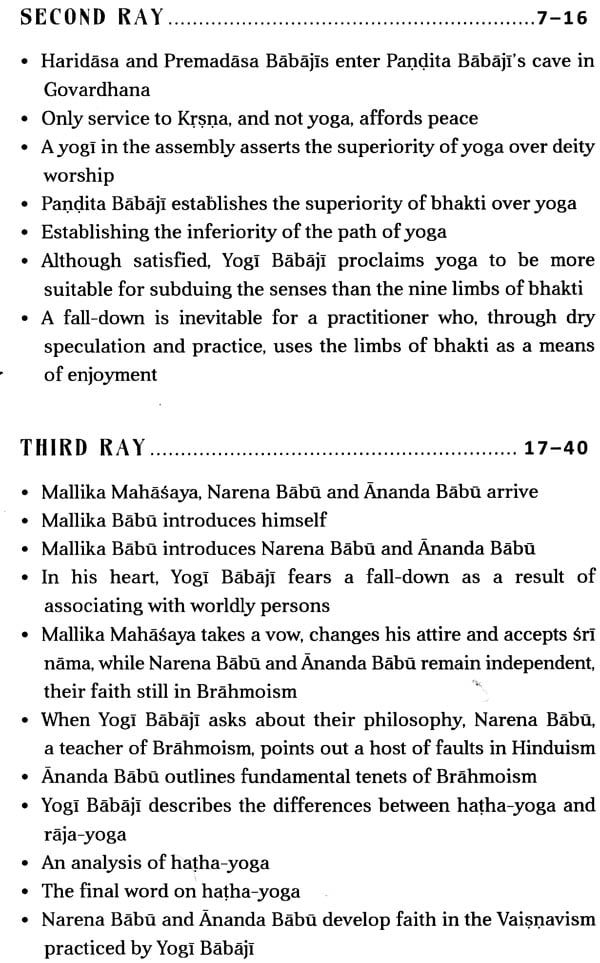 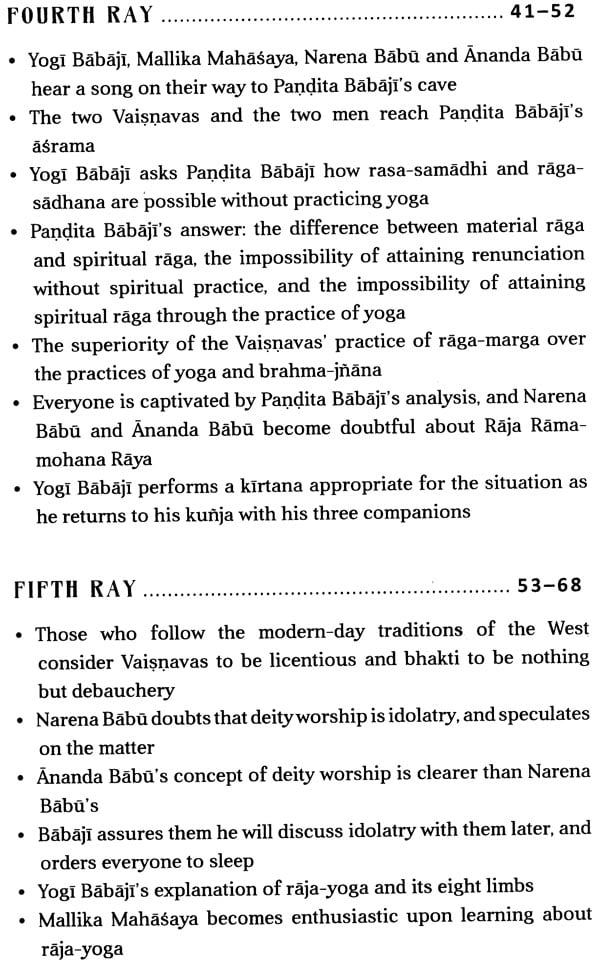 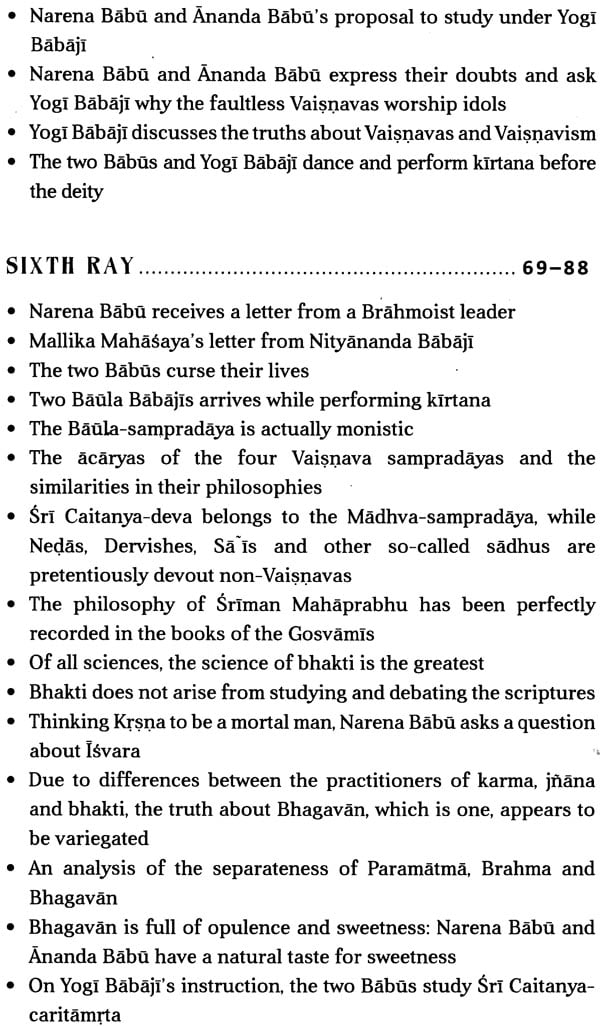 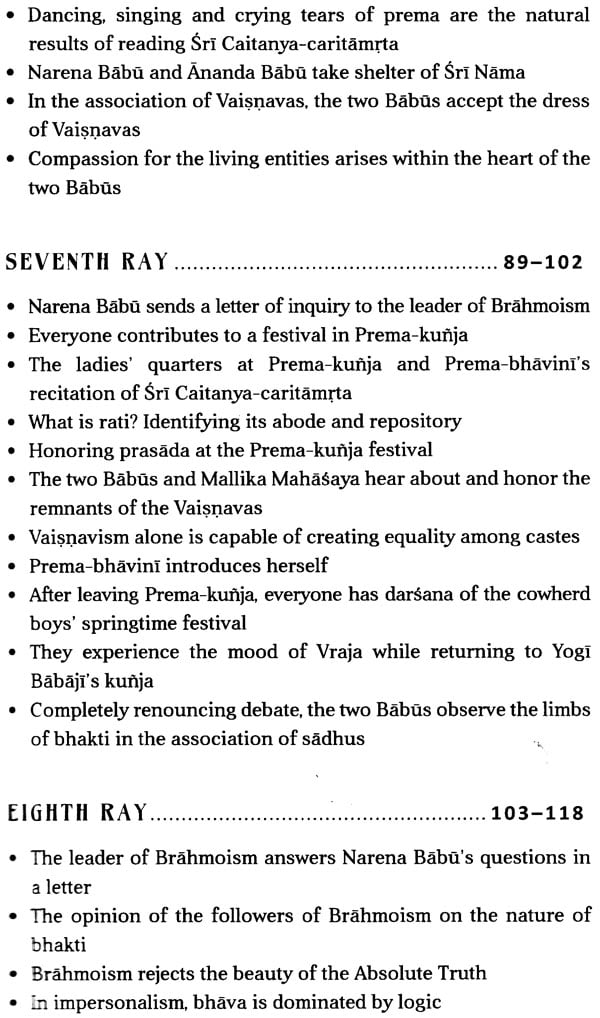 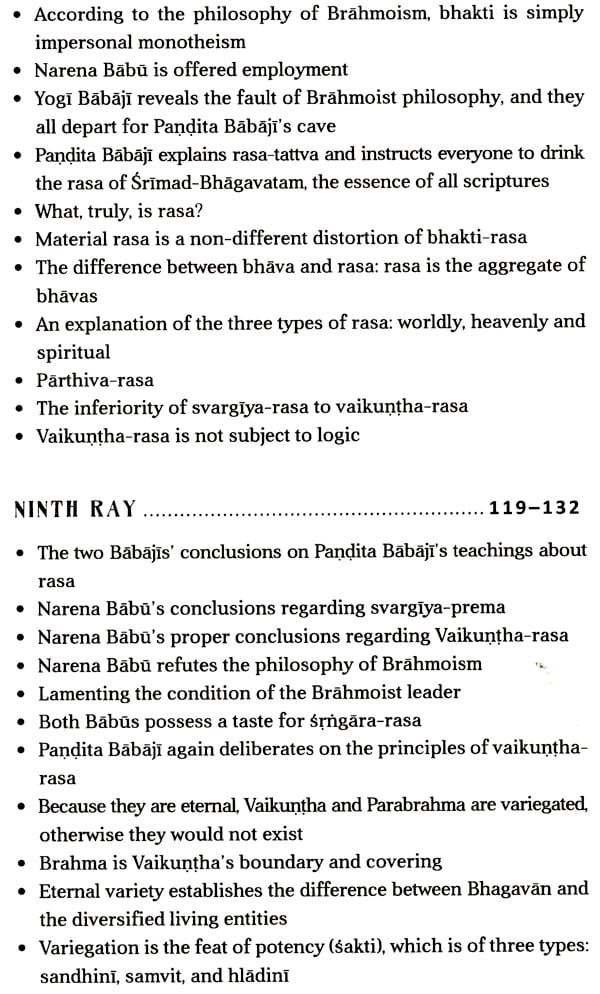 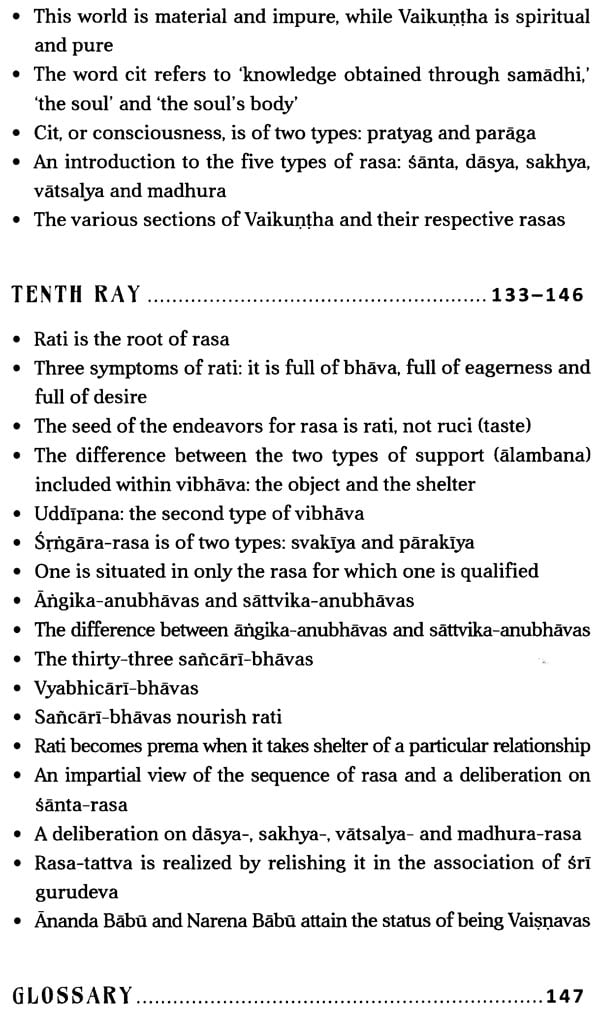 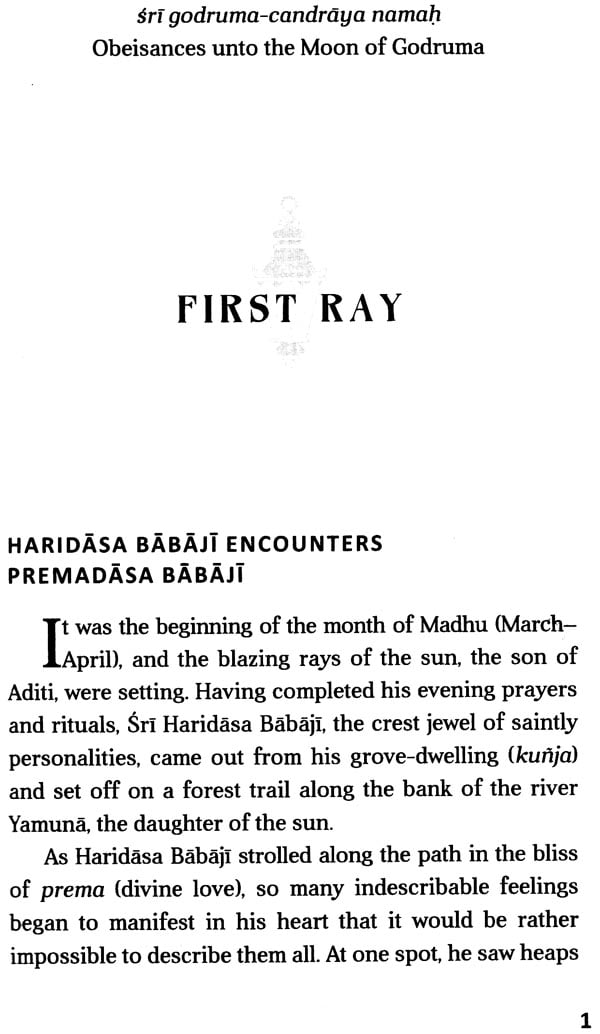 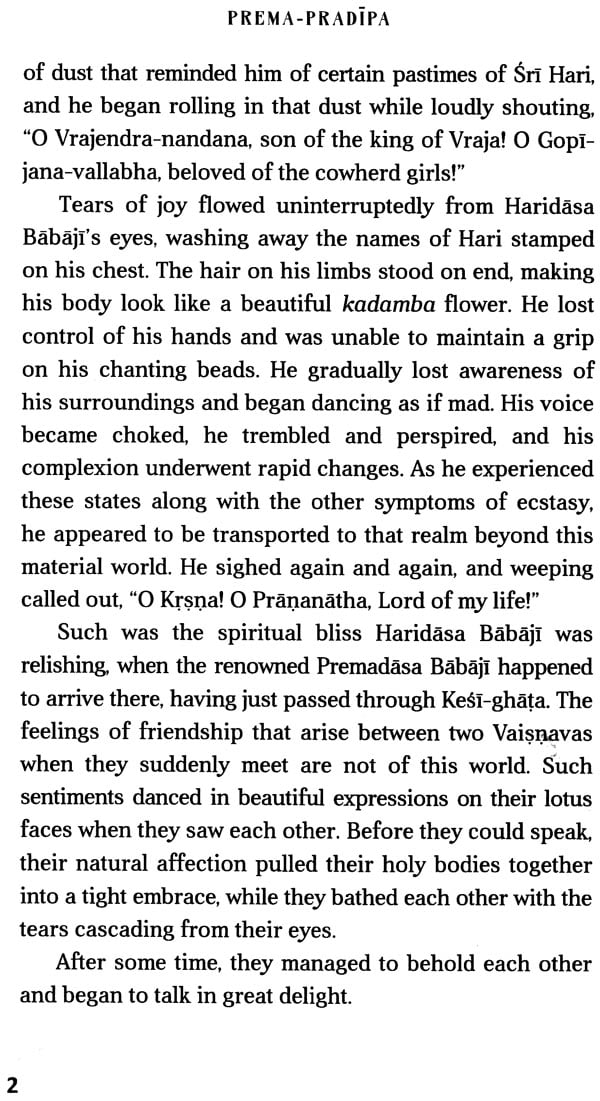 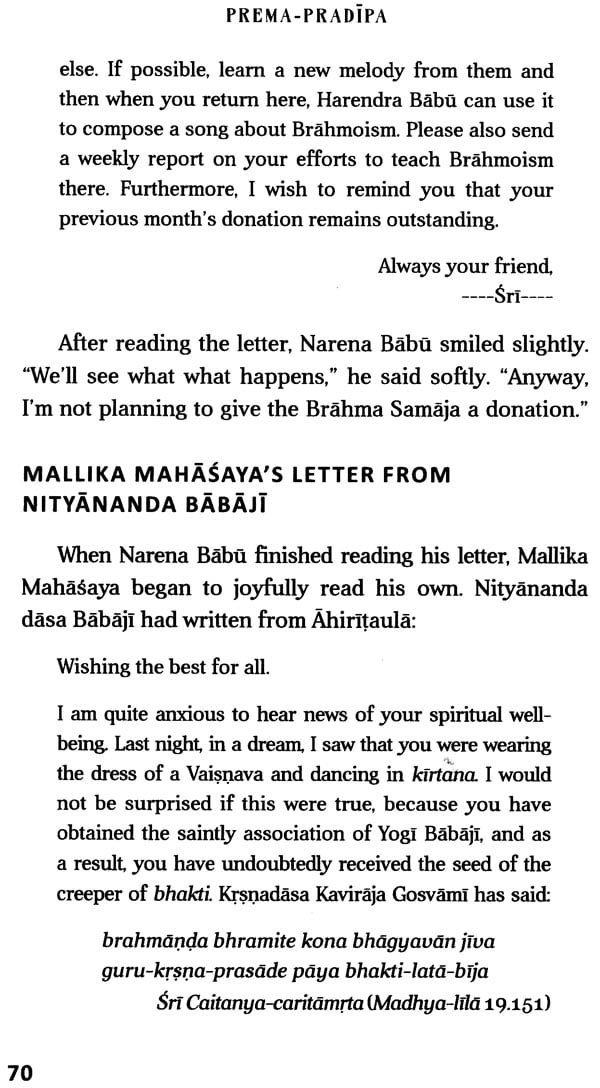 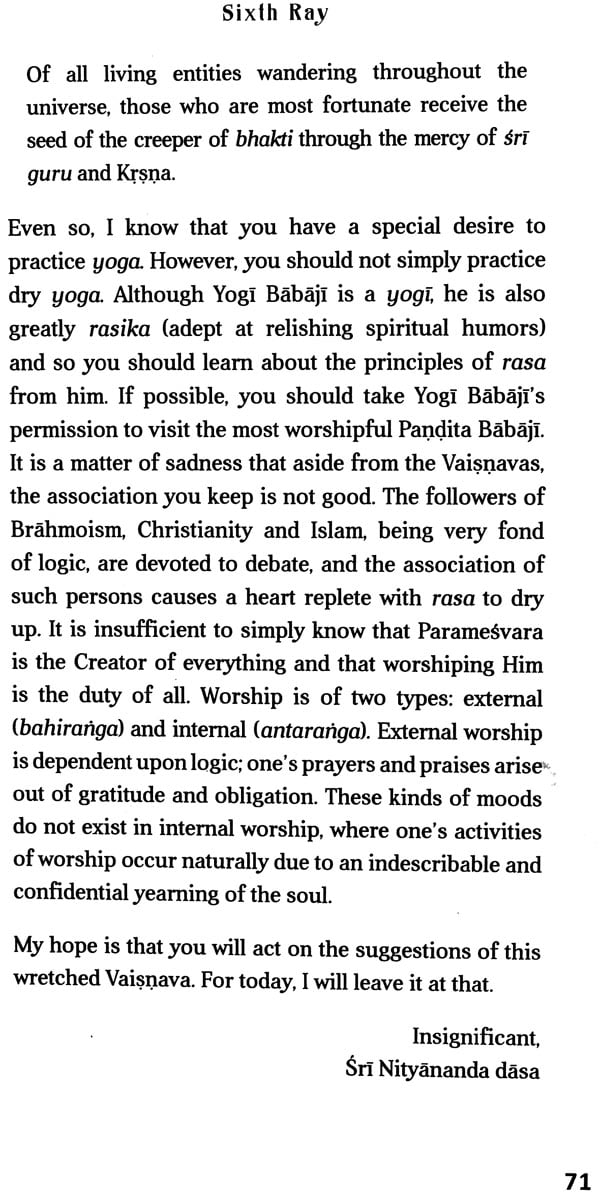 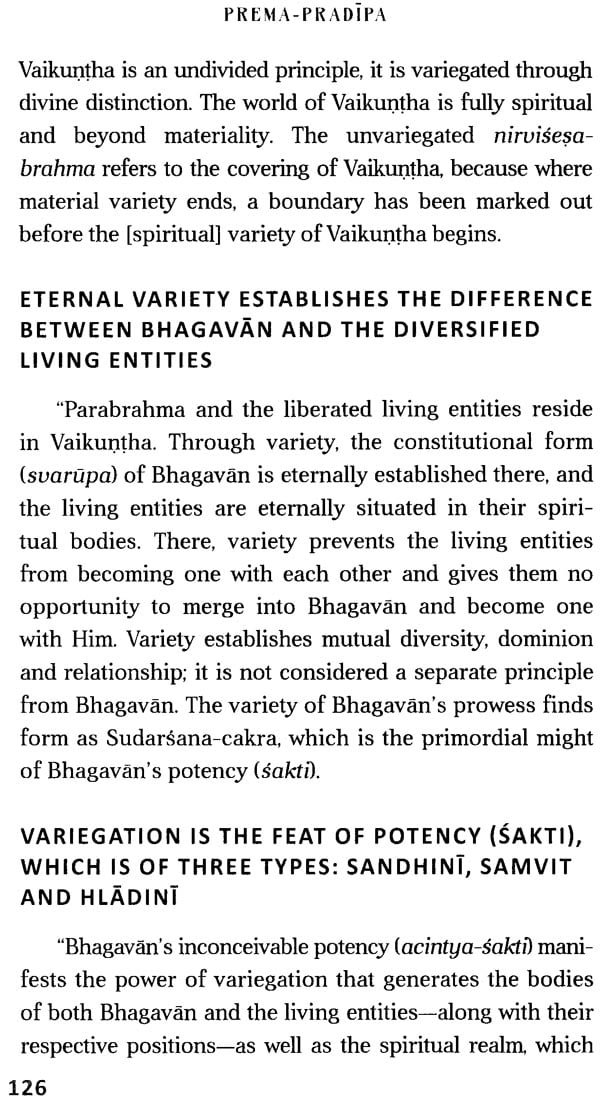 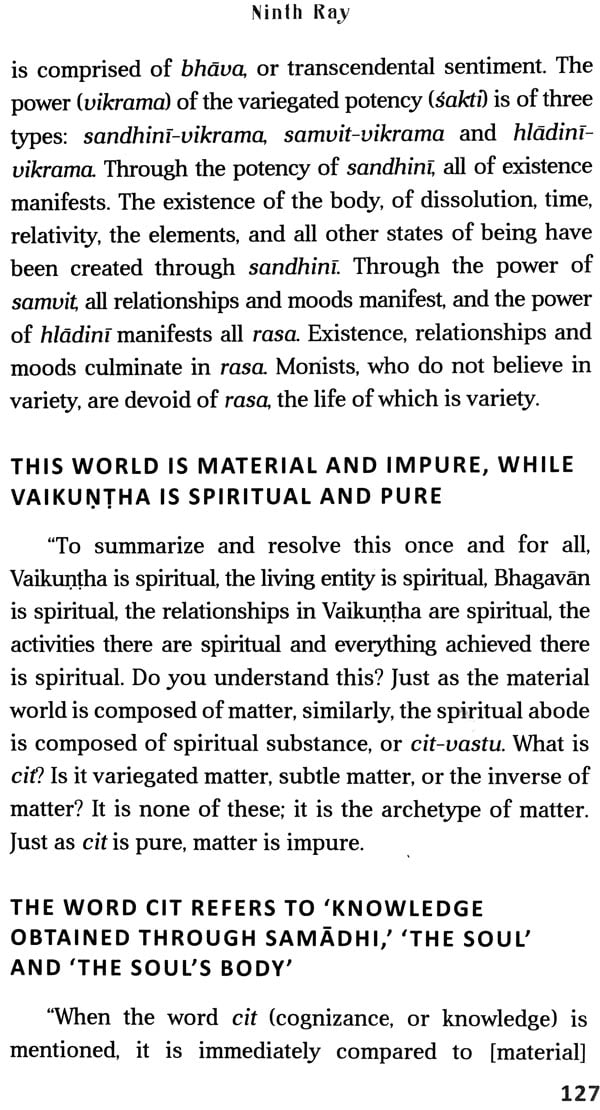 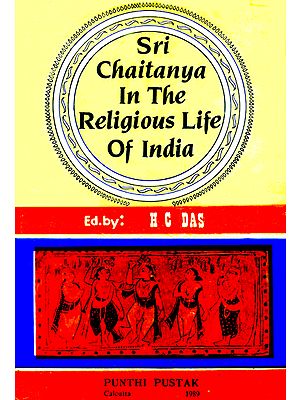 Sri Chaitanya in The Religious Life of India
By H.C. Das
$49
FREE Delivery 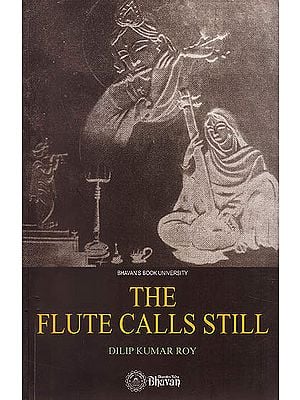 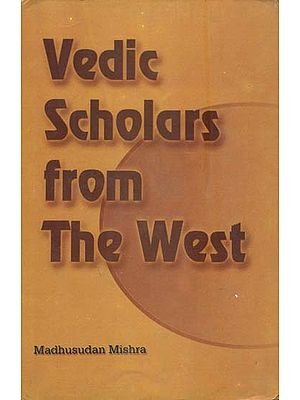 Vedic Scholars from The West
By Madhusudan Mishra
$22
FREE Delivery 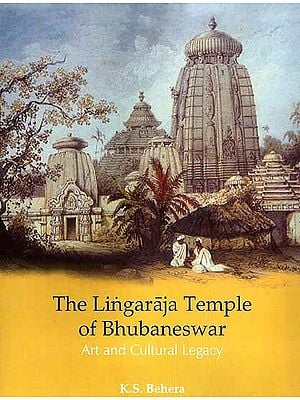 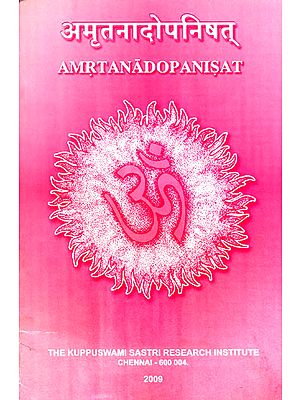