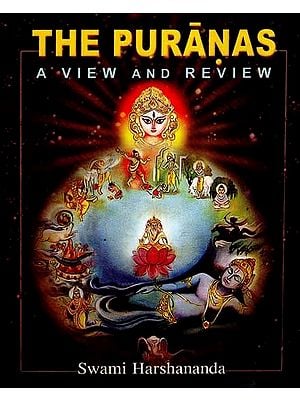 The Puranas- A View and Review

The Vedas are the basic scriptures of Hinduism. However, modern Hindu religious practices, as they obtain today, are deeply indebted to the puranas. Whether it is meditation on God the Absolute, or the queer modes of worship of a grotesque idol of a village deity, everyone of the religious practices of Hinduism finds an honourable place in the puranas. This is because they have recognized the need for a variety of approaches to God, to suit the bewildering divergence of human temperaments. If the Hindu society has not been swept off its feet by the incessant invasions of barbarians or the powerful impacts of semitic religions or even the periodic internal upheavals by heretics, it is not a little due to the puranas. They have not only prevented in from disintegrating, but, on the other hand, have strengthened it immensely by imparting it a tenacious resilience, rarely seen in human history. This, they have done, not by adopting a tough and dogmatic approach, but by making various internal adjustments, keeping however, the core of the religion intact.

There is an additional reason as to why the puranas have become the saviours of Hinduism. It is because they have encompassed all aspects of human life, whether sacred or secular. This has naturally made them grow to encyclopaedic proportions. At a time when the only access to knowledge for the common masses was by listening to the puranas, they have discharged their duties to the society admirably well. 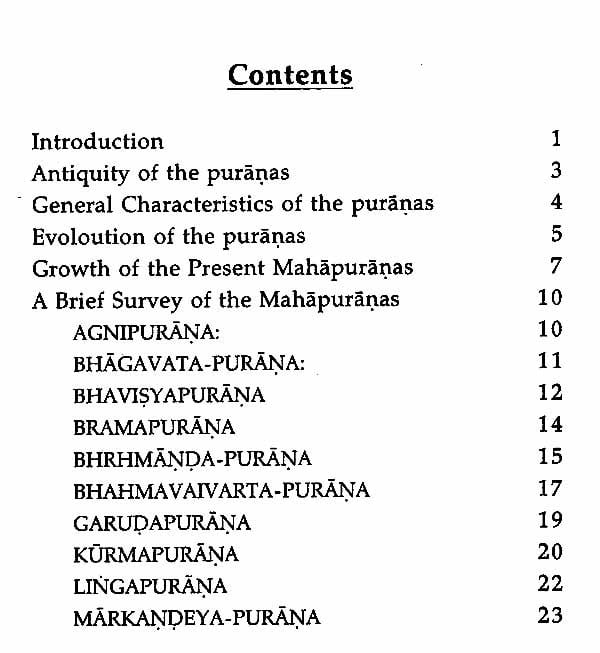 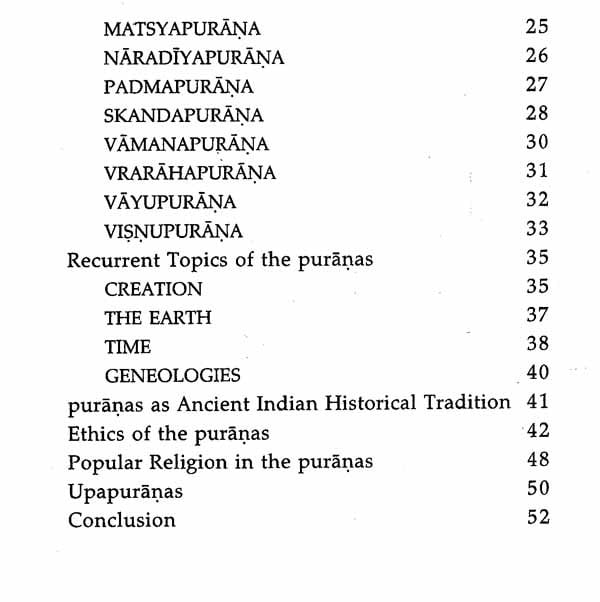 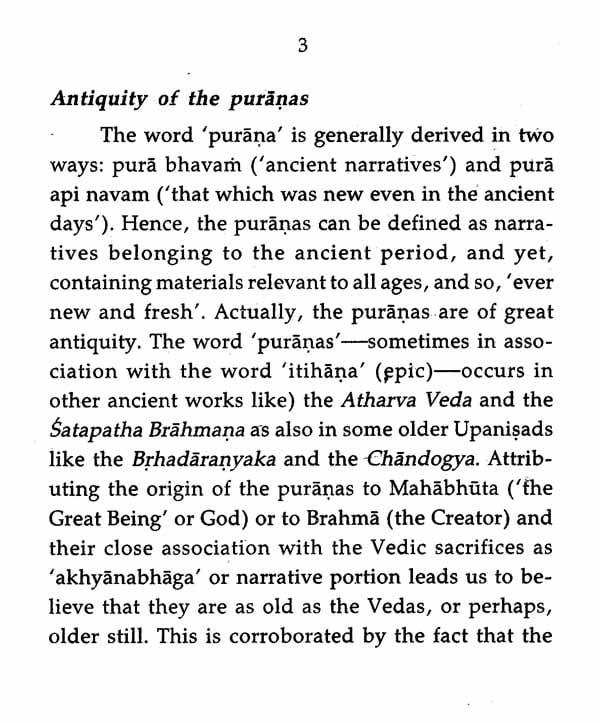 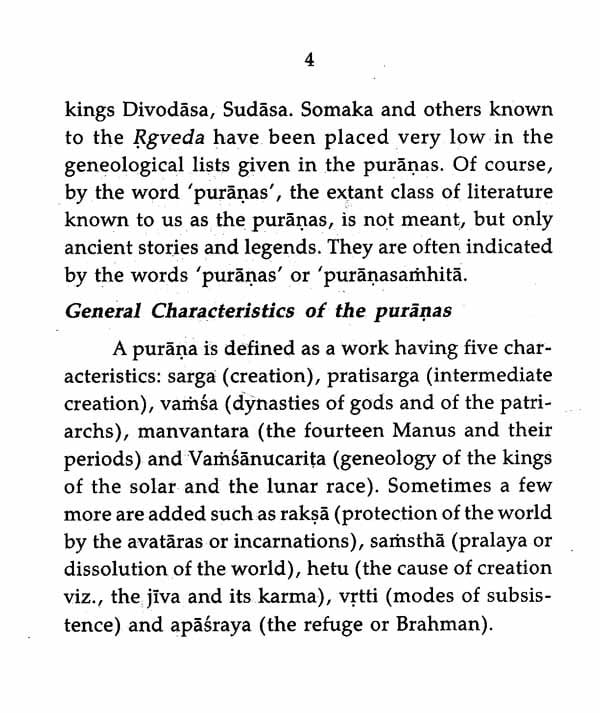 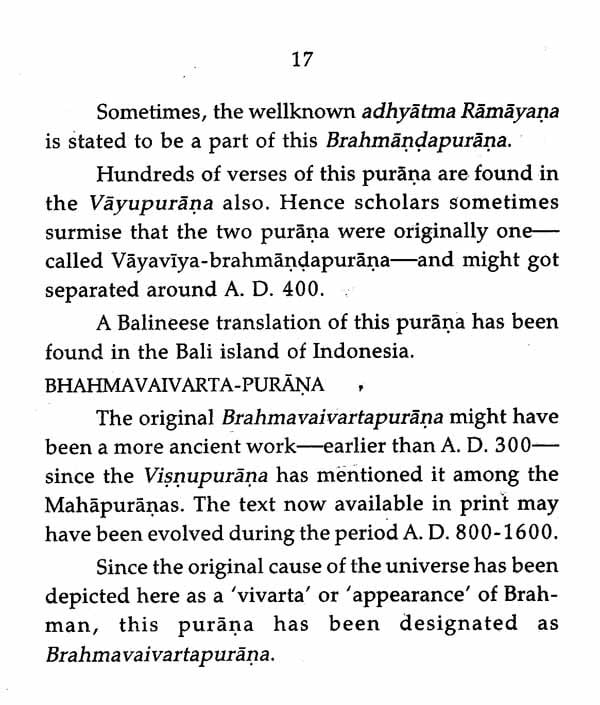 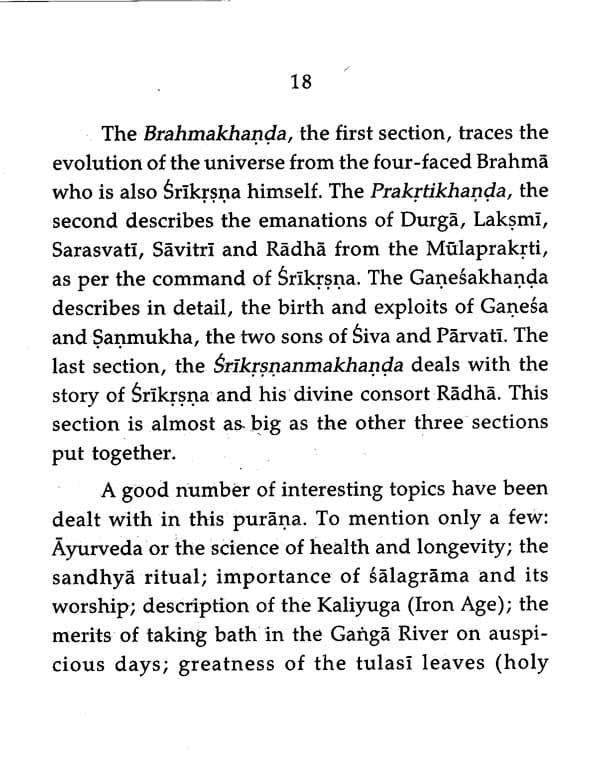