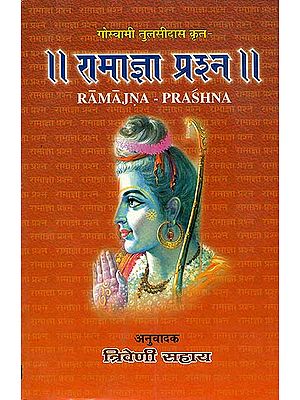 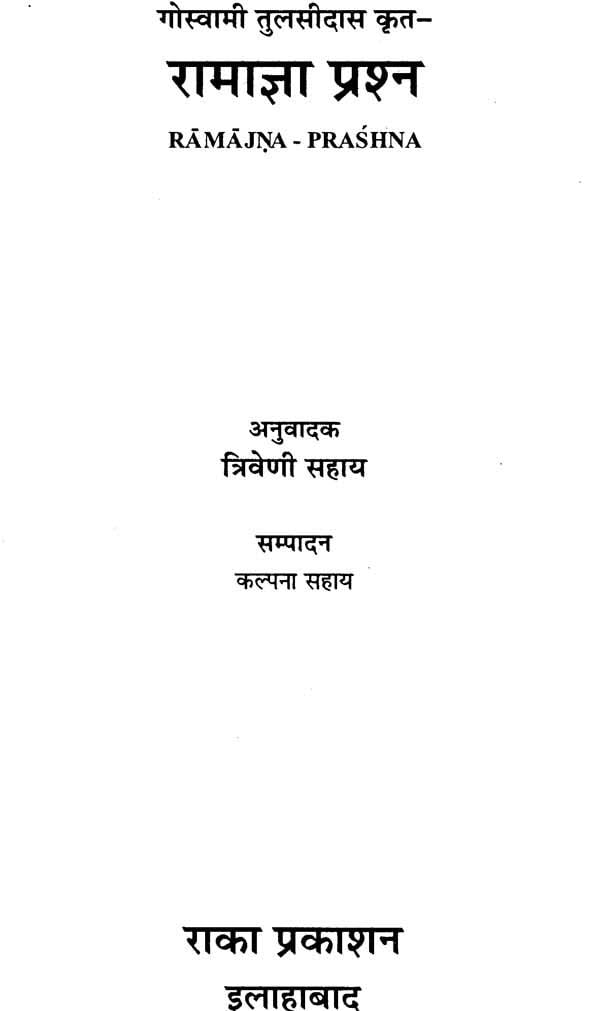 It is said that Goswami Tulsidas Ji had written this book named Ramagyan Prashna for the benefit of one of his acquaintances Sri Ganga Ram Jyotshi (Astrologer). Sri Ganga Ram resided at Prahladghat in Kashi. He used to go for evening prayers at the bank of the Ganges, with Sri Tulsidas Ji. One evening when Sri Tulsidas Ji, on his way to the Ganges called on Sri Ganga Ram Ji, he (Ganga Ram Ji) showed his inability to accompany him (Tulsidas Ji) for prayer. Sri Goswami Ji enquired, "what is the reason ? You look so worried".

The astrologer (Ganga Ram Ji) told "At Raj Ghat, resides the King of the Garhwar race. His prince son, had gone on a hunting expedition; but has not returned. as yet. There is a news that one of the members of the party has been mouled to death by a Tiger. The Raja had called for me today. I was asked to tell whether the prince is in comfort or not. It is a dealing with a king. I am told that if my predictions about the prince come out correct, then I shall be highly awarded, otherwise I will be sentenced to death. I have returned home, with permission of one day's time for calculations. But my knowledge of the astrologry is not so much as to find out, a definite answer to the king's query. God knows, what happens tommorrow".

Goswami Ji (Tulsidas Ji) was moved on the sight of the pitiable condition of the Brahmin (Sri Ganga Ram) and he said, "You do not worry. The Lord Sri Raghunath Ji will save you".

Having being assured by Goswami Ji, the astrologer went for the evening prayers with him. On returning home after the prayers Sri Goswami Ji set upon writing this book. In absence of ink at that time, he diluted catchu (katha), and finished writing of this book with a read-pen in six hours; and presented it to Sri Ganga Ram Ji.

The next day, Sri Ganga Ram Ji presented himself before the King and informed him that the prince was well. Sri Ganga Ram had consulted this book.

The prince was all right. One of his companions was killed by the tiger. But the King kept the astrologer detained till the return of the prince. On the return of the prince Sri Ganga Ram was set free. The King begged pardon of Sri Ganga Ram and gave him a lot of money in reward. Sri Ganga Ram brought the entire reward and kept it at the feet of Sri Tulsidas Ji. What did Sri Goswami Ji care for the money, but on much insistence and entreties, he took out ten thousand rupees only, just to satisfy Sri Ganga Ram Ji. Sri Tulsidas Ji, spent the entire amount of ten thousand rupees in erecting ten temples of Sri Hanuman Ji at Banaras. In all these ten temples, the statue of Sri Hanuman Ji is facing towards the south.

This book is comprised of seven chapters. Each chapter has seven groups, and each group consists of seven couplets. In this book Sri Tulsidas Ji has retold the story of his epic "Sri Ram Charit Manas", but the sequence is not in order. It is jumbled up. In the first and the fourth chapter, the contents of the Bal Kand of the Ram-Charit-Manas have been given. In the second chapter the Ayodhya Kand and a portion of Aranya Kand of the Manas have found place. In the third chapter the remaining portion of the Aranya Kand and the Kishkindha Kand have been dealt with. The Fifth chapter deals with the Sundar and Lanka Kands of the Manas. In the Sixth chapter the coronation ceremony has been described together with a few other incidents. The seventh chapter is mostly devoted to tell the manner in which this book is to be consulted.

The Process of the consultation

On an auspicious day (Monday, Tuesday & Sunday) this book be invoked in the following manner. In the evening the book be placed on a sacred place in the house, and request be made "Tommorrow, I shall consult you on some important matters. Please, be kind enough to give appropriate and correct answers to my queries".

The ensuing morning, in the early hours, after taking bath, the book be worshiped, by offering sandal paste, flowers, incense and waving of lights. Now with faith and devotion the grace be invoked of the preceptor (Guru), Ganesh Ji, Shiv-Parvati Ji, Sri Sita Ram Ji, Sri Laxman and Sri Hanuman Ji. Now make the query. Put in heap, one hundred and eight seeds of lotus before the book. Take one by one three fist-full of the seeds and keep them separately. Now count the seeds of the first lot and devide it by seven. Whatever number comes as remainder is the number of the chapter of this book in which the answer of your query is to be found. By the similar process i.e. counting of the seeds of the second lot and dividing it by seven, the remainder will be the number of the group of the chapter already arrived at. Like wise find out the number of the couplet of the above group, by counting and dividing the number of the third lot. If the balance ever comes to be nil then take the last number (7th) of the chapter, group or the couplet as the case may be. If, on all the three occasions the balance is nil then the seventh couplet of the seventh group of the seventh chapter be taken. Now read the particular couplet and know the answer of your query. 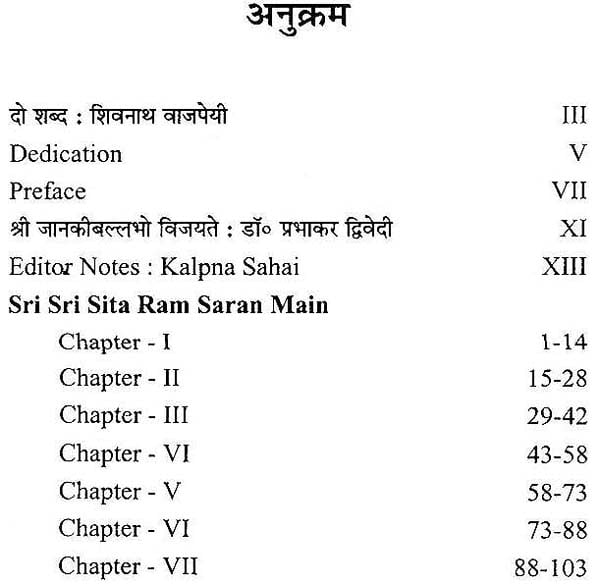 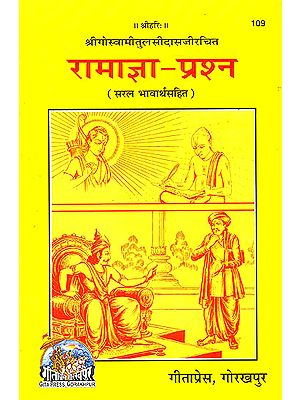 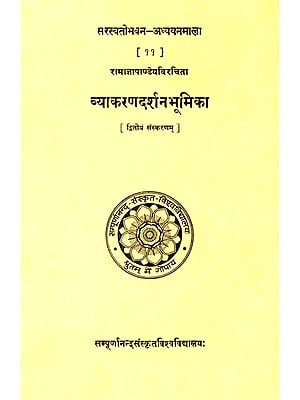 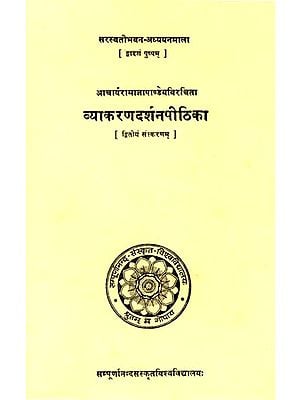