The term Rtusamhara stands for a collection of seasons. The second part is indicative of the meaning "to bring or draw together, unite, compress, collect, contract, bridge and to throw together" according Monier Williams Dictionary. Hence the title of the work by Kalidasa is translated by various scholars in different forms. H. H. Wilson gives the title as "Assemblage of seasons." William Jones, the first editor of the work prefers the title of "Cycle of the seasons." E. Mathers has given the translation of the term as "A circle of seasons."3 An anonymous editor who published the work has given the form of An account of Seasons. R. S. Pandit whose work is very popular gives the title as 'The pageant of the seasons.

Though the authorship of the poem is under a cloud, most of the scholars who have brought out the collected works of Kalidasa have included it in their compendium.

The credit of editing this text for the first time together with an English translation goes to Sir William Jones (1746-94) the pioneer of Sanskrit studies in the West. A. A. Macdonnel states : "To Sir William Jones also belongs the credit of having been the first man who ever printed an edition of a Sanskrit text. This was a short lyrical poem entitled Rtusamhara or Cycle of the seasons, published in 1792.

It is noted that "On the question whether Kalidasa was the real author of this poem, opinion is divided. Among arguments advanced for the nagative are that Mallinatha did not comment on it and rhetoricians did not quote from it.

This point was discussed by Prof. G. C. Jhala in a detailed manner as fellows. "This small poem consisting of six cantos was for a time looked upon as a spurious work fathered upon Kalidasa. It was contended that it is far inferior to Kalidasa's genuine works in thought and language. Secondly Mallinatha, the famous commentator of Kalidasa has not commented upon it. Nor do the Alankara writers cite any verse from it. Finally its authenticity was called in question on the score of Kalidasa's ethical quality lacking in it.

P. Hari Chand Sastri accomplished the colossal task of tracing the verses of Kalidasa in works attributed to him to quotation in several works on Alankara and has expressed the views on the comparative authenticity. He has stated that the treatises on Aiankara ignore this poem completely with a striking unanimity. He could not find a single stanza quoted from it in the whole Alankara literature though as he justly remarks, descriptions of the seasons would naturally lend themselves to quotation : He further points out that no commentary on the Rtusamhara appears till the eighteenth century. He further points not that the first work to quote from Rtusamhara is an anthology of the fifteenth century.

Keith has answered the objections in the following line. More deplorable are some of the authentical arguments adduced, complaint is made that the poet begins with the summer whereas the spring was the usual beginning of the year forgetting that Kalidasa was not composing an almanac or writing a shepard's calender. Again heart of its derivatives (tap) is found seven times in Canto I as if this did not accord with summer, as does eagerness (Samutsukatva) with the rains and longing (utkantha) with autumn. The poet is censured for asserting that the swans excel maidens in beauty of gait and the branches rob thier arms of loveliness, later, he was not guilty of such discourtesy. He mixes a metaphor in speaking of clouds as having the lightning as creeper as we have seen, Vatsabhatti follows the phrase, and exploits two other verses of the poem, proving its antiquity and rendering most probable use of figures of speech is addused against him and the use of "Samhara" in the title has been questioned as unique."

These arguments have not been suceessful in winning general acceptance from the world of scholars, because they are explicable otherwise. The inferiority of thought and expression, for instance, will be easily, understood if we consider that the Rtusamhara was the very first attempt of the poet as poetic composition. "It embodies the work of a novice in the poets art who is struggling to find ideas and adequate expression to convey them. This circumstance sufficiently accounts for its inferiority. If, therefore, Mallinatha did not comment upon it, it is hardly to be wondered at. The poem is simple—too simple as a whole for a seasonal commentator like Mallinatha to a write a commentary upon." This also explains why the rhetoricians as a rule did not draw instances froms the poem. When they had nature works from the same author before them giving much scope they did not consider is fit to refers to a simple poem. Since it is a juvenile effort there is no scope for much ethical quality. The youthful artist may be excused on this count. 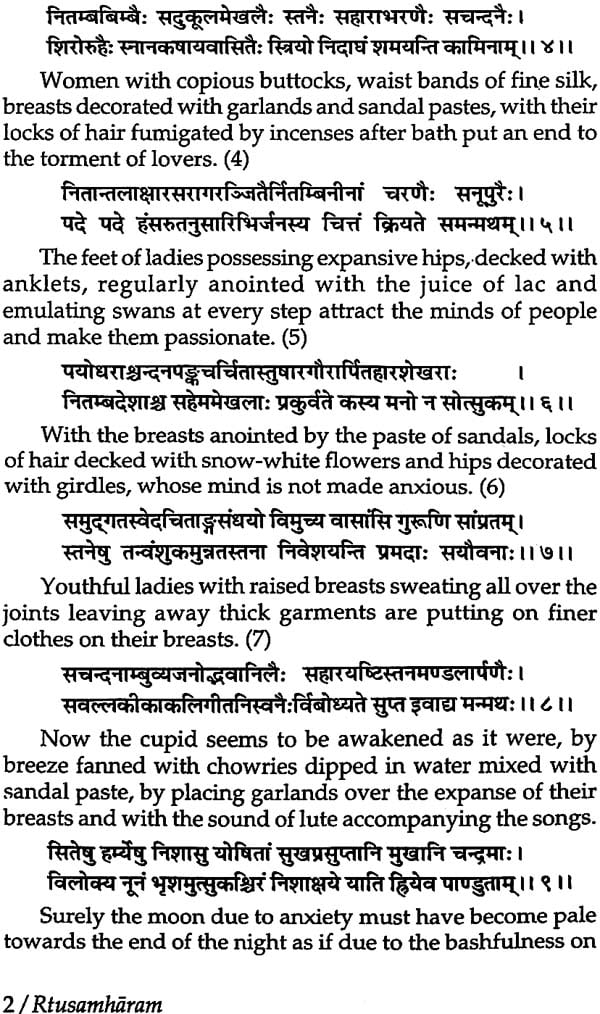 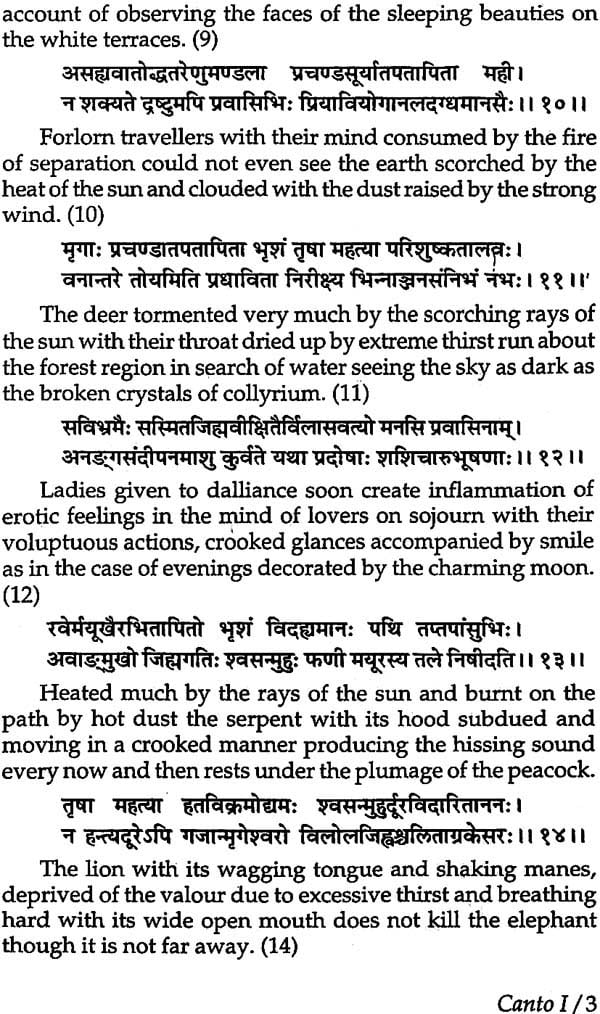 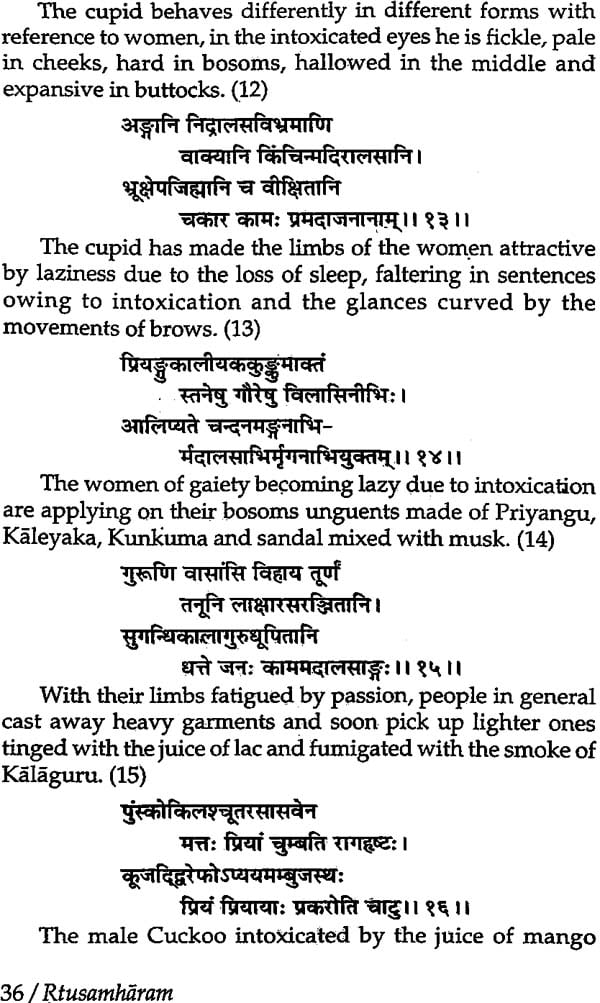 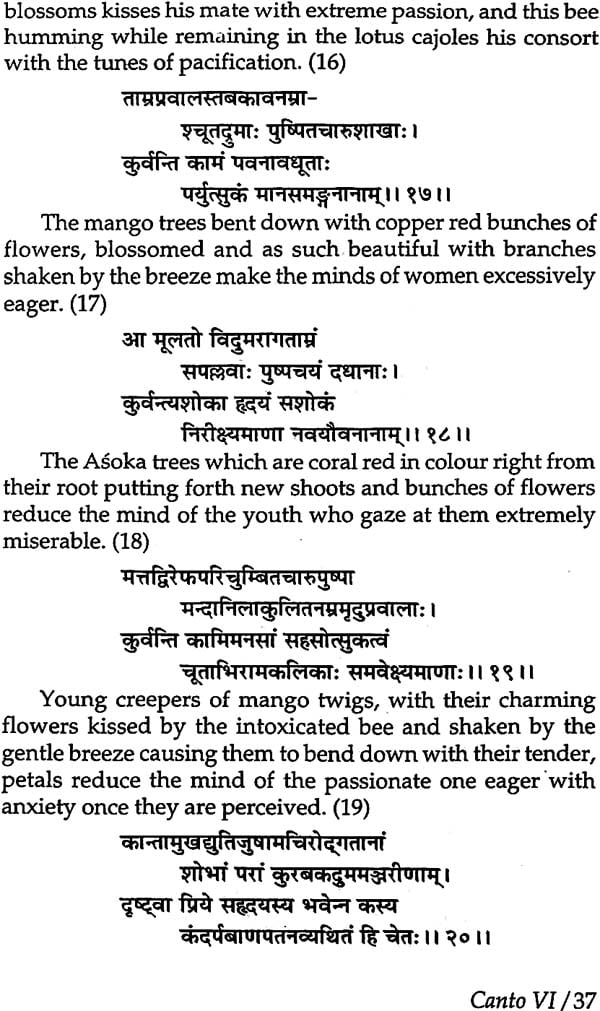 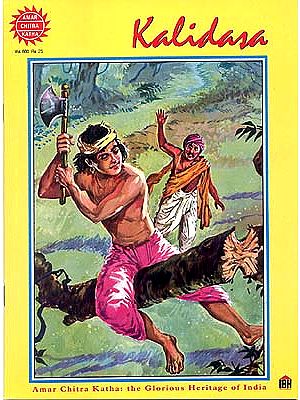 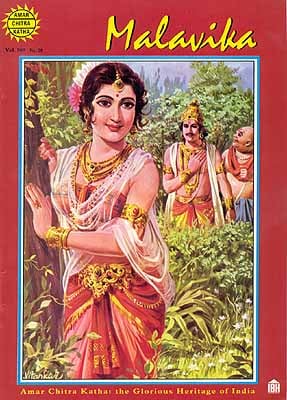