Fully insured
From the Jacket:
> Swami Lakshman Joo Raina, also called Lakshman Brahmacarin and Isvara Svarupa (1907-1991) was one of the greatest saints of 20th century India, who was at the same time an extraordinary scholar who relived and revived the almost forgotten tradition of Kashmir Saivism. His high spiritual state was matched by his profound knowledge of the Saiva scriptures and of the great thinkers and commentators of the tradition - Abhinavagupta, Ksemaraja and others. Swami Lakshman Joo lived a secluded life in his ashram in Kashmir Saivism to Pandits and scholars from different countries, besides giving spiritual guidance to a number of seekers and disciples.

On the occasion of his Birth Centenary, a volume in his memory is being brought out containing articles by scholar-disciples, devotees and relatives which throw light on the extraordinary life of this saint and on his contribution to reviving and continuing the tradition of Kashmir Saivism. Articles on his life by his close disciple Prabha Devi and his scholar-disciples Jaideva Singh and Jankinath Kaul 'Kamal', an exhaustive article on his place in the Kashmirian Saiva tradition by Professor Alexis Sanderson of Oxford, to mention only a few, provide an insight into his saintly personality and his great qualities as a teacher. Even scholars and seekers who have never met him and have been deeply influenced by his spiritual presence have contributed an account of their experience.

The volume is richly illustrated by historical photographs which provide a visual testimony of the life of Swami Lakshman Joo. A list of his published works is an important complement.

Dr Bettina Baumer, born in Austria, living and working in India (Varanasi) since 1967, is a scholar of Sanskrit, Indian philosophy and art with specialization in Silpasastra and temple architecture of Orissa and above all in Kashmir Saivism. She has been Director of a research institute on Indian art in Varanasi and coordinator of the Indira Gandhi National Centre for the Arts, Varanasi. Since 1995, she is regularly teaching as visiting Professor at the universities of Vienna, Berne and Salzburg. Her present position is Fellow, Indian Institute of Advanced Study, Shimla. She has authored five books in German and a number of books and scholarly articles in Sanskrit and English, including three volumes of Kalatattvakosa: A Lexicon of Fundamental Concepts of the Indian Arts edited by her. She became a disciple of Swami Lakshman Joo in 1986 and has been teaching Kashmir Saivism and its texts for a number of years.

Dr Sarla Kumar was a Lecturer and Reader in English Literature in various colleges of Delhi University. She has been a disciple of Swami Lakshman Joo for about 40 years, and since her retirement she is devoting all her time to the study and practice of Kashmir Saivism. She is also President of the Trika Interreligious Trust which engages in the teaching of Kashmir Saivism.

Preface:
Sixteen years have elapsed since we have been separated from the physical presence of His Holiness Swami Lakshman Joo, our revered Master. It has been a difficult period of our lives when we has to summon all our faculties of fortitude to come to terms with our loss. However, it was only because of the unseen hand of our Master that we realized that he was always with us. It is only due to his powerful grace that we have emerged untouched by the troubled circumstances.

On the occasion of Gurudeva's Birth Centenary which falls on 9th May 2007, we, his devotees and disciples, are bringing out a collection of essays in his memory, titled Samvidullasah, or "joyful manifestation of Divine Consciousness." It contains contributions by great scholars and spiritual people who have had direct experience of Gurudeva, but also by those who have not had the darsana of his physical form, but who have been touched by his grace.

My Guru sisters Bettina ji and Sarla ji have undertaken this difficult task to bring out this book, the fruit of their effort, to present to the readers Gurudeva's greatness. These two disciples have collected these articles on Gurudeva, and they have also illustrated them with beautiful photos which evoke his memory, and which have enhanced the importance of this volume. I am very happy and I express my gratitude and blessing on all the devotees of Gurudeva. The longstanding desire of the devotees to know about their Gurudeva will be fulfilled, and thus Gurudeva will bestow peace on the readers. One thing is certain, that Gurudeva's blessing is with all of us, whether directly or indirectly, and that he is guiding us from within. The readers of this volume can experience this themselves.
With blessings and asking for Guru's grace. 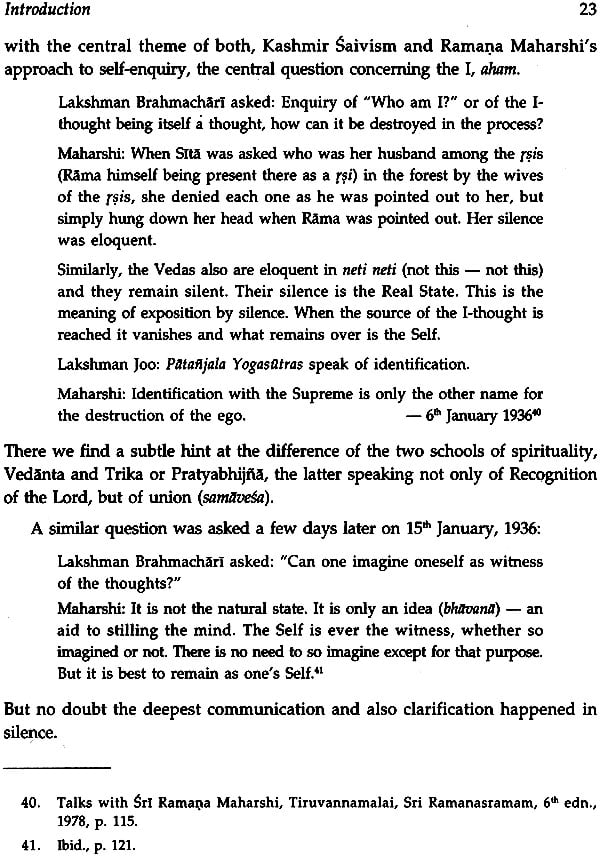 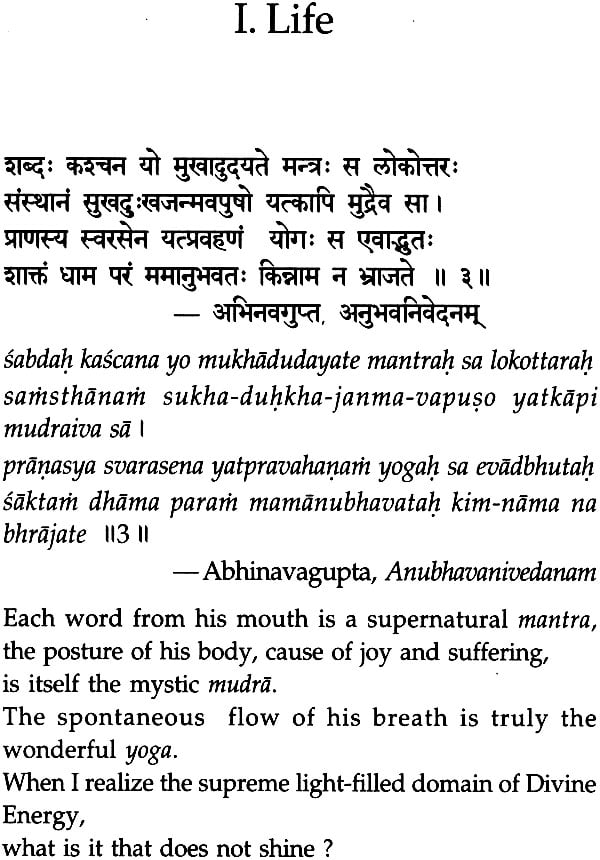 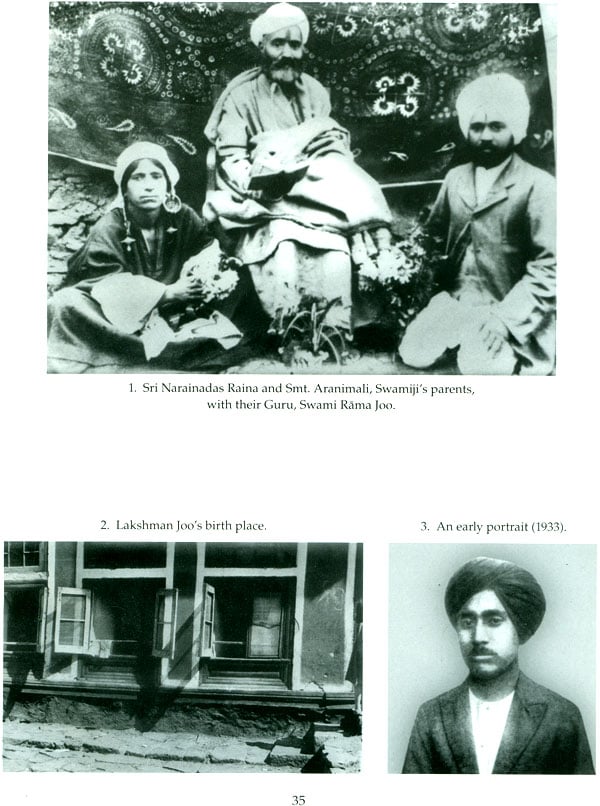 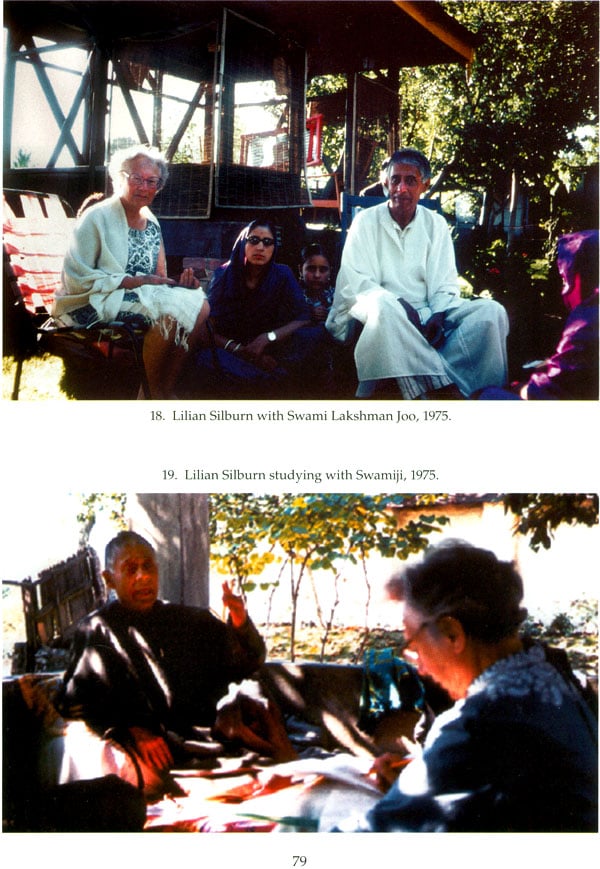 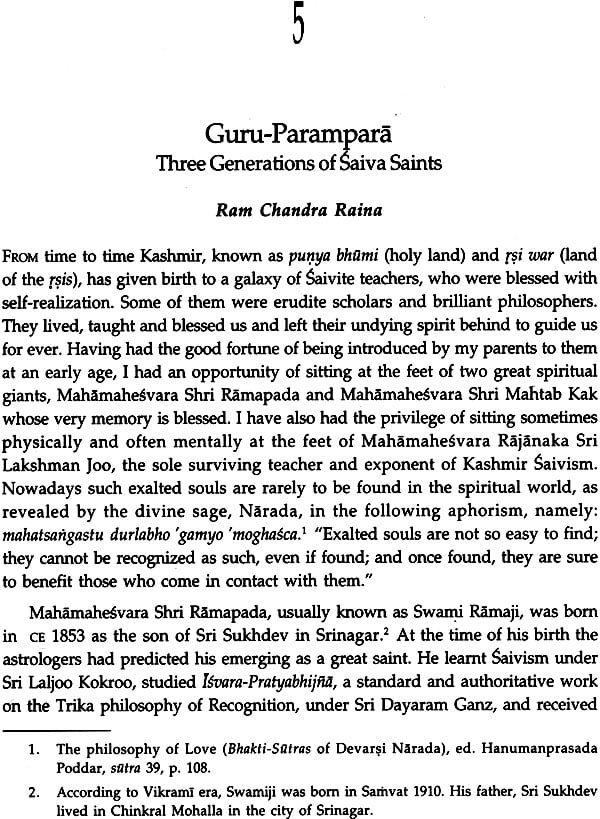 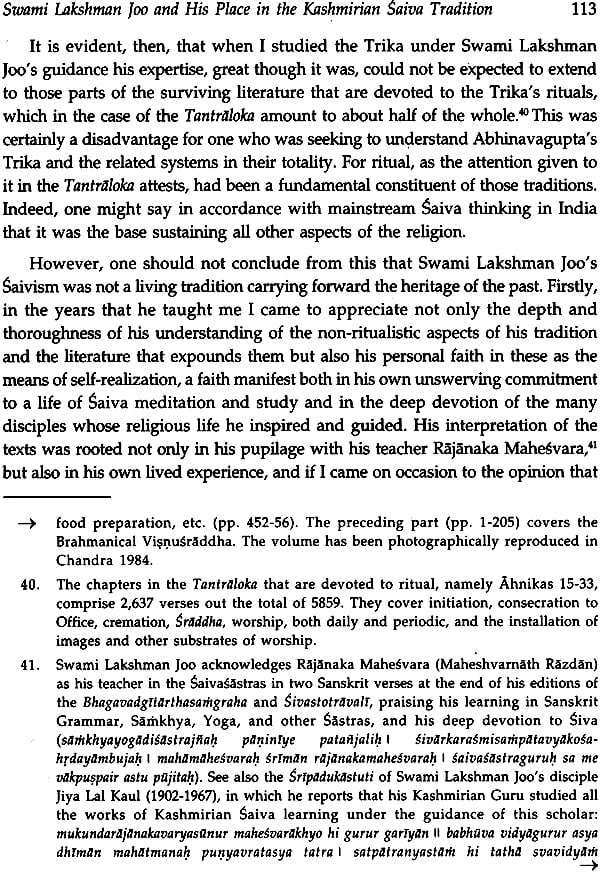 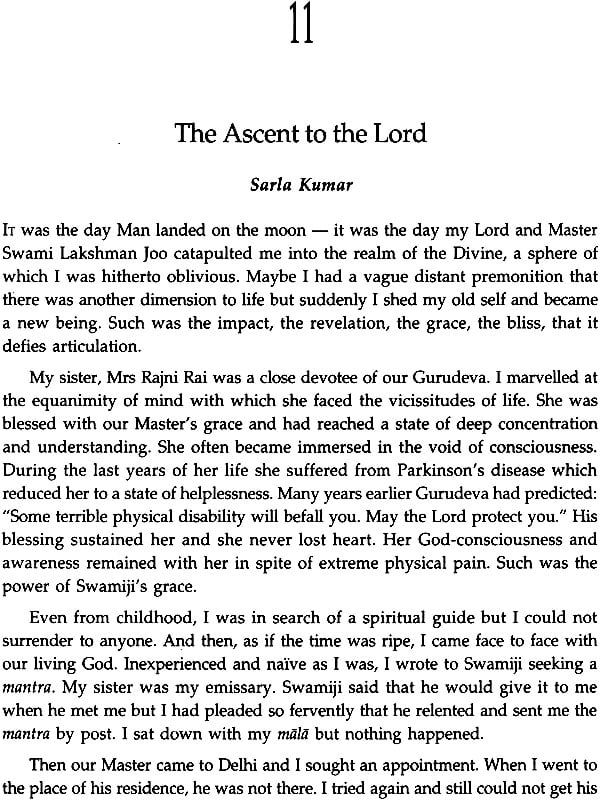 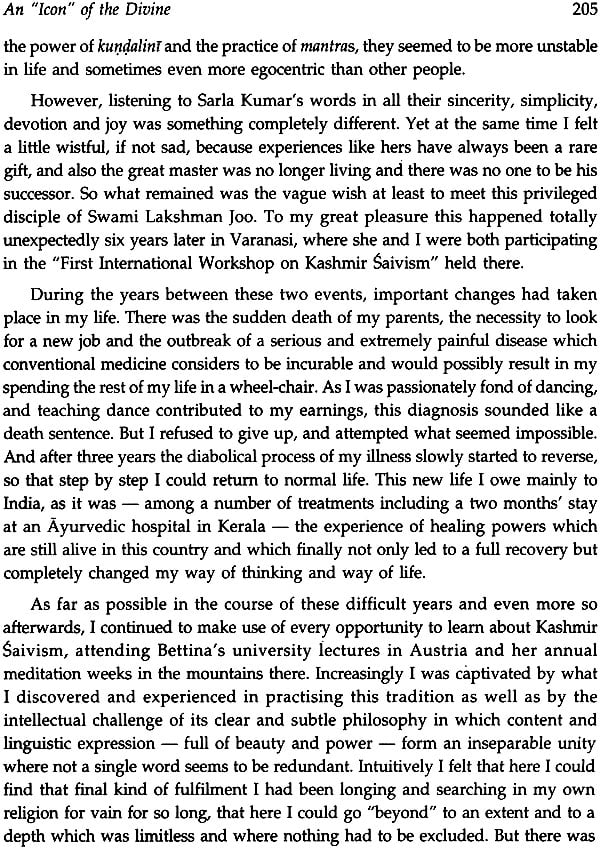 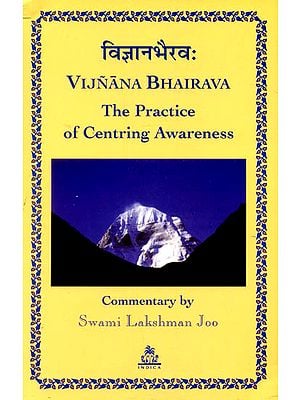 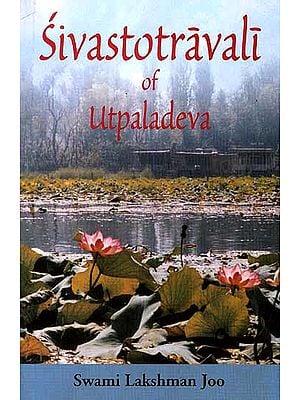 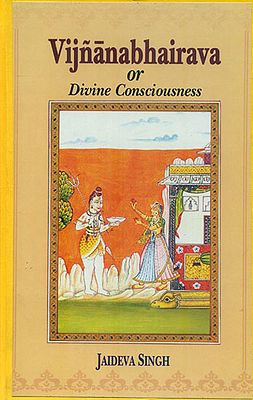 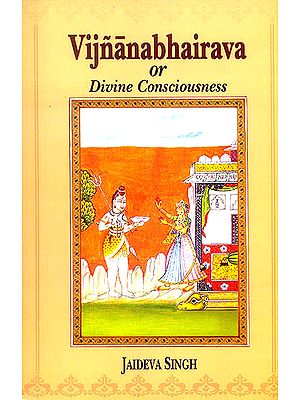 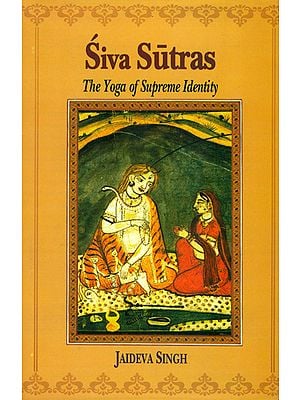 Siva (Shiva) Sutras The Yoga of Supreme Identity: Text of the Sutras and the Commentary Vimarsini of Ksemaraja
By Jaideva Singh
$39
FREE Delivery
Best Seller 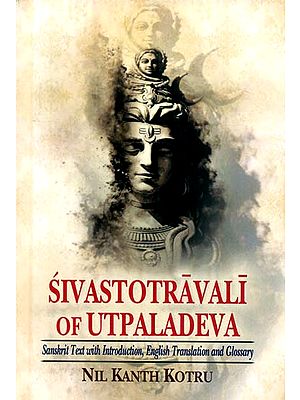 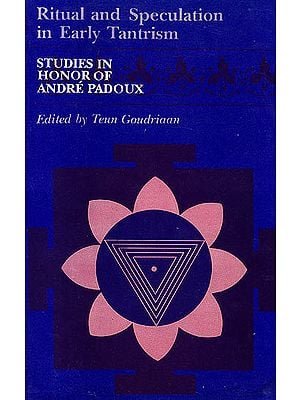 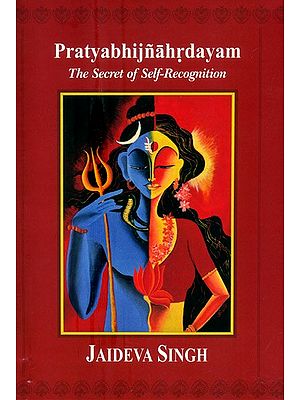