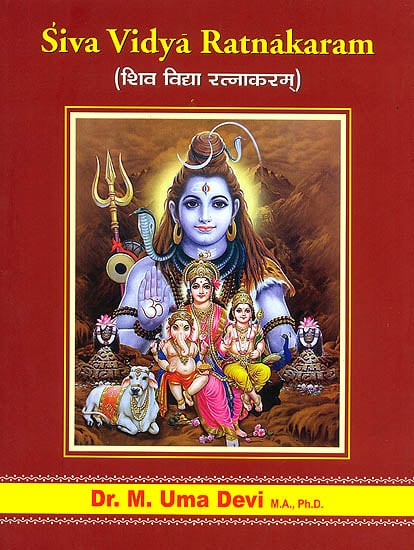 23 years in business
About The Author

Dr. Mudigonda Uma Siva Prasad was born Sangam-Srikakulam District (AP), Umadevi worked as a Lecturer in Sanskrit in St. Joseph Junior College, Hyderabad for Twenty years. She got her PhD Degree for her work "Palkuriki Somanatha's Contribution to Sanskrit Literature".

She delivered nearly 500 lectures on Lalita Sahasram in India and abroad for past 25 years. She is awarded senior research fellowship from Human Resource Development Ministry Govt. of India for this work.

This worship of Siva existed not only in India but troughout the world. We have so many authentic proofs that the worship of Linga flourished in Africa, Cambodia, South America, West Indies, China, Japan, Indonesia, Assyria, Arabia, Palestine, Mecca Madina and other parts of the world. The excavations at these places at Babylon and other places revealed Lingas.

In olden times Linga worship existed in many parts of Europe, Egypt etc. Linga was reffered as Hours (Haras), Orisis (Iswara), Sebek (Sivaka), Serophis (Sarvesa) and with other names. Many Lingas were taken out during the excavations at Scotland and Ireland.

The Meaning of Siva The Universal Lord is worshipped in the Linga form with many names, these later came in the form of Ashtotara and Sahasra Namas. The Siva Sahasra Namas are three in number.

1. The names as told by Daksha, These exist in the Santi Parva of Mahabharata.
2. The names told by Upamanyu and
3. The namas with which Lord Vishnu worshipped Lord Shiva found in the Siva Maha Purana. The absolute is one with no second one “ Ekam sat vpprah bahuda vadanti
Thus for the different forms of the absolute paramatma, various sahasra namas came into existence. Thus we have sahasra namas of Lalita, Vishnu, Venkateswara, Sri Rama, Sri Hanuman, Durga and Chandi, Sai Baba etc.

There is no difference between Siva and Kesava. Hcnce many namas pertaining to Lord Vs1nu are repeated in, .Siva Sabasravali. I have taken the namas told by Upamanyu and tried to explain their meanings according to my capacity.

What is the importance of Sahasram :- Sahasram denotes numerous petals in the sahasrara kamala. The thousand pillar temple at Warangal in Andhra Pradesh denotes countless pillars. This is the symbolic way of telling about anything which has countless features.

The meaning of Siva : - Siva means the most auspicious one. According to Veda Vyasa, the Lord who wishes for the welfare of the living beings in all actions is Lard Siva, also one who increases all the meanings.

According to Siva Purana He is the purest one, who existed even before the creation of the Universe.

Chandrajnana Agama: This gives detailed information about Siva. According to this agama Siva is the Lord of this Universe from Brahma to the Sthavara Prakriti. He is the controller of panca mahabhootas and ashta dikpalakas.

The Greatness of bilwa and the phala of bilwarcana Siva Purana:- This voluminous work written by Veda Vyasa gives a complete knowledge about Lord Siva to the common man while Upnaishats are meant for scholars, Agamas deal mainly with ritual practices,puranas explains the greatness of the Lord in a simple manner and are meant for common man with limited knowledge. There are a number of stories explaining the great qualities, tattva etc.

Spread of Saivism in other Countries:- We have many proofs regarding the worship of Siva in other countries. Worship of Linga Greatly existed in Africa, Combodia, South America West Indies, Indonesia, Vietnam, China, and Japan. Further Linga Worship flourished in olden days in many parts of Asia before Islam came into existence. These places were Assyria, Arabia, Palestine, Mecca and Madina. Many lingas were taken out during the excavation at Babylonia, Egypt and certain as Horus (orisis (Iswara), Sebek (Sivaka), Serophus (Sarvesa) etc.

Mahakailasa:- This is the divine abode of Lord Siva situated in Tibet. Previously this place was a part of Bharat (Tibet was known as trivishtapa in olden days) Here Mount Kailas is situated near the divine lake Manasa Sarovar.

Mount Kailas appears like a Siva Linga with three eyes and Bhasma Rekhas on one side. The waters from kailash fall in Gourikhund. Its height is 22,028 feet from sea leve. It is of black (orblue) marble and is covered with ice. One has to walk 53 kilometers to perform parikrama to this divine mountain. It takes three days for the devotee to complete this parikrama. One can go around the peaks which surround the central Kailas which is situated in the central part beyond the reach of pilgrims. There are eight different routes to reach this divine place. One route is via Nepal. The second one from Kashmir via Ladakh. Another route is via Gangotri. All these routes are very difficult to travel as the paths are covered with ice. Breathing is very difficult in those regions of high altitudes. But now with the co-operation of Chinese government one can travel via Nepal to Kailas and Mansarovar in vehicles. But it is very expensive costing one lakh rupees. As this journey is more comfortable and takes three weeks to complete pilgrims prefer this route.

Some of thse namas can be classified into different categories. They indicate Lord Siva's tattva (omnipotent qualities). Namas Sthira, Sthanu, Prabhu, indicate His Nature of sthiratva greatest in the whole cr eation and the rest of the whole universe should be under His control. The following fnamas indicate this fact.

The namas Mantravit, Paramomantrah, indicate the mantra swarupa of the Lord. He is sped personified. Hence He is vasuvegah, Manovegah. As he holds different pbjects and weapons like Kapala, Trident, deer etc. He is famous as Kapali, Mrigadharah, Sooli, Khadgi, lPattasi, Sataghni, Sruvahastah, Gadadharee. The dance performed by Lord Siva is Tandava Nrutya, which can be of Ananda Tandava, Pralaya Tandava, Sandhya Tandava, or Rudra Tandava. Hence He is Nrutya Priyah, Nityanartakah, Nartakah or Nataraja.

Why I Wrote this Book:- Earlier I wrote on Sakti. I felt my tapas would not be complete if I do not write on Lor siva. Siva and Sakti are the two faces of the supreme power. One is incomplete without the other. Hence I thought I should write the commentary on Siva Sahasranamas and also all the topics concerned with Lord Siva. Some divine force is leading my hand in this project. So many books were given by frien for reference otherwise it is not possible for an ordinary house wife--Uma Devi ---to complete this work.

It is the blessings of my parants (late sri B.V.S. Row and Smt. Anasuyamma) my teachers (prof Lalye and Prof Mrs. Kamala and prof. B.r. Shastri Guru) my deeksha gurus (peethadhipatis of courtallam Peetham, blessings of Sri Bhartaacaryulu garu and Sri Sivananda Murthy Garu, Peethadhipati of Siva Peetham) Who blessed that I would definitely complete this work. Theco-operation of my friends who gave me the sakti (energy) and knowledge to complete this work, otherwise it is impossible for any ordinary person to take up this Himalayan task.

Why I named this book as Siva Vidya Ratnakarmam:- I am very sentimental about the word Rtna (Smt. Ratnabalagaru)Who always gives me encouragement in the work I undertake, be it giving lectures on Lalit Sahasram or writing any book. I start the discuss with her and with her 'protsaha' (encouragement) I start the work. I named my work a commentary on Lalita Sashasra Nama as Sri Vidya Ratna Lalityam (as it deals mainly with sri Vidya) similarly I added the word Ratna to this book and named it as "Siva Vidya Ratnakarm"

The word Ratnakaram means ocean or sagara. This word indicates depth, gambherya etc. According to the famous sloka of Bhartruharithe great qualities, the depth, calmness, countless qualities like the wavesare well described. Similarly are the qualities of Lord Siva. He is Karuna Sagara while raining the rain of compassion, He is pralaya sagara while punishing the wicked sinners. He is jnana sagara being aadi guru the waves of knowledge being countless. He is Aadi Madhyanta rathita (like the Ratnakara without any beginning or end). The Universal Lord's Tattva is so deep (gambhirya) like the depth of samudra. This is Siva Vidya as it it gives a good knowledge about the Universal Lord. I may be justified in giving this name to this work. 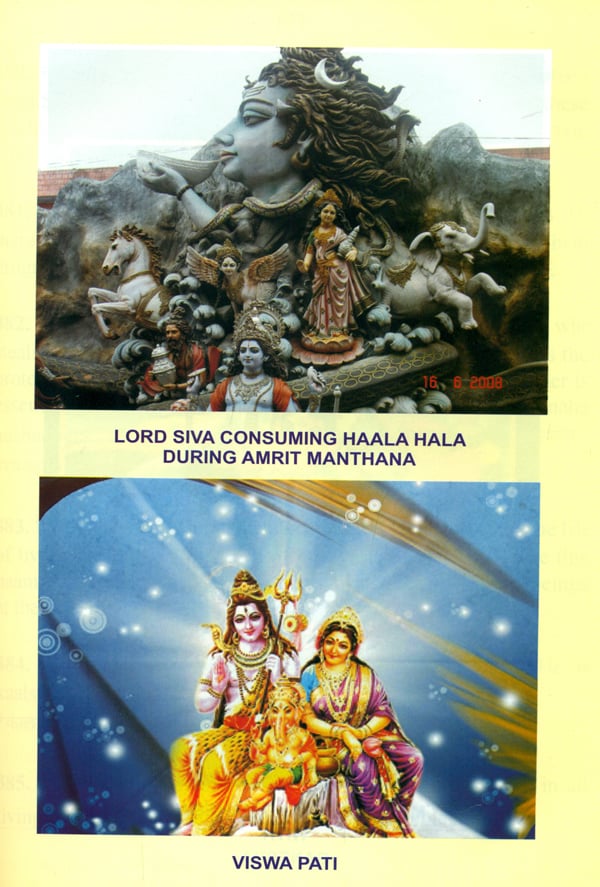 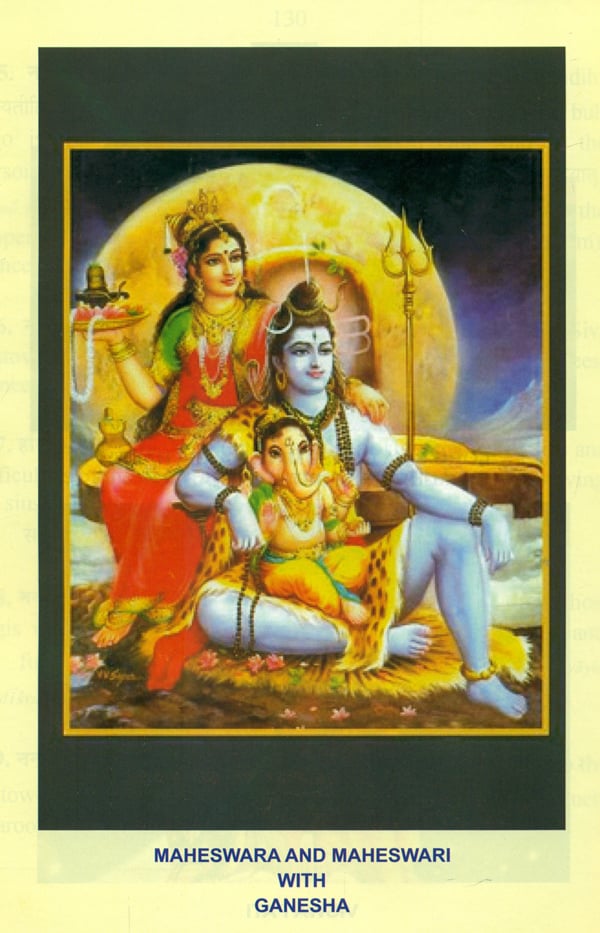 Siva (Shiva) Mahimnah Stotram The Hymn on the Greatness of Siva
By Swami Pavitrananda
$6.75
Best Seller
$9  (25% off)

Sanskrit Texts by Lord Shiva: The Siva Sanghita, The Satha Chakra and The Brahma Sanghita
By Swami Satyeswaranada
$30.75
FREE Delivery
Best Seller
$41  (25% off)

The Vision of Siva (Shiva) in Periyapuranam (An Old and Rare Book)
By Ratna Ma Navaratnam
$21.75
FREE Delivery
Best Seller
$29  (25% off)
Add a review
Have A Question