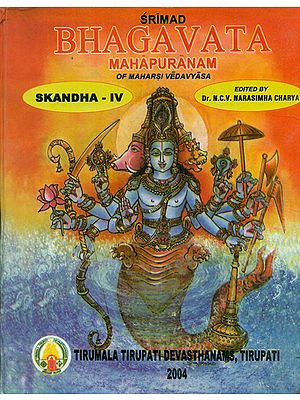 FREE Delivery
$50
Quantity
Ships in 1-3 days
Notify me when this item is available
Foreword
Vedas are the source of Sanatana Dharma. Puranas explain the meaning of the Vedas by way of narration of interesting stories. Amongst these Puranas, Vyasa's Bhagavatam is considered to be the best. It is the ripened fruit fallen from the Kalpavruksha of the Vedas.

In this Kali Yuga, devotion towards God, is said to be the easiest way of crossing the ocean of Samsara. In the books extolling 'Bhakti Tattva' there is no treatise which equals this Bhagavata?

The King Parikshit of Pandava race, was severely cursed by Srungi, due to a heinous crime committed by him to the latter's father. The king came to know that he would sure meet his death at the end of a week. At that critical juncture he was expecting a Guru who would show him a way out. At the moment, Sage Suka, the son of Vyasa, happened to come to him, by the grace of God. The Sage preached the king, the Bhagavata Purana, for a week. That is the reason why, Bhagavata Pravachanams are arranged generally for a week.

The Bhagavata Project was established by T.T.D. with the intention of bringing out a critical edition of Bhagavata. Eminent scholars have since completed the onerous task of editing the book with three famous commentaries.

The process of printing the sacred work is under progress. So far, the first Skandha and three volumes of the tenth Skandha have been published. The present volume is the fourth Skandha. The well-known scholar, and recipient of President's award, late Dr. N.C.V. Narasimhacharya, has edited this volume. Our grateful thanks are due to him.

We are putting forth our sincere efforts to publish the remaining volumes soon. It is hoped that the readers would receive this volume with due devotion and respect.

Introduction
To the Vaishnavites, the most favorite treatise is the Srimadbhagavatam, the best of all the Puranas. It perfectly reveals the action less state imbued with knowledge, detachment and devotion. "One who hears or reads this holy Purana, with devotion and discrimination, is sure to attain Liberation", says Bhagavata.

While Bhagavad-Gita is a theoretical treatise, the Bhagavata is a treatise full of practical illustrations, according to the experts in spiritual field. What is enunciated in the Gita by way of theory is amply illustrated by interesting stories in Bhagavata. For example, Lord Krishna says in the Gita that there are four kinds of devotees worshipping Him, namely Aarta, Jijnaasu, Arthaarthi and Jnaani.

The nature of all these devotees is clearly explained in Bhagavata through beautiful stories. Aarta Bhakta is Gajendra, Jijnaasu Bhakta is Uddhava, Arthaarthi Bhakta is Ohruva, while Jnaani Bhakta is Suka. The stories of Gajendra etc. are very famous in Bhagavata.

Bhagavata, in its Twelfth Canto, explains its own greatness as follows: "The other Puranas shine amongst the virtuous, so long as this Purana is not known. Srimadbhagavatam is the essence of the entire Vedanta. One who is satisfied by this ambrosia of Bhagavata will not relish any other Purana. This Purana is considered as the foremost of all the other Puranas, just as the Ganga amongst the rivers, Vishnu amongst Gods and Siva amidst the devotees of Lord Vishnu."

The readers are aware that the TTO is publishing various religious books in numerous languages... In order to bring out the critical edition of Srimadbhagavatam Purana, with well-known commentaries, the Bhagavata Project was established by the TTD.

Eminent scholars edited this holy book after perusing a large number of editions with three famous commentaries of Sridhar, Veera raghava and Vijayadhwaja. All the information related to this critical edition, has already been given in the introduction of the first Skandha itself.

The first Skandha and the three volumes of the tenth Skandha have already been published by the TTO. The present volume is the fourth Skandha. The publication of the remaining volumes is under progress. In this Skandha, the destruction of Oaksha Yajna, the story of Ohruva, the account of Vena, the story of Pruthu and the Puranjanopakhyana and other subjects are vividly described.

Oaksha Prajapati while performing Yajna despises Lord Siva and gets annihilated. Ohruva, on the other hand, though a child, inspired by Narada, performs penance soliciting the grace of Lord Vasudeva and becomes the Pole-star.

Vena, due to his unrighteous conduct, gets destroyed, while Pruthu with his righteous conduct becomes a glorious king. Similarly, the story of Puranjana is pregnant with philosophical thought. These stories attract the hearts of readers and fill them with piety.

This Skandha was edited by well-known Sanskrit scholar, recipient of President's award, and our Guru, Sriman Dr. N.C.V. Narasimhacharya Swami. He reached the Lotus feet of the Lord, even before the publication of this book.'

The scholars who assisted in preparing this edition are: 1. Sriman K.C. Jayachandra Sastri, 2. Sriman U. Venkatramaiah and 3. Sriman Varada Rajan, who deserve the gratitude of the readers. The research assistants, namely, Sriman S.B.S. Bhattachaarya and Smt. S. Puranavali also deserve our commendation. Sri 1. Venkateswara Rao and Dr. S. Dasaratha and others who helped immensely in proof reading of the work also deserve our gratitude.

Sri Ajeya Kallam, lAS, the revered Executive Officer of the TTD and Dr.V.R.Panchamukhi,the well-known Sanskrit scholar; the revered Chancellor of Rashtriya Sanskrit Vidya Peeta, Tirupati and Hon. Member of the TTD Board and Dr. Medasani Mohan, the Director of Annamacharya Project and other members of the advisory committee of the Bhagavatam project are offered our deep gratitude for their keen interest and co-operation in bringing out this edition. 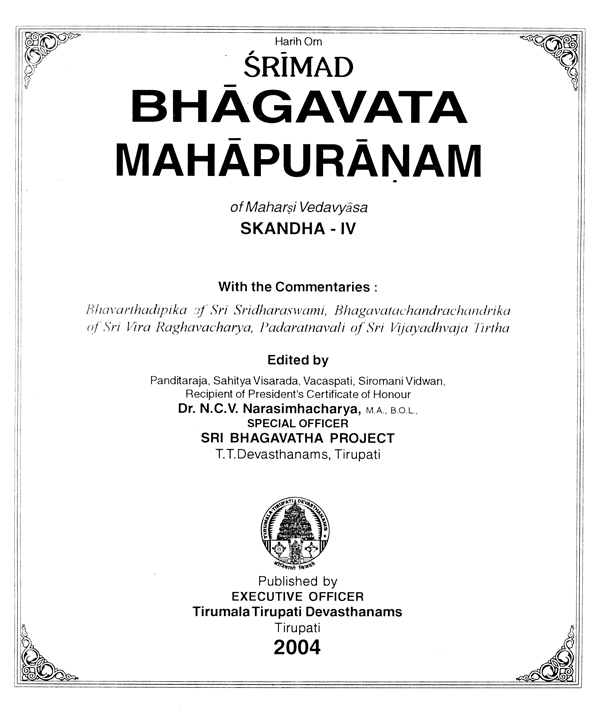 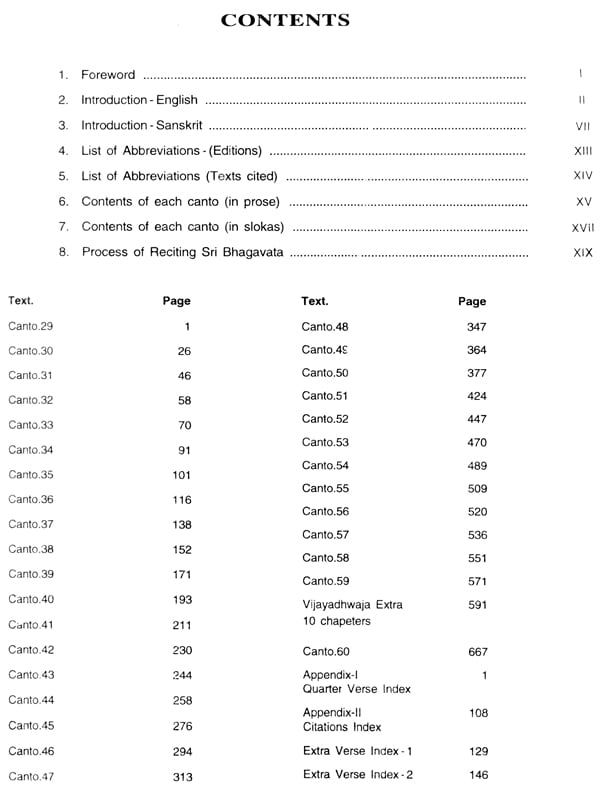 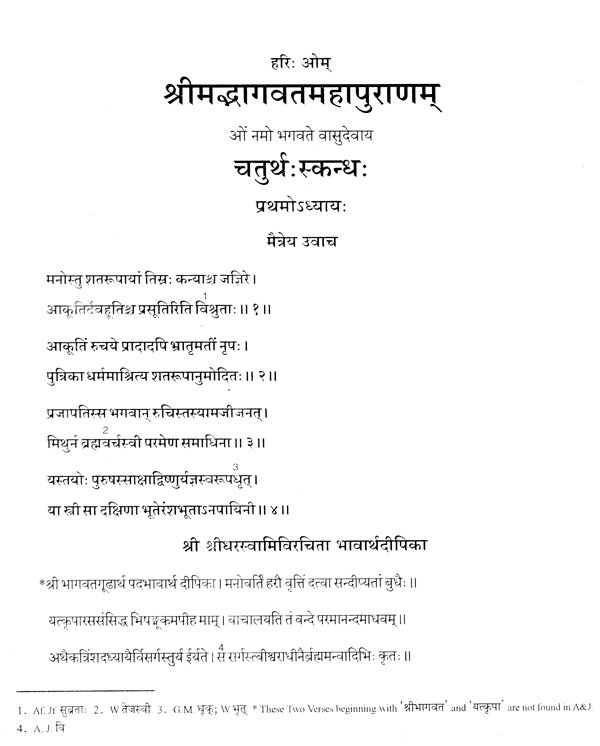 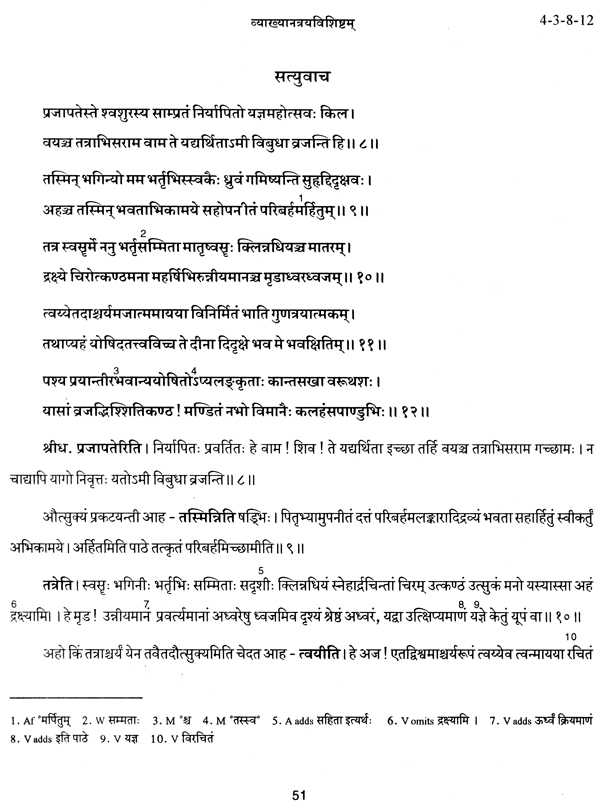 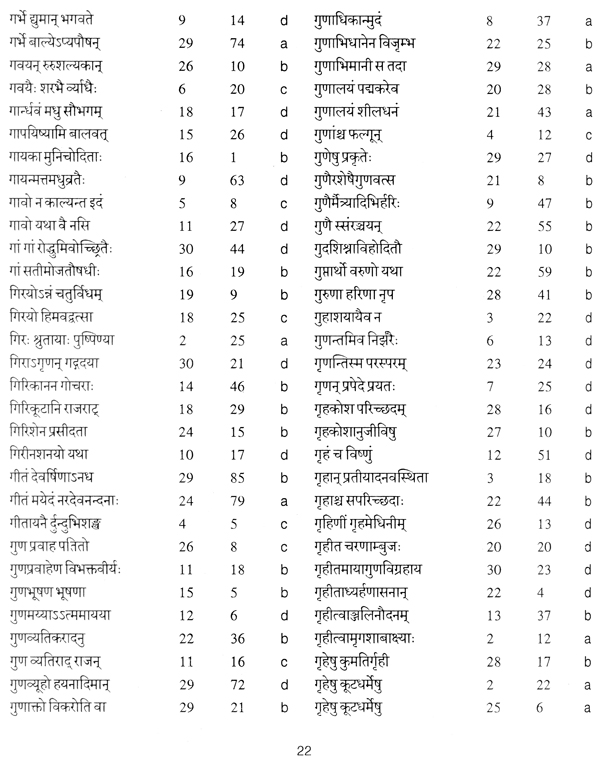 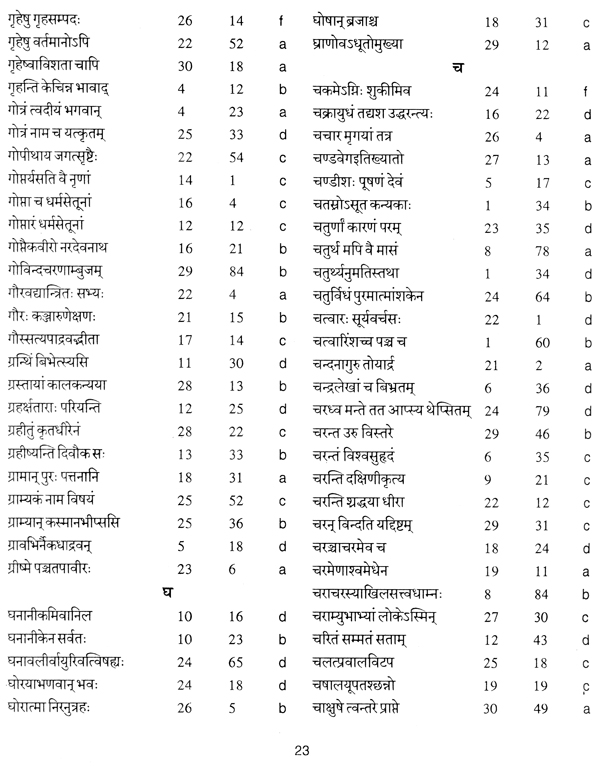 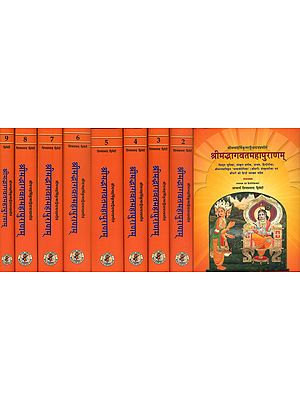 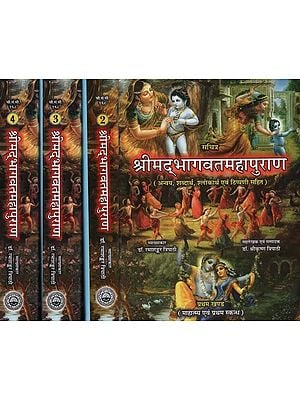 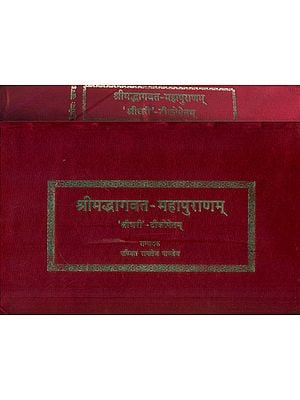 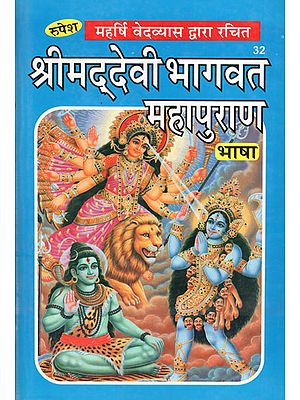 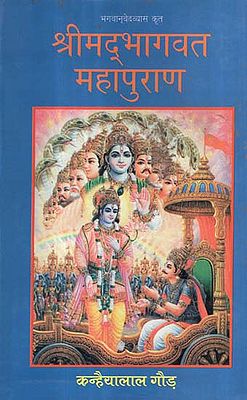 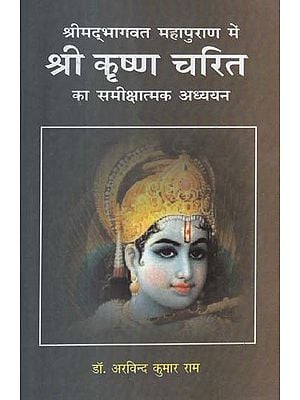 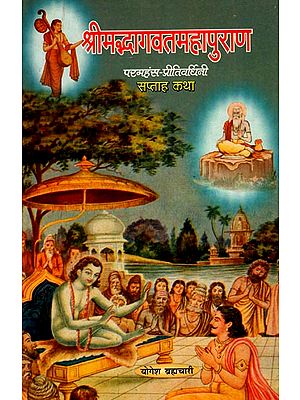 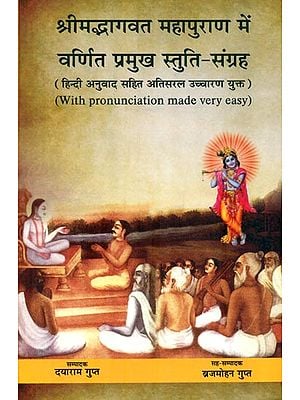 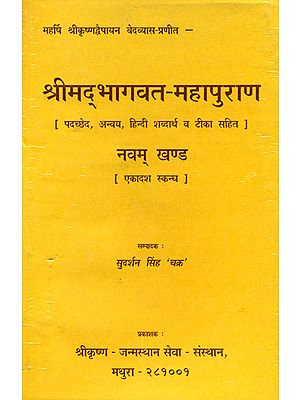 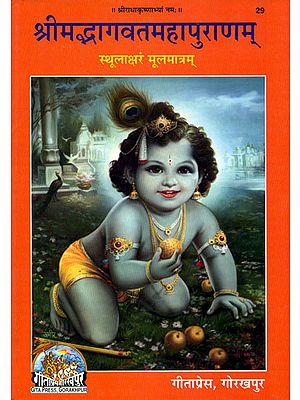