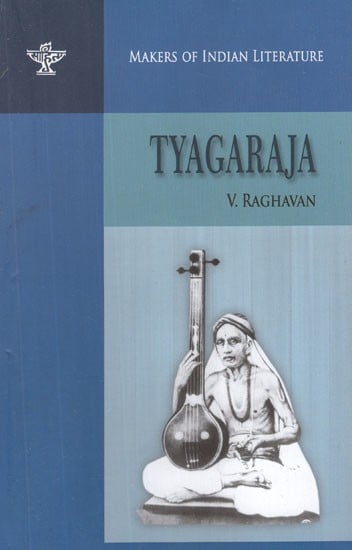 Tyagaraja (1767-1847), the foremost composer of Karnataka music, sublime singer and Rama-bhakta, is hailed as Sadguru. The extant Tyagaraja canon consists of about six hundred Kirtanas and two musical plays. Graphic descriptions, poetic fancies, apt similes, illustrations and analogies, humour and satire, wordly sayings and wise observations make the corpus of Tyagaraja's songs a veritable gold mine. His songs are widely known and learnt, and Karnataka music recitals are dominated by his creations. All the earlier creative efforts led to Tyagaraja and all that was created after Tyagaraja in the immediately following period or in the present century, is after his model. In this respect, Tyagaraja's stature in Telugu is comparable to Kalidasa's in Sanskrit.

Teacher, scholar, critic and musicologist, V. Raghavan (1908-79) was a recipient of many honours including the Padmabhushan and the Fellowship of the Sangeet Natak Akademi and the Sahitya Akademi. Author of over 900 research papers and 110 books, Dr. Raghavan's interests, in the words of Dr. S. Radhakrishnan, "are not confined merely to Sanskrit literature and criticism. They are as wide as Indian culture itself." Dr. Raghavan has condensed an immense mass of compact but enlightening memoir in what has turned out to be his swansong.

K.R. Srinivasa Iyengar, teacher, scholar, critic and poet, and former Vice-President of the Sahitya Akademi, has contributed a Foreword, commending this book "for its hard unity of form and content, and for its vivid evocation of Tyagaraja as composer and singer and bhakta and Sadguru who tuned the Telugu language into divine poesy."