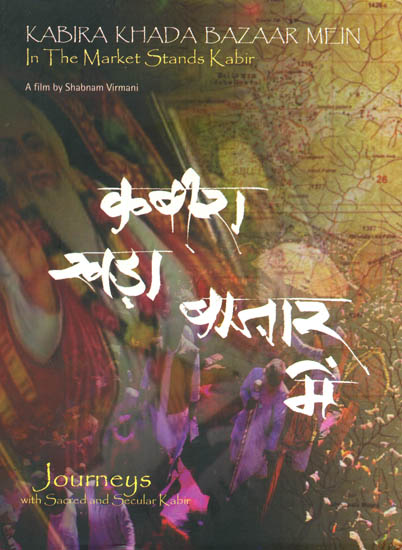 This film is part of a wider project on Kabir which brings together the experience of a series of journeys in quest of this 15th century mystic poet in our contemporary worlds. It consists of 4 documentary films. 2 folk music videos and 10 music CDs accompanied by books of the poetry in translation.

In 15th century north India, the mystic weaver Kabir spoke his poems in the market place, his spirituality firmly grounded in the public square. 600 years after his time, Kabir is found in both spaces – sacred and secular. This film interweaves his deification by the Kabir Panth sect with his secular appropriate by the social activist group Eklavya. The story unfolds through the life of Prahlad Tipanya, a Dalit singer whose participation in both domains, begins to raise difficult questions for him about ritual and organized religion.