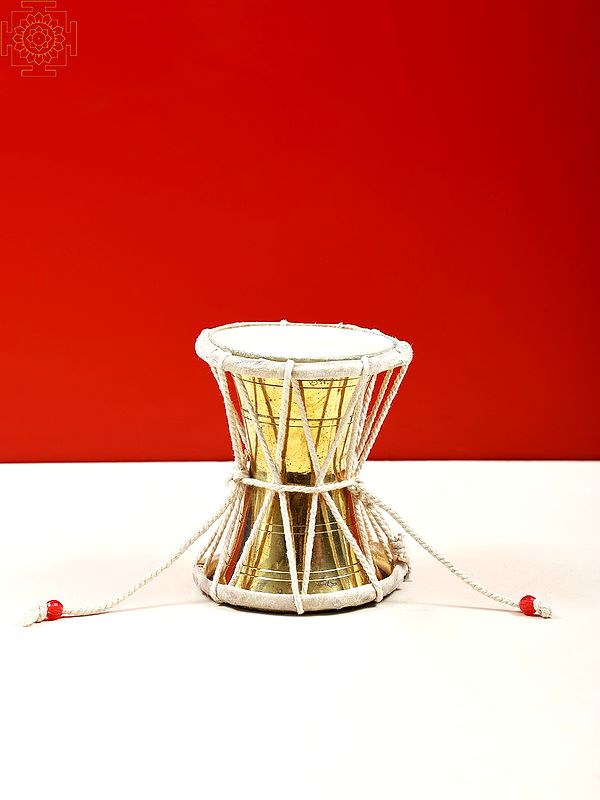 In visual depictions, we see damru in lord Shiva’s hands. The beating of the damru emits the music on which Shiva performs his Tandava. Damru is also shown in Ganesh images, and sometimes in the hands of goddess Durga. It signifies an unbroken tune, which guides all life forms in their daily duties. It represents the sound of Om- the beginning and end of all life forms.

Here is a compact damru, shaped like an inverted triangle placed on a straight one, a form that symbolizes the union of the male and female energies, the powers of Shiva and Shakti. As per Vaastu and astrology, since damru is Shiva’s loved instrument, keeping it in your home is considered highly auspicious. Bringing a damru in your residence in the month of Savan or on any Monday will destroy all the negative vibrations from your life and fill your home with the positive energies of Shiva and Devi.