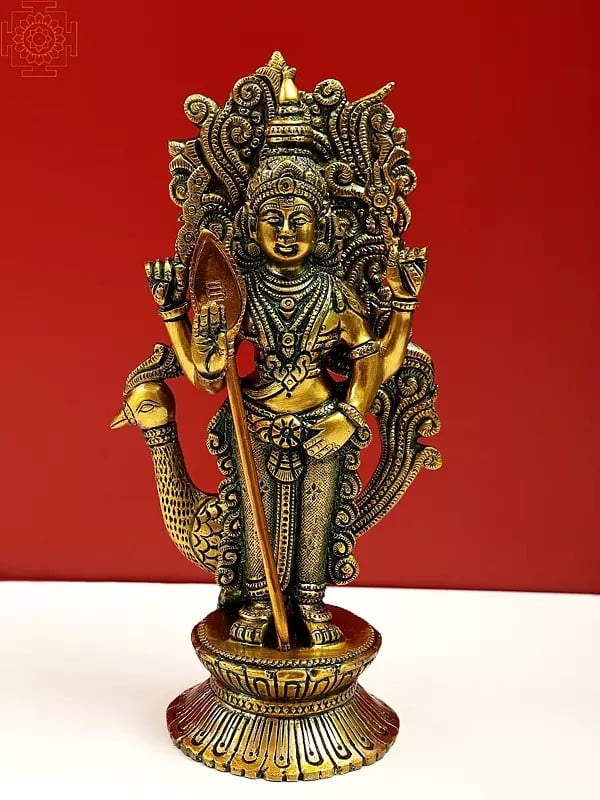 Best Seller
FREE Delivery
$155
Karttikeya, also known as Murugan, Skanda, Kumara,and Subrahmanya, is the Hindu god of war. He is the son of Parvati and Shiva, brother of Ganesha, and a god whose life story has many versions in Hinduism. He is a philosopher-warrior, who destroyed evil in the form of demon Taraka while teaching the pursuit of ethical life and the theology of Shaiva Siddhanta. After many exploits which proved his supremacy over the Gods, Kartikeya was made the general of the army of the gods and was married to Devasena by Indra.

The amazing brass sculpture exudes a boyish charm as it carves itself beautifully to represent the God of war, as he holds an artistic spear in his hands with a gorgeously shining peacock that stands with the illuminating and aesthetic floral backdrop complimenting the blessing-God, who is adorned in splendid jewels portraying a sense of magnificence and grandeur.

Lord Kartikeya was said to be one of the most beautiful-looking and handsome gods. He is often described as good-looking yet keeps on a serious face, quite unlike his happy-go-lucky chubby brother Ganesha. Kartikeya is also known as Shanmukha or the God with six faces. He is also regarded as the Guru of Shiva and the vehicle he rides is a peacock called Paravani. He is a God from the Vedic times, therefore, powers up the Hindus to Believe in their older faith. 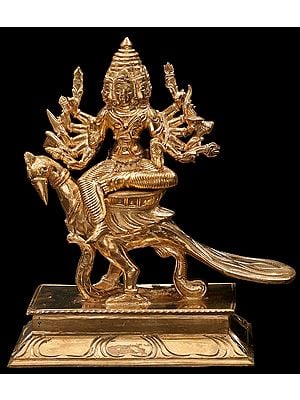 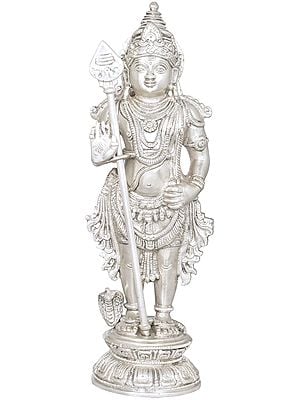 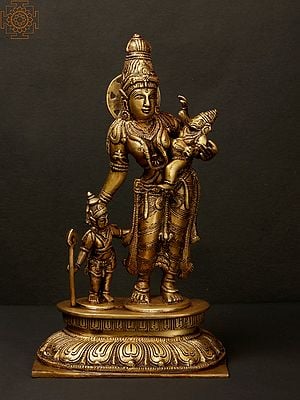 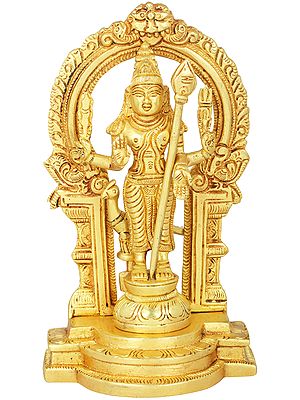 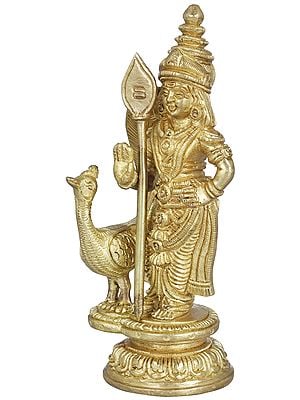 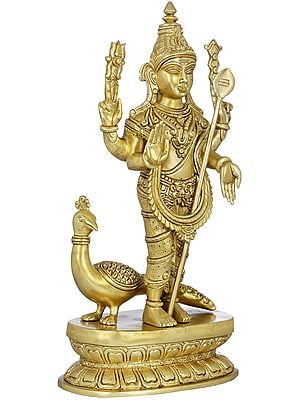 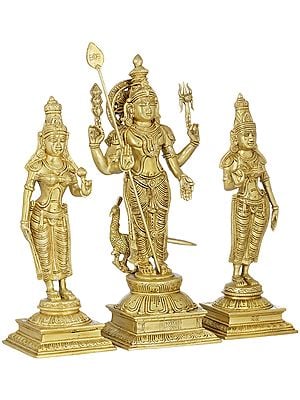 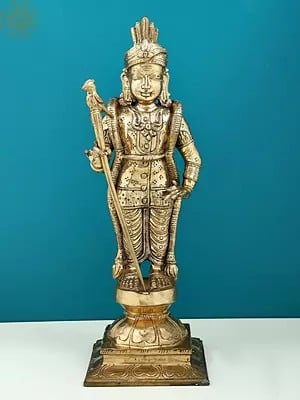 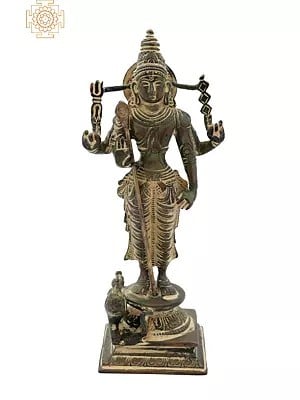 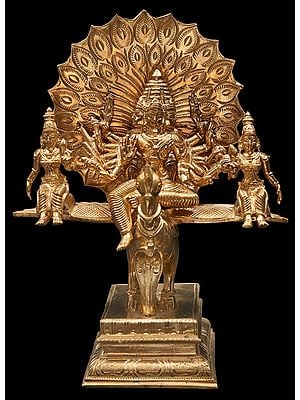 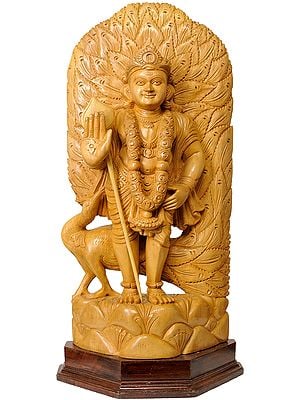 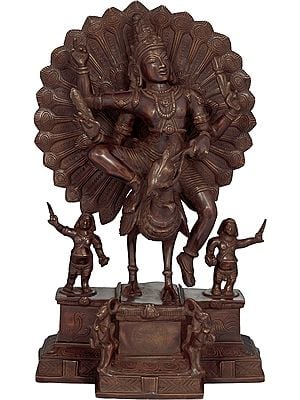 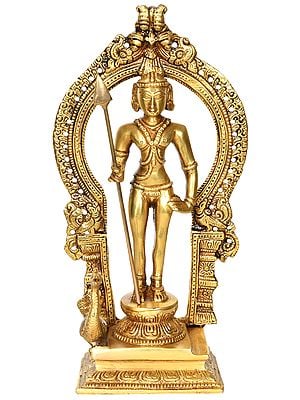