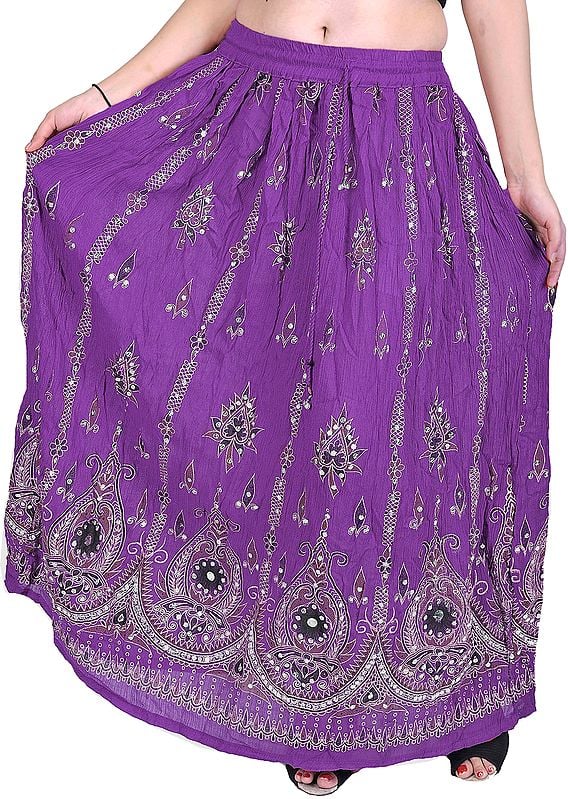 Not lehenga-like voluminous and heavy and hence a lehenga-like cumbersome, but light in weight and volume and abounding in the same kind of ethnicity and traditional look, and as much gorgeous as a lehenga, this skirt in lehenga style - a sewn one with a proper belt and draw-strings, is fast catching fancy of young users world over especially those looking for ethnic styles of ancient world. The tourist spots in India teeming with young European visitors in such resplendent wears apart, the streets in European countries also witness now and then a young person loitering around in a similar wear. Indian immigrants look to a lehenga and as much to a skirt in the style of lehenga with great passion. They perceive in it the flavour of India’s culture and soil.

Otherwise also a wear lighter to lehenga this skirt stitched from a light-weight soft fabric like rayon is best suited even to a most delicate figure. The piece is unique in balancing between ethnicity and delicacy. It has substituted with fine printing the traditional embroidery that always imparts to a textile an ethnic look. The printing, and even the selection of printed motifs, has been so skilfully rendered using metallic colours substituting gold and silver threads that unless examined minutely one shall take the print for zardozi – embroidery with gold and silver wires.

For further strengthening this zardozi look the designer has retained its one feature. He has used along printing some hexagonal large size silver stars and a few mirrors here and there giving to the printed motifs the complete embroidery look. Further, printed design-motifs : lamp-flame motifs of various sizes, chains consisting of rows of such tiny lamp-flames, roundels of different dimensions, zigzag linear patterns, leaves and flowers …, attribute to the entire composition a rare ethnic look. Besides so relieving the heaviness of embroidery the designer has used for fabricating this piece the most delicate class of rayon, a fabric invented initially to replace silk though later its tough varieties were also invented but still it continued to be the world’s one of the most delicate and lustrous fabrics, and its one such variety has been used in fabricating this piece. 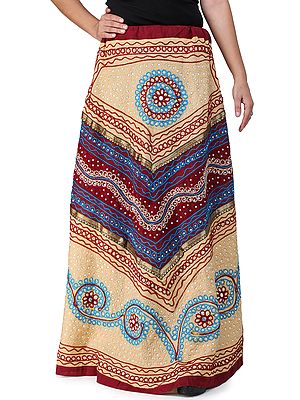 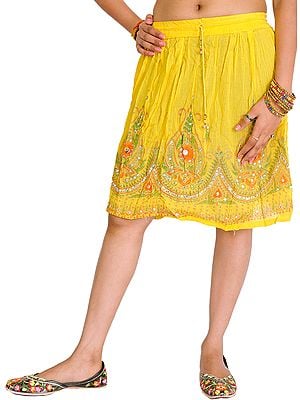 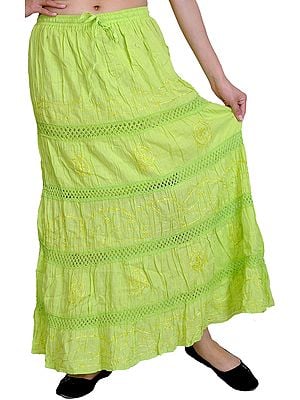 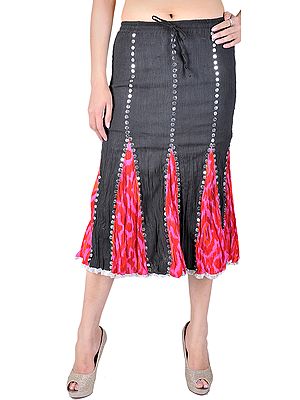 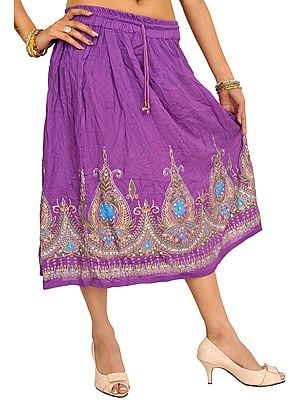 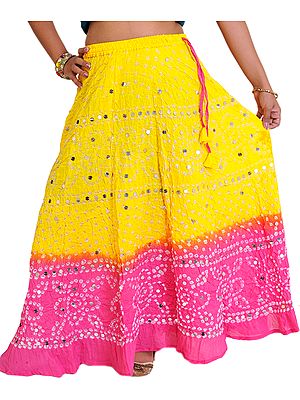 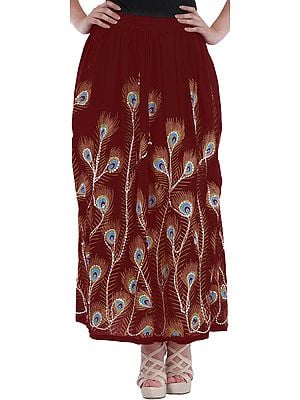 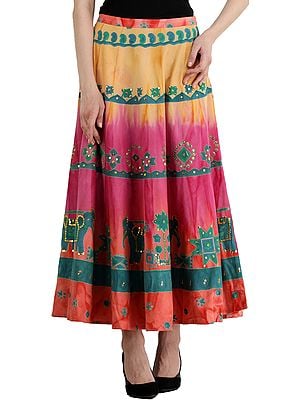 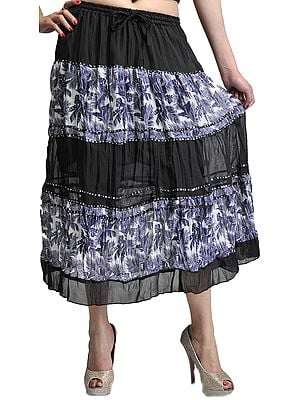 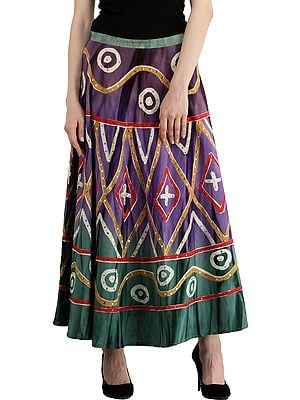 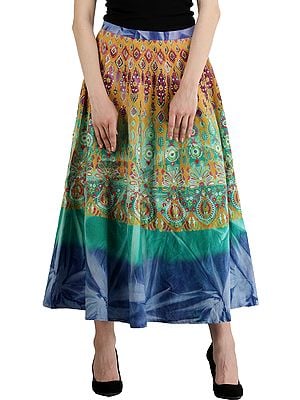 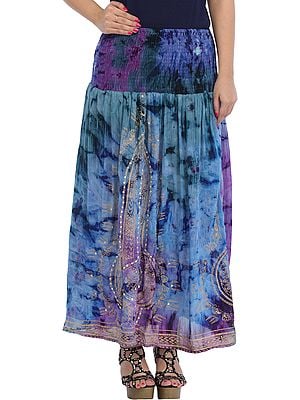 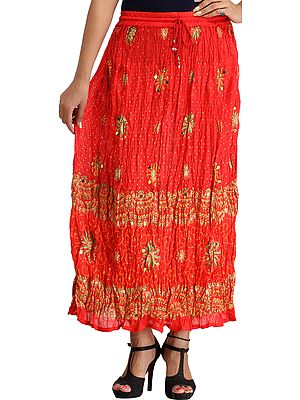 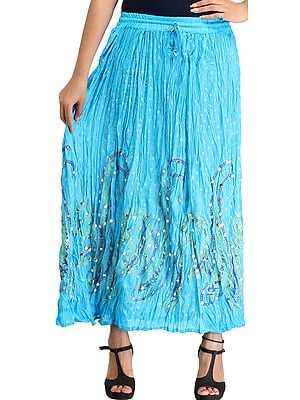