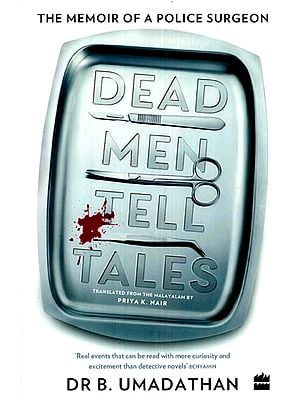 Dead Men Tell Tales- The Memoir of a Police Surgeon

Dr B. Umadathan (1946-2019), former director of medical education in Kerala, served as the state police department's medico-legal adviser, and as police surgeon. As professor, he held the distinction of heading the Department of Forensic Medicine at the government medical colleges of Thiruvananthapuram, Alappuzha, Kottayam and Thrissur, later serving as principal of Thiruvananthapuram Medical College.

A renowned medico-legal expert, he was director of the medico-legal institute, Kerala, and also worked as a medico-legal consultant in Libya. Dr Umadathan later served as professor and head of the Department of Forensic Medicine at the Amrita Institute of Medical Sciences (AIMS), Kochi, and was also chief of the board of experts on organ transplant. He passed away on 3 July 2019.

It has been forty years since I started my romance with forensic medicine. Though I have retired, my romance still continues with intense passion. I chose to travel on a path that isn't preferred by most young doctors today. However, when I look back, I feel that my journey has been fruitful. I have never faltered in my quest for truth. I feel pride and contentment when I say this.

What have I gained in these forty years? Following the footsteps of my teachers, I have gained a vast number of students; what could be more precious? The rich experience I have gained is through the lives that I have seen and the deaths, and the attempts to solve the mystery of those deaths that occurred under suspicious circumstances.

Here, I try to turn a few pages of the book of memory. I have narrated a few cases that came up during my career as forensic surgeon, as a medico-legal consultant to the Libyan government, and as medico-legal adviser in Kerala. Apart from the fact that I have changed a few names to save some people from embarrassment, everything in this book is factual.

I had to include a couple of cases which prove that if scientific evidence-and assumptions made on the basis of this evidence-are incorrect, then investigations get derailed and innocents end up being punished. I had to narrate the story of `Solomon's Bees' to prove the need for courts of justice to find the truth. I have not tried to blame anyone without reason.

Oru Police Surgeonte Ormakkurippukal written by my friend, well-wisher and guide Dr B. Umadathan is an autobiography that tells us about some experiences in his professional life. We see the efforts made by a forensic surgeon to unravel the mysterious deaths of unfortunate people who lost their lives under suspicious circumstances.

Dr Umadathan never hesitated to dispel suspicions and reveal the culprit, even if the shadow of suspicion fell on an investigating officer or the doctor who had conducted the post-mortem. When you read this book you will realize that he was a man with a pure heart. Even when he was wrongly accused because someone held a grudge against him, or due to some misunderstanding, he never gave up his steadfast faith in the scientific principles of forensic science.

I think Dr Umadathan chose forensic medicine because he wanted to be a teacher like his father. He was also greatly influenced by the dynamic Dr Kanthaswamy, who was the first forensic surgeon in Kerala.

'These memoirs capture the reader's attention and create an aura of suspense. "The book has been written in a simple style and can be read in a single sitting, as though it is a detective story.

It is important to remember that Dr Umadathan's aptitude for teaching helped many police officers learn the basic lessons of forensic science. He wrote many books on the principles of the subject for officers, and the texts were well received and appreciated. 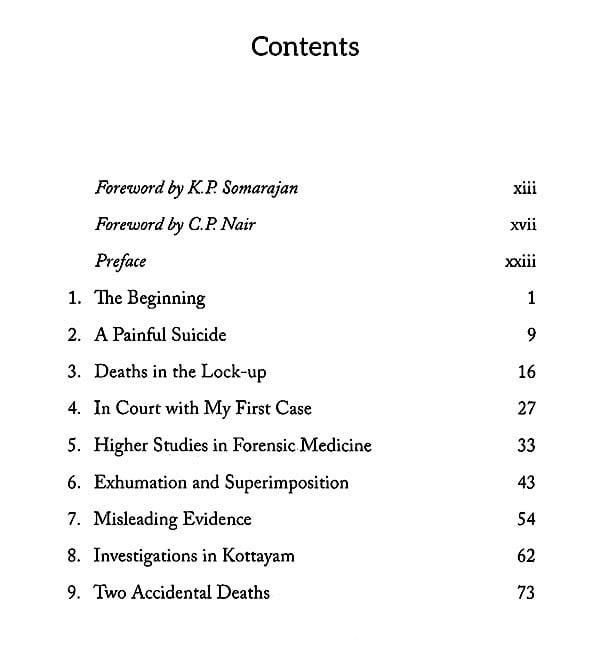 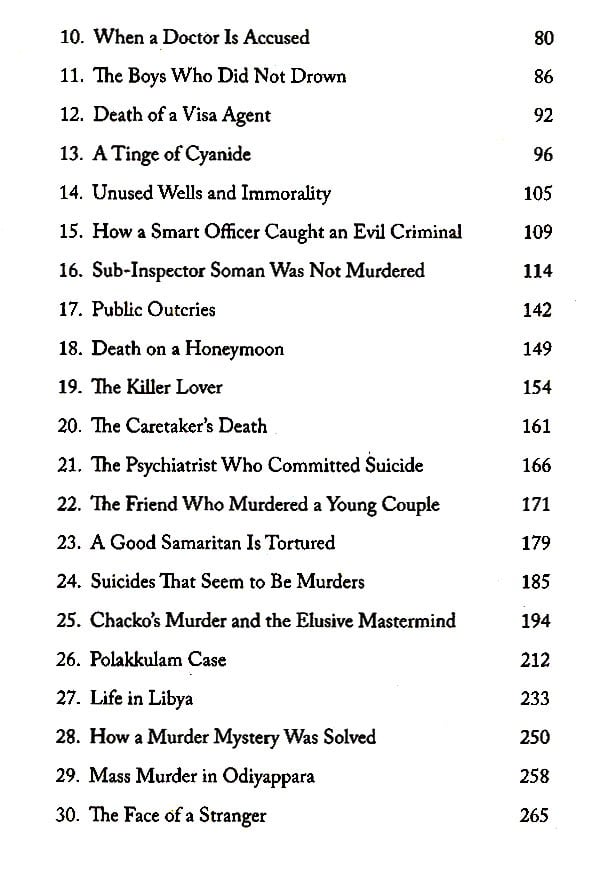 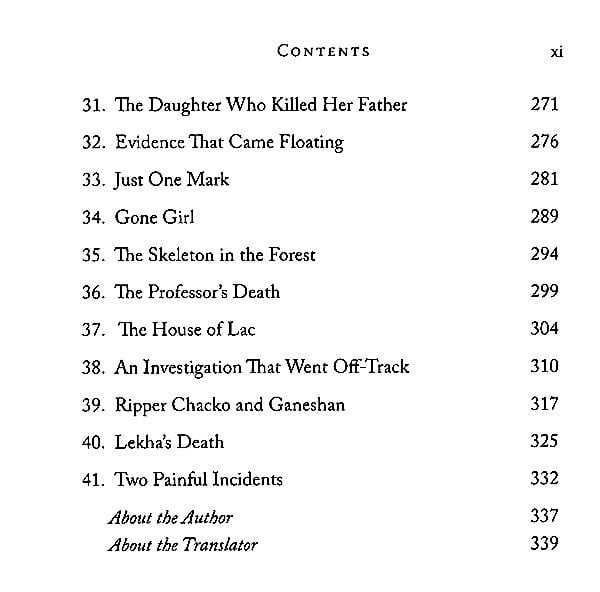 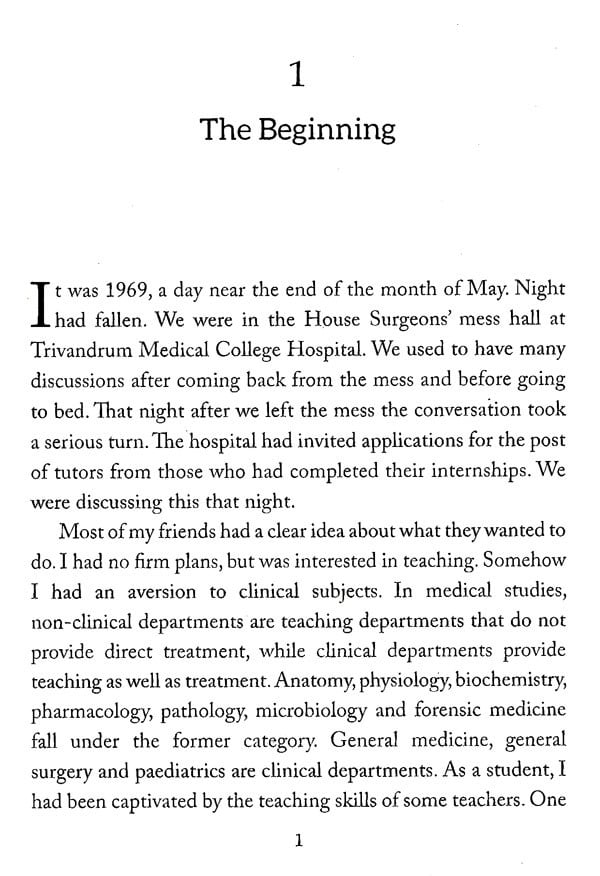 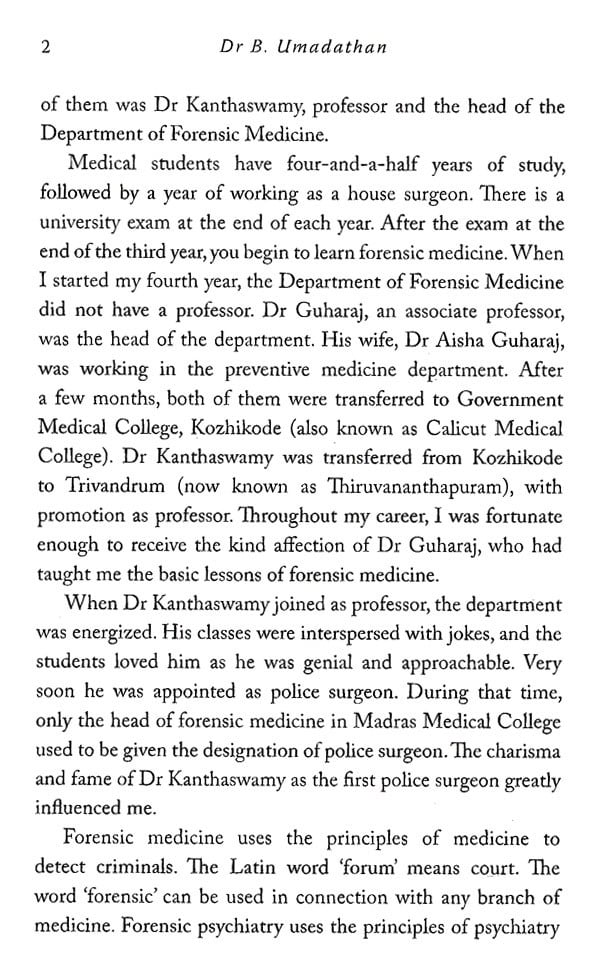 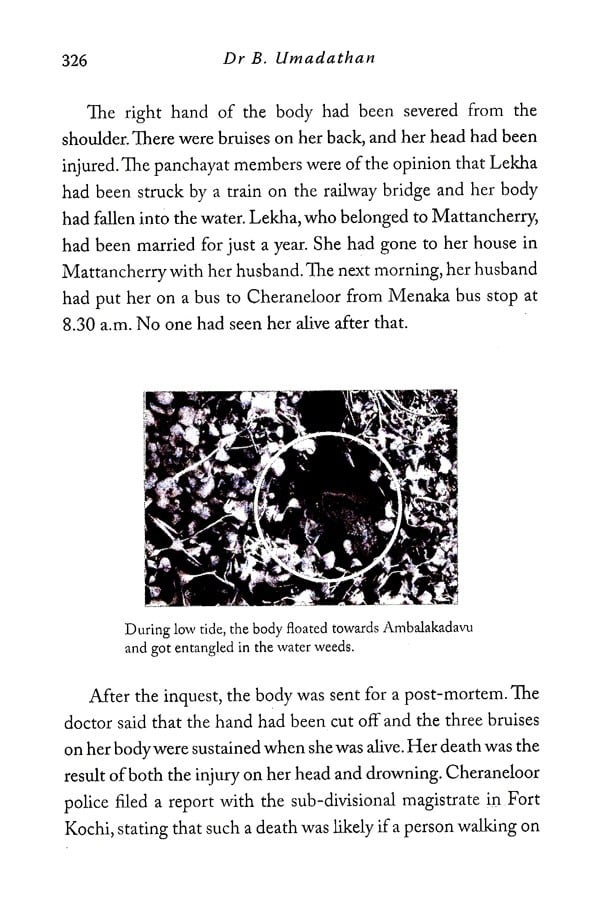 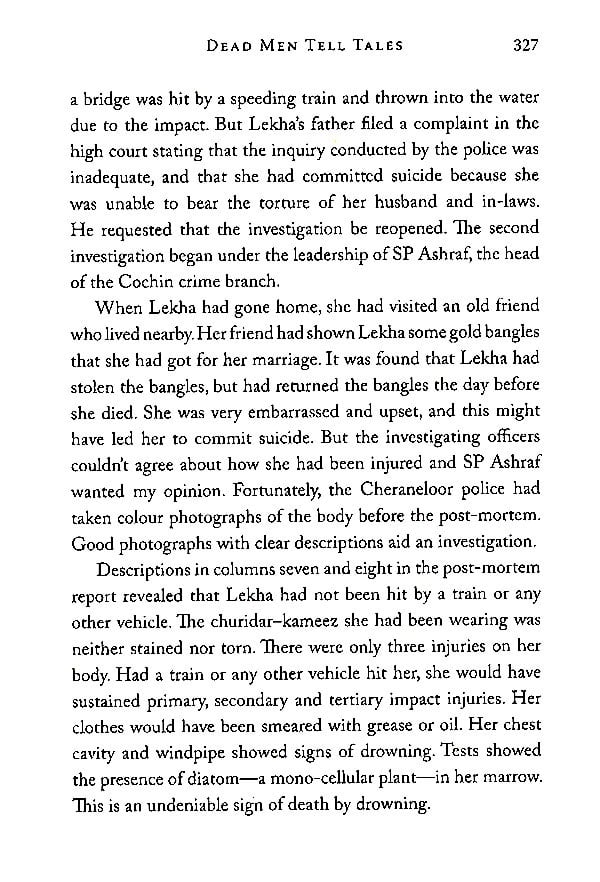