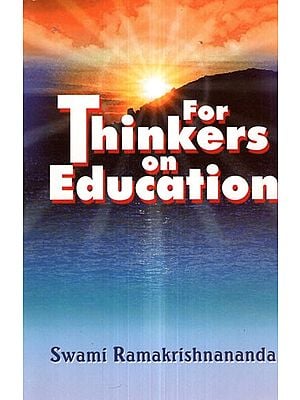 For Thinkers on Education

This book as the title avers, is mainly intended for those with whom education, as such, is the object of their major thinking. Here one will come in contact with a master-mind's lifelong thoughts on subjects pertaining to essential education, brought under suitable groupings to help an effective study. More on the point has been spoken in the Introduction.

The lectures and the essays incorported here were delivered and written during the years 1897 to 1911 and they were previously published either in The Brahmavadin, The Prabuddha Bharata, The Message of the East or The Vedanta Kesari. This is the first time they are being published in the book form.

We believe Educationists anywhere in the world will find in this book points for deep thinking, suggestions of intense importance and solutions of some vexed questions.

Sri Sashi Maharaj, more widely known as Swami Ramakrishnananda, is a name held dear in the heart of the devotees and disciples of Sri Ramakrishna, and admired and revered by those who have acquaintance with the Ramakrishna Order and Mission. The distinctive spiritual character of this illustrious disciple of the Saint of Dakshineswar revealed through his silent life of dedication, the self-effacing services he rendered from the monastery he conducted at Mylapore, Madras in the beginning of the century, and the part he played in the expansion of the Ramakrishna Movement in this Province and elsewhere, are still fresh in the memory of the generation which is passing out. The facts of his life have been recently recorded in the biographical literature* of religion. Though the Swami left the body thirty-seven years ago, all that he was and did, captivate and fill with joy those who wish to know about the meaning and significance of his religious ideal and have appreciation for it.

The twenty-two informal writings of varying length and importance collected in this book originated as stray contributions made by the author over a fairly long period to suit different occasions. They were not written with an eye to literary effect, or formal excellence or with any premeditated sequence. The Swami’s life was a continuous act of devotion in the closest contact with the living Ideal of his peerless Guru. He never confused booklearning with wisdom, never was a slave of words, and hardly practised the art of writing for the Press. Hence to the mere literary man the value of these writings is negligible. We should not, nevertheless, forget the fact that while the eloquent are heard with pleasure, the truly wise are heard with healthful result to the soul. The wisdom of the utterances of a person is proportionate to the greatness of his life and realisations. Although the thoughts and views of the Swami are all based on spiritual traditions that have an established significance, there is an originality in the manner of presenting them which is his own. He always applies a rational test to traditional knowledge, and never calls for the uncritical credulity of his readers. Therefore these unpretentious writings, however scrappy and uneven they might appear to the casual reader, have a pronounced value to all who have a spiritual outlook on life and its problems. The Swami's words have an undoubted power to quicken the soul and inflame the moral zeal of all who look, up to them for aid and guidance. The fundamental philosophy and method of mind-training stressed in every page of this work impart to it a unity and value which aptly justify the presentation under the title as found inscribed over the book. 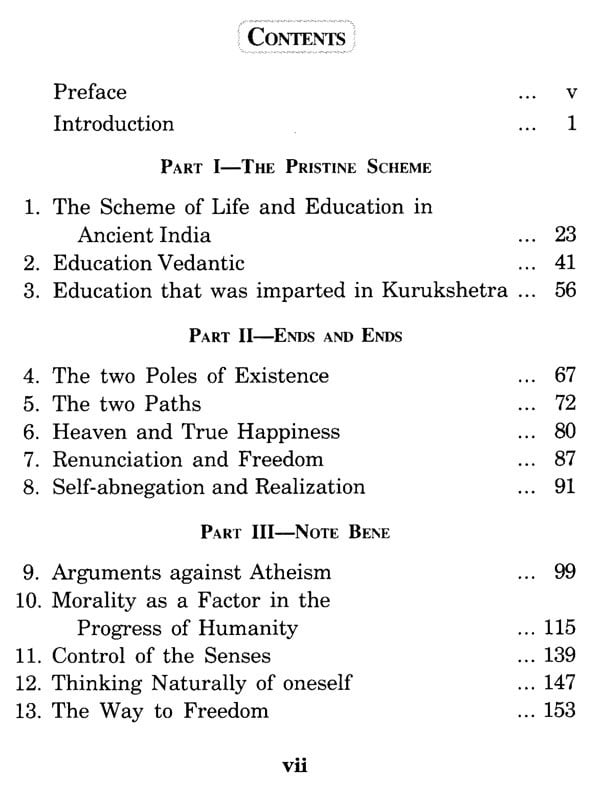 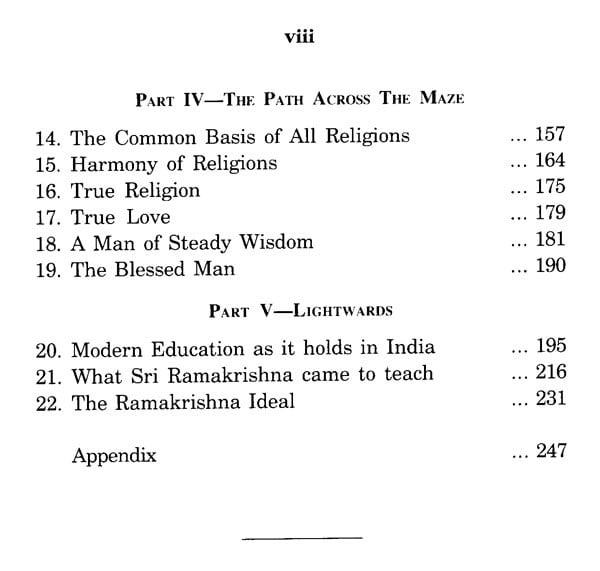 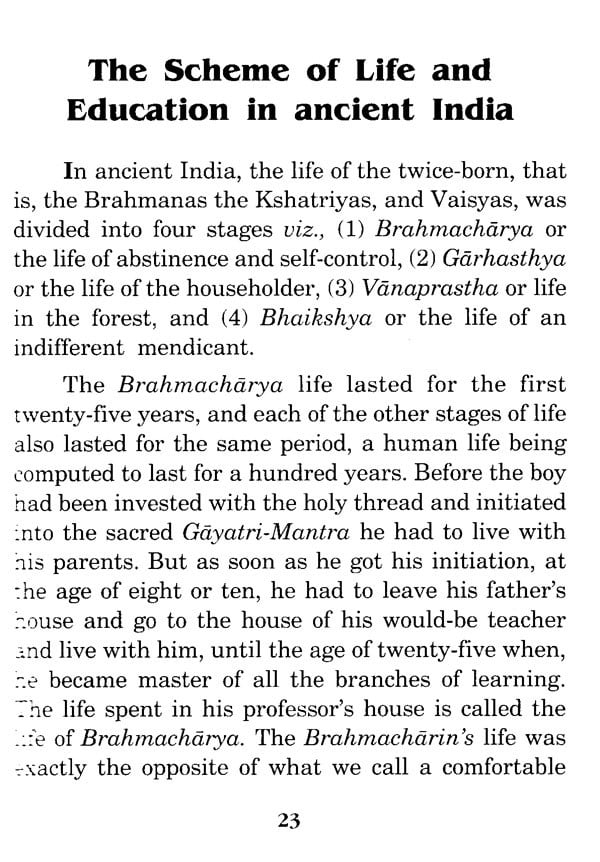 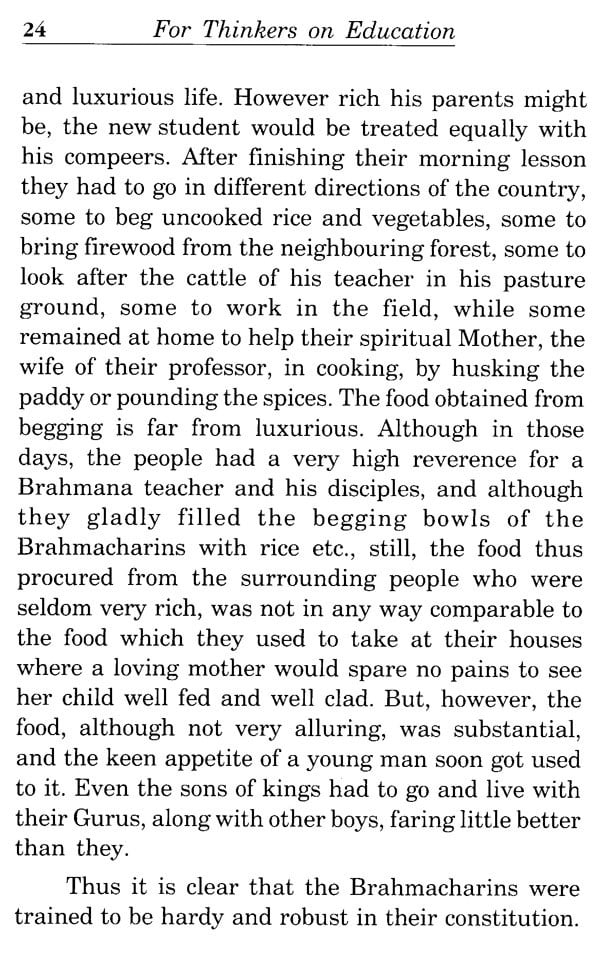 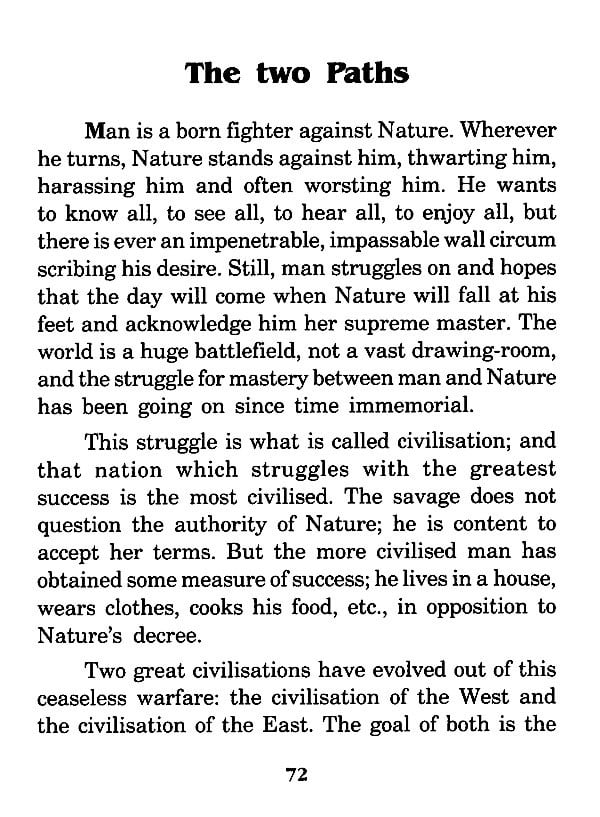 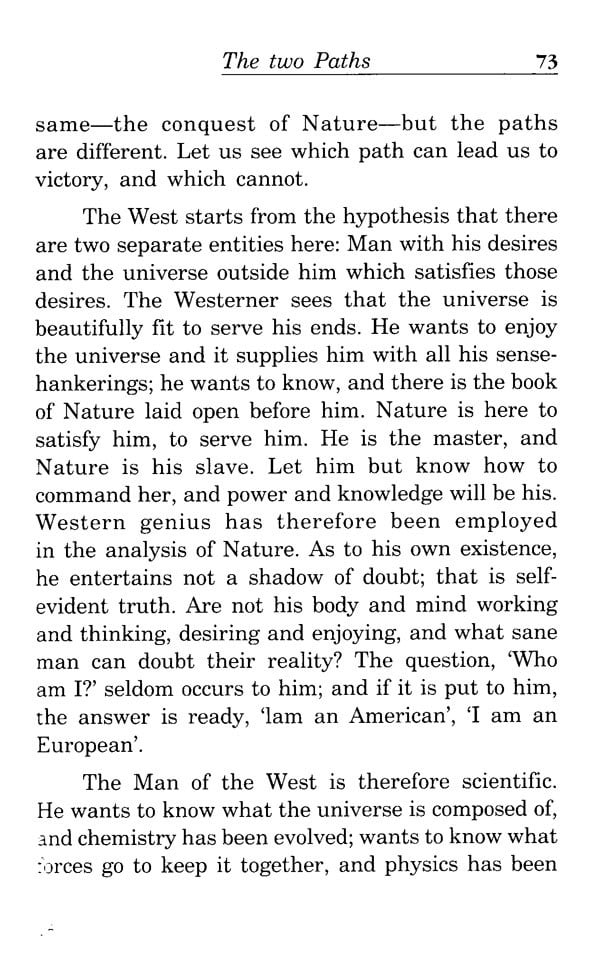 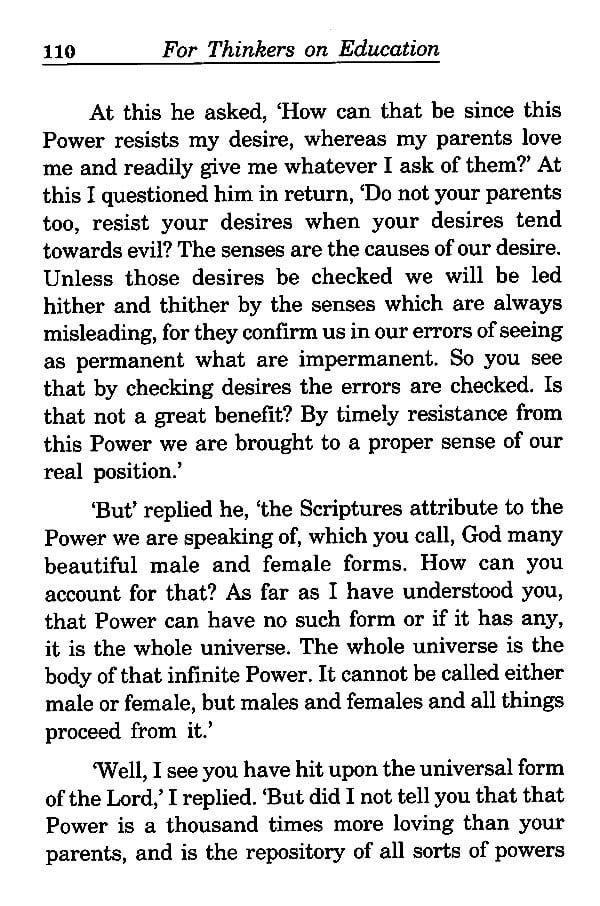 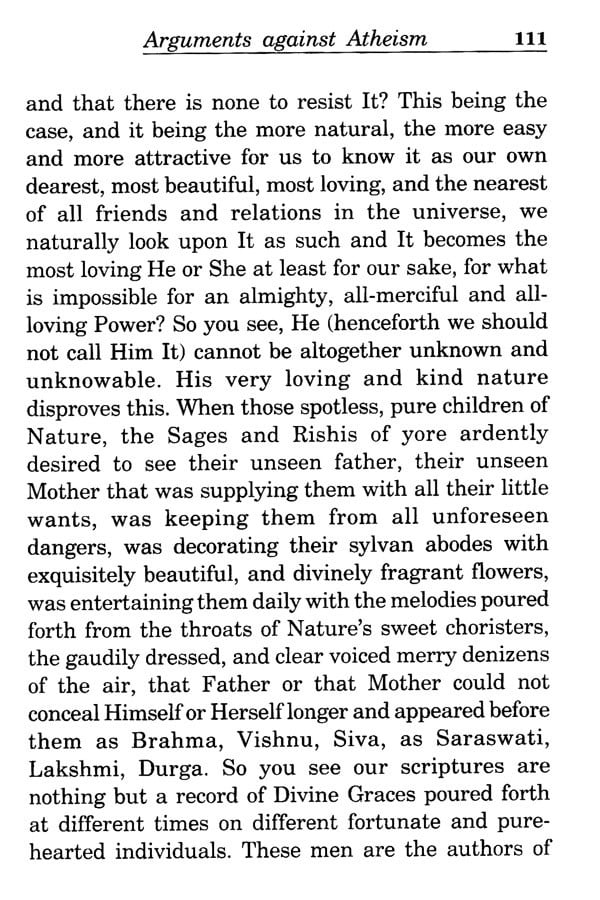 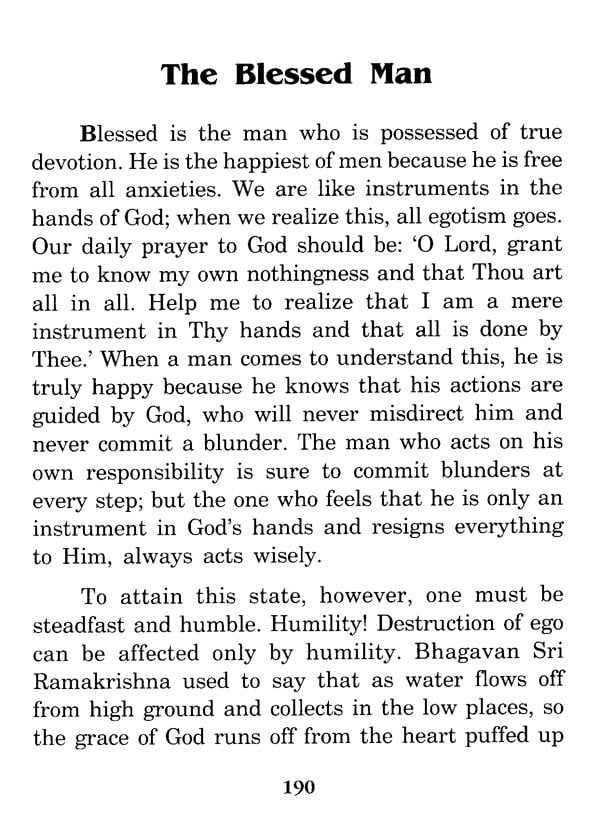 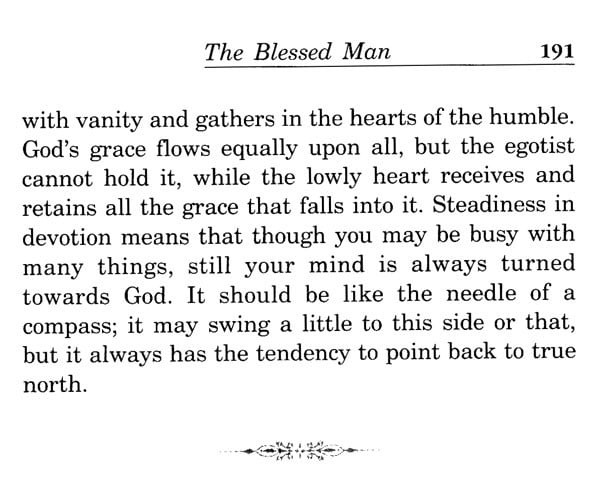 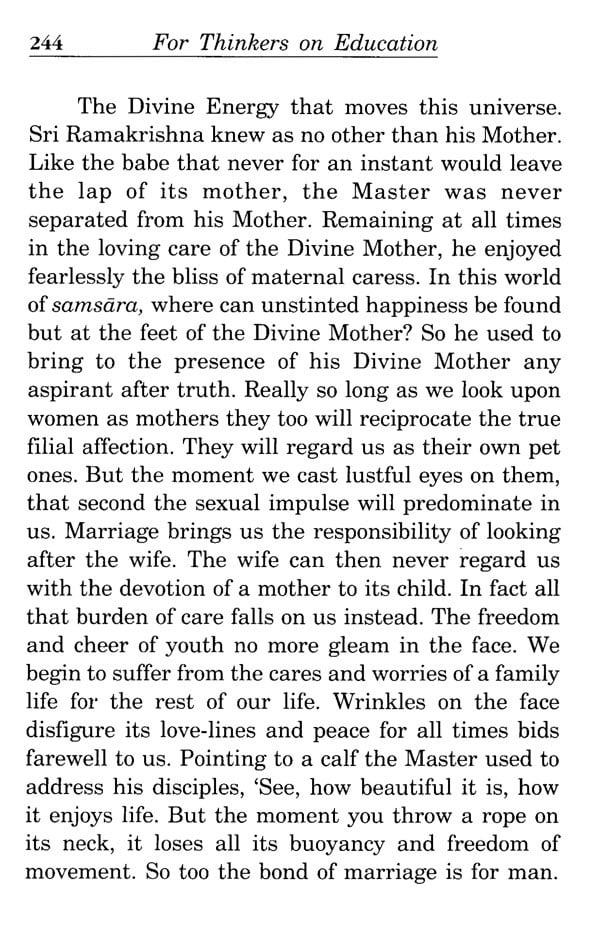 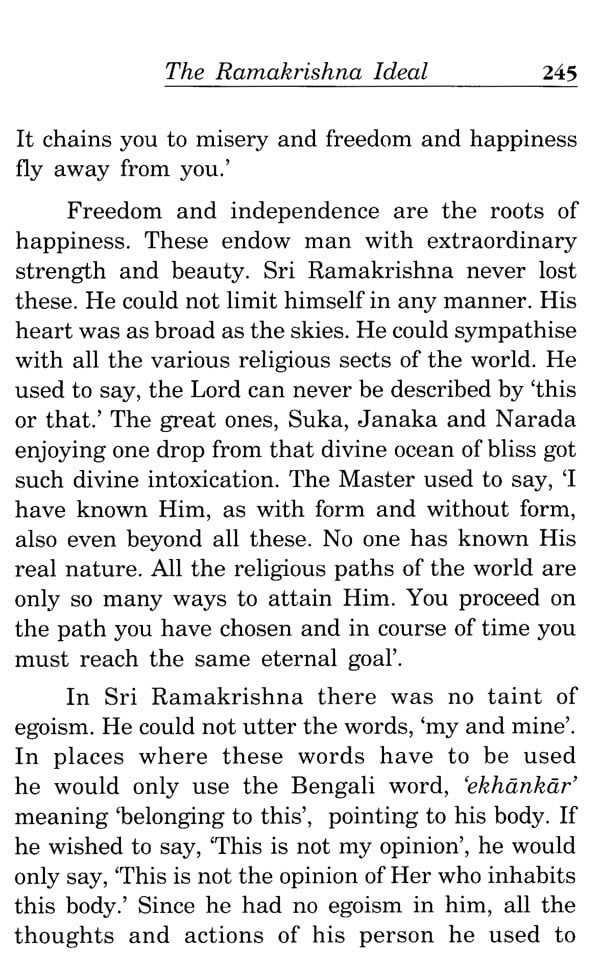