The Hindu Samskaras give expression to aspirations and ideals of the Hindus.They aim at securing the welfare of the performer and developing his personality. They go back to a hoary antiquity. The Vedas, the Brahmanas, the Grhasutras, the Dharmasutras, the Smrtis and other treatises describe the rites, ceremonies and customs here and there but they do not present them in their historical evolution

The present work is a systematic study of all the Samskaras enjoined to be performed at the various epochs in the life of an individual from conception to crematorium. The author has cited parallels in other religious to show that they are universal and have a recognised place in ancient cultures and are still represented within the limits of modern religion. He has also shown that the sacramental beliefs and practices, far from being an irrational priestcraft, are consistent and logical and have practical utility and intention.

This work discusses the source, meaning, number, Purpose and the constituents of Samskaras grouped under five heads: prenatal, natal, educational, nuptial and funeral. Besides being a landmark in Hindu culture, it presents patterns of life based on high ethical, spiritual and humanistic values.

In the following pages an attempt has been made to trace the Hindu Samaskãras through their origin and development. They have a long and varied past. Many of them go back to a hoary antiquity and some of them still survive. In course of time, they have undergone many changes and modifications. The Samaskaras are described in some hymns of the Vedas, a few Brahmanas, the Grhyasutras, the Dharmasutras, the Smtis and the later treatises. But as these works were intended to be manuals or codes for a particular time and locality, they do not present the Samaskãras in their historical evolution. So, an Endeavour has been made here to link and piece together these scattered materials into a comprehensive whole and to supply a historical perspective for their proper understanding.

For doing so not merely chronological sequence is traced but the connection between various changes is also shown. It has also been explained that the Samaskaras were based on religious beliefs and social conditions. What was in the beginning purely natural became more cultural. Here it will be found that many social elements entered into the precincts of religious ceremonies and many cultural devices were introduced to mould the Samaskaras in order to produce the desired effects.

The Samaskãras are, in a fact, expressive and symbolic performances. They also contain dramatic utterances and theological gestures. Without an inkling into these aspects of the Samaskãras they appear as fanciful puerile pranks. In order to make them intelligible, the symbols are unfolded and explained and suggestions are made more articulate. This has been done without over rationalizing. The Samaskaras give expression to aspirations and ideals of the Hindus. They are brought out wherever found.

Many constituents of the Samaskãras were meant to be means of intercourse with, and influence upon, spiritual beings that were believed to guide and interfere with the course of human actions. But while the mind of the performers was bent on religious intent, their knowledge of the arts of life helped to bring about the object in view. In this connection the religious beliefs of the Hindus are analyzed and their knowledge of the arts of life shown. As the aim of the Samaskaras was to secure the welfare of the recipient and to develop his personality, every contrivance towards the same is pointed out.

All the rites, ceremonies and customs, that form the Samaskaras, are, more or less, universal. They have all a recognized place in ancient cultures and they are still represented within the limits of modern religions. So, in order to make the historical development of the Samskaras more comprehensible, parallels in other religions are referred to wherever possible.

Many people, looking at the Samskaras from the modern practical point of view, regard them as ridiculous and meaningless. But few, who will care to understand the general principles of ancient religions, will ever think them so. They will also find that their knowledge is not superfluous to the common stock of human interest. The sacramental beliefs and practices, far from being an irrational priest-craft are consistent and logical in a high degree, though working under a mental condition which was different from what it is to-day.

As regards the intrinsic merits of the study of the Samskaras, it has been made clear that these had practical utility and intention when and wherever they originated, though they, now, appear obscure and purposeless, for they have been carried on, without adaptation, into a new state of society where their original sense is lost. Therefore, a study of the Samskãras forms an important part of investigation into the origin and development of civilization.

For treatment in the present thesis, only those Smãrta Samskaras are taken which were performed at the various epochs in the life of an individual from conception to crematorium. Their theatre was the home, their chief actor the householder and the presiding deity the domestic Fire, by the side of which they were staged. The Srauta sacrifices, for the performance of which the administration of priests was required, the Yajamana being a passive agent. are excluded from the list of the Samskaras. They being Kámya (optional) ceremonies, were not binding on every individual, and so they do not come tinder the Samskaras proper, which were compulsory:

1. The Prenatal Samskaras
2. The Samskaras of Childhood
3. The Educational Samskara
4. The Marriage Samskara
5. The Funeral Ceremonies

While dealing with a particular Samskara, first its origin is traced and then its subsequent development discussed. The creative period of the Samskaras has passed away. Many of them, e.g. the pre-natal Samskaras and a few of the childhood are not generally performed at present; so they have become a thing of the past. The rest are performed by orthodox families only and, here too, in a distorted form. The only current Samskaras are the Upanayana (Initiation) not performed by all the twice-torn today, the Vivaha (Marriage Ceremonies) and the Antyesti (Funeral Ceremonies). The revival of the Samskaras by reform societies like the Arya-Samãja is very recent, but times do not seem to be propitious for such attempts.

As the Samskaras include many essential preliminary considerations and ceremonies relating to social rules, taboos, restraints and, as they are well recognized by authoritative works, they have found their proper place in the treatment of the subject. In the end the ritual proper is described with possible interpretations and significance thereof.

This work was originally written as a thesis, which was approved by the Banaras Hindu University for the degree of Doctor of Letters in 193G. It could not be sent to the press earlier for various reasons, but mainly due to the press and paper difficulties during the Second World War, which started in 1939. The long gap has, however, been utilized in the revision and the improvement of the original work.

It is a pleasant duty of the author to acknowledge his deep gratitude to Dr. A. S. Altekar, MA. LL. B., D. Litt, Head of the Department of Ancient Indian History and Culture, Banaras Hindu University, under whom he worked as a Research Scholar and whose learned guidance and help were available at all times. He also owes grateful thanks to Dr. R. S. Tripathi. MA., Ph.D., Head of the Department of History, Banaras Hindu University, who readily offered many valuable suggestions on various topics in this work. His indebtedness to individual authors is cknow1edged in the footnotes. The author is deeply indebted to Pt. Nagesh Upadhyaya M.A the proprietor of the Vikram Panchang press, Banaras and his staff for undertaking the publication of this work in the midst of their multifarious and pressing duties. His thanks are due to Shri Nemi Kumar, B.A. for taking great pains in preparing the Index of this work. The author more than any body else is conscious of many defeats and blemishes especially typographical which have crept into the book. For these he craves the indulgence of the reader. 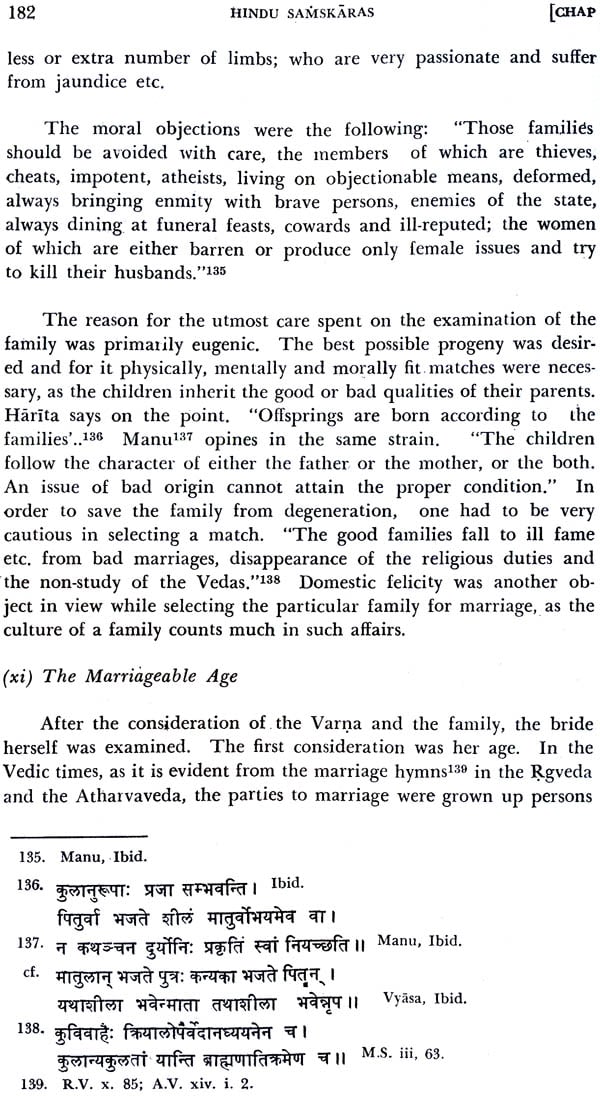 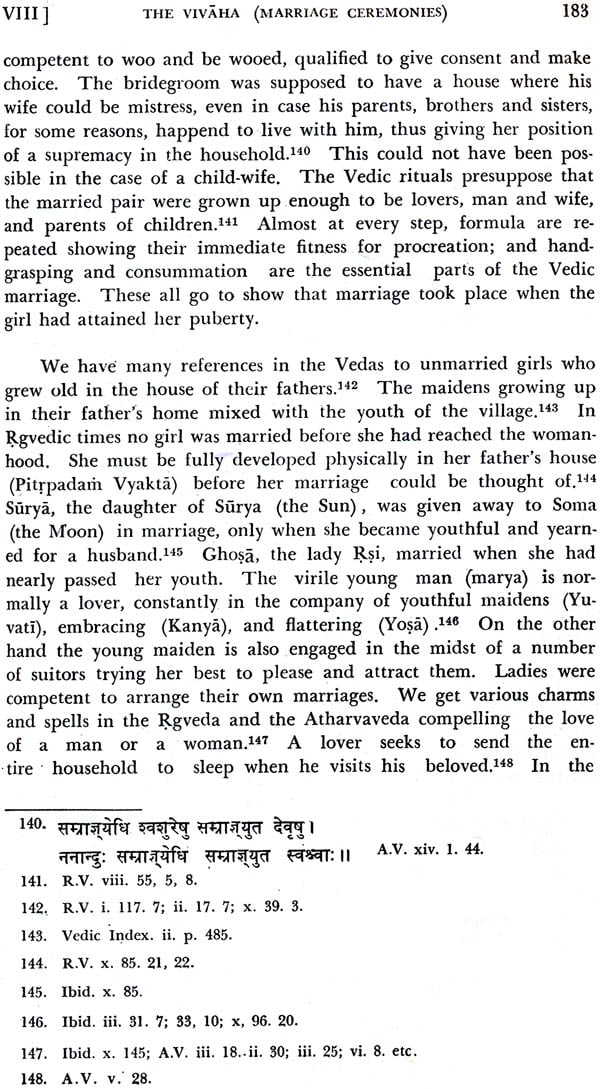 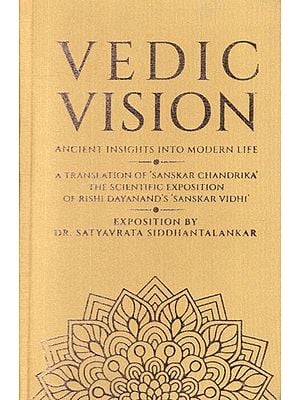 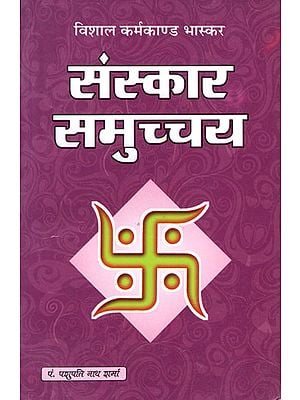 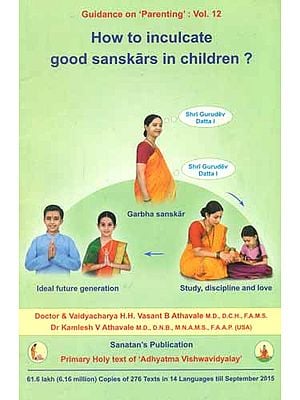 The Philosophical Concept of Samskara
By Lakshmi Kapani
$32.50
FREE Delivery