Before attempting to write an elaborate history of Indian Music, I had a mind to write a concise one for the students. Opinions differ regarding the import, scope, characteristics as well as method of treatment of history of Indian music. So far as is known to us there are different kinds of history of music taught in schools, colleges and universities of foreign lands. Indian people claim that their music is the most ancient one is the world, but no serious attempt has as yet been made to write a chronological history of music of India. India indeed is a great country, the fountain-head of the world civilization and culture. Most of the historians both of the East and the West admit that many of the civilized nations of the world are indebted to India for their materials of civilization, art and culture. India does not lack in authentic materials for constructing a history of music of her own, for putting before the admiring gaze of the world, her glorious heritage in the field of art education and culture.

It gives me pleasure to mention in this connection that some valuable articles on the history of Indian music, from the gifted pens of the connoisseurs of music, published from time to time in different papers and journals, have left behind them impress of permanent value in the field of study and culture of Indian music. A compendious book on history of music has recently come out from the pen of a scholar like Shri P. Sambamoorthy of Madras. The precious articles of Dr. V. Raghavan in this field are noted for their clarity and scholarship. His illuminating serial articles on Some Names in Early and later Sangita Literature, An Outline Literary History of Indian Music, appeared in the journal of the Music Academy, Madras, and Music in the Deccan and South India, appeared in the "Behar Theatre", Behar, and other articles, appeared in the Trivai, the Bulletin of the Sangita Natak Akadami, New Delhi, are worth-mentioning. Recently the University of Agra has honoured Dr. Saratchandra Shridhar Paranjape of Bhopal by conferring a doctorate on him for his thesis on the history of Indian music, from the ancient period upto the Gupta period. Thus new hope is dawning on the horizon of history of Indian music, and paving the path for writing a future authentic history of music of the Indian people.

The present volume is an attempt for tracing out firstly the historical evolution of the musical materials like microtones, tones, murcchanas, ragas, scales, gitis and prabandhas, veena, venu and mridanga, dances and hand-poses, rhythm and tempo as well as the philosophical concept that are very essential for the study of history of Indian music, and secondly, the chronological accounts of history of music of India in different ways in different periods, including development of music in Bengal and South India.

It is needless to mention that this present small volume will act as a guide to the students of history of Indian music. I have already published two volumes of Sangita O Samskriti in Bengali (in the second edition, the name has been changed into Bharatiya Sangiter Itihasa), wherein I have dealt with Indian music upto the Gupta period. The third volume of the book is under preparation.

The present first volume deals with the ancient period, covering the primitive one down to the 12th century A. D. The second volume will cover the mediaeval and modern periods i.e., from the 13th century upto the 20th century.

I express my deep sense of gratitude to Dr. Niharranjan Ray for writing the 'Foreword' of this book, which has enhanced its value as well as its prestige. I also express my gratitude to Dr. V. Raghavan of the Madras University for giving me permission to print as an 'Appendix' to this volume his learned article, Samaveda and Music, which was delivered under the auspices of the Convention in Delhi on the 13th October, 1962 and subsequently published in the Journal of the Music Academy, Madras, in 1963. Though I have dealt with the problem of samagana in this book, yet I have included Dr. Raghavan's article for the fuller knowledge of the subject for the students. I also express my gratitude to Shri Subodh Kumar Chatterji, B. A., for making necessary corrections in the manuscript before sending it to the press. It will be of great pleasure to me if the students as well as the lovers of Indian music are benefited through its perusal.

It should be mentioned in this connection that the diacritical marks a a a a have been used throughout the book to express the sound of a i.e., aa.

Swami Prajnanananda of the Ramakrishna Vedanta Math of Calcutta, has been well-known in Bengal for more than a decade and a half, as one of our foremost authorities on the history, form, and technique of Indian Classical Music. For all these years he has been publishing, in Bengali, volume after volume, each one incorporating his findings and interpretations on practically all aspects and phases of his chosen field of study. This treatise in English is a summary of some of his basic findings and observations, put in the form of a simple historical narrative, more or less in the shape and form of a student's or general reader's hand-book on the subject.

I believe the book fulfils its purpose.
A good Sanskritist, deeply religious in spirit and approach to life and its affairs and philosophical in training and discipline, Swami Prajnanananda-ji gives evidence of his intimate knowledge of early and mediaeval texts on Indian music, its religious and spiritual associations and its philosophical background. Yet what is most gratifying is that he never loses sight of the historical perspective; indeed, his study is directed from the point of view of what he calls "dialectical method of historical evolution". In whatever, therefore, he brings into his orbit of study and analysis, whether it is shrutis or svaras, ragas or prabandhas, mudras or musical instruments, he follows the history from mystic origins to almost the beginning of our times, and more, he cities evidences that are not merely textual, but literary and archaeological as well, evidence that can be fixed in time and space more or less objectively. His narrative of the history of music in our country from primitive times onwards is also very interesting reading. The inclusion of rural and folk music and a separate chapter on the contribution of Bengal to Indian music enhances, I am sure, the value of the narrative.

I feel very thankful that I have been asked to introduce the book to the reading public, though I am sure, Swami Prajnanananda does not need any introduction as a writer and scholar in the field of Indian music. 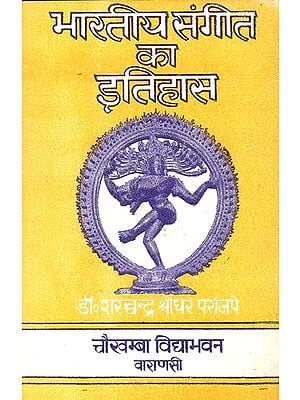 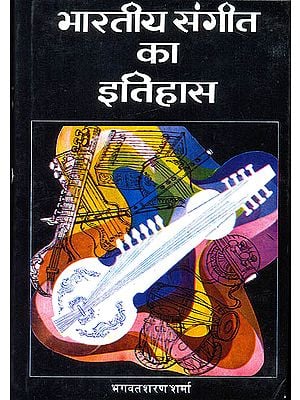 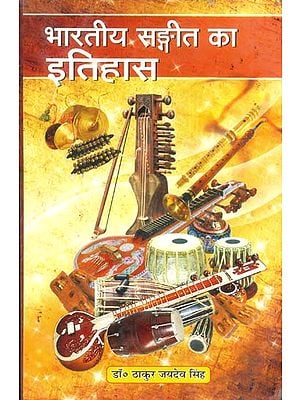 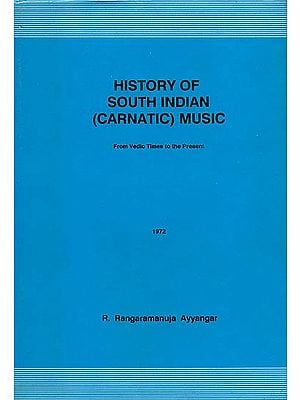 History of South Indian (Carnatic) Music: From Vedic Times to the Present (An Old and Rare Book)
By R. Rangaramanuja Ayyangar
$42
Out of Stock 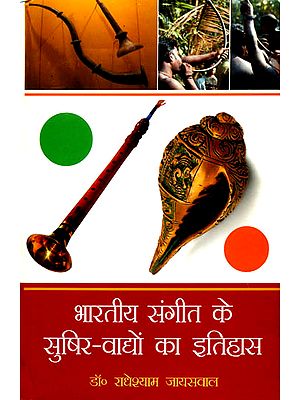 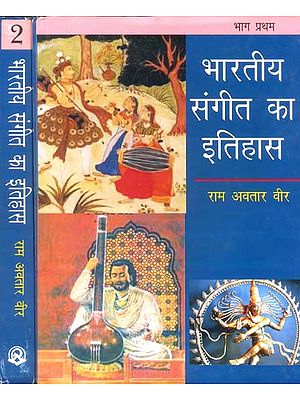 The History of Indian Film Music: A Showcase of The Very Best in Hindi Cinema (Set of 10 CDs)
$95
FREE Delivery

From the Tanjore Court to the Madras Music Academy: A social History of Music in South India
By Lakshmi Subramanian
$20
Out of Stock

The Traditional Music of Kashmir (In Relation to Indian Classical Music)
By Dr. Sunita Dhar
$19.20
FREE Delivery
$24  (20% off)

History of South Indian (Carnatic) Music: From Vedic Times to the Present (An Old and Rare Book)
By R. Rangaramanuja Ayyangar
$42
Out of Stock

From the Tanjore Court to the Madras Music Academy: A social History of Music in South India
By Lakshmi Subramanian
$20
Out of Stock

The Traditional Music of Kashmir (In Relation to Indian Classical Music)
By Dr. Sunita Dhar
$19.20
FREE Delivery
$24  (20% off) 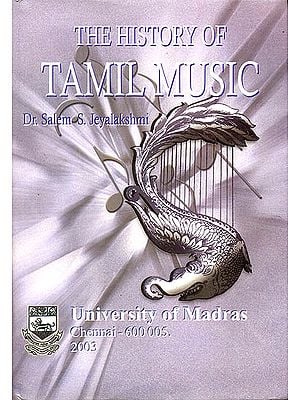 The History of Tamil Music
By Dr. Salem S. Jeyalakshmi
$55
FREE Delivery
Add a review
Have A Question