The Holy Madmen of Tibet

His naked body was rubbed with ashes from a human corpse, daubed with blood, and smeared with tat He wore the intestines of someone who had died as a necklace and ornamenting his wrists and ankles. His hair was bound up with a garland he had made from the corpse's fingers and toes, which he had cut off and strung together He wore an incomplete set of bone ornaments that someone had offered to him. Sometimes he laughed, sometimes he cried. He did all manner of nonsensical things in the marketplace. Although the people of Tsar] were very coarse in their ways, he overwhelmed them with his abilities and tamed them with his compassion. And so they became faithful, and since they unanimously praised him as "the A.M.'s. of Tsang," M every direction that name became as renowned as the sun and the moon.

SANGYE GVELTSEN, COMMONLY known as Tsangnyon Hemka—"the Madman from Tsang, the Heruka"—first became famous for making grotesque displays among crowds of people while wearing an outfit fashioned from human remains. Kunga Zangpo, "the Madman from 0," miraculously survived the many savage beatings he received for snaking daring affronts to powerful lords. Drulcpa Kiinle, "the Madman of the Drulcpa (Kagyir sect)," is credited with composing verses that overturn all sense of propriety, paying homage, not to the Buddha, but to an old man's impotent member.

The central questions this book seeks to answer are) Why did these men (and a few women) behave in unexpected ways that would get them labeled "mad," with that term carrying generally positive connotations? In what sense were they "mad"? The aim of this book is to convey a well-rounded understanding of the human beings behind these colorful person., by looking at the details of their lives and literary works in their due historical contexts. Previous studies have addressed aspects of the lives and legacies of a few of these "madmen," in particular Drape Kunle and the Madman of Tsang. This book seeks to offer a more comprehensive account of the "madman" phenomenon, offering new understandings of the more famous "madmen" and bringing many lesser known ones into the conversation.

Traditional Tibetan worldviews hold that there are a number of factors that could cause mental derangement in an individual. In some cases, madness was thought to result from problems occurring inside an individual's body, as understood by Tibetan medicine. Traditionally madness was most commonly ascribed to a disorder of the psychophysical winds (clung in Tibetan, prana in Sanskrit) that carry thoughts and animate the body. Also believed capable of causing insanity were external harms (gdon), such as the influence of witches, demons, celestial bodies, and con-tact with poisonous or polluted substances. If correctly propitiated, a deity might even drive an enemy mad at one's behest.

Distinct from all these possibilities, there have traditionally been indi-viduals in Tibet called "mad," whose apparent mental unwellness was not seen as resulting from any unfortunate circumstance, but, in the view of some, as symptomatic of high achievement in religious practice. Although they are called "mad," through a series of inversions, the term comes to bear positive connotations. It is these individuals who are the subject of this book.

Tibetans most often simply call such a person a nyfltipa (smyon pa). "madman," it being dear from context that they do not mean "mad" in the ordinary, negative sense. In these cases, nyonpa can often be taken as abbreviating one of three related terms: druptop nytlitpa, "mad sicktha"; neljor nyanpa, "mad yogin"; or kin. nytinpa, "mad lama."' Sickllia and "yogin" are Sanskrit terms; "lama" is the Tibetan translation of the Sanskrit "gum." A yogin is one deeply involved with the practice of medi-tation (yoga in Sanskrit). A siddha is an individual who has achieved sickthis (special qualities and supernatural powers) and perhaps enlightenment through advanced tantric practice. Yogin is a general term referring to a meditator, who may or may not have achieved some of the remarkable abilities of a sicklinx. As the Madman of Tsang himself wrote, "If one is a siddka, one is certainly a yogin. If one is a yogin, one is not necessarily a siddha." In common usage, the term yogin carries some of the same positive connotations as sirklIta. "Lama" refers to a teacher who instructs one in meditation. Given the great respect that a student is expected to have for his guru, it is usually assumed or implied that one's lama has achieved an advanced spiritual state. Tibetans use the full terms that trans-late as "mad siddha," "mad yogis" and "mad lama" infrequently, although some examples of their doing so will be shown in the chapters that follow. Tibetans usually assume the more famous and exalted figures referred to as nytinpa, like Dnakpa Rude and the Madman of Tsang, to be "mad sirklhos." Lesser-known figures referred to as rzybnpa would likely be con-sidered "mad yogins" or "mad lamas." In the vast majority of instances, they are simply called "madmen," Mating their perceived degree of spiritual attainment unstated.

Those writing in English about these figures have referred to them as crazy sirklhas, divine madmen, saintly madmen, Mad Yogins, "Crazy Yogins," and so on. Each of these renderings has advantages and disad. vantages. In this book I mainly use the term °holy madman" (sometimes in quotation marks, sometimes not), since this seems the most neutral phrasing. Although the term "mad siddlia" may be more accurate in some respects, it is overly delimiting, putting these characters into the predeter-mined category of sicklha. The term "holy madman," although less literal, will allow us to come to our own conclusions in our thinking about them figures. In referring to them as "holy madmen," I do not mean to imply that from my perspective these are in fact holy beings, but rather that they tend to be regarded as such by other Tibetans—although they often had critics who were skeptical of their spiritual worth. This book is an exploration of the nature of their holiness. 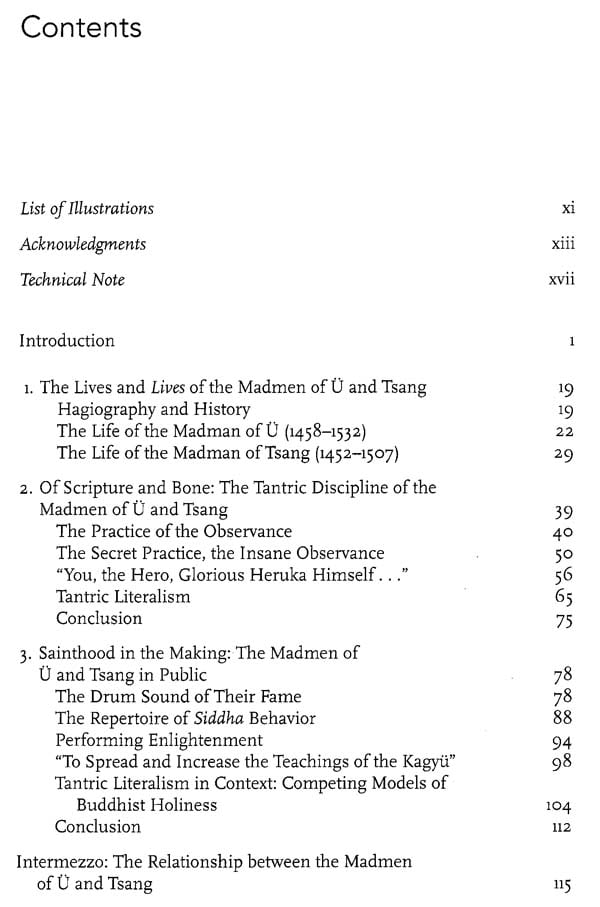 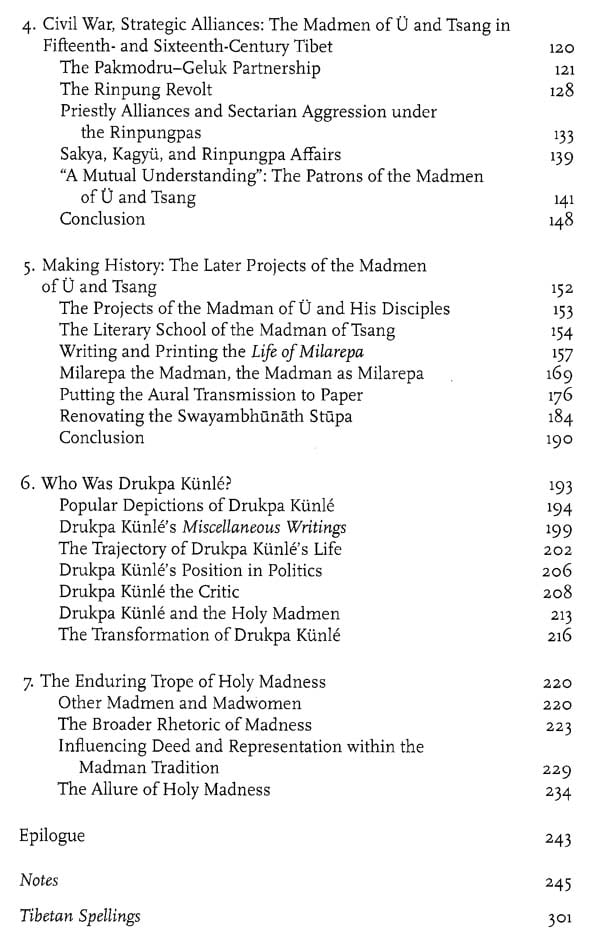 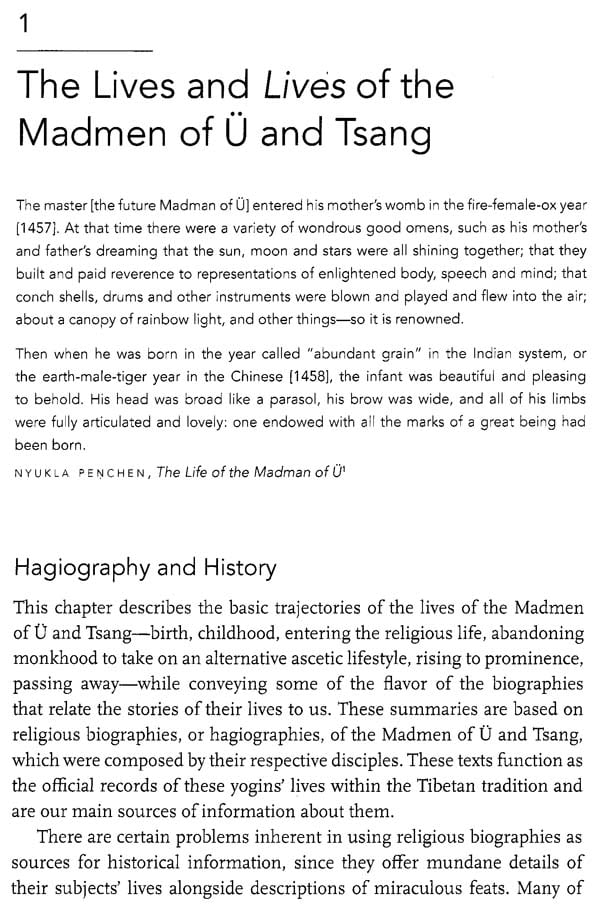 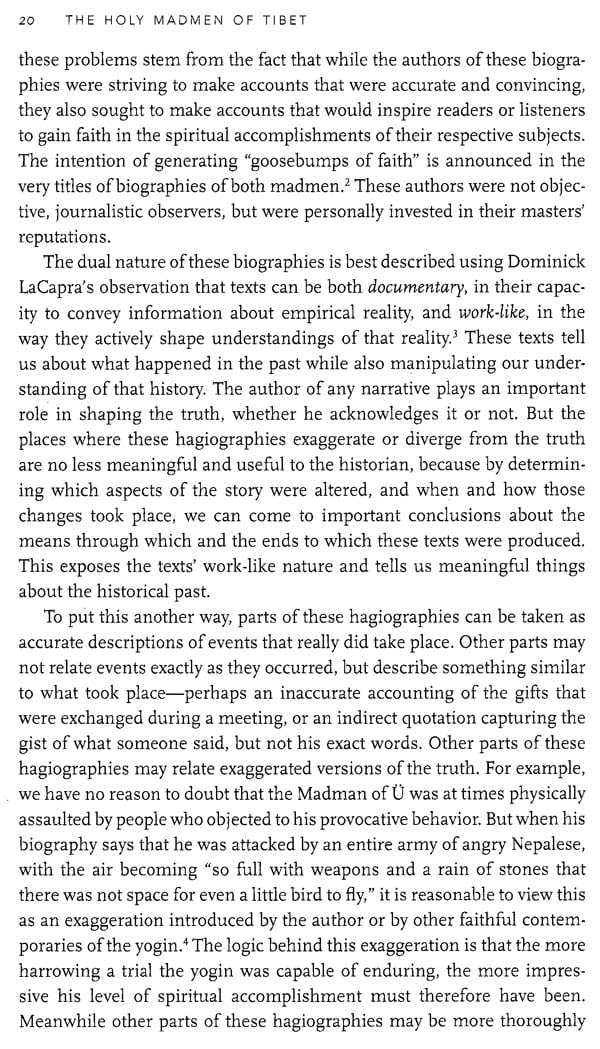 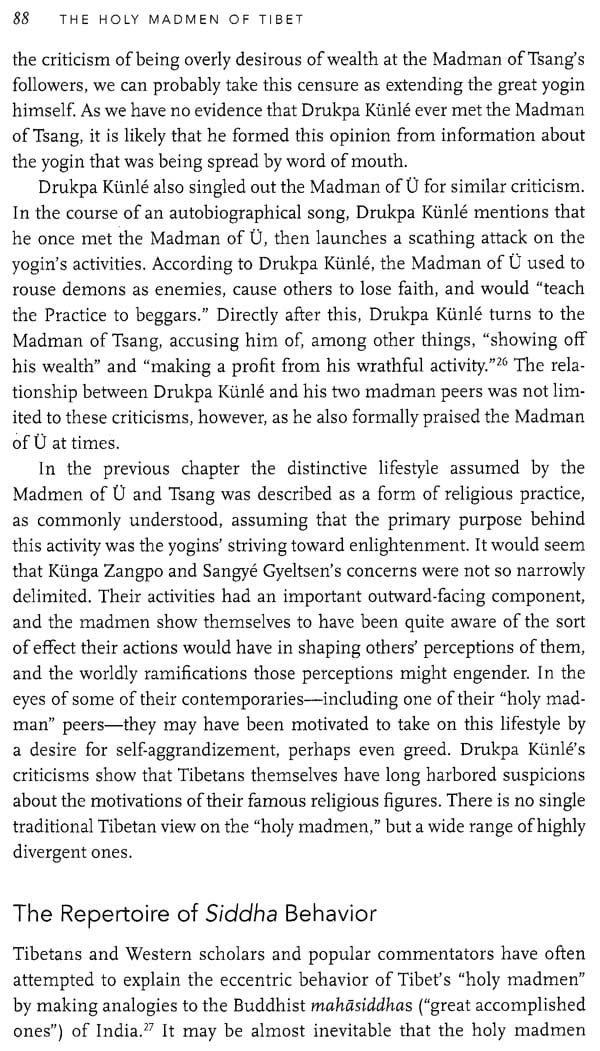 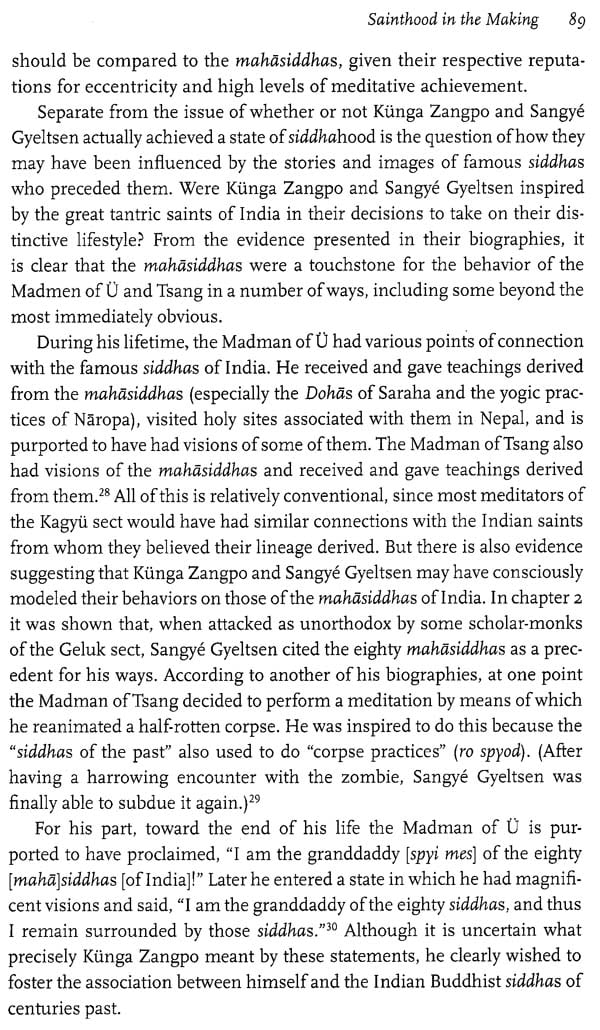 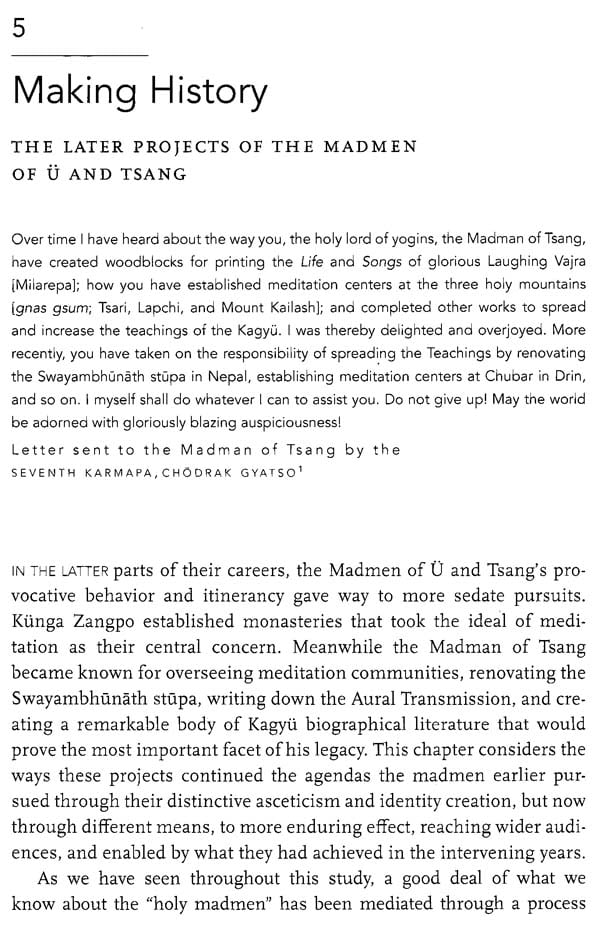 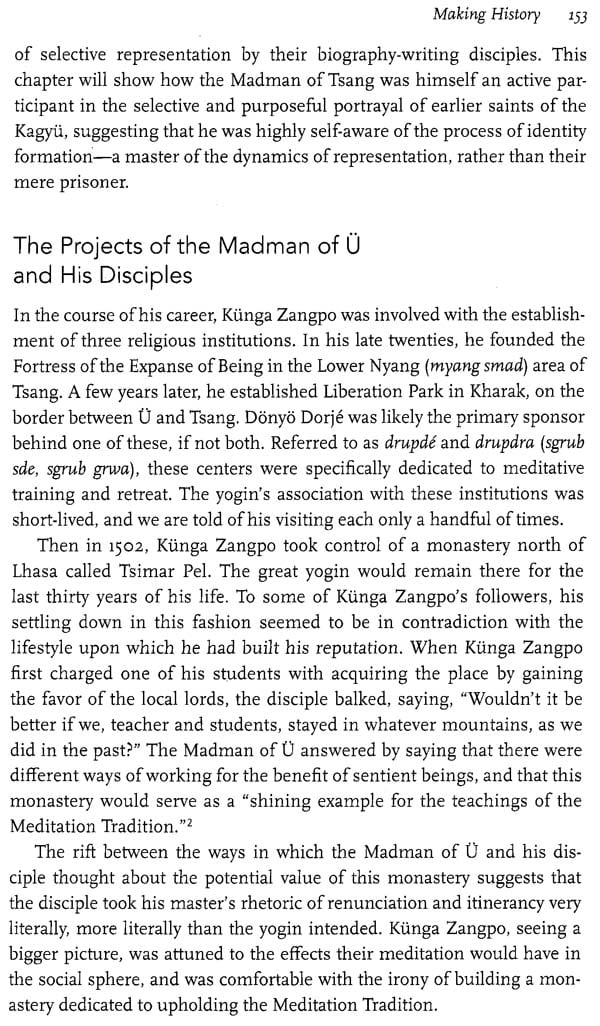 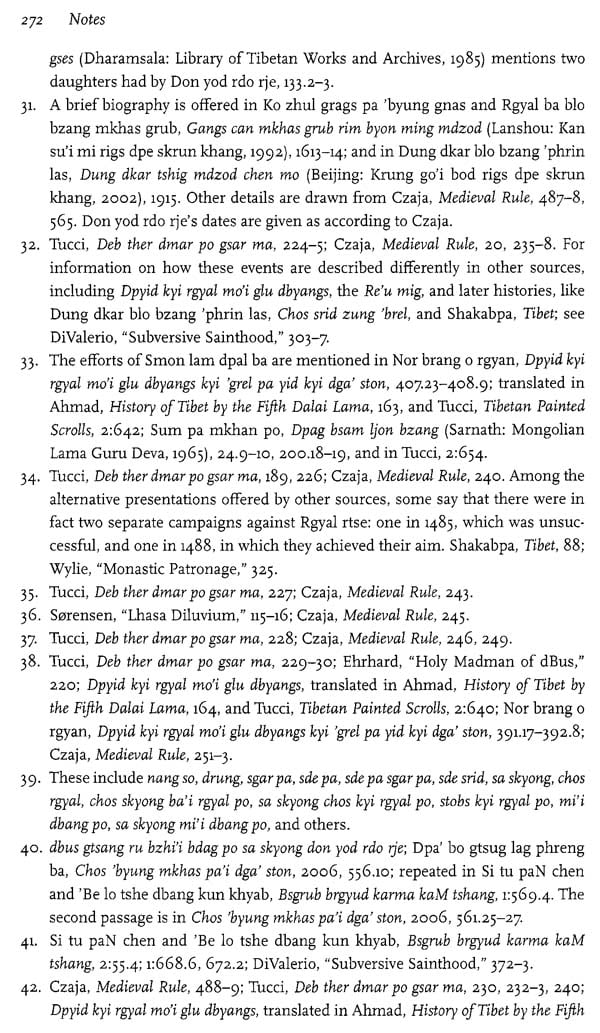 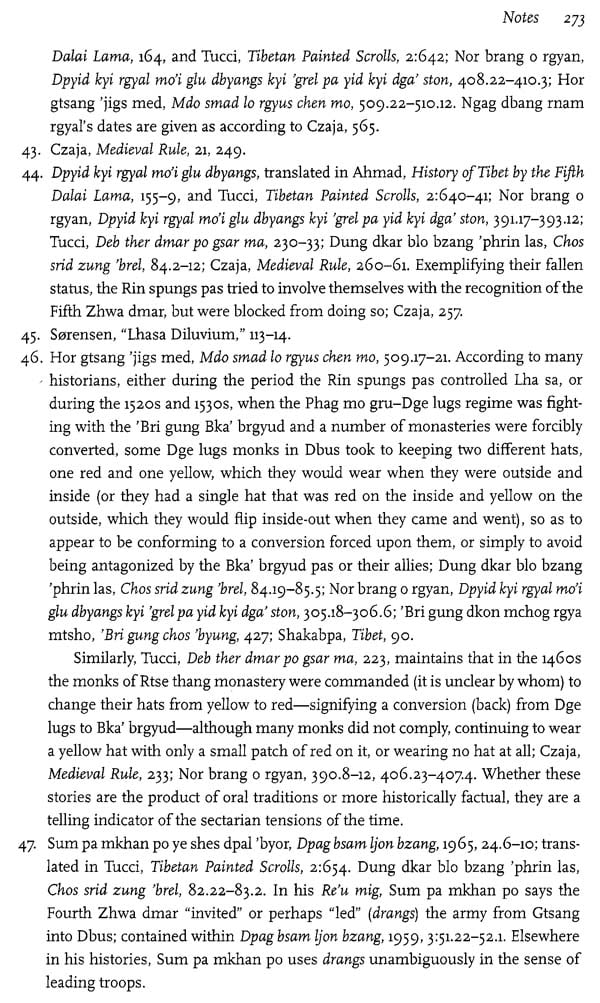