Best Seller
$10.50
Quantity
Ships in 1-3 days
Notify me when this item is available

It is common nowadays to hear it said that the Puranas are very unreliable scriptures and that they indulge in unlimited exaggeration about very many things. These critics say that the Puranas contain gross overstatements and preposterously puerile attempts to cajole or to cow down the reader with citations like the grandiose descriptions of heavenly regions and their joys as also of the awful pictures of hell fires and its torments. To criticise a subject requires very little wit or wisdom. For simple and direct condemnation without caring to consider the pros and cons of a matter is the inborn nature of the human mind. But even to these biased ones a little thoughtful consideration will forthwith reveal that the sagely writers of the Puranas had a special purpose in writing certain thing in the manner they did. They deliberately emphasised and layed particular stress upon some subjects with a definite end in view. Underneath this graphic and detailed descriptions of the Karmas and their consequences there is a shrewd psychology and insight being put to make a practical purpose.

Until and unless Self-realisation is attained, Knowledge-Absolute is gained, there is ever the ebb and flow, the constant see-saw between the animal and the man in every human being. The beast or the brute is never completely absent or overcome except through a final Divinisation of the individual. As long as there is the human, side by side there will be the animal also, now the one having the upper hand, now the other. It is only when the Jiva gets above and beyond both these and gets transformed and established in the third and hitherto dormant aspect of his nature, namely the Divine aspect, that he becomes "Mriga-Nara-Atita." Then onwards there is no more of this tug-of-war between the animal and man natures to gain precedence and dominate over the field of Jiva-consciousness. For now the Divine Kshetrajna Himself reigns supreme over the Kshetra.

Now until this state is attained we find therefore that man is in turn animal and human according to the Vritti that possesses him. He shows himself alternately to be noble and petty. He swings between the sublime and the bathos. His two different aspects react to the external stimuli in their own distinctive manners. And equally likewise only particular modes of external approach succeed in evoking the desired response from these dual aspects in man's consciousness. Thus it is that we find in persons who have evolved themselves to some fair extent and acquired a good measure of Sattva, of refinement, culture and character, the purely gross and degenerate impulses and temptations fail to have effect. They succeed only in exceptional situations when the person unfortunately happens to be in some rare moment of weakness due to a revival of Samskaras. Whereas in gross natures such temptations readily and immediately work havoc, and vice versa, noble impulses immediately influence a fine nature but fail to evoke any response in a gross person of low animal mentality. This has given rise to the proverb in the Marathi language "To the cobbler's deity worship is by shoes," or again the current Tamil saying "Without the cane the monkey will not dance." The same is the case with noble sentiments too, as is amply exemplified by the overcareful psychology applied by the famous Dr. Arnold of Rugby in appealing to the worthier instincts in his boys. No less striking is the historic example of Mark Antony skilfully exercising his persuasive and provocatory eloquence upon his Roman audience, first to evoke compassion by playing subtly upon their human side, and then rousing a frenzy of revengeful violence by inflaming their strong animal passion of anger. 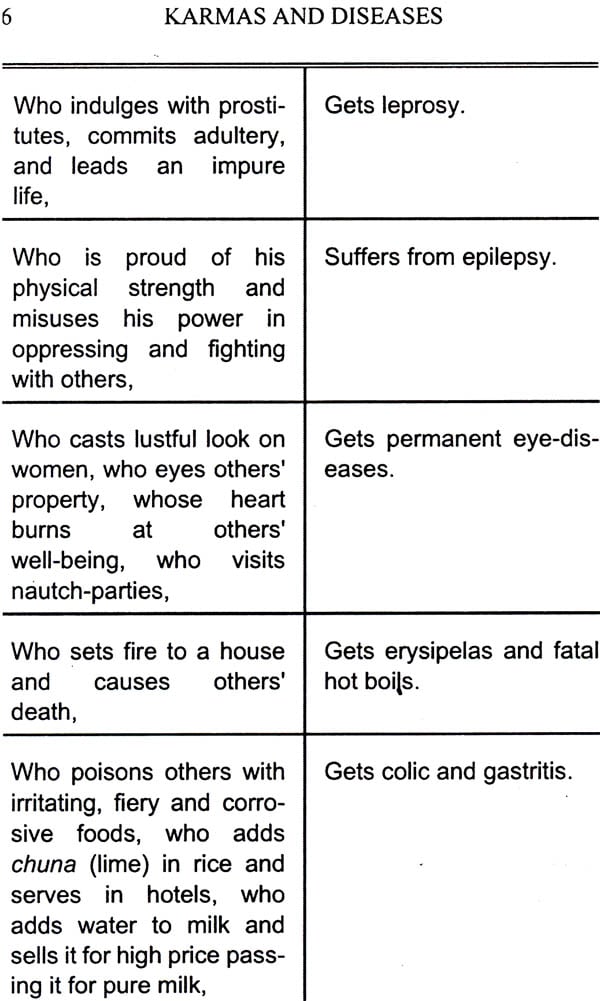 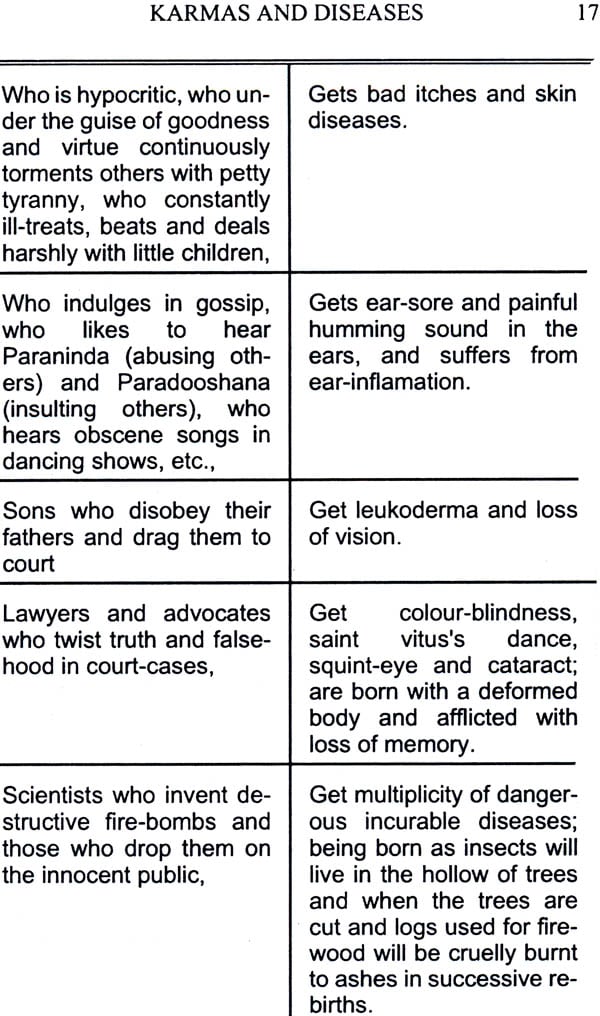 Merits Demerits and Atonement For Demerits: God Realisation Through The Medium of Karma is "Karmayoga"
By Dr. Veerendrasingh+Tawde & Dr. Jayant Balaji Athvale
$12.50 Secrets of Karma (60 Keys That Unlock a Fuller, Richer Life for You)
By T.S.Vijay Raghavan
$21
Out of Stock Insights into the Law of Karma
By Bh. V. Nageswar Rao
$8