The Making of a Guru: Kelucharan Mohapatra His Life and Times

The life story of Kelucharan Mohapatra, one of the main architects of the revival of Odissi dance, is intimately interwoven with important events of the cultural life of Orissa for the last sixty years. It is also the story of the development and recognition of the dance itself.

From the early years of apprenticeship and struggle to the Padma Vibhushan award which he received before his death, Kelucharan’s artistic journey was one of continuous dedication and search for excellence. For him dance was sadhana, teaching his dharma. From his gurus he imbibed the essence, the passion and poetry of Odissi and these secrets he shared with his students. A great dance, a brilliant choreographer, a patient teacher and above all, a fine person, Kelucharan’s wisdom and undemanding simplicity gave him a unique vision and child-like purity.

The Making of a Guru attempts to recreate the story of Kelucharan’s life and achievements and to capture the flavour of the times which saw his genius blossom and his talent radiate, capturing the hearts of hundreds who came under his spell.

Italian by birth, Ileana Citaristi has done her doctoral research on ‘Psychoanalysis and Eastern Mythology’. She came to Indian dance after years of experience in the traditional as well as experimental theatre of Europe.

Ileana, who was the disciple of Guru Kelucharan Mohapatra, has been living in Orissa, India, since 1979 in close contact with the Oriya people, their language and culture.

She is the author of three books, The Making of a Guru: Kelucharan Mohapatra: His Life and Times (2001); Traditional Martial Practices in Orissa (2012); and My Journey: A Tale of Two Births (2015).

This BOOK is a homage to the creative genius of Guru Kelucharan Mohapatra. As one of the hundreds whose life has been touched and transformed by this great guru, I wish to express my gratitude through this humble and certainly inadequate effort.

The story of his artistic experience touches all the salient aspects of the cultural life of Orissa in the last 60 years, and is the story of the growth of Odissi and its recognition as a classical dance form.

From the traditional expertize of the chitrakaras, through the entertaining art forms of the Gotipua and Jatra parties, the bhakti oriented Ras Leela performances and the innovative attempts of the Annapurna Theatre Groups, Kelucharan’s artistic journey is a continuous and dedicated search for excellence. In the course of the journey he has learnt from his rich and .varied experience and grown in stature.

His attitude towards the world, his dance, his style of teaching and his playing on the pakhawaj all share a quality of ‘vivid reality’, something which has been acquired not through formal learning but through a continuous interaction with life.

For him, building a brick wall, constructing a roof or composing a delicate dance piece for Jayadeva’s lyrics are all actions permeated by the same degree of intensity and artistry. His life represents an unending creative process unfolding itself in the creativity of nature. 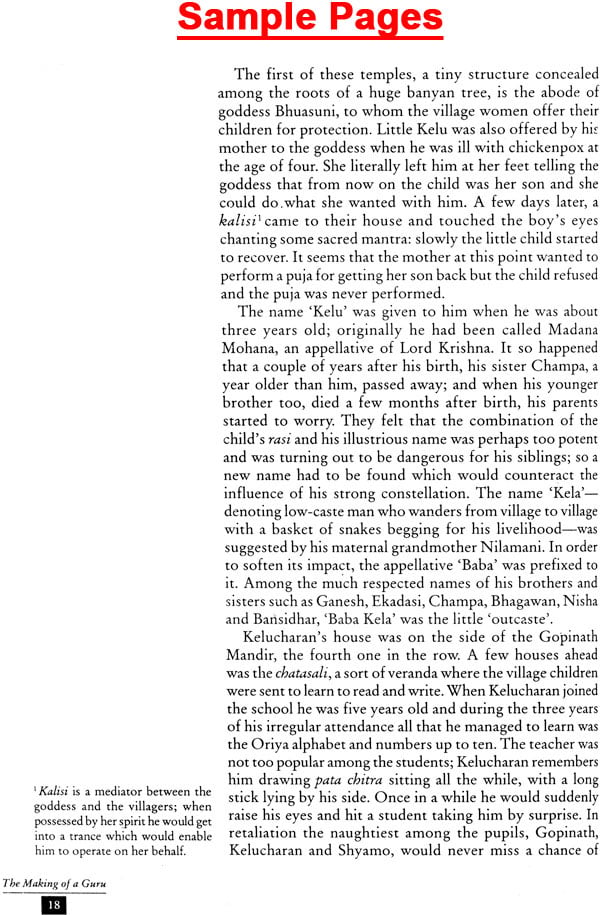 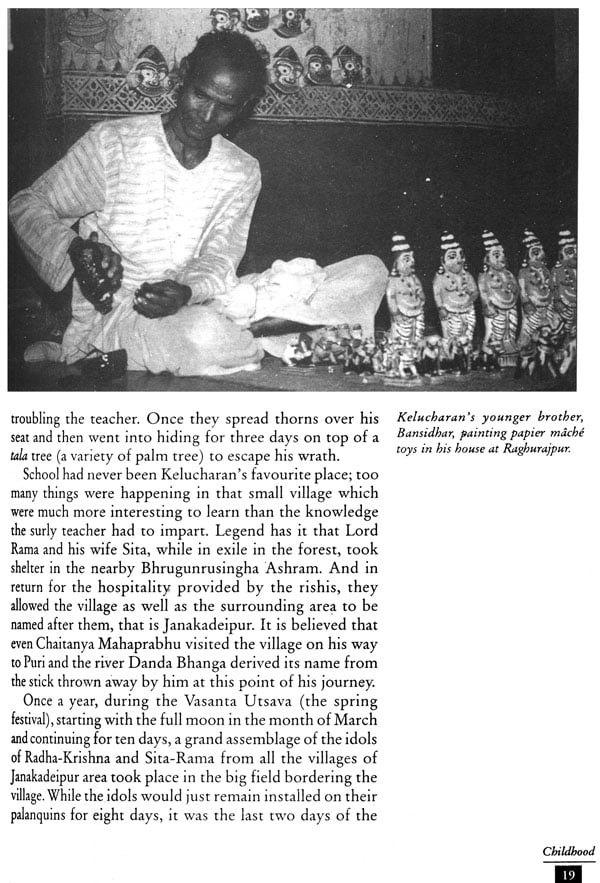 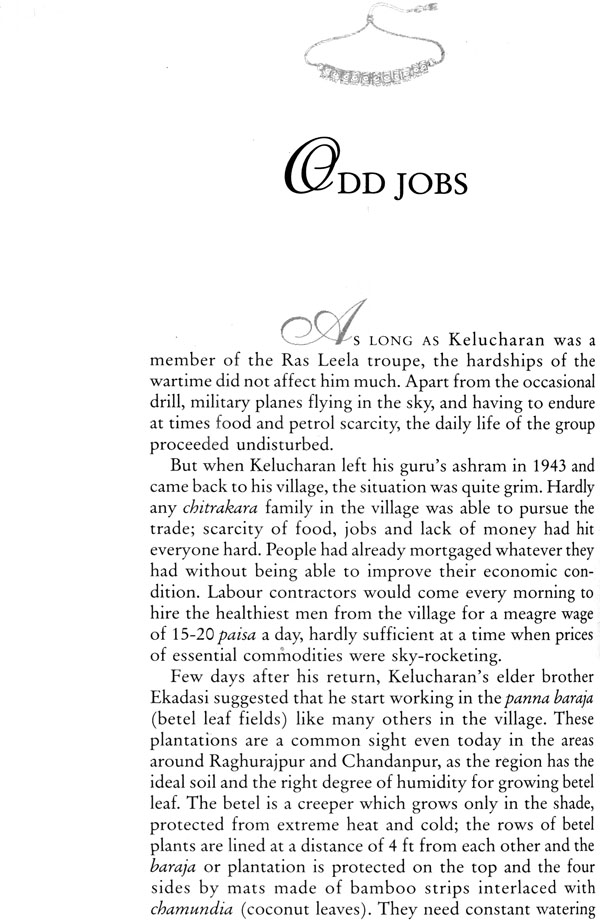 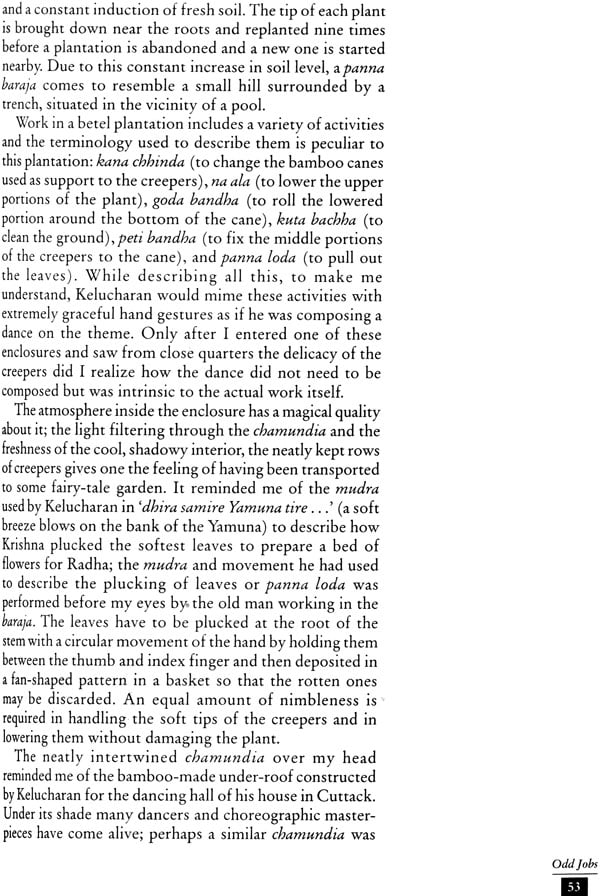 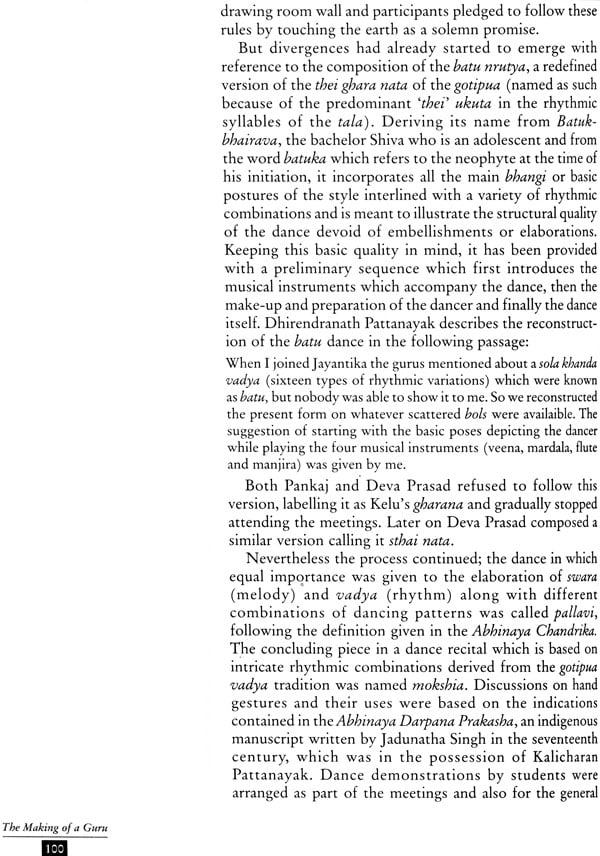 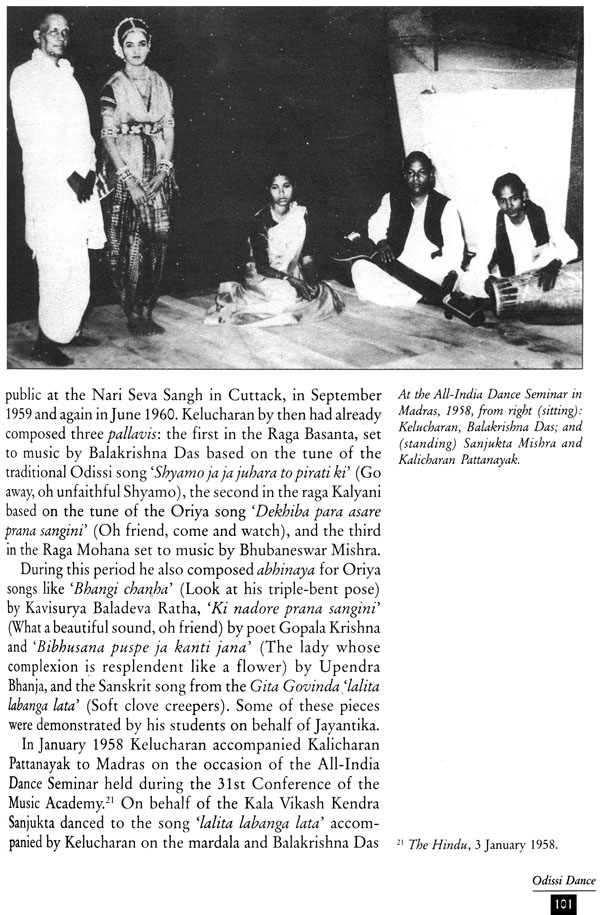 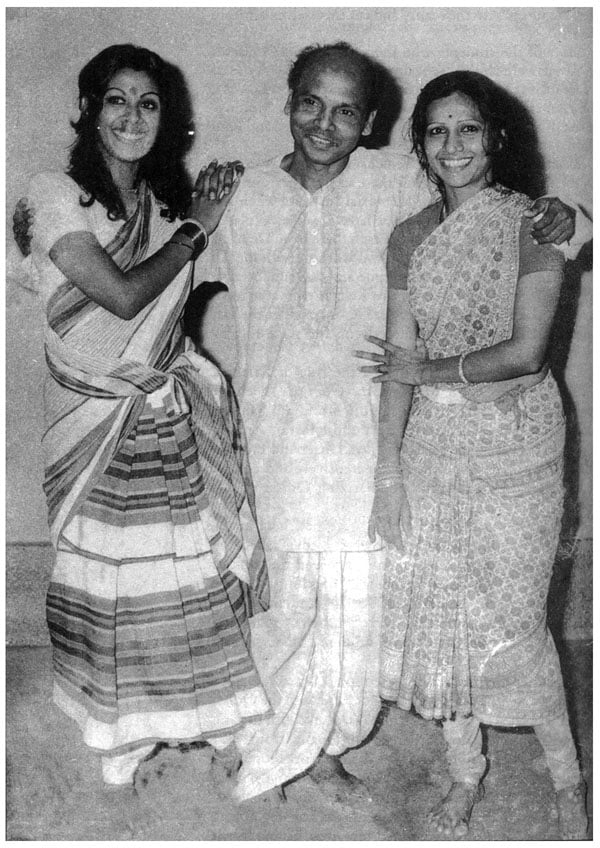 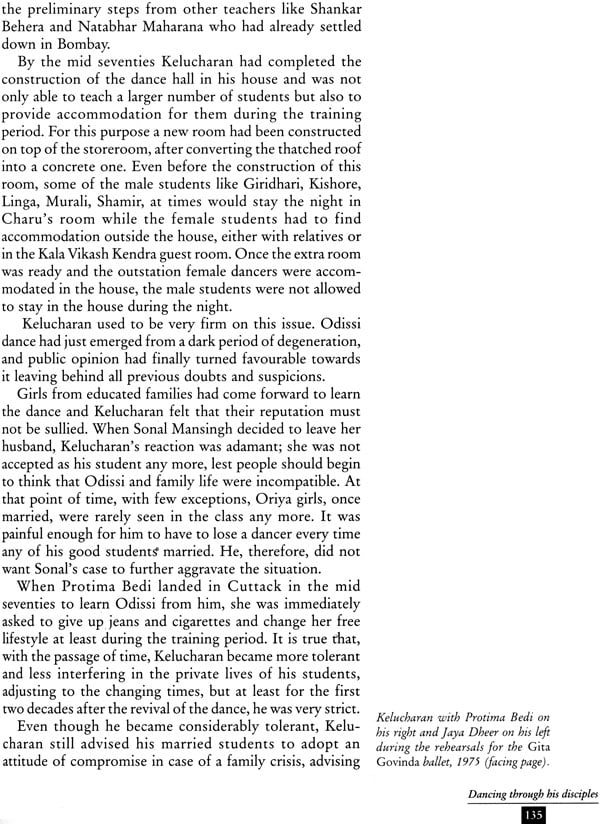 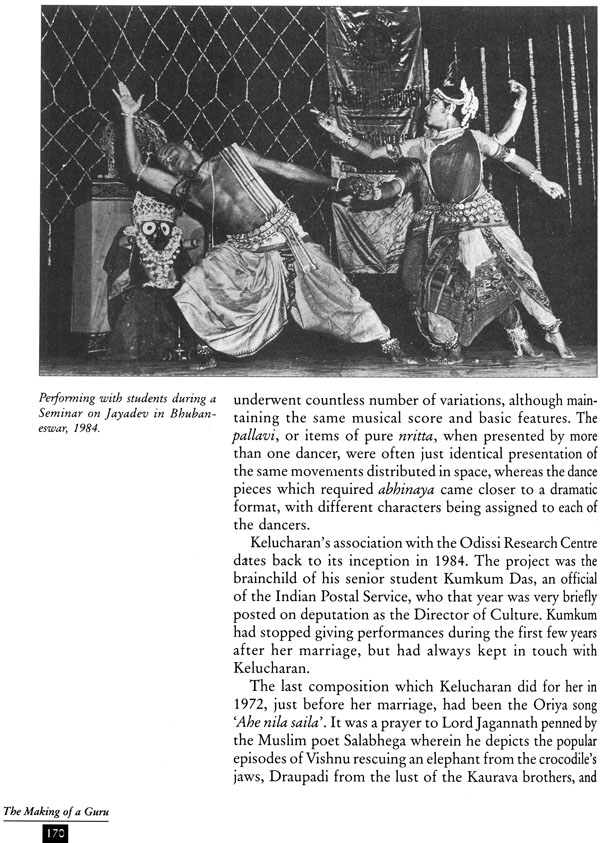 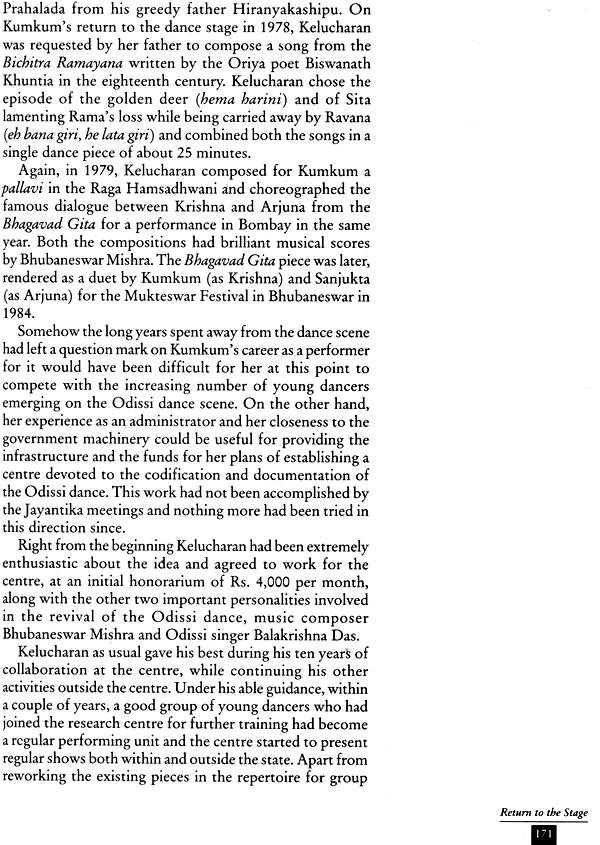 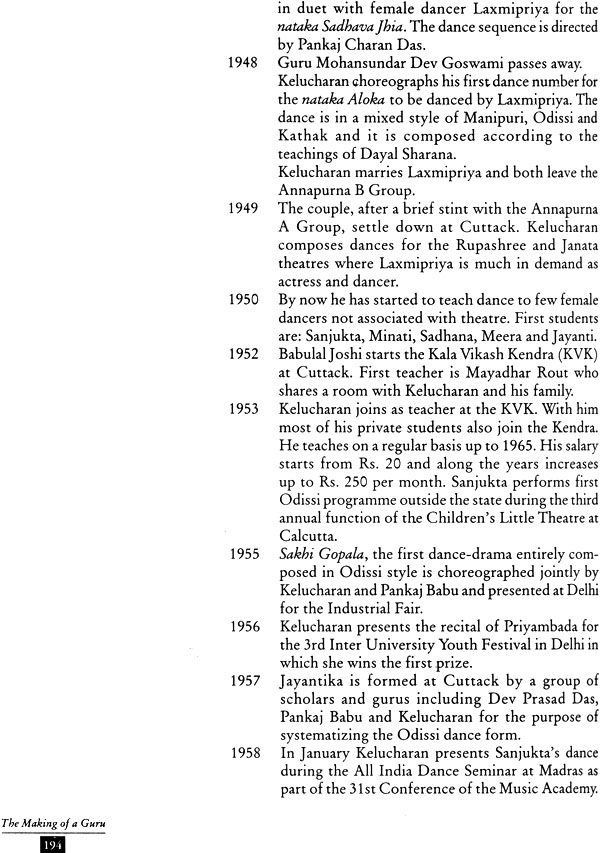 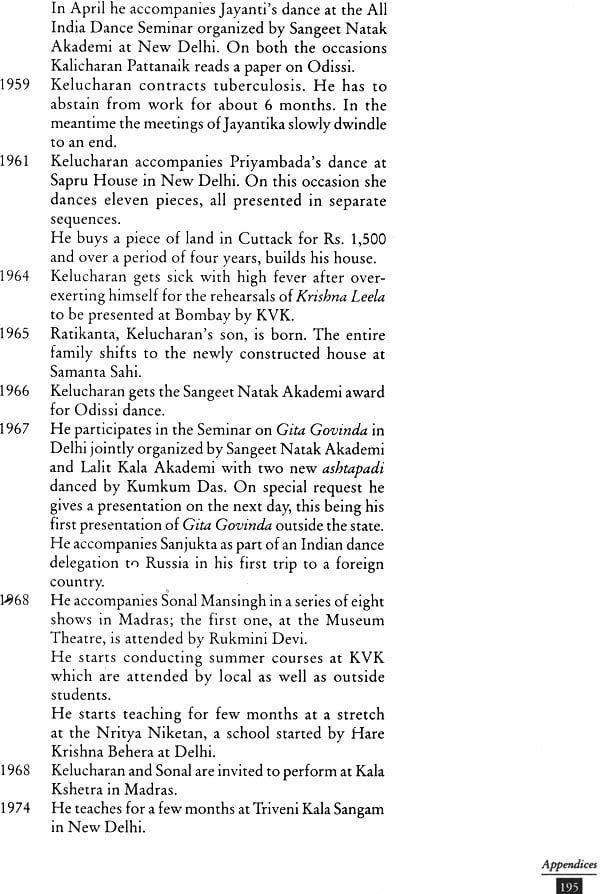 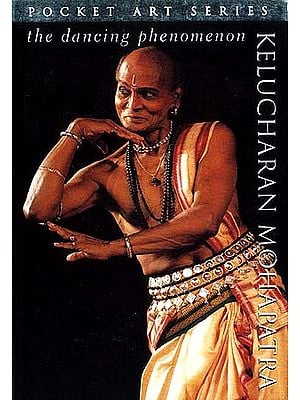 Bharatanatyam: How to? (A Step-by-Step Approach to Learn the Classical Dance form)
By Jayalakshmi Eshwar
$89
FREE Delivery
Best Seller 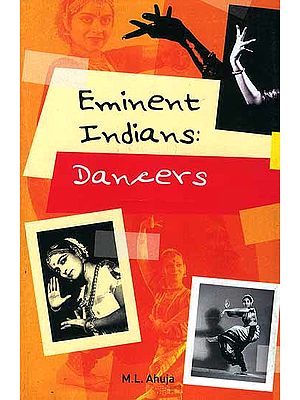