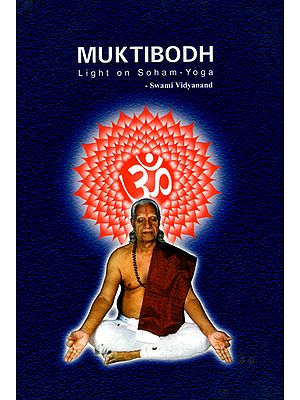 $28.00
Notify me when this item is available
Save to Wishlist Send as E-card Share by Email
About The Book

The writer of this text already enjoys the status of a Preceptor for many. It is most likely that the readers of this book will be first a spiritual-practitioner and then a reader. This book is not of the kind that anybody can read at any time. It is not a masterly work of artistry created for popularity. What has been put into words in it 1s the pure experience of a Siddha, an accomplished person.

The path of So’ham is beginningless. The Nathas endeavoured to throw light on it through their charming sport, for the sake of common men. St. Nivritti Nath gave it the richness of science. St. Gyanadev enriched it with devotion.

| The So’ham sect, already made rich with streams of thoughts of discrimination, dispassion, devotion and wisdom, was firmly established again by that holy-soul of Pawas. Vidyanandaji is standing in the same path. Vidyananda is made up of two words Vidya and Ananda, which stand for Knowledge and Bliss; but it should be said that knowledge is in his very name and bliss is in his life. As far as this book of his is concerned, it is of the ultimate divine form Sat-Chit-Anand (Truth-Wisdom-Bliss.) Books on such subjects can be of two kinds; 1) of the descriptive nature written for the sake of spreading a canopy for one’s lineage, and 2) of discreet and analytical type written with a purpose of augmentation of the lineage, being always vigilant towards that purpose. This book must be included in the second category.

Swami Vidyanandji (old name Damodar Keshav Pande), the auther of this book, was born on the auspicious day of Kojagiri Poornima in the year 1924 in Amravati District of Maharashtra. His life is replete with Divine expe- riences right from his birth. He however had setbacks in his prime youth when forced by poverty and extreme hardships he had to drop out of college. Then he went searching for a job only to meet failures. He was driven to the point of committing suicide when God decided to test him no more. He gota job in unbelievable circumstances in Defence Account dept. in Jabalpur. There on- wards he could have become financially comfortable. But he believed in help- ing everybody — friends, relatives all — without linking it to his income. Aai Saheb (old name Shakuntala) then came into his life as his life partner. Swamiji helped himself, his better half, his brothers and sisters in education and mar- riage. In course of time, appearing as an external student, he acquired his double M.A. He suffered from poverty all through his career. His second son Devendra was gripped by major illness adding to their misery. Swamijihadto | pay a big price but it did become a turning point in his life. He then resorted to varied austerities with all-seriousness. Then he became thirsty for higher wis- dom and Spirituality. But here also frustration was in store for him. The so- called Saintly persons that he met turned out to be of mean mentality and were very limited in their approach. Then ended the testin g time and he was guided to Swami Swaroopanand of Pawas in whom he found his Guru to his highest satisfaction. Swami Swaroopanand initiated him in the discipline of "So’ham" —"T’m That". Swamiji’s lineage happens to be Natha Pantha, the path that was illuminated by the greats like Adinath, Machchhindranath, Gorakshanath, Gahininath, Nivruttinath, Dnyaneshwar, ............. : Ganeshnath and Swaroopanand.

In course of time, as prompted by the Divine, Swamiji himself became a Swami, received the Spiritual name of Vidyananda and got empowered to initiate his devotees. He progressed rapidly in his Spiritual path. As com- ‘manded by his Guru, Swamiji took the path of Sri Aurobindo seriously and crossed one stage after another. As suggested by Sri Aurobindo himself in his vision, he did penance in seclusion for hi gher Spiritual realization.

He got inspiration to write on various aspects of Spiritualism both in prose and poetry. More than twenty of his books have already been pub- lished. From his literary ocean have sprung forth his Spiritual Himalayas hold- ing a great promise for great seekers for many many years to come. He has written on varied aspects of Spiritualism and his own So’ham path. As is true with most of the other great Saints, Swamiji’s works give areal insight into his life, teachings and capabilities. 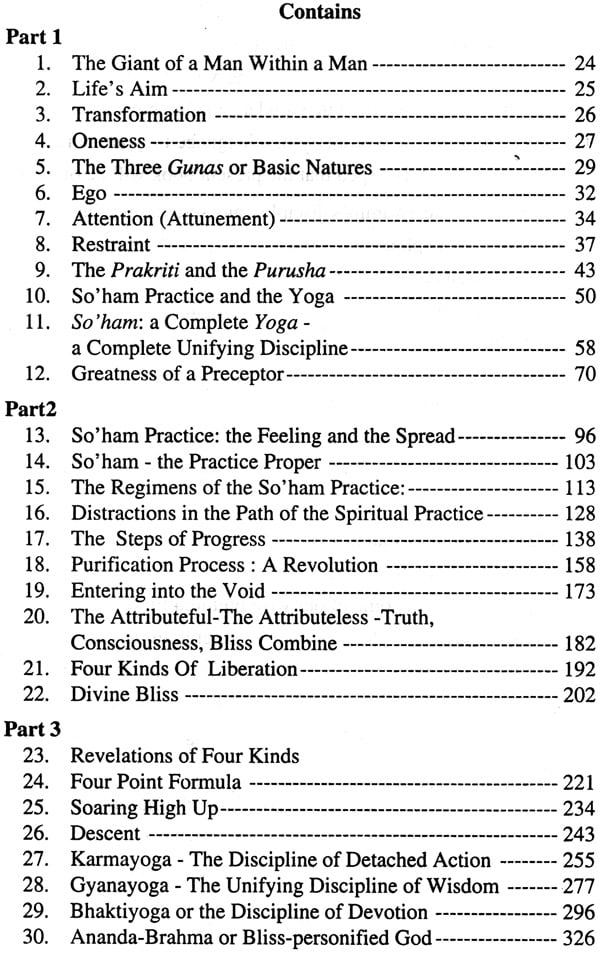 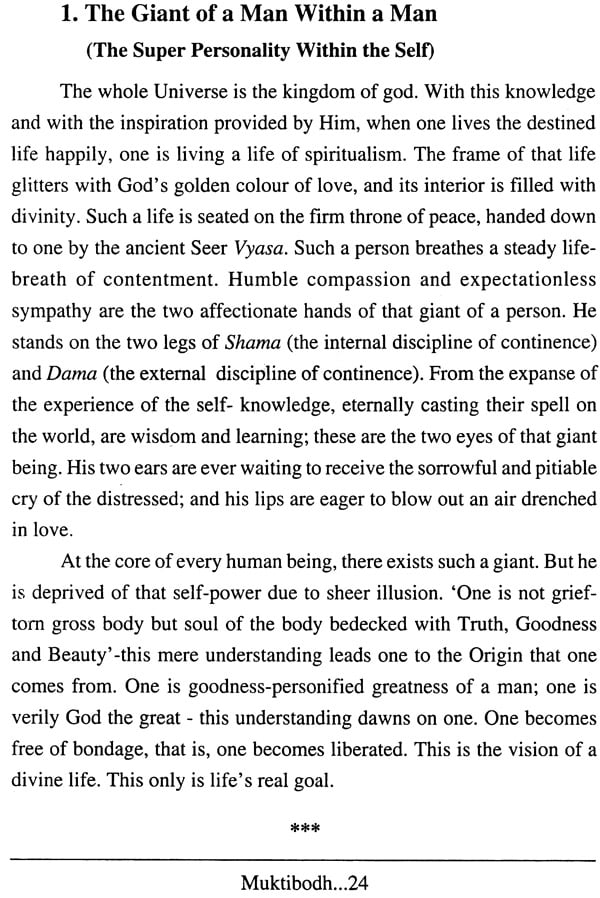 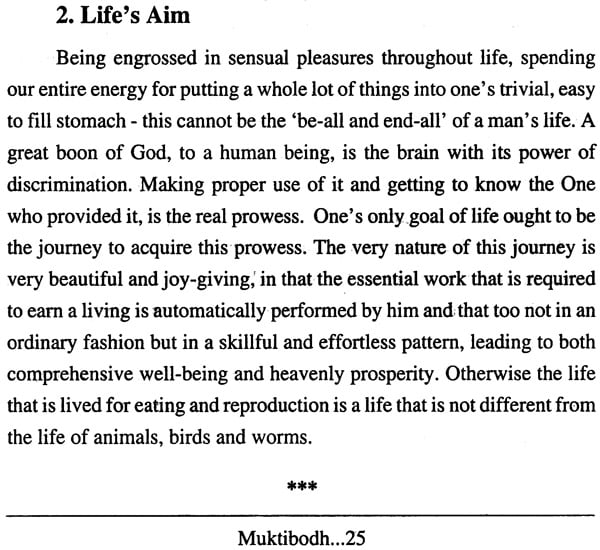 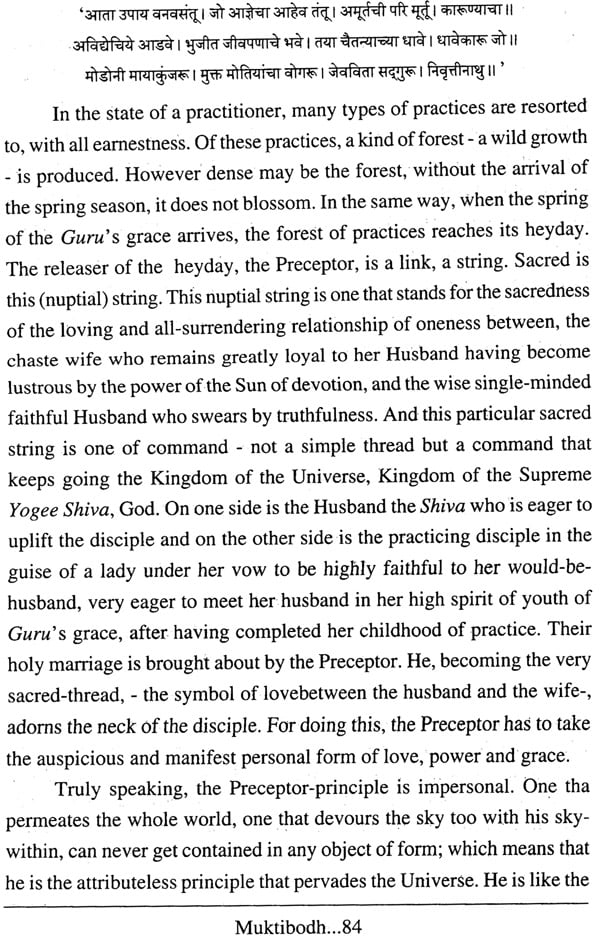 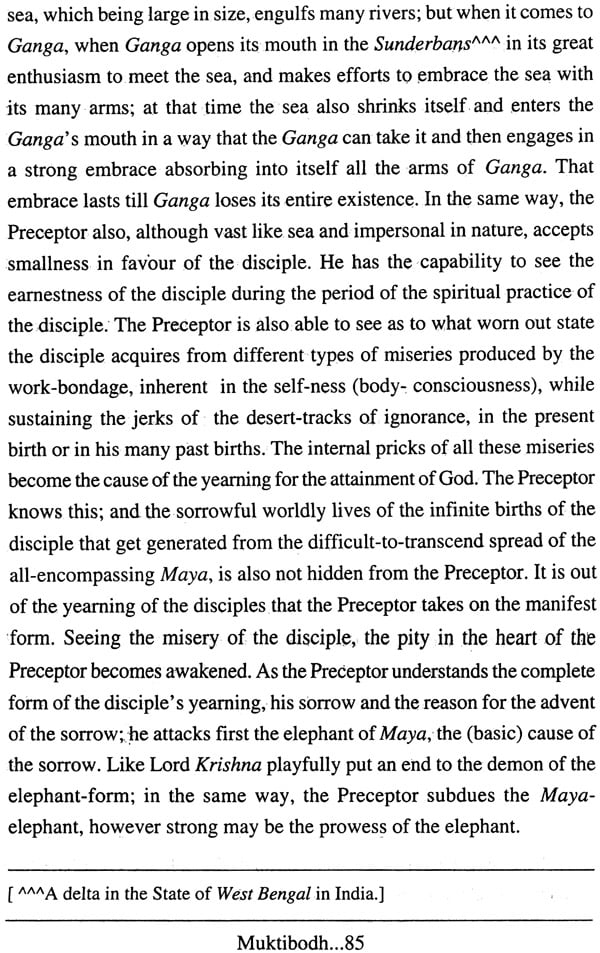 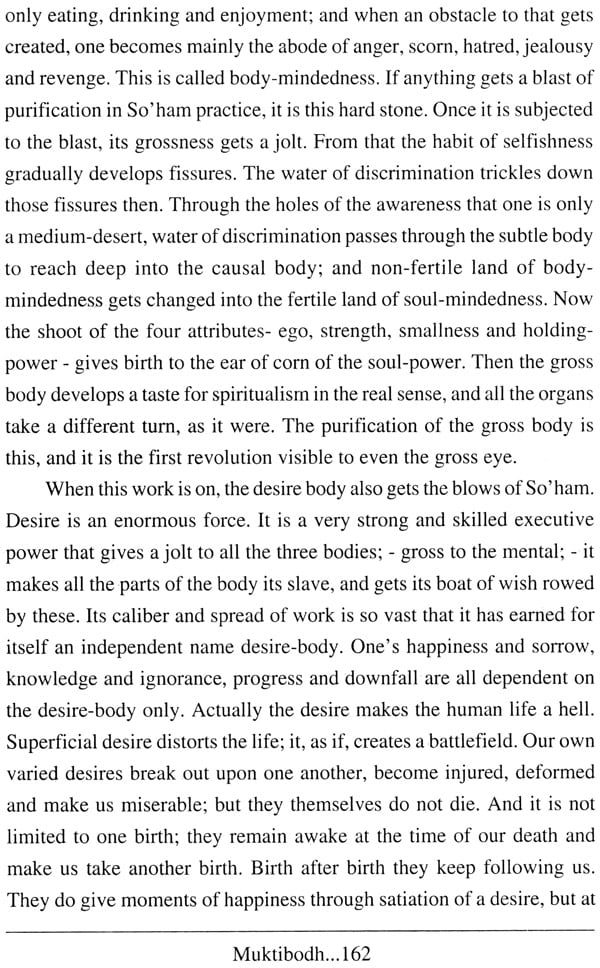 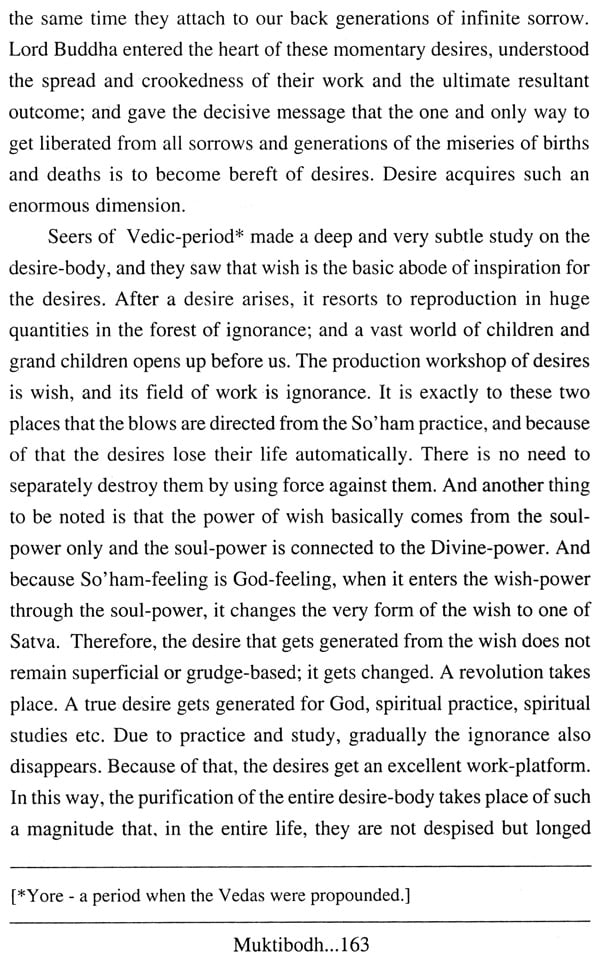 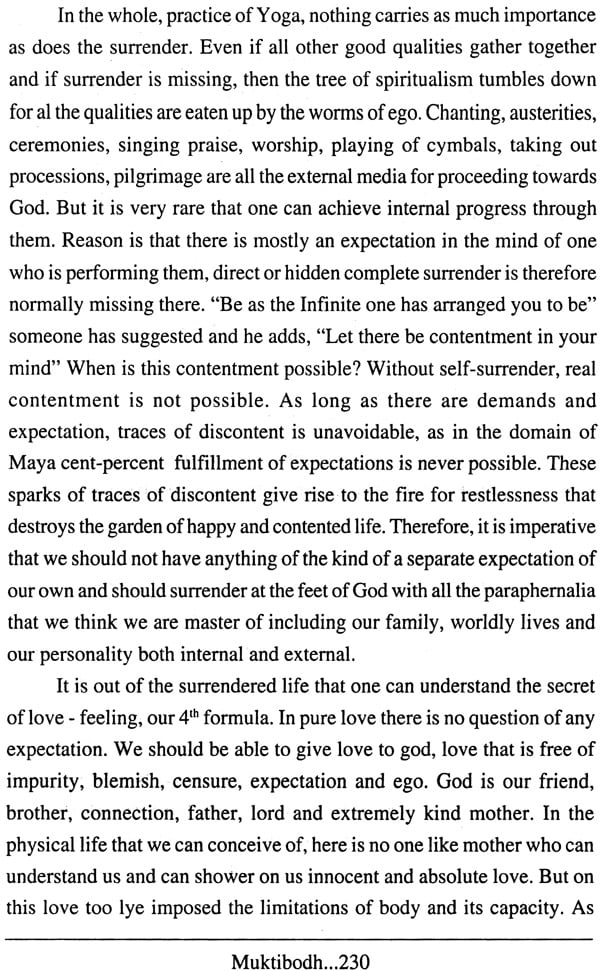 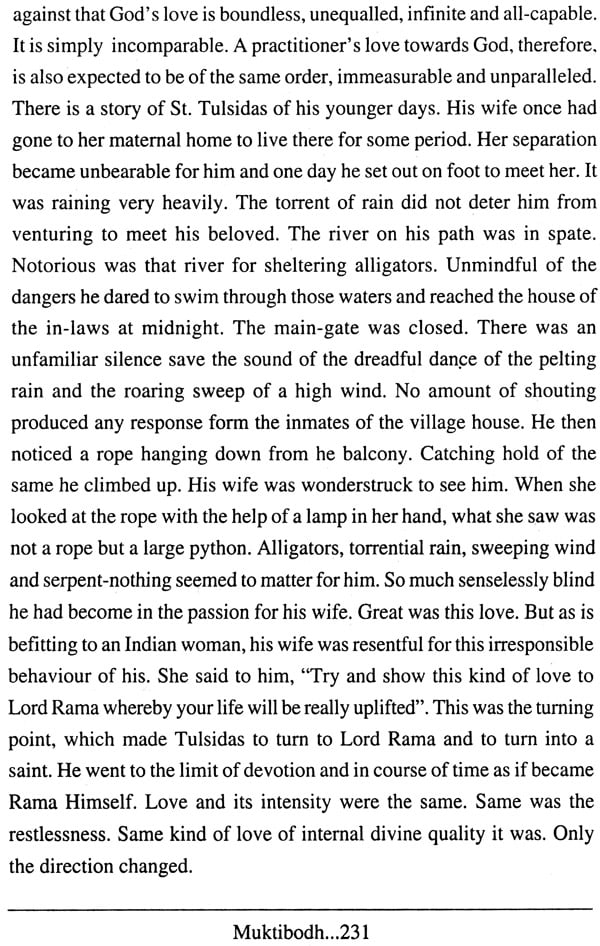 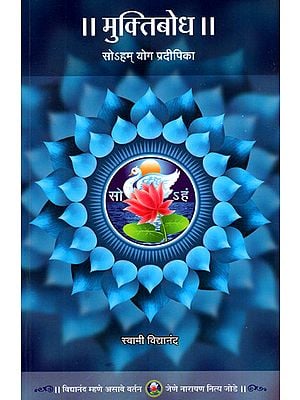 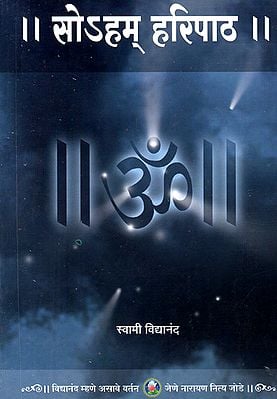 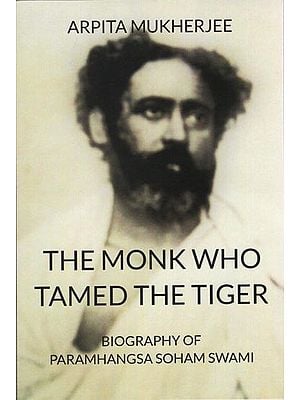 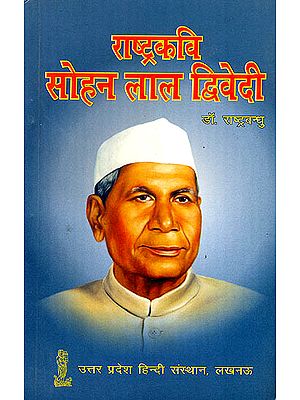 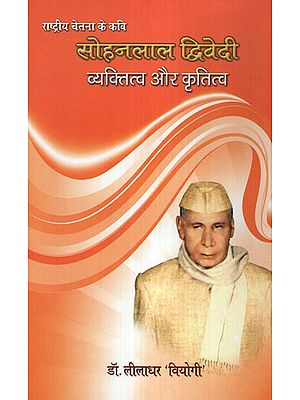 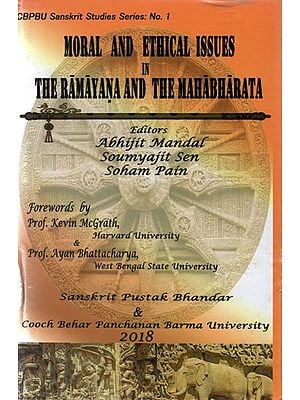 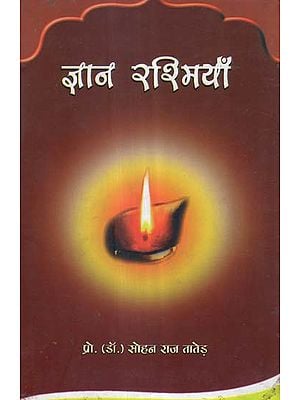 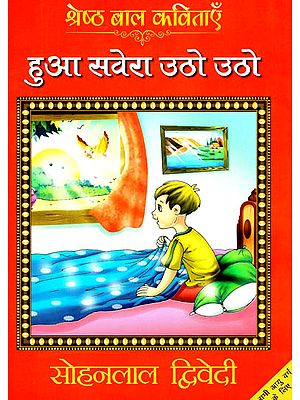 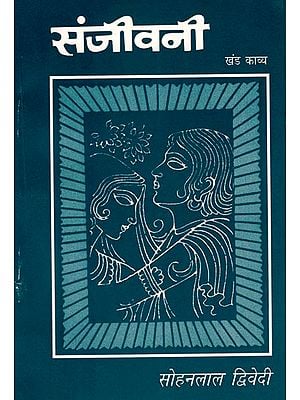 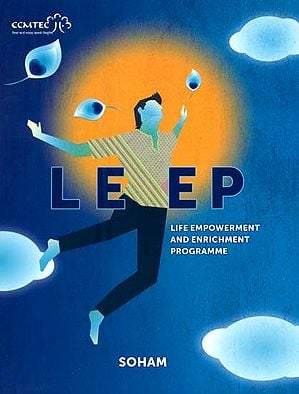 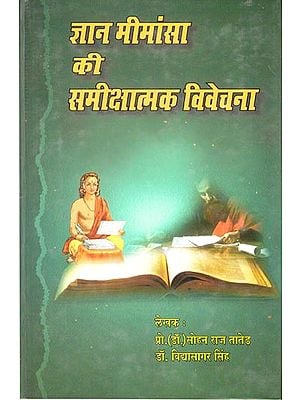 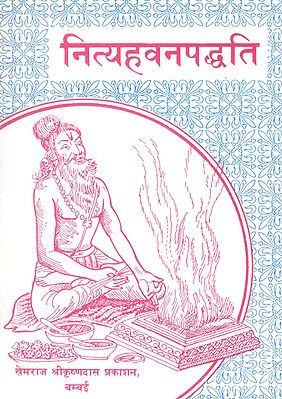 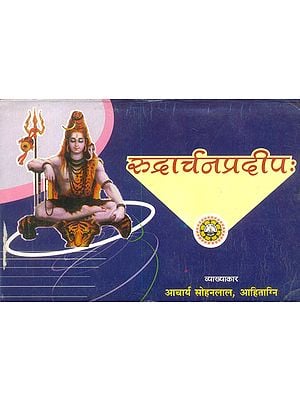