Portrait Kerala: Discover the Soul of God's Own Country

Idyllic backwaters, lush coconut groves, pristine beaches, verdant plantations, mist-enveloped hills and luxuriant forests have admirers waxing eloquent about Kerala. But this enchanting state offers so much more. Look beyond its exquisite beauty, and you’ll find a character shaped by a long and chequered history; a people enriched by the influence of foreign lands and diverse faiths; and a vibrant culture quite unlike any other in its customs and rituals.

Portrait Kerala unveils the state in all its glory — its unmatched natural beauty and fascinating history, its distinctive people and unique traditions, its colourful arts and vibrant festivals and its unrivalled array of cuisines. Revel in over 250 sumptuous photographs. Read about every facet of the state. And taste some of the magic that is Kerala.

With an Introduction by Shashi Tharoor

“Kerala’s ethos is a reflection of the Malayali miracle: a state that has practised openness and tolerance from time immemorial; which has made religious and ethnic diversity a part of its daily life rather than a source of division; which has overcome caste discrimination and class oppression through education, land reforms and political democracy; which has honoured its women and enabled them to lead productive, fulfilling and empowered lives.”

Ensconced in the south-west corner of India, Kerala enjoys all the blessings of nature— a long coastline, rugged mountains, serpentine rivers, sparkling waterfalls, dense forests, serene backwaters, lush plains, a copious monsoon and plenty of sunshine. Its history is painted in the brushstrokes of myriad cultures. Its society is interwoven with the threads of many faiths. Its people are rooted in ritual and tradition while being among the foremost in the world in development indices such as the male to female ratio, literacy, life expectancy and quality of life.

Kerala has attracted people from all over the world since the time merchants sailed to its shores drawn by the promise of a rich spice trade. Today, it is one of the fastest-growing tourism destinations in the world. Travellers come here, drawn by its unmatched natural beauty, its rich culture, its Ayurvedic treatments and its fabulous resorts.

Portrait Kerala goes behind the visage to present the real Kerala. The shapes and contours of its exquisite land. The essence of its diverse people. The spirituality that courses through the veins of daily life. The evolution of its performing arts. The science behind alternative medicine. The exotic flavours of its cuisine. The very soul of the state.

After degrees in engineering and business management, Aruna Nambiar worked in an international bank for five years, before eventually turning a passion for writing into a vocation. Her travelogues have been published in the collection, the itinerant Indian, her fiction in the anthology, Curtains, and flash fiction in the book Winners. She has also written for The Times of India. The Economic Times. Deccan Herald. Indian Express and India Today Travel Plus and edited several books, including the second edition of Stark World— Ban galore & Karnataka, the travel collection. The Itinerant Indian and the children’s volume. Ganesha Ancient Tales for Modem fines. While Aruna was born in Kozhikode, she has lived outside Kerala ever since. But the hypnotic pull of her homeland is ceaseless, and she returns frequently, filled with the wondrous curiosity of a tourist but enveloped in the deep-rooted. ineradicable sense of belonging of the native.

Saibal Das’ illustrious 20-year career in photography began when he joined The Telegraph as a stringer photographer. After joining India Today as a staff photographer, he covered important socio-political events in the East and Northeast, as well as in Nepal, Bangladesh and Bhutan. After a stint in the New Delhi office, during which he was awarded The Media Fellowship by the National Foundation of India. Saibal shifted to Bangalore in a new role with the magazine Outlook. Since then, he has travelled to Kerala several times on assignment. However, Saibal’s first brush with the state had been in 1996. When he had holidayed there with his Malayali wife. His photographs of Pulikali taken during this trip were awarded the first prize in the Humanitarian Photo Award In Beijing. Now working independently, Saibal has spent months together in Kerala for Stark World, covering different subjects, from festivals to food.

In many ways, my sense of being Malayali is tied up with my sense of being Indian. I grew up in an India where my sense of nationhood lay in a simple insight: the singular thing about India was that you could only speak of it in the plural. The same is true of Kerala. Everything exists in countless variants. There is no uniform standard. no fixed stereotype, no one way of doing things. This pluralism emerges from the very nature of the place: for both Kerala and India as a whole, it is made inevitable by geography and reaffirmed by history.

So I celebrate my own Indianness through my Kerala roots. There is an old verse of the poet Vallathol’s which my late father loved to recite:

It is, in some ways, an odd sentiment for a Malayali poet, for Keralites are not a chauvinistic people: the Keralite liberality and adaptiveness, such great assets in facilitating Malayali emigration and good citizenship anywhere, can serve to slacken, if not cut, the cords that bind expatriate Keralites to their cultural assumptions. And yet Vallathol was not off the mark, for Keralites tend to take pride in their collective identity as Malayalis; our religion, our caste, our region, come later, if at all. There is no paradox in asserting that these are qualities that help make Malayalis good Indians in a plural society.

You cannot put better ingredients into the national melting pot. The fundamental fact about Kerala is its openness to external influences. These have been many and varied: Arab, Roman, Chinese, British and, for that matter, Islamist, Christian and Marxist influences have gone into the making of the Malayali people. More than two millennia ago. Keralites had trade relations not just with other parts of India but with the Arab world, with the Phoenicians and with the Roman Empire. From those days on. Malayalis have had an open and welcoming attitude to the rest of humanity. Jews fleeing Roman persecution found refuge in Kerala, and they knew no hostility let alone persecution, until the Portuguese arrived from Europe 1.500 years later. Then, fleeing the Portuguese, the Jews settled in Cochin, where they built a magnificent synagogue that still stands.

The Christians of Kerala belong to the oldest Christian community in the world outside the Middle East, converted by Jesus’ disciple Saint Thomas (the Doubting Thomas’ of Biblical legend), one of the 12 apostles, who came to the state in 52 AD and, so legend has it, was welcomed on land by a flute playing Jewish girl. So Kerala’s Christian traditions are much older than those of Europe. Islam came to Kerala not by the sword, as it was to do elsewhere in India, but through traders, travellers and missionaries, who brought its message of equality and brotherhood to the coastal people. Not only was this new faith peacefully embraced, but it found encouragement in attitudes and episodes without parallel elsewhere in the non Islamic world: in one example, the all- powerful Zamorin of Calicut asked each fisherman’s family in his domain to bring up one son as a Muslim, for service in his Muslim-run navy, commanded by sailors of Arab descent, the Kunjali Maraicars.

In turn, Malayalis brought their questing spirit to the world. The great Advaita philosopher, Sankaracharya, was a Malayali who travelled throughout the length and breadth of India on foot in the eighth century, laying the foundations for a reformed and revived Hinduism. To this day, there is a temple in the Himalayas whose priests are Namboodiris from Kerala.

One sometimes wishes other Indians would in this sense, be more Malayali. Kerala’s ethos is a reflection of what I have earlier called the Malayali miracle: a state that has practised openness and tolerance from time immemorial: which has made religious and ethnic diversity a part of its daily life rather than a source of division; which has overcome caste discrimination and class oppression through education, land reforms and political democracy; which has honoured its women and enabled them to lead productive, fulfilling and empowered lives.

But that is not all; there are other elements we must consider. Kerala’s working men and women enjoy greater rights and a higher minimum wage than anywhere else in India. Kerala was the first place on earth to democratically elect a communist government, remove it from office, re-elect it, vote the communists out and bring them back again. When the Italian political system saw the emergence of a communist party willing to play by the rules of liberal democracy, the world spoke of Euro- communism, but Kerala had already achieved Indo-communism much earlier, subordinating the party of proletarian revolution to the ethos of political pluralism. Malayalis are highly politically aware: when other Indian states were electing film stars to Parliament or as chief ministers, a film star tried his political luck in Kerala and lost his security deposit.

Kerala is a microcosm of every religion known to the country; its population is divided into almost equal fourths of Christians. Muslims, caste Hindus and Scheduled Castes each of whom is economically and politically powerful. Kerala’s outcastes (one group of whom, the Pariahs, gave the English language a term for their collective condition) suffered discrimination every bit as vicious and iniquitous as in the rest of India. But overcame their plight far more successfully than their countrymen elsewhere.

A combination of enlightened rule by far-thinking Maharajas, progressive reform movements within the Hindu tradition (especially that of the remarkable Ezhava sage Sree Narayana Guru), and changes wrought by a series of left-dominated legislatures since Independence have given Kerala’s Scheduled Castes a place in society that other Dalits across India are still denied. It is no accident that the first Dalit to become President of India was Kerala’s KR Narayanan. Who was born in a thatched hut with no running water, who as a young man suffered the indignities and oppression that were the lot of his people, but who seized on the opportunities that our country provided him to rise above them and ascend, through a brilliant diplomatic and governmental career to the highest office in the land.

Keralites see the best guarantee of their own security and prosperity in the survival and success of a pluralist India. The Malayali ethos is the same as the best of the Indian ethos; inclusionist, flexible, eclectic, absorptive. Kerala has shown the way: may the rest of India follow. 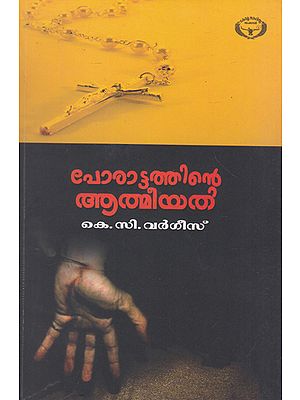 Porattathinte Athmeeyatha (A Study Based on the History of Kerala Christians in Malayalam)
By K. C. Vargheese
$27
FREE Delivery 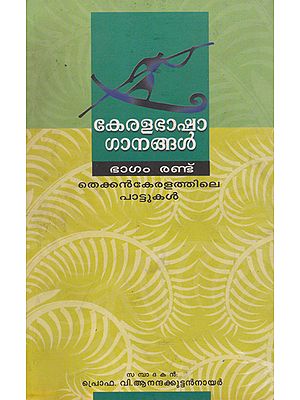 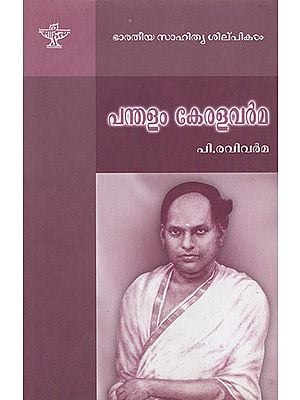 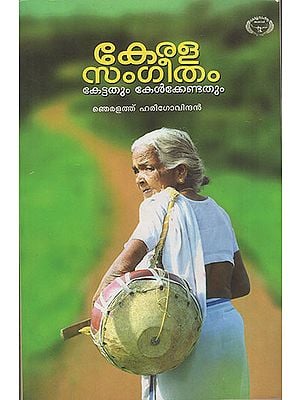 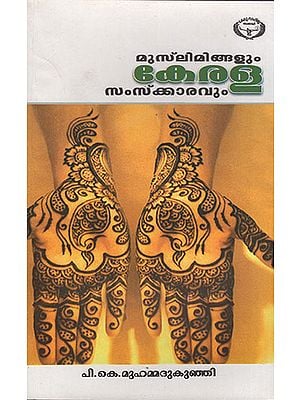 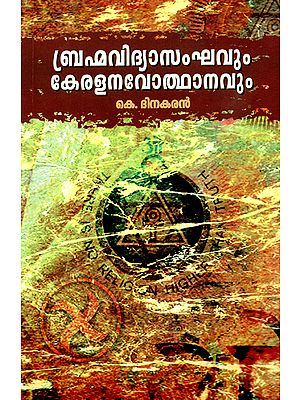 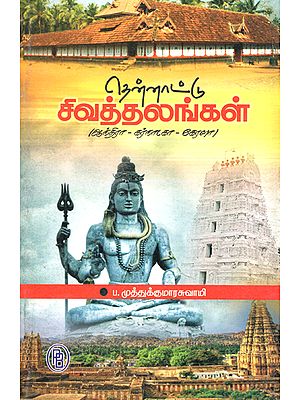 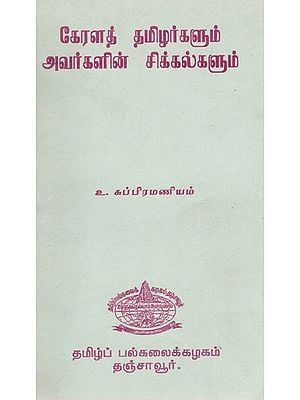 Tamilians and Their Problems in Kerala (An Old and Rare Book in Tamil)
By C. Subramanian
$18 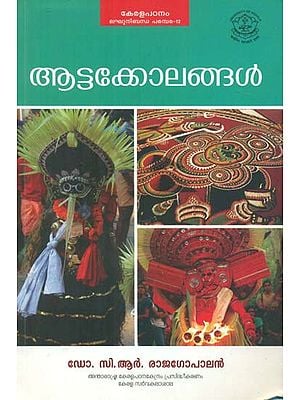 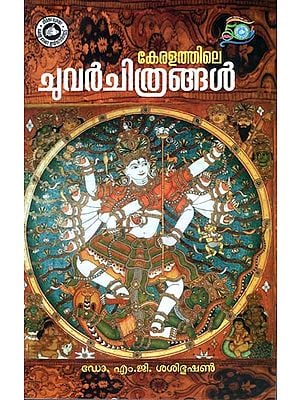 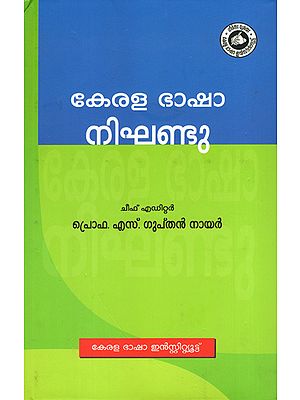 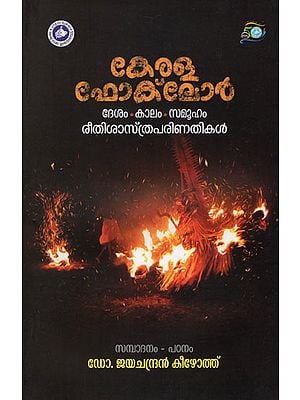 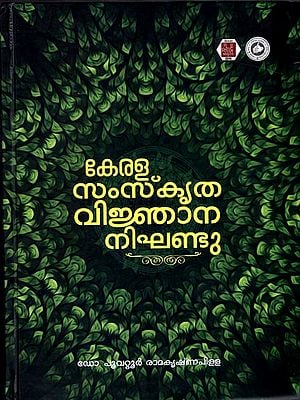 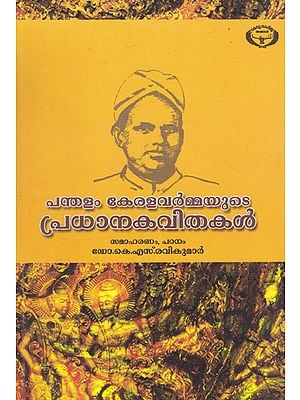 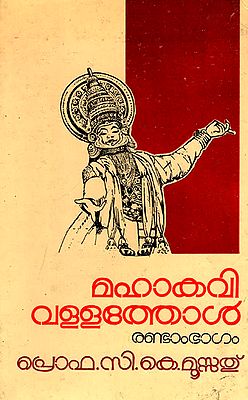