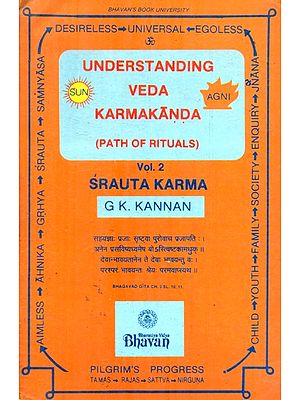 FREE Delivery
$27
Quantity
Ships in 1-3 days
Notify me when this item is available
About the Author
Born in Tiruchirpalli on 24th September 1926. G. K. Kannan joined Railways Time 19:45. He served in various capacities till 1981 and voluntarily retired as Assistant Signal & Telecommunication Engineer. Mysore. During the service. he was a member of Railway Engineers Territorial Army. Consequently he had occasion to enter Bangladesh (Slyest Sector) during the 1971 Indo-Pak conflict. This personal experience of the tragedy of war had its own effect'. After retirement. he went on an extensive pilgrimage of India. including Himalayan trekking to visit temples situated in high altitude remote comers. He was also associated with social services work in the cause of handicapped children, children, whose parents are life-convicts and leprosy patients.

etc. at Sri Perumbudur and Tenkasi.

Due to done grace. he had the opportunity. right from a young age. to come into direct contact with great Mahatmas and have their blessings in various forms. like personal conversations Rule panels Era participation in Ratha Yatras honorary service as Administrative Manager Touch Sight Lectures. etc.

The Paramaearya of Kanchi Kamakoti Peetam, Sathya Sat Baba, Ramana Maharshi. Chinmayananda, SivAnanda Sarasvatt, Yet Ram Surat Kumar are notable among them. The writings of J. Krishnamurtt, Rajneesh. Sri. Ramakrshna Paramahamsa, and Vivekananda, Subramanian Bharata' had their die in molding the writer.

Foreword
Shri G.K." Karman, now 73 old, had served in various capacities as an engineer till 1981. After retirement he went on an extensive pilgrimage. He had an opportunity right from his young age to come into contact with Mahatmas and great religious personalities like the Kanchi Paramacharya, Ramana Maharshi. Chinmayananda, Srvananda Sarasvati and many others. Similarly the writings of Krishmamurtt. Rajneesh, Sri Ramakrishna Paramahansa, Vivekananda. Subramanian Bharata and others had also their own effect in molding his life. For understanding the meaning of various Hindu rituals, he was deeply Lane debated to the teaching of Kanchi Paramacharya in particular. During 1996 and 1997 he personally attended various Vaidikayaritas in Tamil Nadu, Andhra Pradesh, particularly in rural areas and collected valuable information from the presiding priests themselves.

Cita says that by pleasing Devas through yatras, they in turn nourish the mankind through rain, food etc. Mankind is advised not to break this cycle.

In Hinduism, there are 40 samaskaram-as (purificatory rites). They are divided into three groups:

c) Srauta Karmas i.e. Hariyali as and Somayakriti as.

Ahnika Karmas and Grahya Karmas have been dealt with by the present author in Vol. I published by the Bharatiya Vidya Bhavan in 1997 under the title "Under- standing Veda Karma Kanda Vol. I Grihya Karma".

The present volume by the same author, Shri G.K. Kannan, deals with Srauta Yajnas. The book is divided into four sections a) Basics of Srauta Karmas, b) Havir Yajnas, c) Soma Yajnas and d) Agni Cayanas.

Thus out of the 40 obligatory purificatory rites Samskaras --, 26 are Grhya Karmas dealt with in Vol. I and SrautaKarmas dealing with 7 Havi Yajnas and 7 Soma Yajnas are dealt with in this volume.

Introduction
Lord Krshna. the philosopher par excellence, in Bhagavad-Gita devoting a complete chapter on Karma- Yoga containing 43 Slokas, puts the necessity of performing yajnas in Slokas 10 to 16 of ch.3. The gist is as follows :

Prajapati, the first progenitor, created mankind along with Yajna. He told them to prosper through Yajna which will be the desire fulfilling cow (Kamadhenu). By pleasing Devas through Yajnas, they in turn will nourish mankind. Thus cooperating with one another, let the highest good be achieved. He, who enjoys the bounties of Devas, without reciprocating, is a thief. From the imperishable Brahman, the successive order of creation is Vedas, Yajnas. rain. food. and mankind. So the all-pervading Veda is always established in Yajna only. Those who break this cycle (i.e. ~tm) live in sin. They live in vain.

1) The following subjects relating to Hinduism. (Ahnika-Karmas, Smarta-Karmas), have been dealt in some detail in an earlier publication of Bharatiya Vidya Bhavan AIM under the heading 'Understanding Veda - Karma- KaJ!4a' - (Path of rituals), Volume 1. Grihya-Kannas.

2) Those interested sections of Hindus who have gone through the above book, may feel. a sense of inadequacy and like to have more knowledge on Srauta- Yqjnas, since these constitute nearly 95% of Vedic text SRUTI, and from which' the Smarta-'Kannas evolved.

In that sense, this is a companion volume to Understanding Veda - Karma-Kanda, Volume one.

3) Srauta-Karmas especially of Ekaha-Soma-Yajnas are performed without much fanfare even now in the country side. During the period (April 1996 to July 1997), 9 Soma-Yqjnas were conducted in Tamil-Nadu alone, that too by a particular group. The writer has attended a few of them like Agnishtoma, Ukthya, Athyagnishtoma, Ati Yatra, Ashta-Yajna with Agni-Cayana, Yqjnas. The writer is also 'aware that Yqjnas are conducted in rural areas of Andhra Pradesh, Madhya Pradesh, etc. as gathered from kavyas (priests), who participated in them. 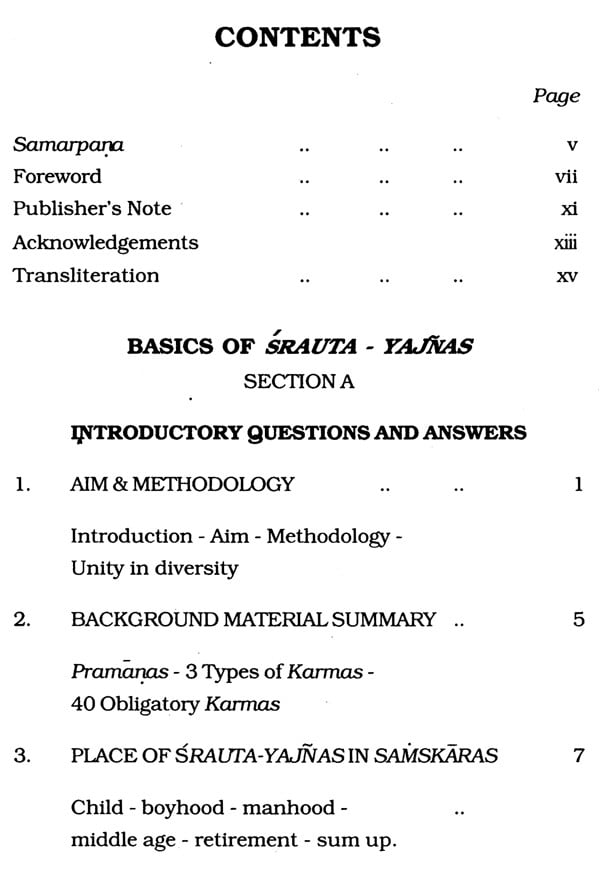 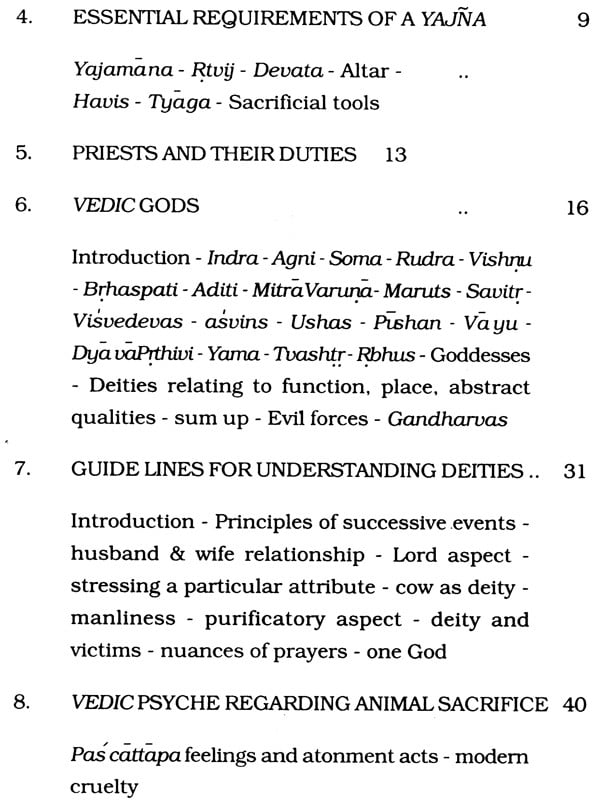 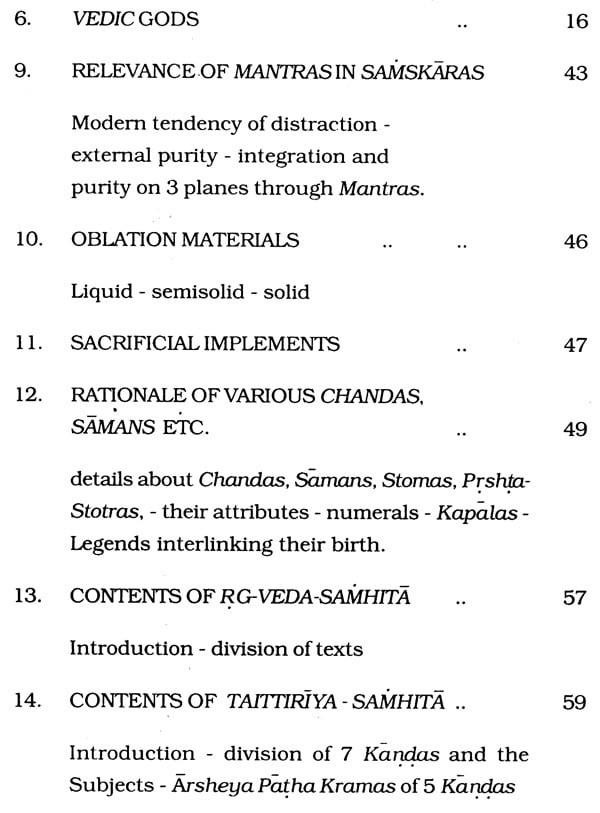 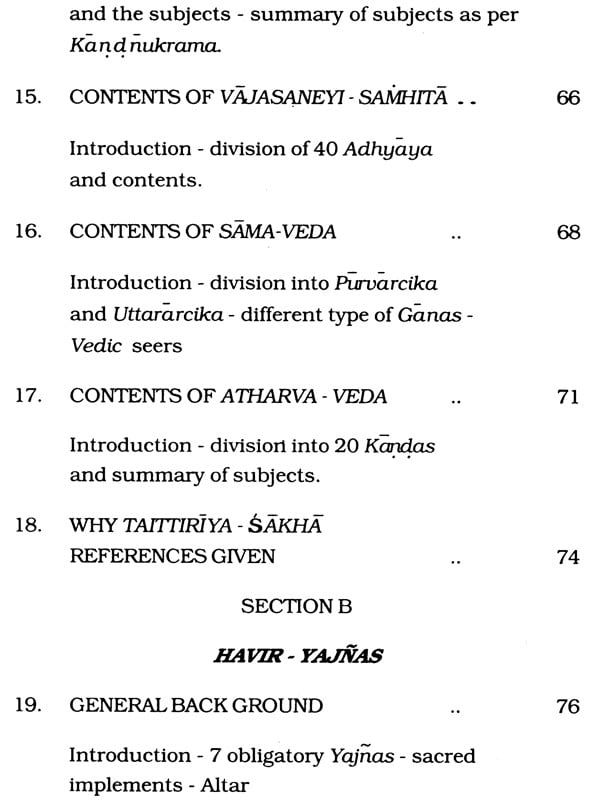 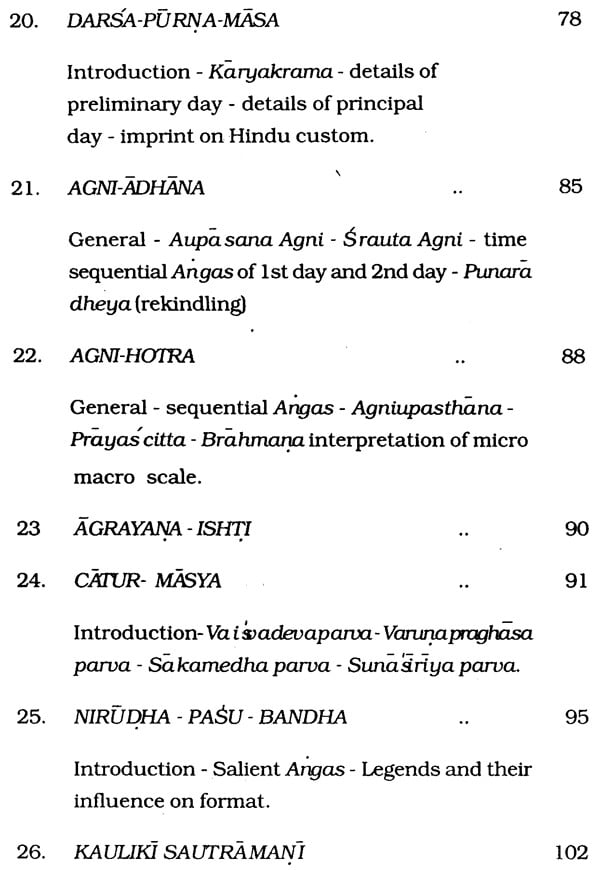 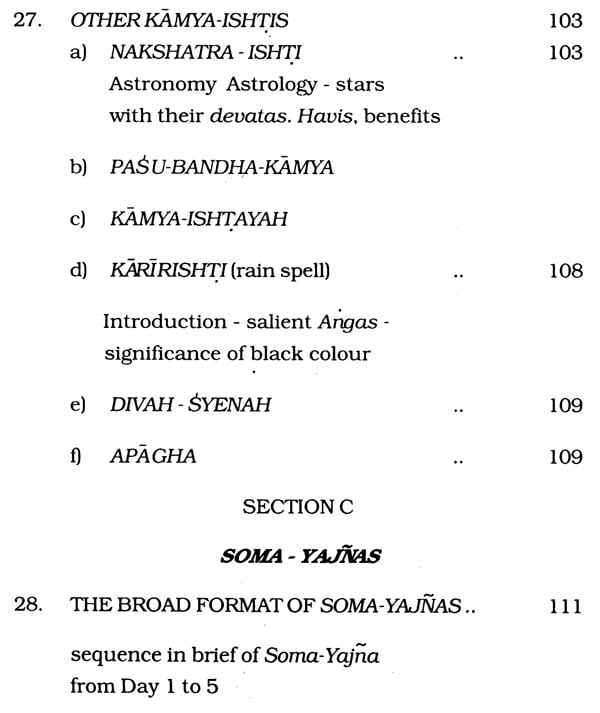 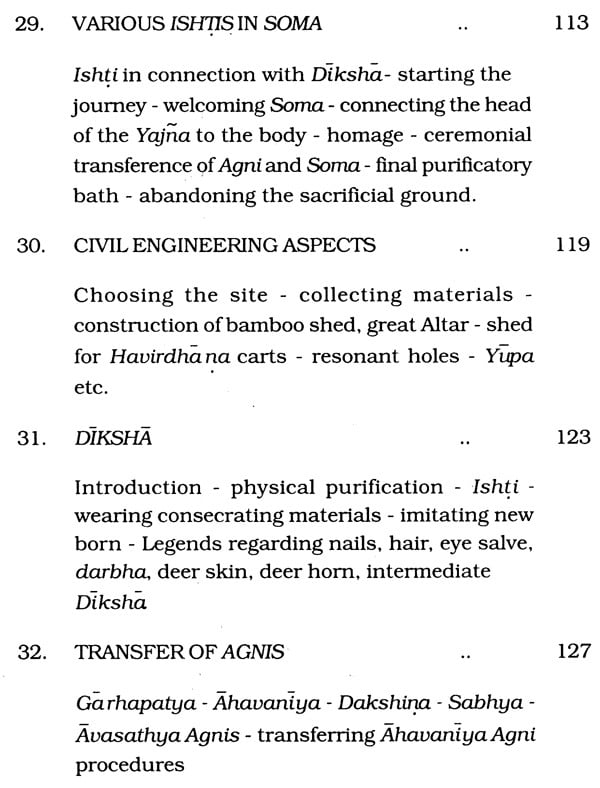 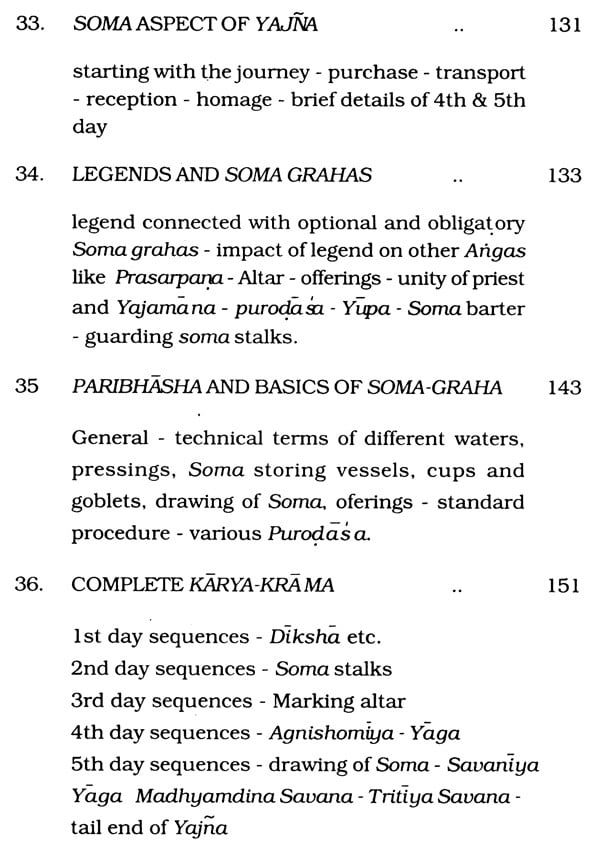 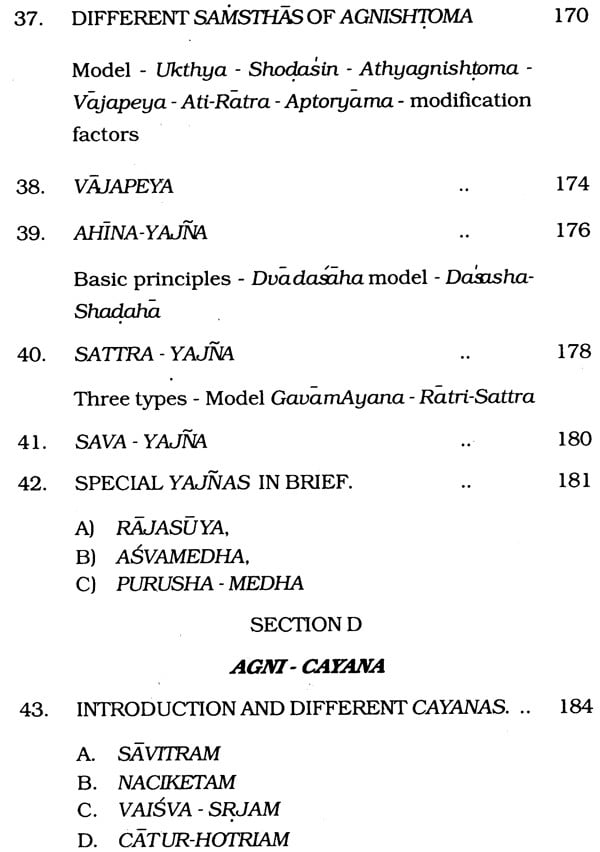 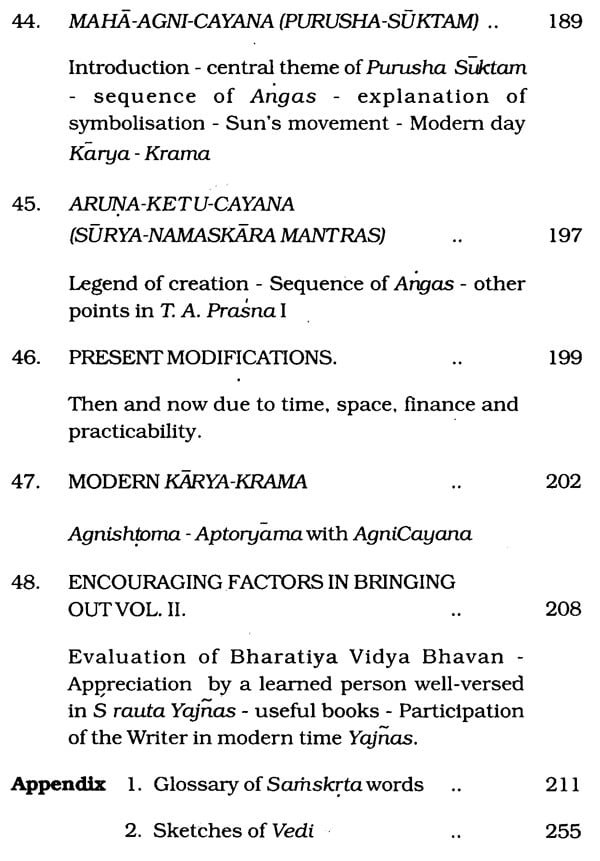 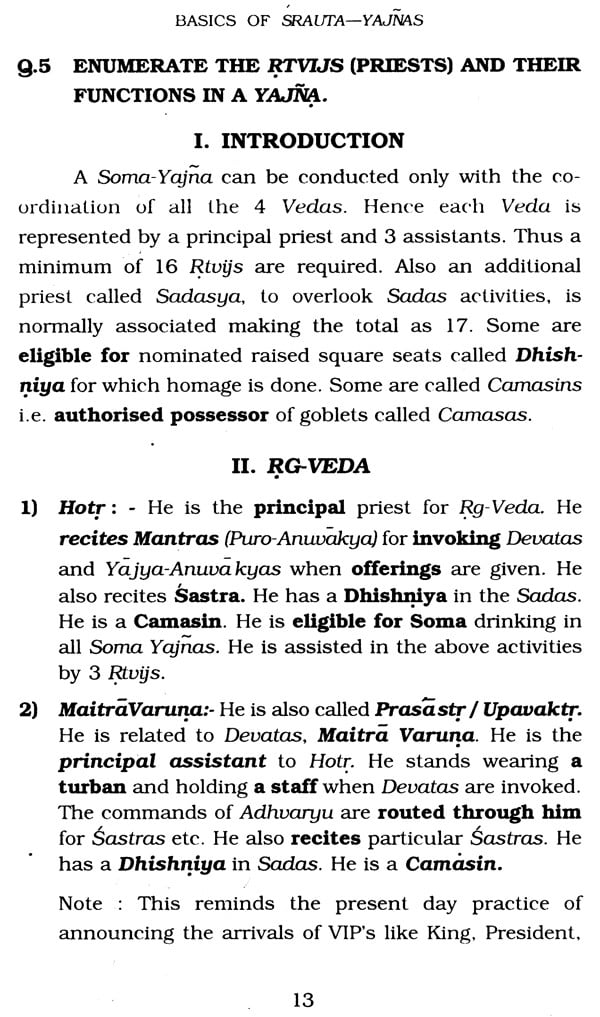 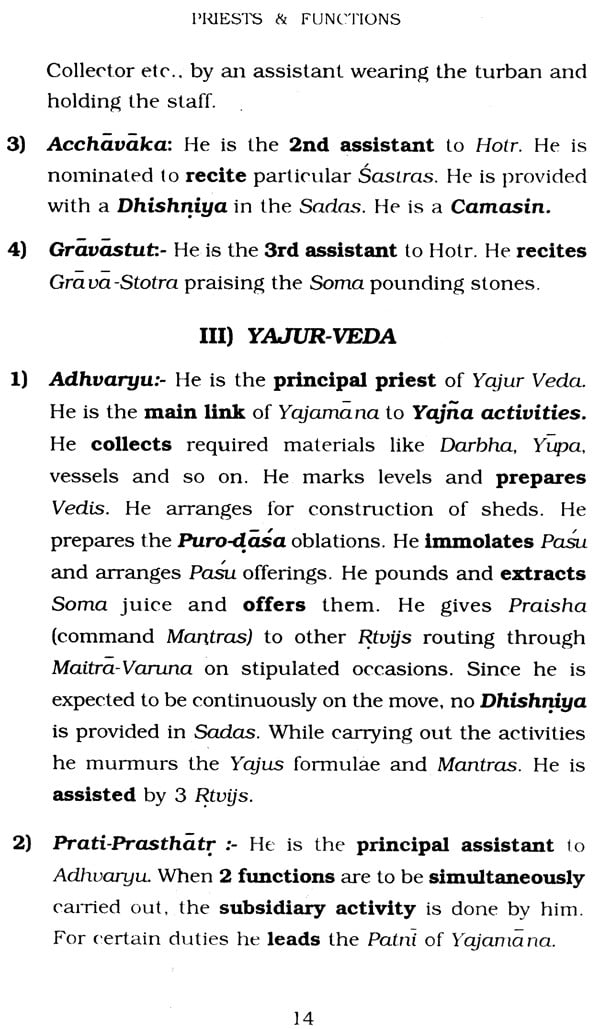 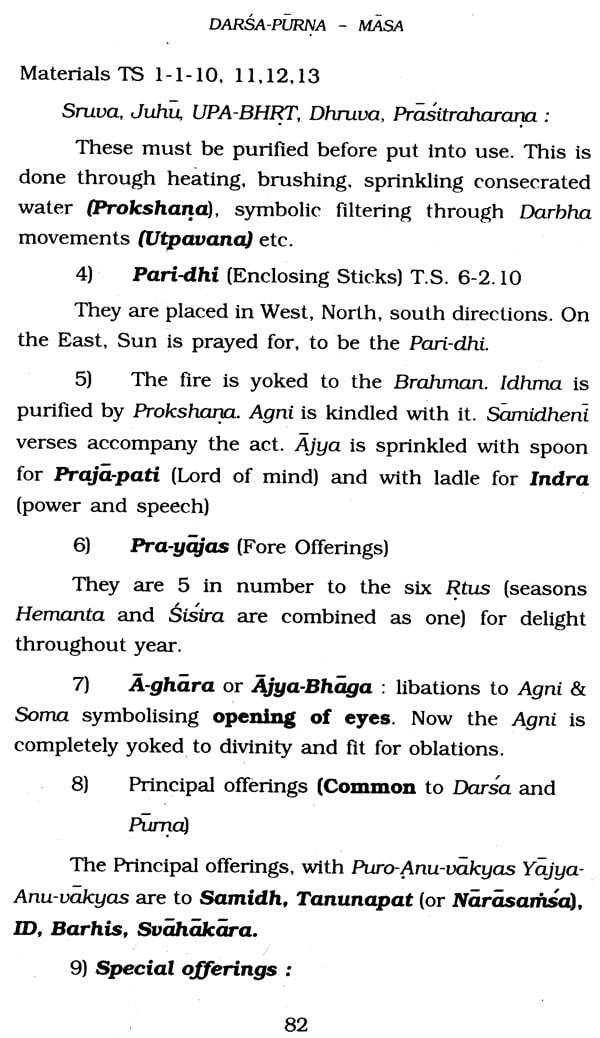 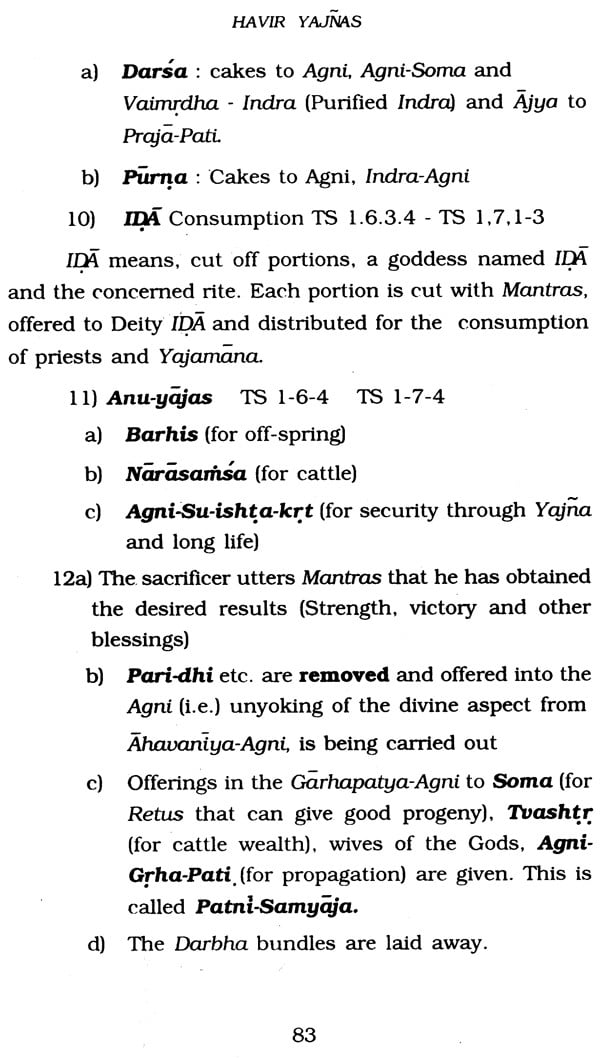 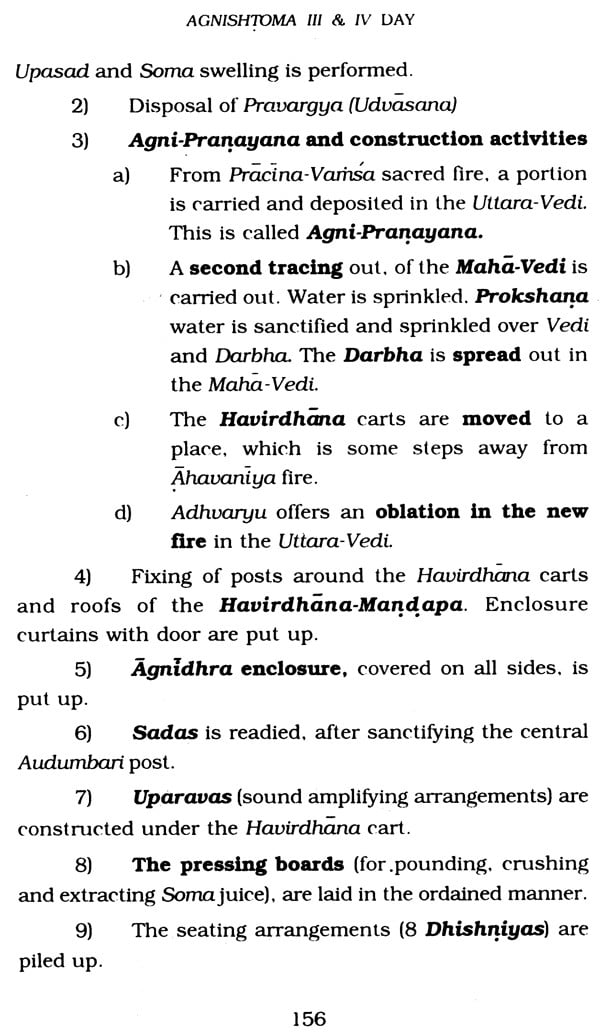 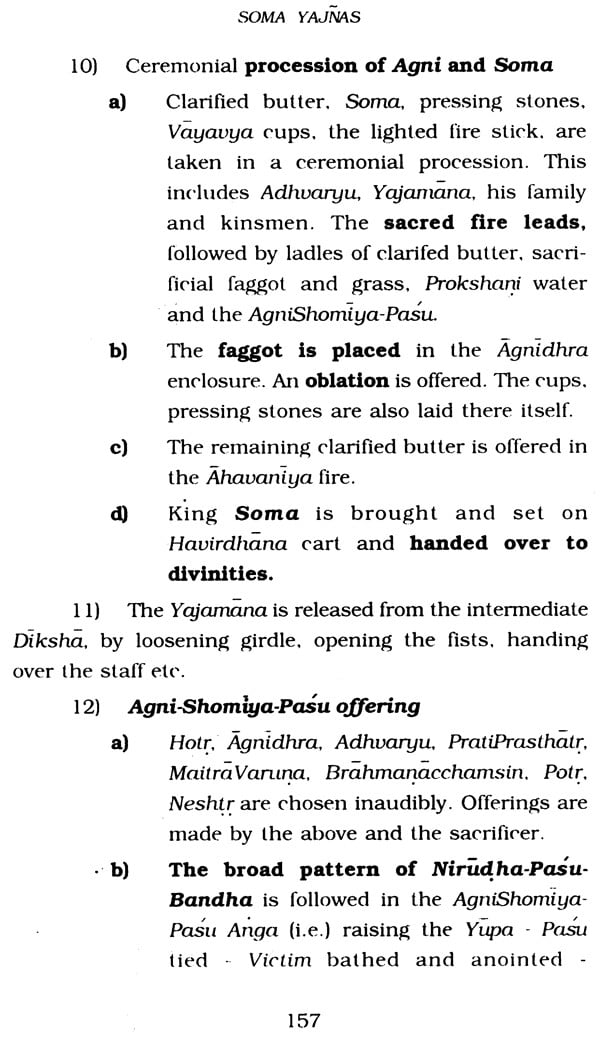 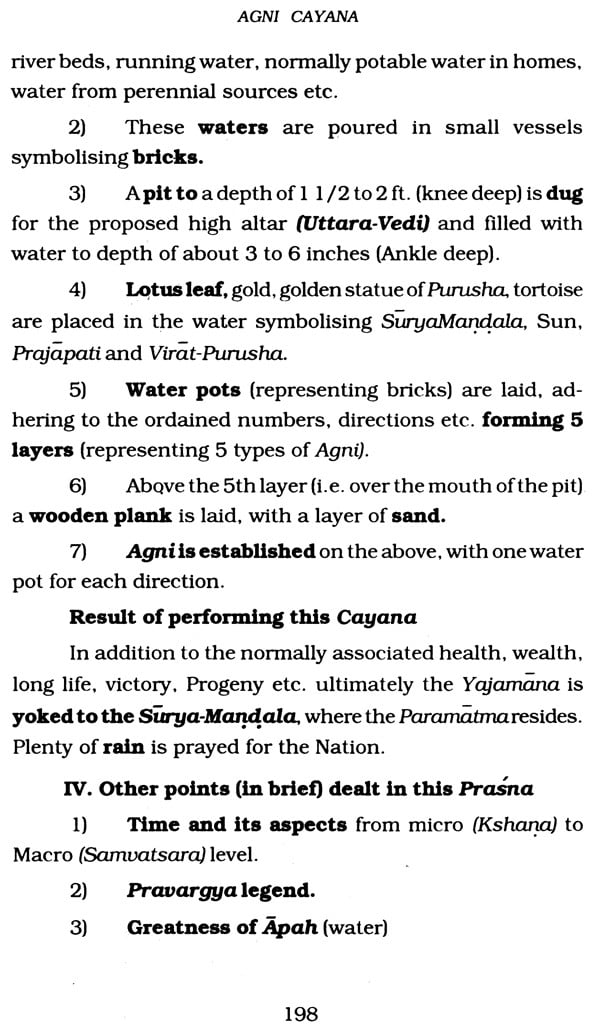 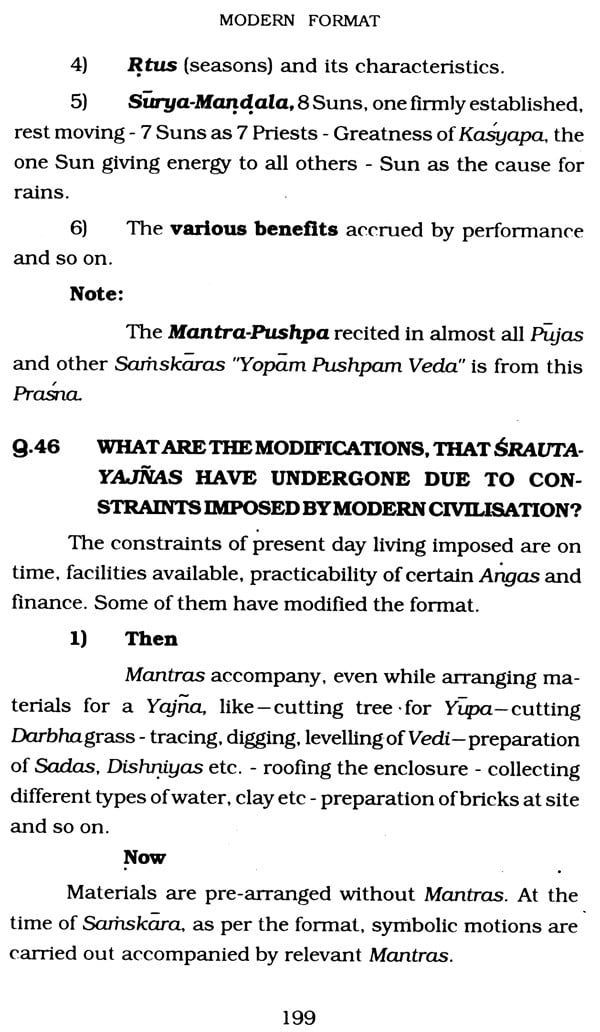 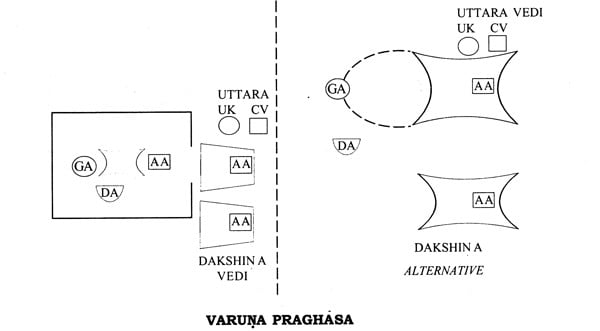 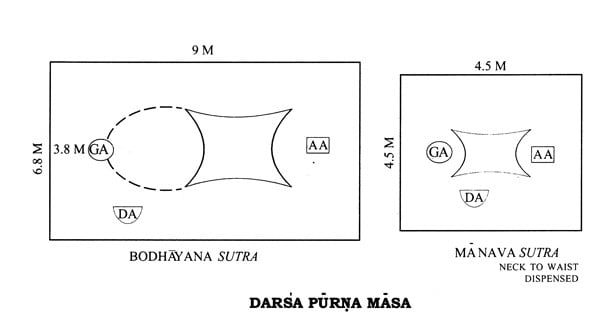