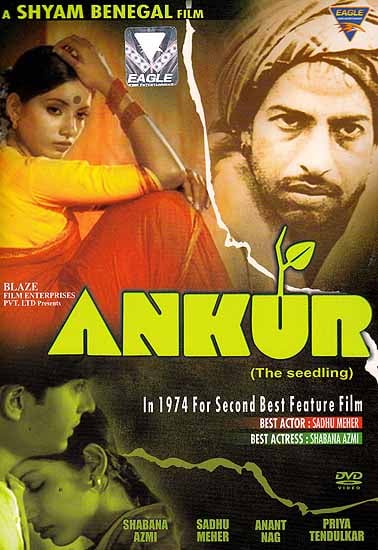 This debut directorial film from Shyam Benegal, Deals with social disparities and exploitation, The film focuses on power and privilege with careful thought and acute perception. The film won Benegal immediate recognition as a film maker of maturity and promise, both in India and abroad. The story deals with the boredom of a college student, Surya (Anant Nag), the comely wife of a poor, deaf and dump potter, Krishtaya (Sadhu Meher). When Kishtaya is punished and humiliated for a petty crime, he runs away, Alone and vulverable, Laxmi succumbs to the advances of Surya, and becomes pregnant. When she is thrown out of the job by Saru (Priya Tendulkar), S urya’s wife, she is totally alone and destitute. The characters and their complex motivations are dealt wit deftly, aided by a brilliant performance from Shabana Azmi, in her first film.