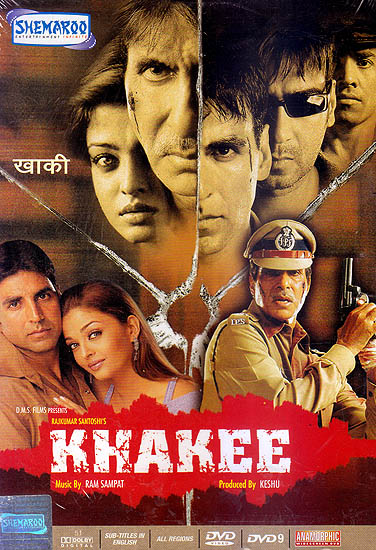 DCP anant Shrivastav (Amitabh Bachchan) has been assigned the mission to escort terrorist Iqbal Ansari (Atul Kulkarni) from Chandangarh to Mumbai. His terrorist organization is determined to get him again. The plan for this is led by Yashwant Angre (Ajay Devgan) a ruthless killer and a former police officer. Anant’s teem consists of inspector Shekhar Sachdev (Akshay Kumar) rookie cop Ashwin Gupte (Tushaar Kapoor) and two constables. Soon Mahalakshmi (Aishwarya Rai) joins them as she is the only witness to have seen yashwant. Finally the team makes it to an abandoned cottage in the forest but there is a shoot out and the team are heavily outnumbered. Shekhar tries to force an exchange but against Anant’s and Ashwin’s judgement after weeks of frustration Ansari finally reveals that the terrorists are out to kill him. He reveals anger into Anant and he hunts down each one of the corrupt officers and in the end captures Angre & is sentenced to prison. Will they be able to take him to the prison successfully or are there any more hiccups? Watch the movie to find out the answer.