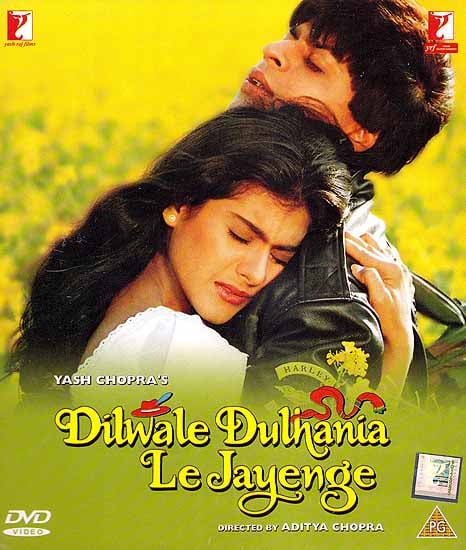 Having been brought up in London, Raj (Shahrukh Khan) and Simran (Kajol) are second generation British Asians, who still cherish their Indian roots, culture and values. The two meet in a chance encounter while travelling through Europe on an inter-rail holiday. When they get separated from their friends, they discover each other…they discover LOVE! When they return to London, Simran is taken back to India, for an arranged marriage as per her father’s wishes. Now Raj must go to India to win his Dulhania and ask Simran’s father for her hand in marriage and seek acceptance of their love-all this, while the preparations for Simran’s wedding are in full swing.

DILWALE DULHANIA LE JAYENGE released in 1995, is the longest running film in Indian Cinema. Aditya Chopra’s debut film became one of Hindi cinema’s biggest blockbusters sweeping 10 Filmfare awards and the National award for popular and wholesome entertainment. Sensitively and often poignantly scripted, the film has a sweet, innocent freshness that make not just Simran and Raj (perhaps Kajol and Shahrukh’s best performances) but all the other characters so real that you love, laugh and ache along with them as if they lived next door.

Dual Layer Format: Layer Transition May Trigger A Slight Pause. Some Players May Not Be Able To Access Features