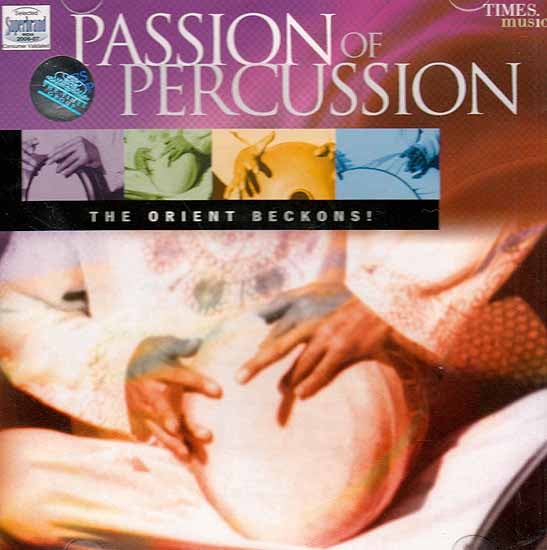 $35.00
Notify me when this item is available
Save to Wishlist Send as E-card Share by Email
From the CD

DISC 1
DARBUKA Percussion instrument used to accompany traditional and classical music in the Arabic countries, Iran, Turkey and other orient countries. It is named tabla in the eastern countries. It is cylindrical in shape and made of clay. Traditionally the parchment is either goatskin or fish skin and it is stretched over the upper head.

Typical percussion African instrument made out of wood and a skin membrane.

It is like a darbuka in shape but smaller and it has a deeper pitch. Women normally play dohola at weddings and now it is used by musical groups to accompany belly dancers.

It is exactly the same as a djembe but smaller in size. It also has little metal discs and the head is made of fish skin in order to get a softer sound. The wooden frame is normally inlaid with nacre and bone pieces in a geometnic design.

A Tambourine without cymbals made up of a wooden circular frame covered with a skin parchment. Sometimes it is decorated with nacre and bones. Known in the Arabic countries, Iran, Turkey and other middle-east countries as Bendir it is used to accompany traditional and religious music. In the Western countries it is named Duff-Adufe.