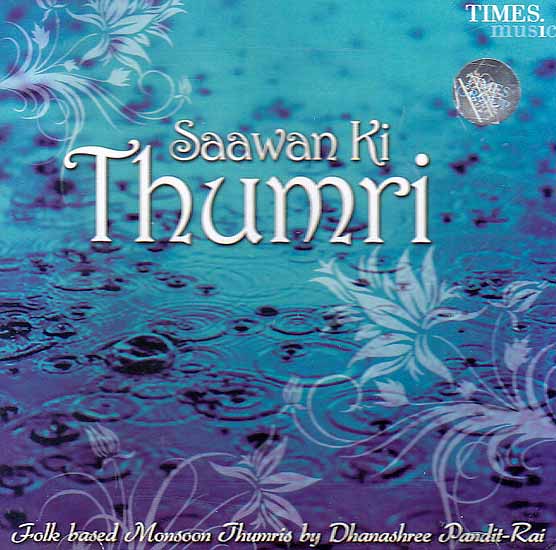 $28.00
Ships in 1-3 days
Notify me when this item is available
Save to Wishlist Send as E-card Share by Email
About the CD

Dhanashree is one of the leading exponents of the Thumri genre of music and her popularity owes itself to her rare voice quality that emanates the myriad emotions of thumri languor, delicacy sensuousness, earthiness and pukar. She is aspiring to give thumri its rightful place on the concert stage today since if definitely faces the risk of extinction with the dominance of Khayal.

Dhanashree Holds a Masters Degree in Hindustani Classical music from University of Bombay. She has trained under the stalwart of the Kirana Ghaana Pt. Firoz Dastar and the thumri legend Shobha Gurtu.

She has also been conducting workshops and lecture demonstrations on all aspects of Hindustani Classical music in India and abroad has trained several world renowned Jazz singer in Indian vocal techniques through the JIUI (Jazz India Vocal Institute) and has recorded fusion albums with many of them.

The story of thumri began in the Gangetic plains where the peasant folk heralded the seasons with their hypnotic folk songs. In the latter half of the 18th century the twilight of the Mughal rule these folk songs reached the Mughal courts and what took place was a marvelous transformation… these plaintive songs acquired classical touches polish and ornamentations and what was born was the thumri a rich semi classical form that challenged the popularity of the then existent Khayal thumri was a very rich product of the confluence of two Cultures.

Some of the changes that took place in the Mughla courts were that the lyrics of the folk song were improvised upon the simplistic voice throw of the musically untrained peasant gave way to a rich classically trained voice (riyazi Awaz) some amount of alaapchari was added to it as well as the ada (Expression) harkats like the murki zamzana etc and the occasional Urdu Shers that were throven in. the courtesans of Lucknow were responsible for the dynamic growth and popularity of this sensuous form of music.

In this album we feature the monsoon varieties of thumri like the banwari saawan, Kajri, Jhoola as well as some monsoon theme dedras etc. all examples of the wide variety of folk songs that have acquired classical touches stylization and become richly aesthetic music forms. Very often depicted is the pining nayika who separated from her beloved as the dark clouds gather in the sky but also joyous moments when the sakhis are reveling in the rains and Radha Krishna swinging on the Jhoda in amorous delight.