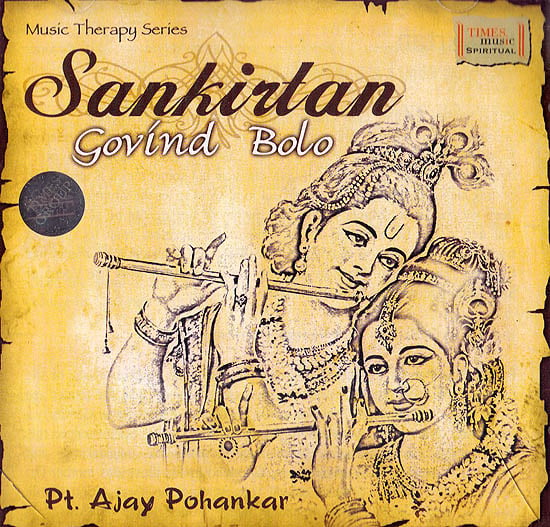 Kirtan implies chanting God’s name in the form of couples or hymns accompanied by Music Sankirtan is a Kirtan or a mantra (Sometimes referred to as Sankirtan mantra) which involves chanting god’s name with other devotees in a group. The style is usually classical but sometimes it is also based on folk music. God’s name is chanted out loud so as to let the vibrations sink in deep within the worshipper’s soul. The rhythm of singing can be slow or very fast and it can be stretched for as long as the devotees wish to sing but traditionally it should be chanted at least 108 times. Musical instruments like Pakhawaj, Harmonium, Manjiras and String musical instruments like Veena or Sitar Usually accompany Sankirtan Singers.

Include in Sankirtan with Pandit Ajay Pohankar

Pandit Ajay Pohankar Acclaimed as one of the most creative artists of the present generation started his journey as a classical vocalist at the tender age of ten with this maiden performance at the prestigious Pandit Sawai Gandharwa music festival at Pune. It was then that many renowned artists acknowledged this child prodigy. Over the years Pandit Ajay Pohankar and painstakingly and consciously developed his unique style. Groomed by his illustrious mother Dr. Mrs. Sushila Pohankar a music scholar representing the Gwalior and Kirana Gharana Pandit Ajay has further honed his talent through his own musical innovation in his highly imaginative performances. Amazingly complex yet aesthetically well structured presentation of Sargam and a cultivated and rich voice with full command over modulation transport the listeners rapturously over a wide range of emotions. Listening to Pandit Ajay Pohankar at his best is truly a transcendental experience. Pandit Ajay Pohankar M.A. (English) and M.A. (Music) is currently a lecturer of music in Mumbai University. He performed along with stalwarts like the late Pandit Omkarnath Thakur, Ustad Salamat Ali of Pakistan Pandit Ravi Shankar and Pandit Bhimsen Joshi when he was just twelve years of age and performance led a leading critic to comment. This spark will light a torch to carry classical music performances to great heights!.

Chant the name of God with this powerhouse of talent and musical charisma. Indulge in Sankirtan with him!.

This album has been released earlier as Mantra in from of Sankritan Pure Music for purification of the body & Soul.