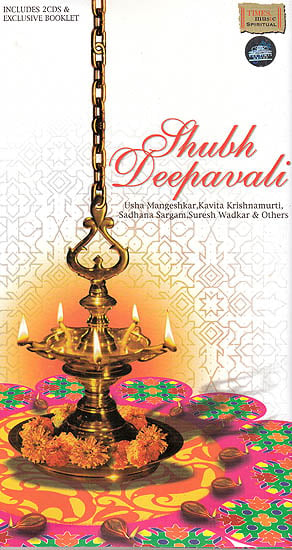 A celebration that is powered by fervor, vigor and enthusiasm, Diwali symbolizes the victory of righteousness and the lifting of spiritual darkness. Diwali projects the rich and glorious past of India. This festival of lights is characterized by thousands of lamps that illuminate households all across the country. Exchange of sweets and explosion of sparkling fireworks lend the festival a joyous charm. Celebrated alike by young and old rich and poor across the country the magical and radiant touch of Diwali creates an atmosphere of abundant and euphoric festivity.

Origin of this illuminating festival
The history of Diwali is replete with mythological stories of Hindu religious scriptures mostly the Puranas. In each legend myth and story of Deepavali lies the significance of the victory of good over evil and the lights that illuminate our homes and hearts brings new reason and hope. The ancient story of how Diwali evolved into such a widely celebrated festival differs from region to region.

In the north Particularly in Uttar Pradesh Diwali is the day of King Ram’s homecoming that marks the celebration of his coronation in Ayodhya after his epic war with Ravan the demon king of Lanka. By Order of the royal families of Ayodhya and Mithila the cities and far flung boundaries of these kingdoms were lit up with rows of lamps glittering on dark nights to welcome home the righteous king Ram and his devoted queen Sita after 14 years of exile. In Gujarat the festival is celebrated and in west Bengal celebrations revolve around the worship of goddess Kali. In south India Diwali commemorates the conquering of the Asura Naraka a powerful king of Assam who imprisoned thousands of inhabitants. It was Krishna who finally subdued Naraka and freed the prisoners.

In the rural areas Diwali Signifies the harvest festival Diwali comes at the end of cropping season and this is one of the reasons that this hypothesis is reinforced. Harvest traditionally means prosperity for all. It is thus also believed that this celebration was started in India by farmers after they rasped their harvests.

The Celebration Period
Diwali is celebrated for five days each day having it’s own significance rituals and myths. Each of the five days in the festival of Diwali is marked with a significant worship or puja or a certain deity that differs throughout India.

The First Day: Dhanteras
The first day of Diwali Dhanatrayodashi or Dhanteras falls on the thirteenth day of the month of Ashwin. The word Dhan denotes wealth and holds great importance for the business community. As per the legend it is believed that the son of king him a according to his horoscope was doomed to die on the fourth day of his marriage owing to sankebte. So on the fourth day of his marriage his worried wife lit innumerable lamps and laid all the ornaments and abundant gold and silver coins in a big heap at the entrance of her husband’s boudoir. She told innumerable stories and sang songs through the night when Yama the god of death arrived there in the guise of a serpent the dazzle of those brilliant lights blinded his eyes and he could not enter the prince’s chamber. He climbed the heap of the ornaments and coins and sat there through the night listening to the melodious songs. Morning saw him retreat quietly. Thus the wife had saved her husband and since then this day of Dhanteras came to be known as the day of Yamadeepdaan.

On the eve of Dhanteras lamps are kept burning throughout the night in reverential adoration to Lord Yama the god of death Doorways are ornated with torans of mango leaves and marigolds. Rangolis are created with different colored powders to welcome guests and the traditional motifs drawn are often linked with auspicious symbols of good luck.

The Second Day: Choti Diwali
The second day called Narka Chaturdashi or Choti Diwali fails on the fourteenth day of the month of Ashwin. Narak means purgatory or hell and Chatrudasi means the fourteenth day. Religiously the day marks the end of an evil empire and the beginning of a new era of light and knowledge. According to the legends on this day Lord Krishna Supported by his consort satyabhama and his huge army destroyed the demon Narakasur in a legendary battle between the gods and demons and released the world from fear and oppression. In the process he also set free the 16000 women considered as the divine energies of the mother Goddess held forcibly in possession by the evil demon.

On this auspicious day people usually take a ritual bath before sunrise using traditional herbs just as Lord Krishna was believed to have done after he returned victorious from the battlefield. People spend the remaining day in the company of their loved ones and often the game of cards is played.

The Third Day: Lakshmi Poojan
It is on dark new moon right or Amavasya that Diwali finds its true expression. This day is entirely devoted to the propitiation of goddess Lakshmi. The entrances to all home are lit up with numerous diyas and decorated with rangoli patterns to welcome Lakshmi the radiant consort of Lord Vishnu and the goddess of wealth and prosperity. It is also believed that on this auspicious day Lord Krishna the philosopher who preached Karmayog through his Geeta to Arjun discarded his body Bhagwan Mahavir the Jain prophet is also said to have attained Nirvan on this day.

In Hindu Households businessmen perform the Lakshmi Puja Followed by the Chopda Pojan on the new books of accounts on this day. Goddess Lakshmi is revered by all and this day is celebrated in high spirits by exchanging greetings sweets and bursting fireworks.

The Fourth Day: Govardhan Puja
The Fourth day is variously known as Padwa Varshapratipada and Kartika Shudda Padyami on this day Govardhan Puja is performed. According to the legend at the behest of Lord Krishna the people of Braj worshipped the hillock Govardhan on this day to save themselves from an impending storm unleashed by the fury of Indra the Lord of heaven. Even now in the region of Braj people continue the tradition of worshipping Govardhan on this auspicious day to appease the forces of nature to prevent the occurance of floods and cyclonic storms.

In traditional households this day is looked upon as the most auspicious day to start any new venture.

The Fifth Day: Bhaiya Dooj
This day is observed as a symbol of love between sisters and brothers. On this day known as Bhayya Dujm Bhav-Bij or Bhai-Tika sisters put a ceremonial mark usually with vermillion on their brothers foreheads and wish them love lives. According to a legend the tradition began when Yamraj the god of death visited his sister Yami and she put the auspicious tilak on his forehead and wished him long life.

They exchanged special gifts as a token of their love for each other and by the end of the meeting. Yamraj announced that anyone who receives tilak from his sister on this day would be blessed since then it has became imperative for the brother to go to his sister’s house to celebrate Bhaiya Dooj.