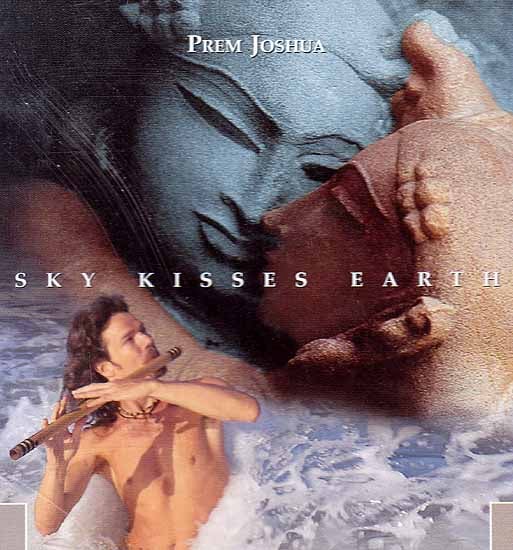 After recording and releasing many albums in the field of up-beat World Music and Ethno Trance, I finally wanted to create a series of compositions that have slower rhythms and mainly emphasize on rich melodies and natural sounds of the acoustic Indian instruments that I play. These pieces draw their inspiration from the depth of Indian Raga Music but also from my Western musical background to create a sound field that bridges both worlds.

Initial inspiration (and Tabla tracks with Manish Vyas) were recorded in a small private studio amidst the chaos of the Indian city of Pune.

Returning to Europe in Spring 1999 I retreated to my studio in the silence of the Tuscan hills, recoding all the acoustic instruments (and percussion with Ninad Carrano), being surrounded by more wild boars and deers than human beings.

The third step took me back into the city, to Amsterdam, where all keyboard tracks were laid down with Maneesh de Moor. The fact that his backyard studio faces right into the windows of a police station couldn’t stop our fun and inspiration to round up and finish the album.

1. SKY KISSES EARTH - 13:29
There was a time when Tantric mystics spread their wisdom all over India - it was less a teaching, it was more a way of being, of living life in utmost freedom. Their approach was too radical for the society - soon they got prosecuted, their temple burned, only some temples in deep jungles were spared and got only re-discovered in our time…maybe now the time is ripe to learn from these old mysteries of the Tantrikas - to see that the sky kisses the earth!

2. REMEMBER THIS! - 05:34
…and when life shows its dark sides, take a good look at it and you will come out of it a little wiser, a little lighter, a little more at ease with yourself and you might begin to see that we never got chased out of the Garden of Eden.

3. DAKINI - 12:59
Dakini, dance for me! Raga Bhairavi, and it seems that all the ancient statues start dancing with you in the moonlight!

4. NIGHT RAIN - 07:25
Beloved, can you hear the rain drops outside, can you smell the fragrance that comes from the forest, celebrating the night rain, can you feel the soft breeze that caresses our bodies?

5. THE SEVENTH ECLIPSE - 07:29
The little melody arrived from nowhere to my ears and decided to travel on with me from Arambol of Amsterdam, it’s now floating on, like the leaf in the wind - to your ears.

PREM JOSHUA,
A multi-instrumentalist and composer, is exploring and creating a new synthesis in music of the East and West.