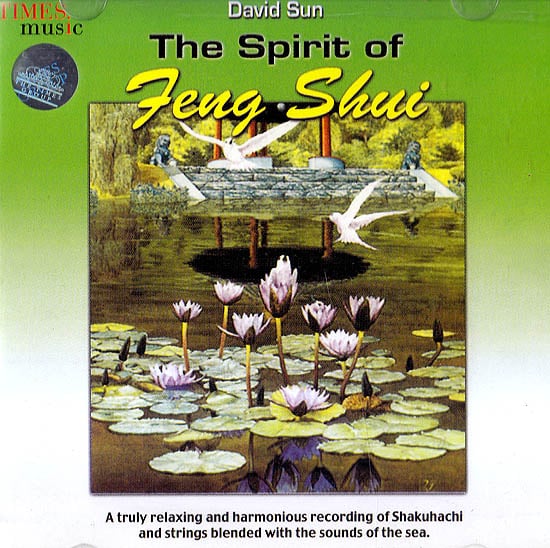 A Truly relaxing and harmonious recording of Shakuchanchi and string blended with the sounds of the sea.

Lao Tsu caught that ‘the tao that can be told is nor the eternal Tao’. Perhaps in much the same way that is true for F’eng Shui, the ancient Chinese natural philosophy of ‘wind and water’. Like wind and water’ the invisible energy chi should flow harmoniously in one’s hour or workplace, or flow away unused.

The principle of Feng Shui is based on the ancient Yin and Yang, the opposing forces that are constantly in motion and balance. this power and energy is ever present, in the earth and in all living creatures that inhabit it.

In the tradition of Fang Shui we can distinguish two important schools: a) The School of the Forms; by The school of the Compass ‘Lain Pan’, a geomantic compass based on the trigrams of the I Ching.

The School of the Forms studies, in particular, the geographical circumstances of a location, and concentrates on the landscape, mountains, hills and streams, while the School of the Compass, based on geographic and magnetic routes, connects every direction with one of the eight trigrams of the Book of Changes, The I Ching.

The spirit of Feng Shui is carried by wind and water. The meditative sound of the bamboo notched shakubachi symbolizes the wind over the waters of the sea. Originally from China this flute is now widely used in all forms of Japanese folk and art music.

The sun trigram has two uninterrupted yang lines and an interrupted ying line symbolizing the wind that carries prosperity dispersing seeds to all corners of the earth. The seeds will grow and flower and produce more seeds. It is said that activating this trigram in your home will attract wealth. But then it is also said that which we call a rose by any other name would smell as sweet what is in a name?