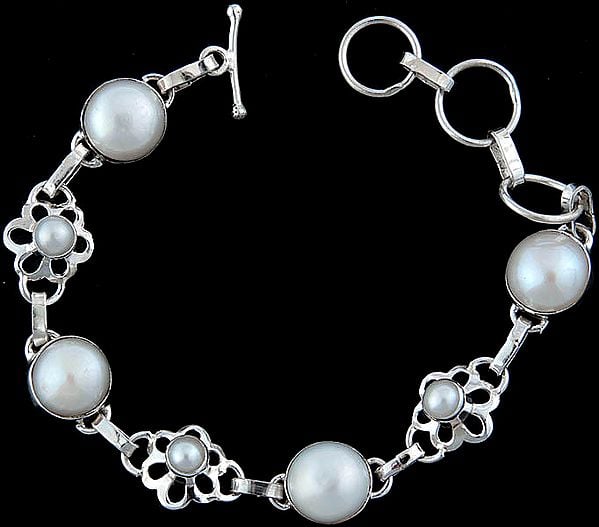 In Hindi and Sanskrit Pearl is called Moti or Mukta and in Persian Mukhavid. A good quality pearl is one which is soft to touch white in color and sparkling in appearance. A black spot on a pearl is considered inauspicious and should not be worn. In astrology such a pearl is known as crow’s pearl and is supposed to bring ill luck or health problems on the one who wears it. The pearl should be at least two or four carats in weight and set in silver or gold. If set in a ring it should be worn on the index or the little finger of either hand. For women it is advisable for it to be worn in a pendant for good results. Wearing the pearl on Sunday Monday and Thursday proves very favorable and propitious. And if the moon transits the constellation Pushya on the day one wears a pearl it yields remarkable results. A proper study of an individual’s birth chart is very important before one decides to wear a gemstone.

Though wearing a pearl is considered harmless by astrologers, those suffering from epilepsy, asthma, dysentery, colitis or cancer, should be particularly careful while choosing this gemstone.

In astrology, the Moon is supposed to rule pearls. Those governed by the Moon can be recognized from their tall, round figures. They have grey eyes and generally curly hair. Men governed by the Moon grow bald in their mid—thirties. People ruled by the Moon are restless, though lazy by disposition. They are temperamental and unstable in their relationships. Since they are gifted with quick fertile brains they can easily grasp new ideas though they could be slow in executing their plans.

The Moon rules over work connected with shipping, politics, cinema, jewellery, interior decoration, photography, painting or writing. In your birth chart, the strength of the Moon will decide the degree of success you will enjoy in your career. Those associated with the above professions could wear pearl to enhance their career prospects.

The pearl is worn to achieve stability in one is life and career. The Moon being the cold planet, its improper and unfavorable positioning in the birth chart often causes cold and migraine. For such persons wearing a pearl can bring a lot of relief. Women suffering from gynaecological complaints or irregularity of the monthly cycle are advised to wear this gemstone. Children, especially new—born, who are constantly ill, are supposed to benefit a lot by wearing a pearl around their neck. To conclude, when wearing a pearl do not set it in combination with diamond, blue sapphire or hessonite, for it is supposed to be hostile and inimical to these gemstones.