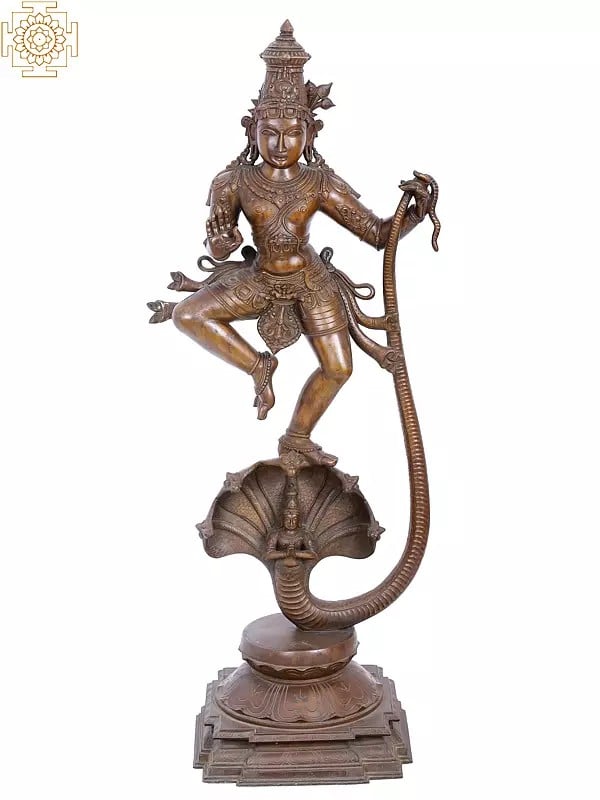 Krishna’s victory over Kaliya is a decisive moment in the history of dharma. As expounded in the sixteenth chapter of the tenth canto of Bhagavata Purana, Kaliya had made a home for himself in the Yamuna of Vrindavan and driven away all forms of life within a sizable distance from his dwelling. When his presence sent the Lord’s beloved Radha into a frenzy, it was too much for Him to bear. What followed was the subjugation of dharma over adharma.

The image of the naga nrtya, or of Krishna dancing (‘nrtya’) atop the serpent (‘naga’), is one of divine victory. The murti that you see on this page is sculpted from pure bronze. It is a superior medium to work with, demanding great skill and patience on the part of the artisan, and lends the composition its unmistakable gold ochre colour.

Beneath the foot of Krishna are the five hoods of Kaliya. Within its folds is the form of a miniscule man whose hands are in the humble namaskara mudra. Its tail is in the hands of the victor, whose every finery has been visually enunciated with the greatest skill. 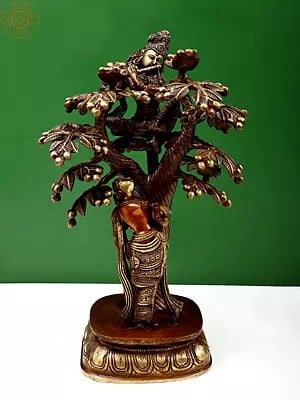 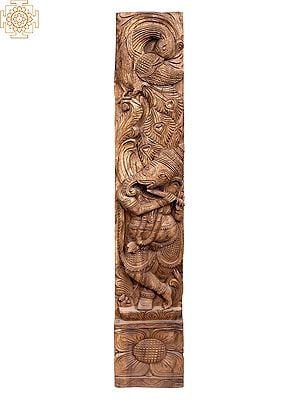 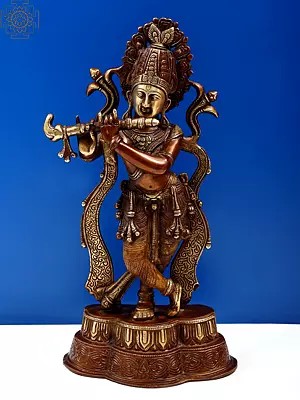 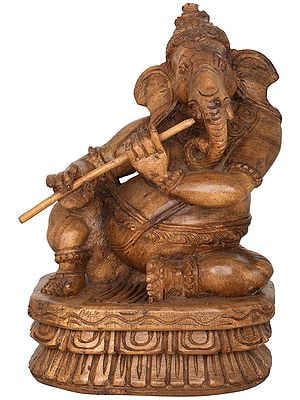 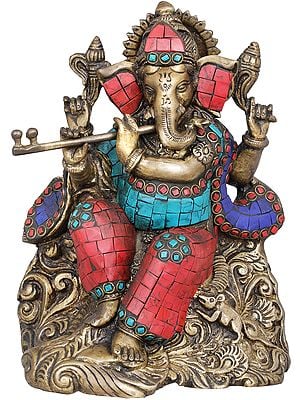 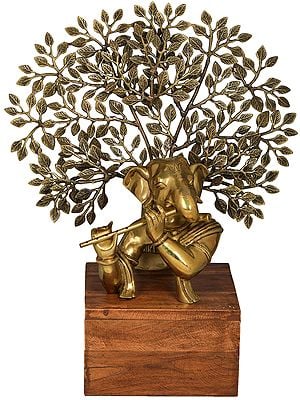 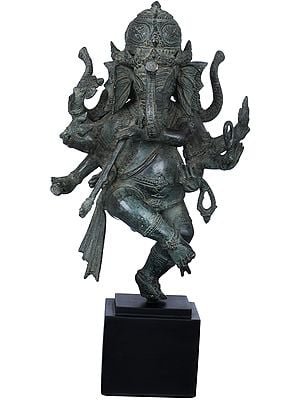 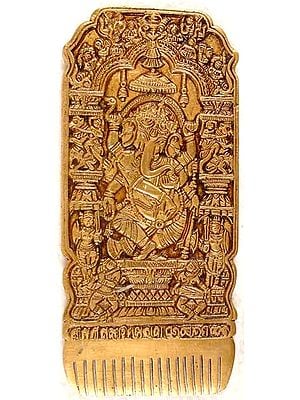 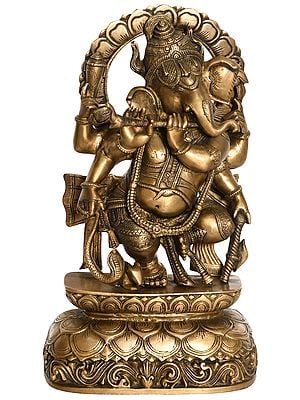 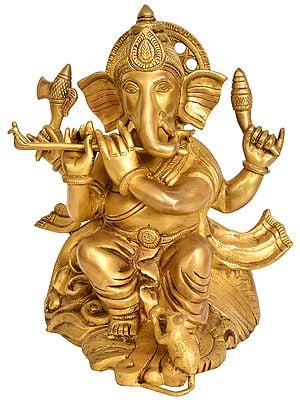