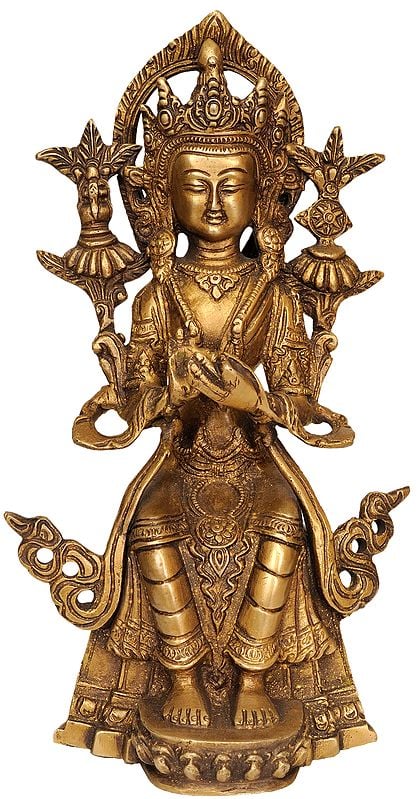 $168.00
Notify me when this item is available
Save to Wishlist Send as E-card Share by Email

Maitreya, the "kindly one," may be considered either as a bodhisattva, according to the sutras, or as a Buddha, according to the tantras. When he is represented as a Buddha he is shown seated, but the legs, instead of being locked, are pendent. He is the only divinity in the Northern Buddhist pantheon represented seated in European fashion. He has the signs of a Buddha such as long earlobes, the urna (the auspicious tuft of hair between the eyebrows, signifying superhuman quality), and the ushnisha (cranial bump on the head, symbolizing wisdom), and he wears the robes of a monk.

Maitreya, also known as the future Buddha, who has still to come, is now thought to be waiting in Tushita Heaven for the right time to come down to earth. Tushita heaven is one of the thirty-three heavens over Mount Meru and is considered the special field of Maitreya. Tibetans believe that if someone makes statues and thangkas of Maitreya Buddha and chants the mantra "The Promise of Maitreya Buddha," that person will be reborn in Tushita Heaven after death.

The two distinctive marks of Maitreya are the stupa in his crown and the scarf wound and tied around his waist.

Shown with an extremely sweet and gentle countenance, he holds in his right hand, between the thumb and forefinger, the stem of a lotus flower. The bloom of this lotus supports a wheel. This is the Buddhist wheel of spiritual instruction. His left hand holds the stem of a flower which supports a vase at his shoulder level. 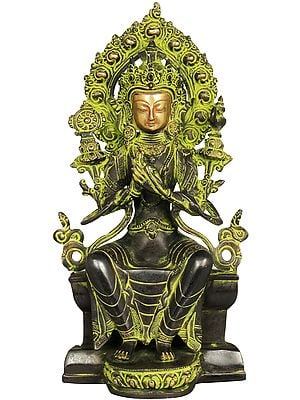 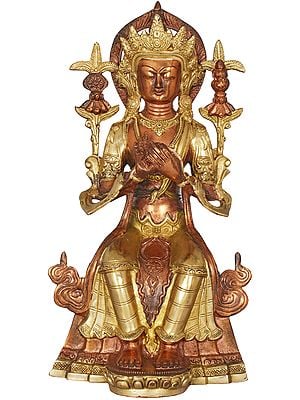 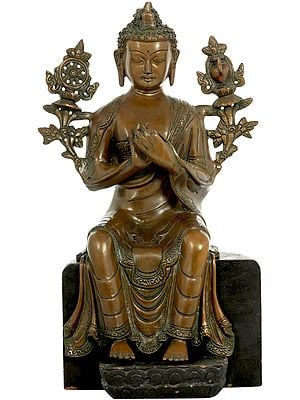 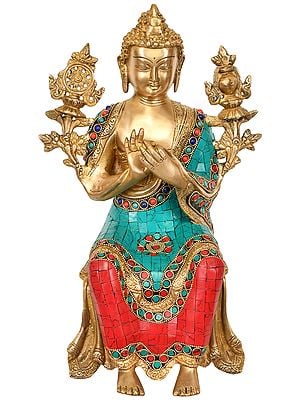 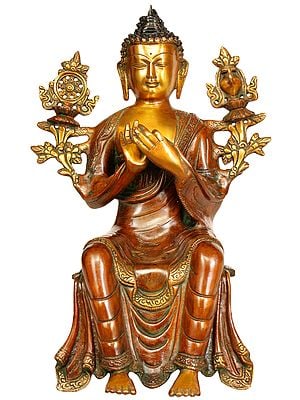 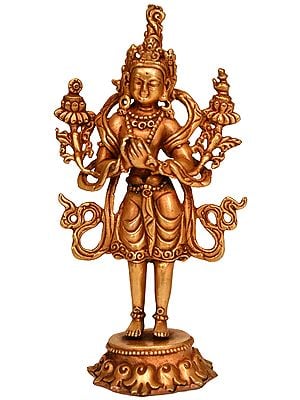 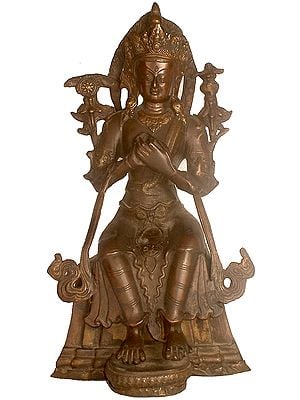 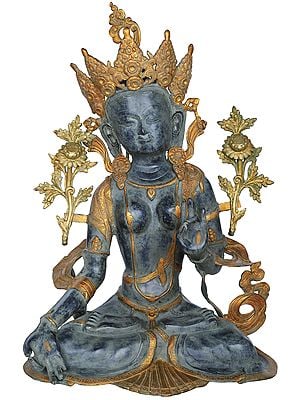 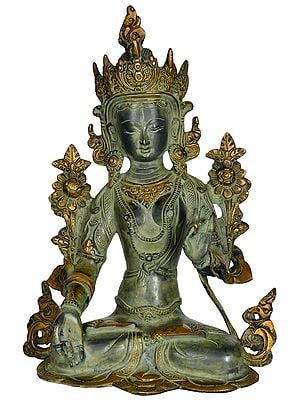 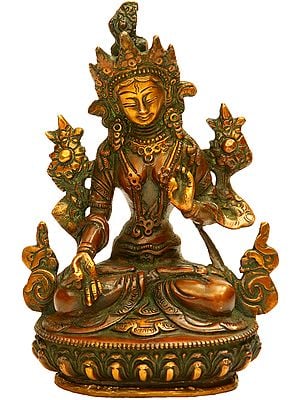 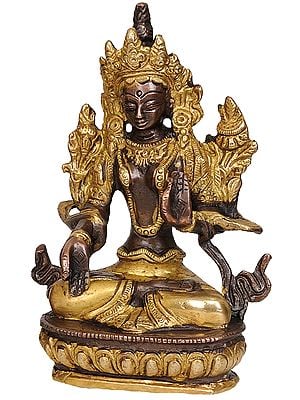 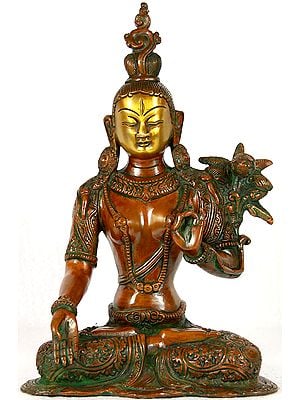 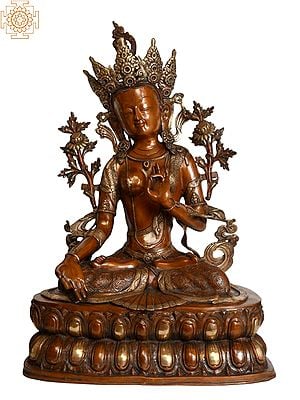