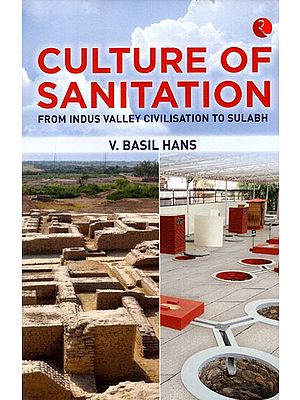 Culture of Sanitation from Indus Valley Civilisation to Sulabh

The book analyses sanitation conditions as well as practices and places them in the context of human behaviour and culture. The author identifies intricate issues, explores alternative strategies and generates new knowledge about the prevalence of sanitation in human society from the past to the present.

Even though there is a lot of hope offered by the PM Modi's Swachh Bharat Mission (SBM) sanitation initiative, 65 per cent of India's population still has no toilet facility. There is increasing evidence that India is heading towards a major sanitation crisis in the coming years. Hence, a holistic approach and an integrated strategy are needed to combat the urgency of the situation.

In order to create a high-engagement public discourse on sanitation and also develop positive and sustainable sanitation practices, we need to understand the community outlook towards defecation, clean environment and personal hygiene, theoretically and empirically. Hence, its study needs to be made a part of academic curriculum all over the country.

The book also traces the journey of Sulabh which started with the goal of social and economic liberation of the scavenging community, and has today reached a phase of disseminating innovations and creating awareness on sanitation and hygiene through mass communication, education and research. This book calls for a convergence towards the sustainable environmental management model championed by Sulabh International in order to achieve the best of human development and ecological health in the country. This volume will benefit scholars, teachers and policymakers immensely.

EASTERINE KIRE iS a poet, short story writer, and novelist from Nagaland. She wrote A Naga Village Remembered in 2003—the first Naga novel in English. In 2013, she was awarded the 'Free Word' Prize by Catalan PEN, Barcelona. Her novel, When the River Sleeps, won the Hindu Prize for Best Fiction, 2015. Her latest novel, Son of the Thundercloud, was awarded the Tata Book of the Year Award, 2017, and the Bal Sahitya Puraskar, 2018. Kire has a PhD in English Literature from the University of Poona.

As far as cleanliness is concerned, Mahatma Gandhi's message and mission were of creating a clean and healthy environment alongside the emancipation of the so-called untouchables like manual scavengers. Today, this message and mission are carried forward with real fervour by individuals like Hon'ble Prime Minister Narendra Modi and institutions like Sulabh International.


The Swachh Bharat Abhiyan is the latest sanitation programme in a long line of programmes, going back to the First Five Year Plan in 1954 when the rural sanitation programme was introduced. It was announced on 2 October 2014 with the objective of achieving universal sanitation and making India open defecation-free by 2019, the 150th birth anniversary of Mahatma Gandhi.


The abhiyan offers a promising solution to address the issues of sanitation and water in languishing rural areas and rapidly urbanising ones. Many districts and states of India have been progressing fast towards that goal but much still needs to be done. Though sanitation was historically and culturally rooted in India, today 48 per cent of the country's population defecates in the open.

The book Culture of Sanitation: From Indus Valley Civilisation to Sulabh, authored by Dr V. Basil Hans is a welcome and commendable addition to the literature on sanitation. Sanitation though an issue of critical significance often takes a backseat in discourses on environment. But its role in not only creating an ecologically sound physical ambience, but also setting a stage for healthy and sustainable livelihoods is invaluable. Sanitation is a subject that needs to be understood and analysed from a multi-dimensional perspective and this book by Dr Hans, which gives a comprehensive account of sanitation, is a critical input for creating a clean-green social space. Each of the nine chapters in the book has brought up a very important issue that is not only a useful data source but also provides room for further research in that area.

Sanitation assumes critical significance in an age in which tremendous harm is being done to the environment by waste generated both by human negligence and a development process that is insensitive to human well-being. The unprecedented growth of human population in many parts of the world, coupled with problems associated with providing safe living conditions, has resulted in sanitation emerging as one of the major challenges of our times. Growing inequalities between the rich and poor, leave the poor with no choice but to live under extremely hazardous conditions. How can those who cannot afford a 'safe roof' to live under, actually think of providing "safe sanitation" for themselves. It is in this background that sanitation has emerged as one of the major challenges of our times.

The book has engaged in a discourse on sanitation that gives critical inputs for understanding sanitation from multiple perspectives. The discussions in this book clearly point to the fact that sanitation is a subject which is inter-disciplinary in nature. It has a sociological dimension, a political economy angle, a cultural context and of course economic implications. 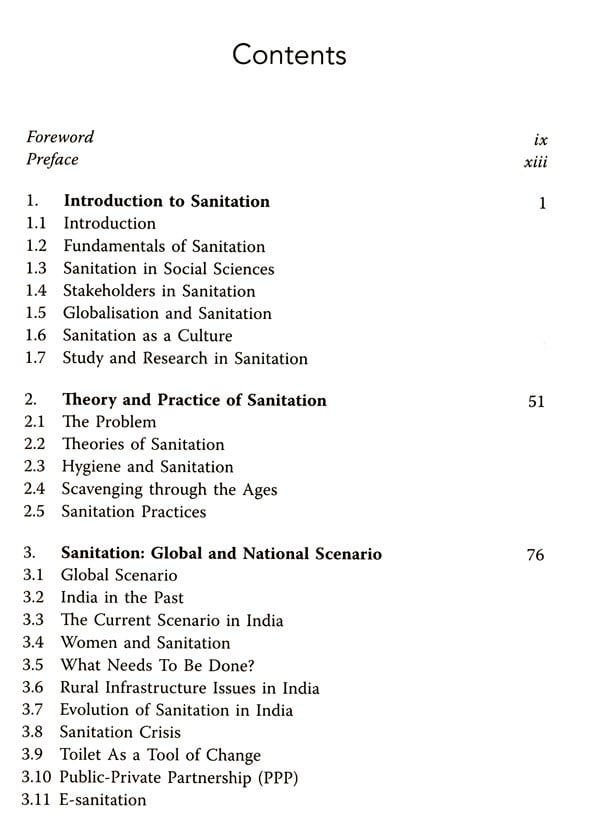 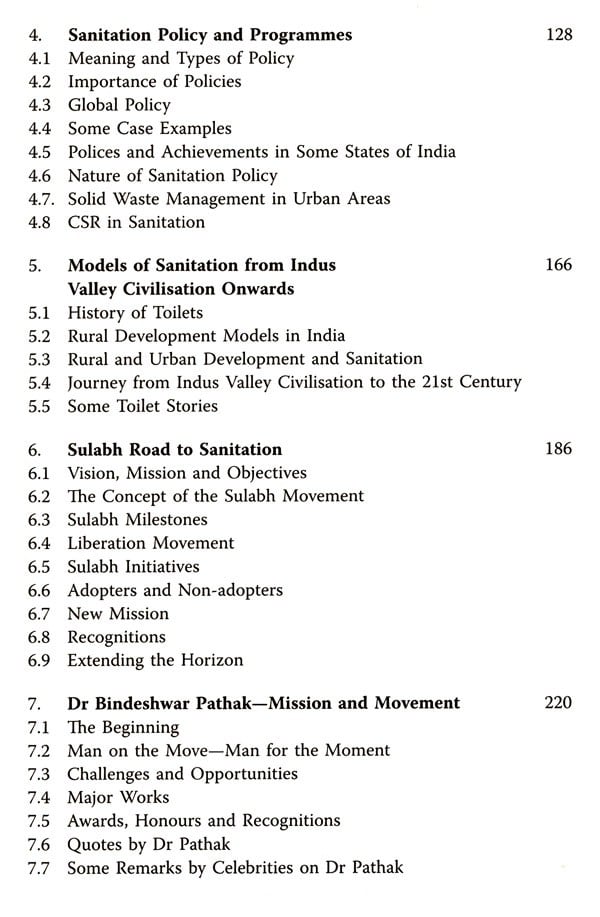 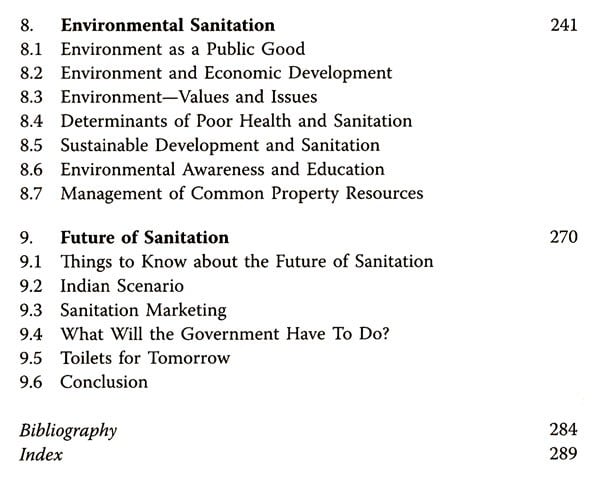 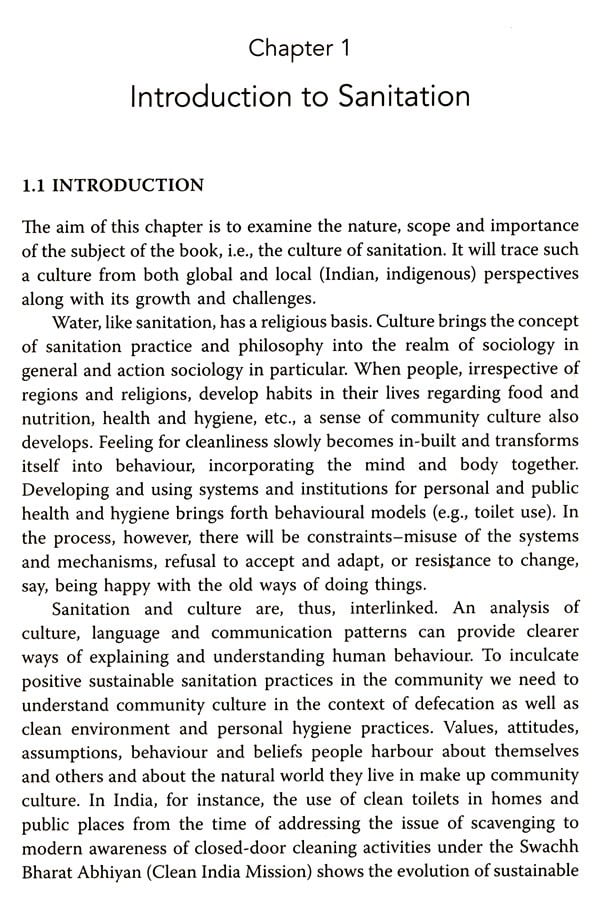 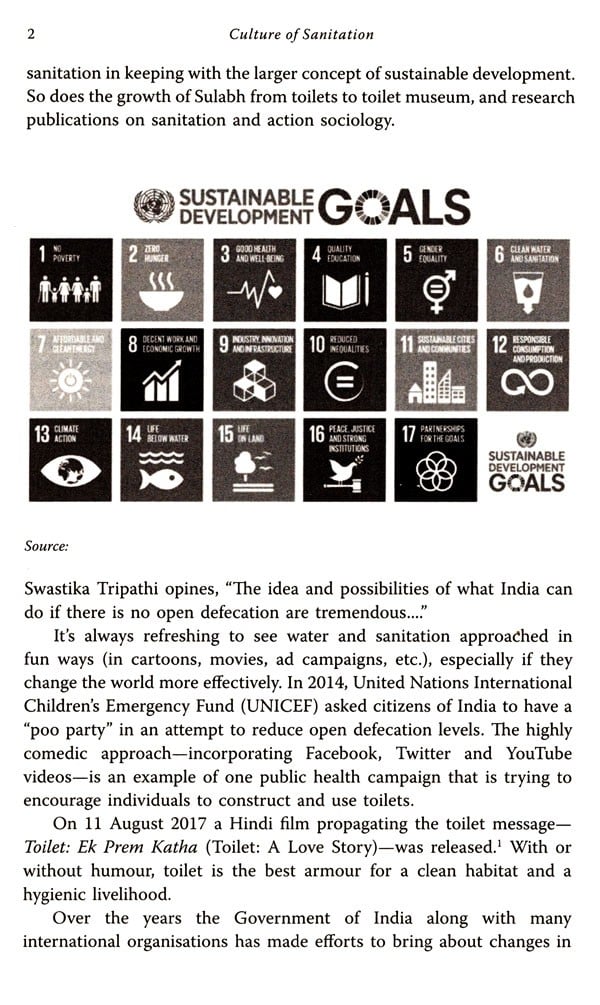 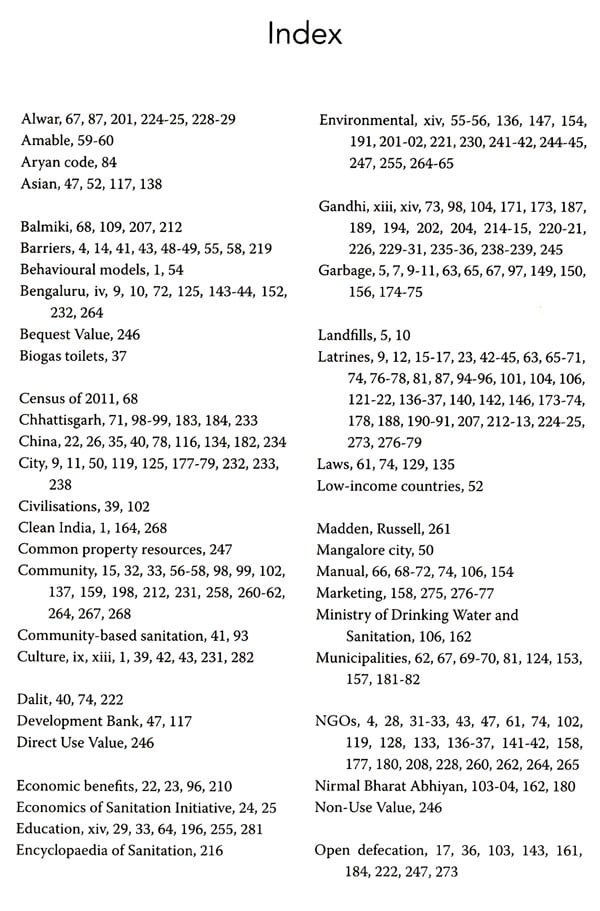 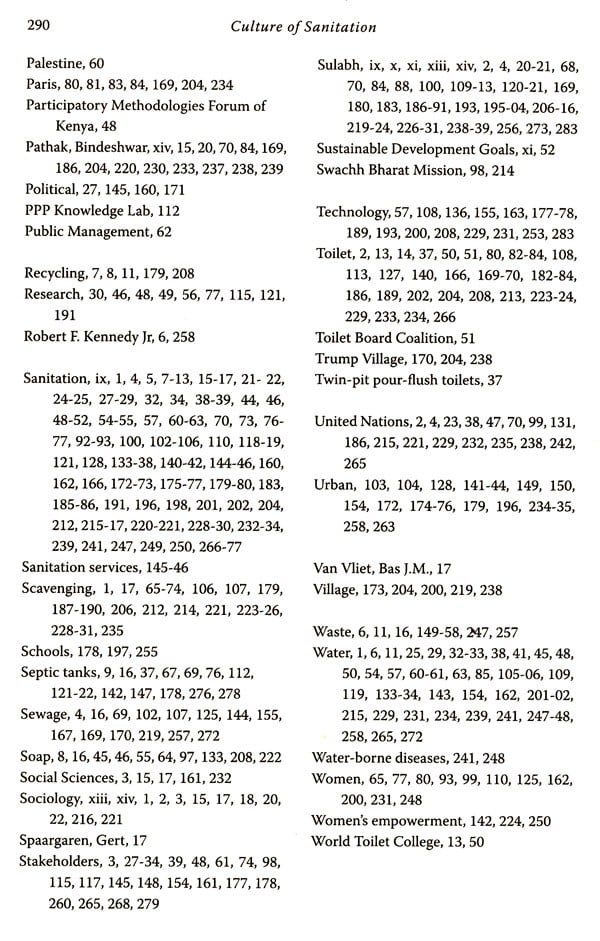