Red Tara Commentary (Instructions For The Concise Practice Known As Red Tara: An Open Door To Bliss And Ultimate Awareness)

Tara is one of the chief Vajrayana deities worshipped as the female aspect of the Buddha. The practice of Red Tara is a supreme vehicle for arousing both intellectual understanding and meditative realization of non-dual awareness. These practices include an extensive cycle of preliminary observances, dream yoga, healing practices, and yoga of the subtle energies. This book leads the practitioner through the Red Tara practice step-by-step, explaining its meaning and offering detailed instructions. It is of particular value to those new to Vajrayana Buddhism and deity practice. It also includes instructions not given in the original Red Tara text.

Chagdud Khadro (Jane Tromge), wife of His Eminence Chagdud Tulku Rinpoche and a lama of the Nyingama school of Tibetan Buddhism, met Rinpoche in India in 1977 and became one of his first Western students to receive the Red Tara empowerment.

In 1979 she and Rinpoche moved to the United States, where she worked tirelessly as interpreter, administrator, writer, and publisher to facilitate Rinpoche's dharma activity. She now lives at Khadro Ling, Rinpoche's main center in Brazil, and travels throughout the world giving empowerments and teachings. Her two other books b based on Rinpoche's teachings are the Dudjom Tersar Ngondro Commentary and P'howa Commentary.

His Eminence Chagdud Tulku Rinpoche, a highly revered master of the Nyingma tradition, has taught widely throughout the world and has established many centers for the study and practice of Vajrayana Buddhism, His main center in North America is located at Rigdzin Ling in Junction City, California. He currently lives in Tres Coroas, Brazil, where he is establishing his South American seat.

In This Revised and reformatted edition of the Red Tara commentary, various errors have been corrected and stylistic changes made. This edition also includes instructions for sections not in the original practice text: the Mandala offering, the feast offering and the meditation for the dead.

Once again I thank all those who have helped produce this book and Chagdud Tulku Rinpoche, who has offered me the great privilege of presenting his teaching. May the powerful flow of his intention and his example inspire all who read this book and meditate on Red Tara. May all beings benefit.

THESE WRITTEN INSTRUCTIONS for the concise Red Tara practice come from my wish that others might gain as much benefit as I have from Tara meditation. My life has been very fortunate, but still, as with all be- ings caught in samsaric confusion, there have been times of emotional and mental turmoil, times of illness.

In those times, by the compassion of my heart's lama, Chagdud Tulku Rinpoche, I have had a reliable method to work through obstacles, to find deep levels of comfort not dependent on outer citcumstances and to penetrate, if only momentarily, the obscuring cover of my mind's delusion. This method is Red Tara practice, and since having been given this wish-fulfilling gem, my life has gained rich meaning and focus.

As I wish blessing and full accomplish- ment of Tara practice for myself, I also wish this for all others. I hope that these instruc- tions help and clarify your practice. I apolo- gize in advance for any mistakes in this first edition. The instructions are meant to be used in conjunction with the short Tara .practice text published by Padma Publishing. Also, they are not meant to stand on their own, but to supplement oral transmission by a quali- fied teacher.

Even a small project such as this book has required enormous help from many of my vajra brothers and sisters, particularly Tse- ring Everest, without whose insightful and in- telligent translation of the teachings these in- structions could not have been written.

Beyond simple gratitude, I bow in rever- ence before my precious teacher, Chagdud Rinpoche, whose faith in Westerners' ability to comprehend the sacred Buddhadharma is unsurpassed and who displays Tara's bless- ings as wisdom nectar, rainbow light and fireworks.

Countless aeons ago, in a time beyond the beginning of our time, a buddha appeared in a worldly realm called "Various Lights." A princess in that realm, named Moon of Wis- dom (Tib. Yeshe Dawa), developed great faith in and devotion toward the buddha. She paid homage with body, speech and mind, . making immeasurable offerings to him and his retinue. When, by virtue of her vast accu- mulations of merit and pristine awareness, the thought of supreme enlightenment awak- ened in her, the monks of the realm advised her to pray for rebirth in a male body, for they thought that such a body would be a su- perior vehicle for enlightenment.

Because Yeshe Dawa had realized the empty nature of all phenomena, she recog- nized that there was no inherent reality in either the male body or the female body.

Confronted by the relative reality of ignorant insistence on such differentiations, however, she made the commitment always to take re- birth in female form.

Eventually she attained a profound medi- tative state from which she was able to place innumerable beings in realms beyond suffer- ing. In our own world system she manifested as Tara through the compassion of Avaloki- teshvara (Tib. Chenrezi), and here she made the particular vow to liberate beings from eight great fears that are the projections of negativities within the mind. These are fear of elephants as the projection of ignorance, of fire as the projection of anger, of lions as pride, of robbers as false views, of floods as avarice, of snakes as jealousy, of handcuffs (imprisonment) as miserliness and of demons as doubt. This traditional delineation of fears encompasses all the fears and phobias that arise from our habits of attachment and aver- sion. Ultimately Tara offers liberation from any fear of samsaric suffering. For this reason she is called the Swift Savioress.

Tara is the female buddha. Although all feminine deities are aspects of and insepa- rable from her, we pay particular homage to twenty-one Taras who emanate as goddesses of the padma, vajra, ratna and karma fami- lies. The methods we use to attain the enlight- ened qualities of Tara have been passed down through many perfect lineages of highly real- ized Tibetan Buddhist practitioners.

The lineage of this Red Tara meditation practiced under the guidance of Chagdud T ulku Rinpoche began in an exalted way in the intentional mind of Amitabha Buddha. From Amitabha it passed to Avalokitcshvara and then to an emanation of Tara herself. From Tara it went to the renowned Indian Buddhist master Nagarjuna and then to Pad- masambhava, the great Buddhist teacher who brought vajrayana Buddhism to Tibet in the ninth century. Padmasambhava gave this teaching to the son of the Tibetan king Tri- song Detzen. He also gave it to his wisdom consort, Yeshe Tsogyal, and asked that she hide it as a treasure to be discovered at a later time, when it would produce the most benefit. Thus, the treasure of the Red Tara cycle was discovered and codified more than a thousand years after Padmasambhava, by Apong Terton, a great Nyingmapa lama who lived in this century. Its formal title is The Condensed Essence of the Treasure of Su- preme Enlightened Mind: The Mandala Rit- ual of the Noble Red Tara Called the Wish- Fulfilling Essence.

At the end of his life, Apong Terton sum- moned a monk whom he had initiated into Red Tara and told him, “I am dying-I ask that you do something for me. When I am seventeen years old in my next incarnation, come to me and give me the initiation and oral transmissions of the complete Red Tara treasure. "

After Apong Terton died, the Chinese con- solidated their conquest of Tibet, and the monk, like so many others, was forced to flee. He became a refugee in the small country of Bhutan. Apong Terton reincarnated as His Holiness Sakya Trizin, head of the Sakyapa tradition of Tibetan Buddhism. When Sakya Trizin was seventeen years old, the monk tried to go to him at a place near Dehra Dun in northern India, but he could not get a pass- port. It was not until several years later that he, appearing rather ragged in the richly or- namented meditation hall of Sakya Trizin's monastery, was able to meet his former teacher.

A few moments after the monk spoke to Sakya Trizin, the assembly of monks in the shrine room was surprised to be dismissed and to learn that His Holiness would take ini- tiation from the outwardly undistinguished visitor. The monk then gave the Red Tara ini- tiation to Sakya Trizin and Sakya Trizin's re- markable sister, Jetsunma. 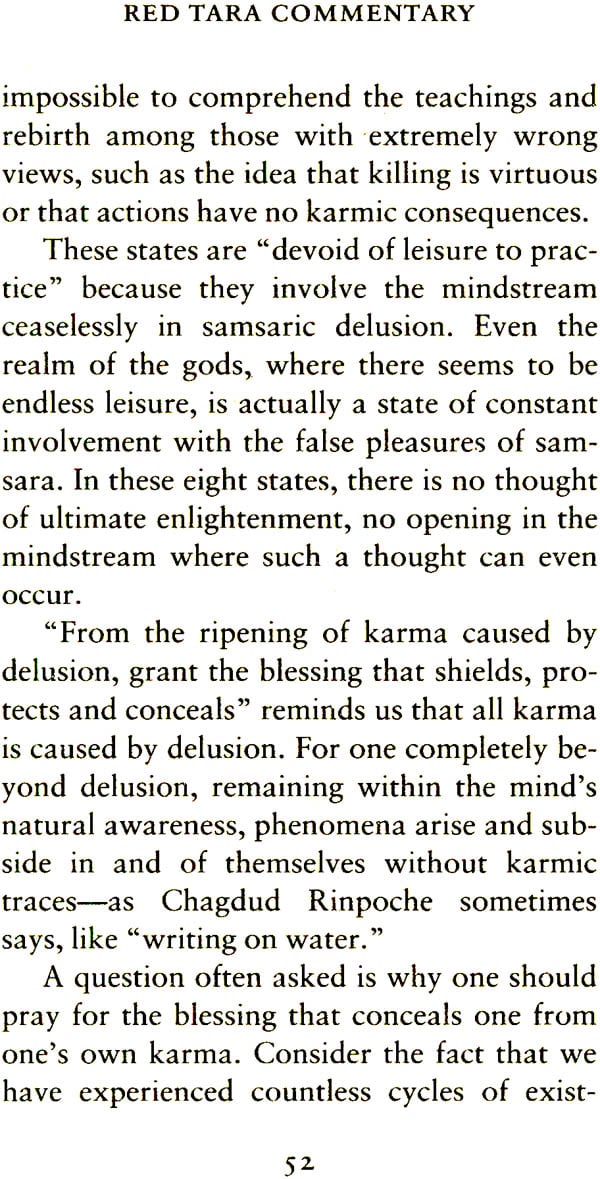 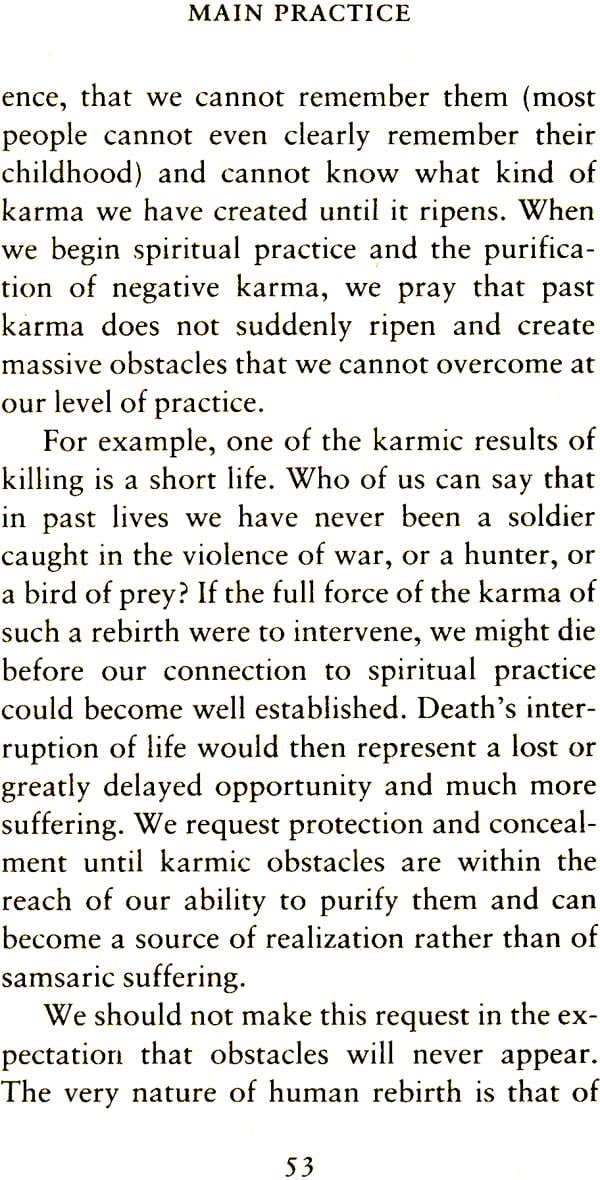 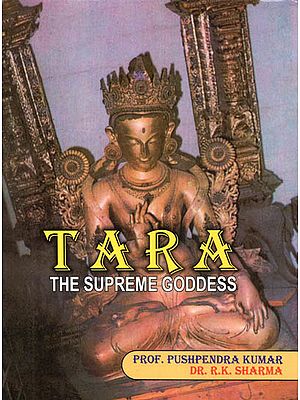 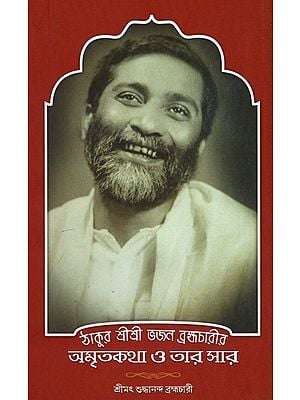 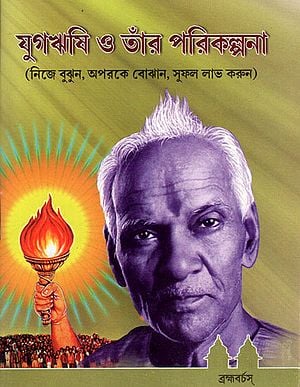 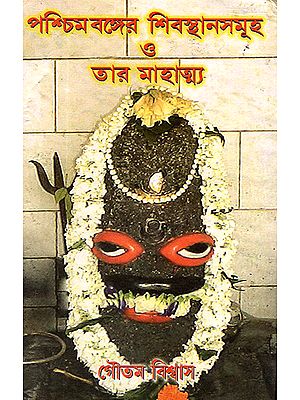 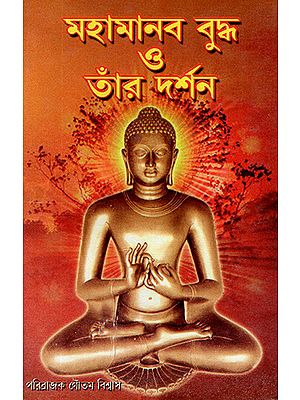 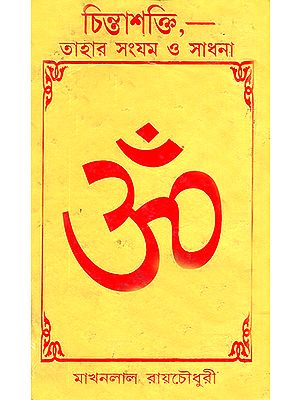 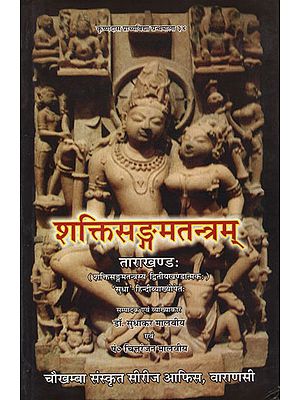 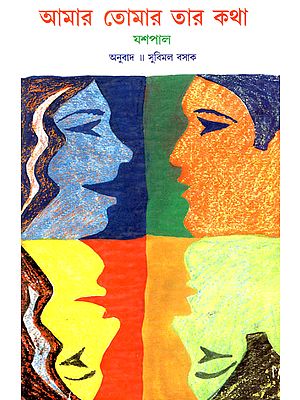 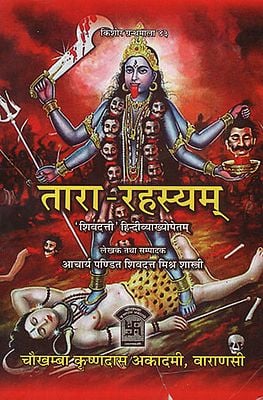 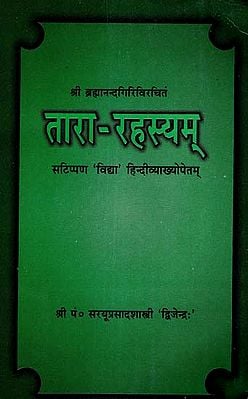 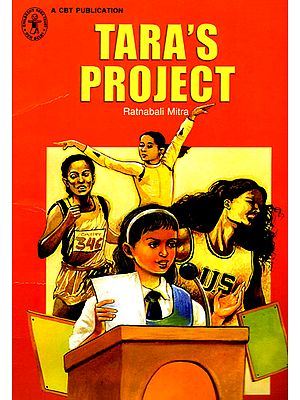