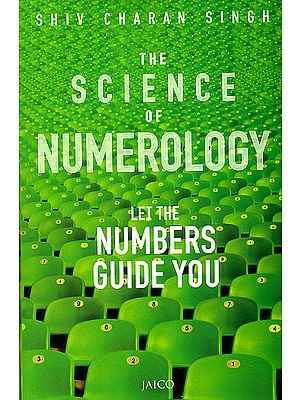 The Science of Numerology (Let the Numbers Guide You)

$24.50
Quantity
Notify me when this item is available

Shiv Charan Singh teaches from the depths of his soul and asks you to respond from yours.

He can turn his all seeing gaze into words, and with those words, peel away the protection, leaving me wondering why I have not done all that I must for the care and manifestation of my soul. A rare gift.

Opens a door to a profound state of wisdom. His teachings are vibrant, vital and at the same time extremely practical.

- Ward Veazy, artist and designer Numerology is perhaps the old

est of the divination arts and at the heart of many religious systems. The Science of Numerology provides the real spiritual base for the use of numbers, illustrating why they have their own integrity. It explains why they relate to particular psychological states and shows how they can be used for diagnosing life's problems and to provide solutions. It shows how numbers are a mirror of our very essence, explaining the relevance of time cycles and dates of birth.

As an offering of the formula behind all formulas, it offers no quick fixes, but presents numerology as a multi-faceted jewel that you will want to refer to again and again in your life.

Shiv Charan Singh has studied numerology and the esoteric sciences since his childhood. After studying with several masters he now directs the Karam Kriya School of Applied Numerology in London and is the founding director of the Kriya Centre for Kundalini Yoga teacher training.

In April 1996 I met Yogi Bhajan to discuss the numerology I had been researching since my teenage years. I described how I had been working with it and he put me to the test immediately by asking me to interpret the numbers of his date of birth. This I proceeded to do and within a few moments he interrupted me to say that what I was doing was Karam Kriya. He went on to describe this practice further through a discussion about time and our relation to time and space and with a drawing of a tree where each part of the tree related to a part of the date of birth. The organic image of the tree and the name Karam Kriya resonated immediately as I felt how it synthesized more than twenty years of my intensive study and contemplation of this most universal but also mysterious language of numbers. It is through his inspiration and encouragement that I have written this book.

I am grateful for this opportunity to acknowledge the chain of the teachings through the teacher. Yogi Bhajan, whose outpouring of practical, spiritual wisdom is beyond measure of value, has been a great source of inspiration for me and has consistently and unremittingly pointed the way to awakened consciousness and the discovery of God within and without.

Some of the material in this book is based on the teachings of Yogi Bhajan in reference to the ten Spiritual Bodies and a system for interpretation of the date of birth; any misrepresentations are my own responsibility. The presence of additional material is the outcome of my extended research and is not felt to be in conflict with Yogi Bhajan's teaching. My descriptions of the numbers in relation to the ten Bodies and their positions are a summary of my own experience and observations.

The material in this book has been put together thanks to the encouragement and instruction of several other teachers; the Chinese Master who will not be named but, amongst other things, helped me deepen my understanding of the numbers in relation to the elements and the different grid arrangements and the many students who continue to teach me in various ways. My thanks also to my extended family who keep me down to earth and to the mystical poet Guru Naanak whose words and sacrifice keep my spirit exalted.

Finally my appreciation to all at Publishing, especially John Hunt, for recognizing the value of the material and taking the risk and a special thanks to Maat Barlow for dedicating endless hours to editing the material.

As a teenager I enjoyed the whole idea of magic but, as may be natural to a human creature of that age, it was the manifestations and the capacity to fascinate others that so attracted my attention. I set out to investigate the laws of magic and enjoyed the illusion of power that came from knowing things about my friends and enemies that they did not seem to know about themselves. Irresponsible as I may have been it was, nonetheless, clear to my investigative intelligence that there was a common language behind all systems of mystical, magical, and esoteric knowledge. That common language is the language of number.

Yet even within the world of numerology there are different systems of interpretation and use that exist. Egyptian numerology specialized in sacred geometry and divine proportion in building. Chinese numerology examined the space within the building and the numbers of time cycles. Hebrew numerology studied the link between letters and numbers and gave birth to the Kabala. Indian numerology was more abstract and metaphysical, studying the planets and astrology.

Pythagoras was one of the first teachers who had enough vision to see the all-pervasive existence of numbers as the base to every form of study. He brought the attention back to numbers and called on them to illuminate all aspects of life. Yet again and again as systems like the Kabala, Feng Shui, the Tarot, and the Eneagram came into being the focus shifted to the systems themselves and how they could be used, while the numbers that had been their foundation faded into the background.

So it was that a few years later, after a series of adventures into the darker sides of magic, coupled with the deepening insight in the gullibility of the average human being, I started to question t ethical aspect of what I was involved in. These questions led me abandon the world of man-made magic and to explore the natu of the magic that made man; in other words a spiritual search. I as that every religion builds up its teaching on the same backbone numbers. I stopped being interested in the yin yang polarity, t three deities, the four truths, the five passions, the six states, t seven chakras, the eight limbs, and the nine initiations. Instead was the numbers themselves that called me to honor them, to liste to them and to align with their innate nature without thinking what I could do with them.

It was the teachings of Guru Naanak and the humility that w. the foundation of his life that touched my heart in a way th corresponded with my innermost being. Guru Naanak was t founder of the Sikh way of life and was succeeded by nine other masters or Gurus, leading to the completion of the teachings in to form of the scripture known as the Sri Guru Granth Sahib. The Sik scripture contains a most universal, spiritual teaching in a beautiful poetic verse written by Hindu and Muslim saints as well as the gurus from the lineage of Guru Naanak. The very first passage that Guru Naanak wrote and which sits at the beginning of the scripture starts with the number 1. It declares the unity of the entire created creation.

With some signposts from my Kundalini Yoga teacher, Yogi Bhajan, I then realized how the existence of the ten Gurus, each praising the magic that made man, showed the way for a marriage between the study of number magic and a spiritual ethic. Wishing to place this in a modern context led me to establish the Karam Kriya School of Applied Numerology. The message is not new but needs to be renewed again and again. The greatest knowledge is not a secret that can be withheld by those wishing to manipulate it, nor is it a secret that must be withheld to prevent it from falling into the hands of potential manipulators. The true knowledge is an open secret that is available to all and does not lend itself to abuse. Only our misunderstanding that creates obstacles like pride, shame, fear, and doubt stop us from accessing

Vedic Numerology (A Treatise on Hindu Astronomy)
By G. V. Chaudhary
$48
Out of Stock 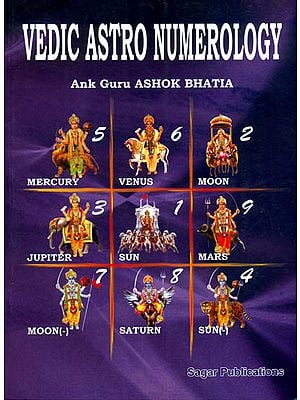 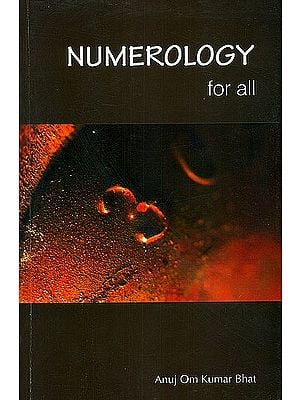 Numerology for All
By Anuj Om Kumar Bhat
$29
FREE Delivery 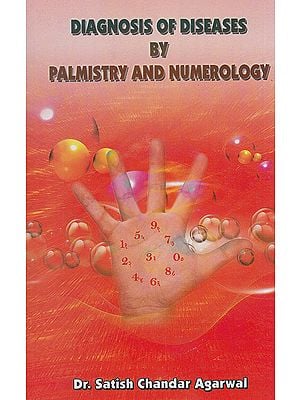 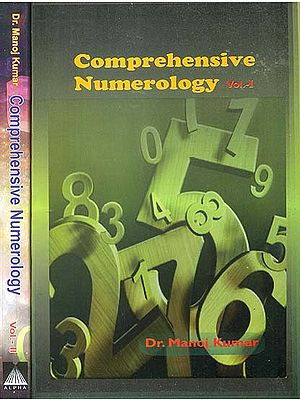 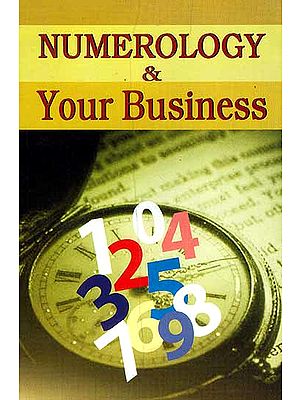 Numerology and Your Business
By V.Rajsushila
$16
Best Seller 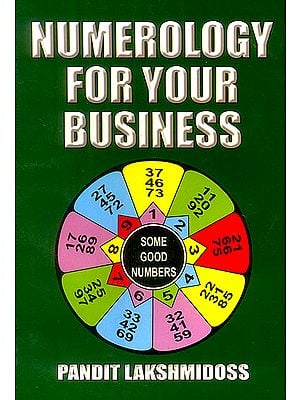 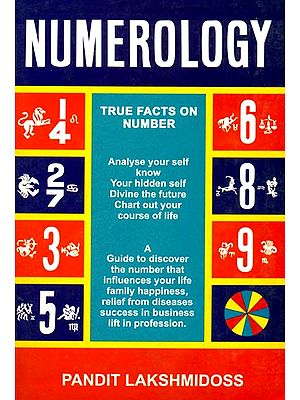 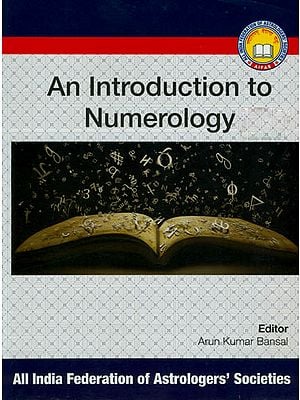 An Introduction to Numerology
By Arun Kumar Bansal
$22
FREE Delivery 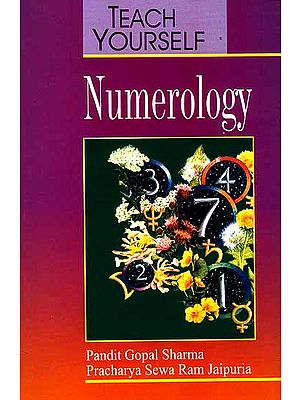 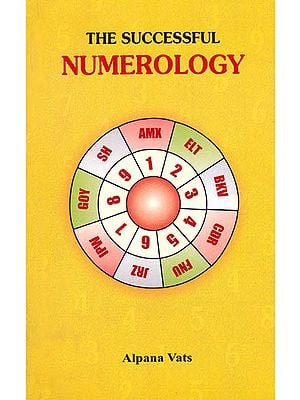 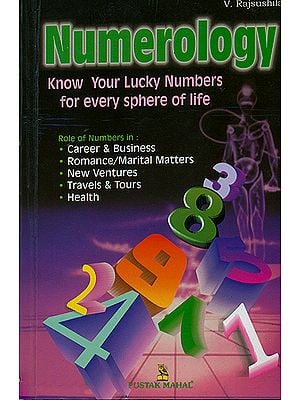